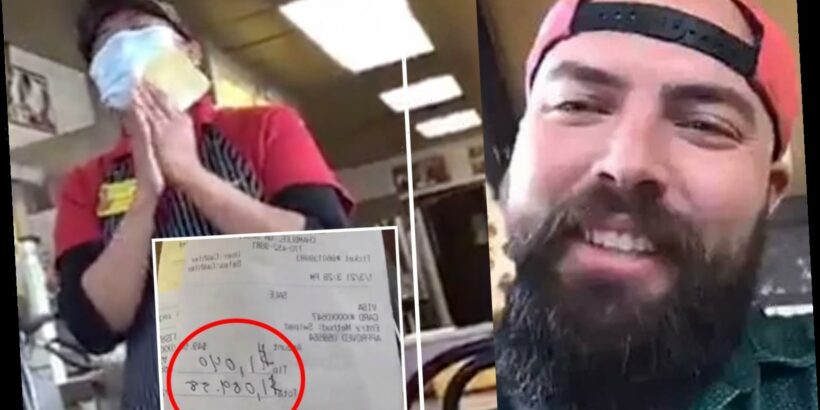 THIS is the incredible moment a Waffle House worker breaks down in tears after receiving a $1,000 tip.

Michael Carsley, from Atlanta, Georgia, surprised waitress Mosammat Shumi after he lost a fantasy football bet and spent 24 hours inside the restaurant. 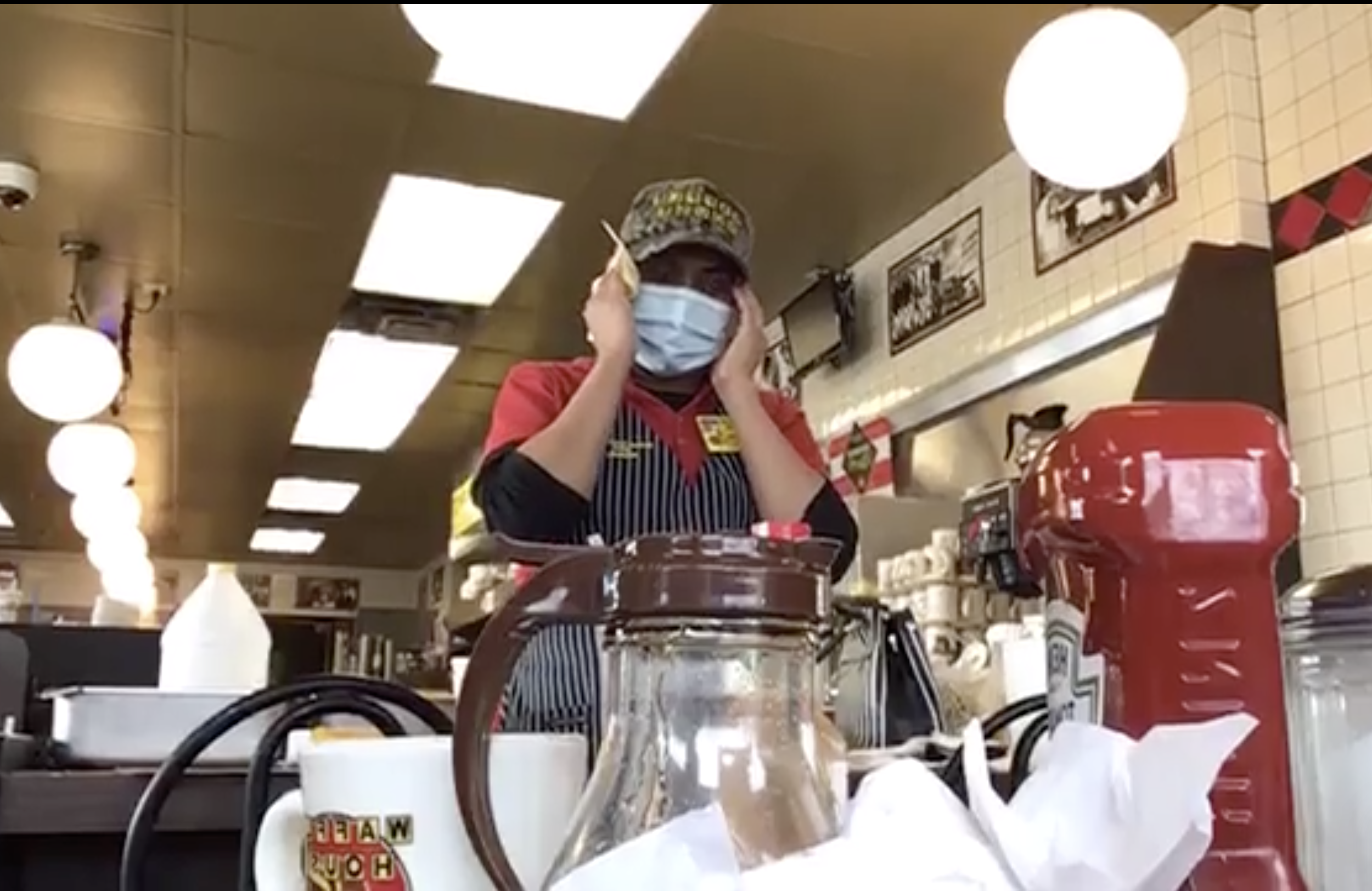 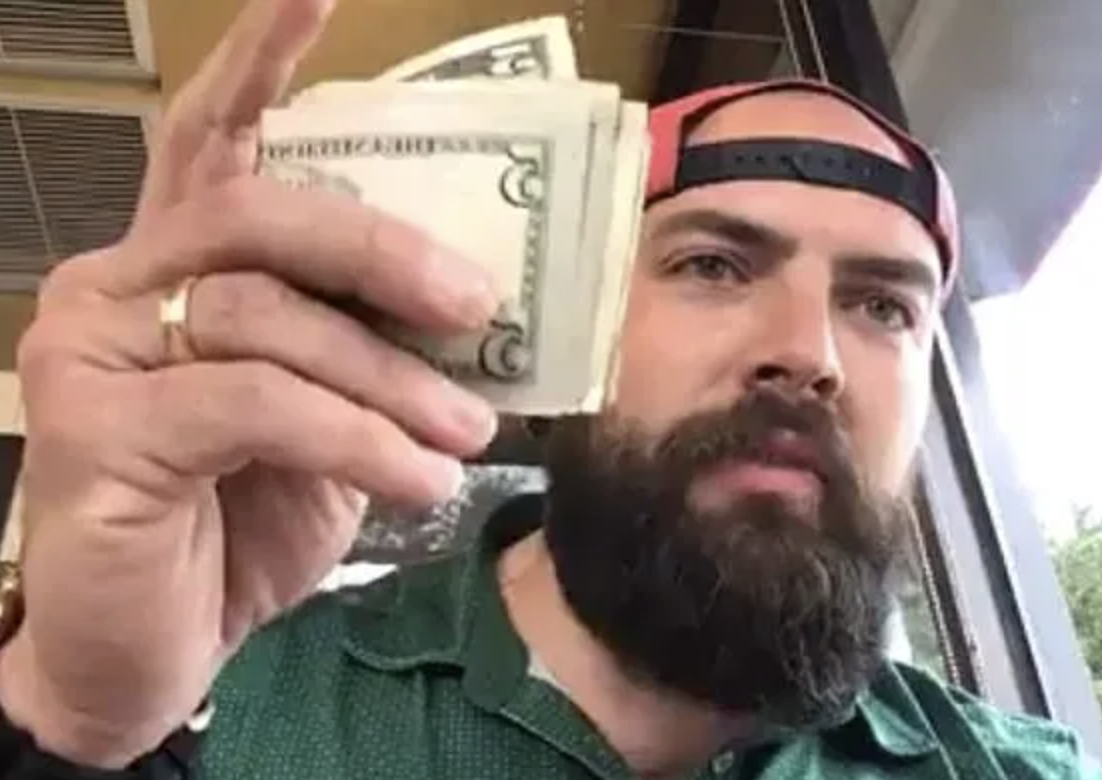 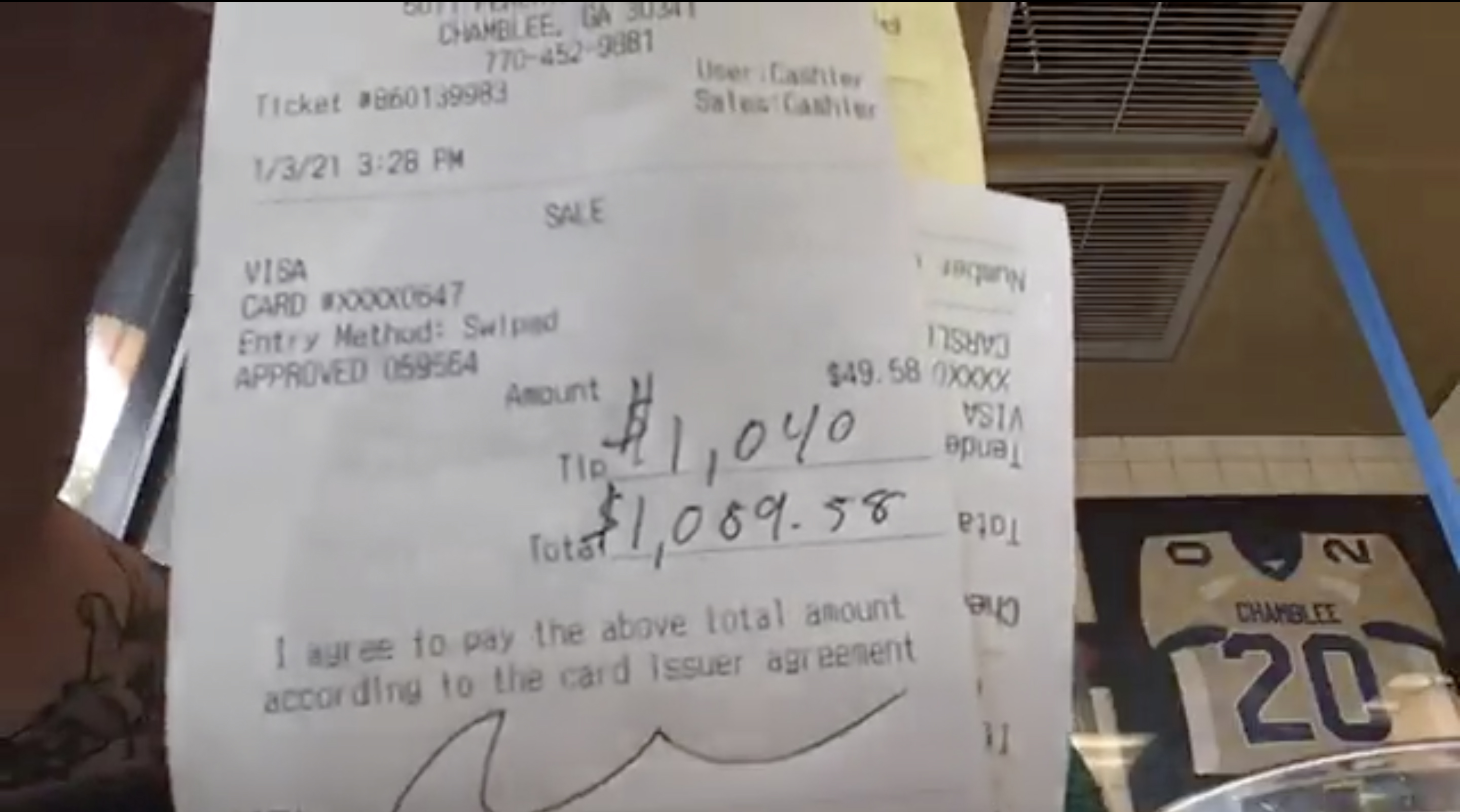 After coming last in his fantasy football league, Carsley's friends instructed him to eat inside the Chamblee chain for 24 hours on January 3.

For every waffle he ate, Carsley was allowed to shave an hour off his punishment time.

The salesman live-streamed the punishment to his friends who donated to help with the tab which he thought: "was kind of silly for people to be throwing money at me for a waffle".

Carsley then decided to post his Venmo account on live stream and towards the end of his challenge he had received 90 separate donations totalling $1,400.

The heartwarming moment of Shumi receiving the tip was all caught on Carsley's livestream.

"I wanted to give you this and to say thank you very much,’ Carsley is heard telling Shumi while handing her the generous tip.

"Thank you very much," she says towards the camera, her hands together in a prayer.

"Oh my god, really? Are you for real?" she continues, before breaking down in tears.

"We wanted to do something impactful for someone today," Carsley says to her.

"I can’t believe this," she says through tears.

According to CNN, Shumi had worked at the Waffle House 11 years.

"It was priceless. It was one of the better feelings I’ve ever had," Shumi told CNN.

"I’m still in shock," she continued. I talked to my family, to everybody."

A regular on the Sunday morning shift, Shumi says she has never experienced anything like the generosity of Carsley and his friends.

Delighted to have surprised Shumi and to have been able to help her, Carsley insisted that he hopes to avoid the same fate next year.

"All around in was a spectacular thing. The punishment was absolutely horrible, but it was more worth it than anything," he told CNN. 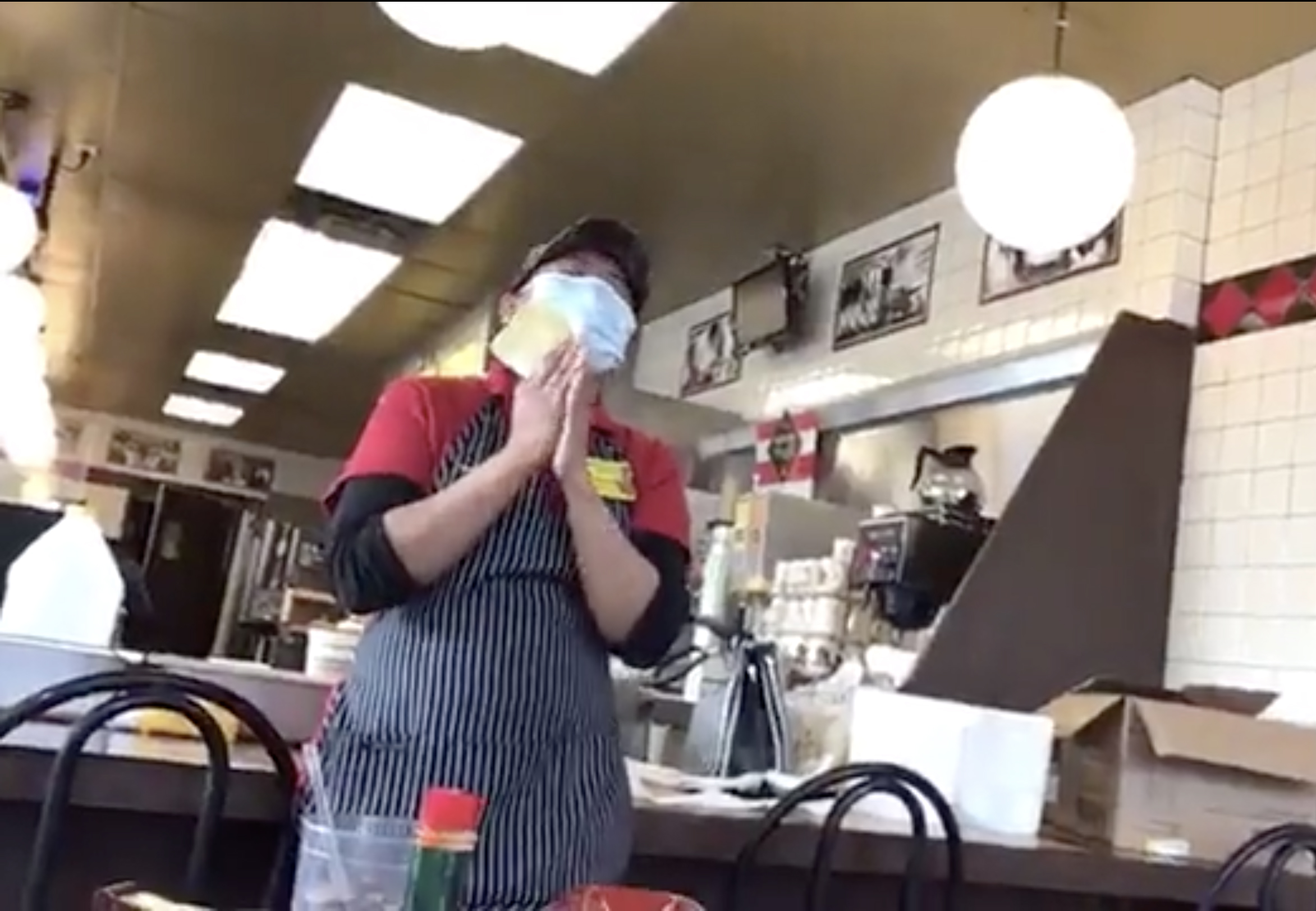 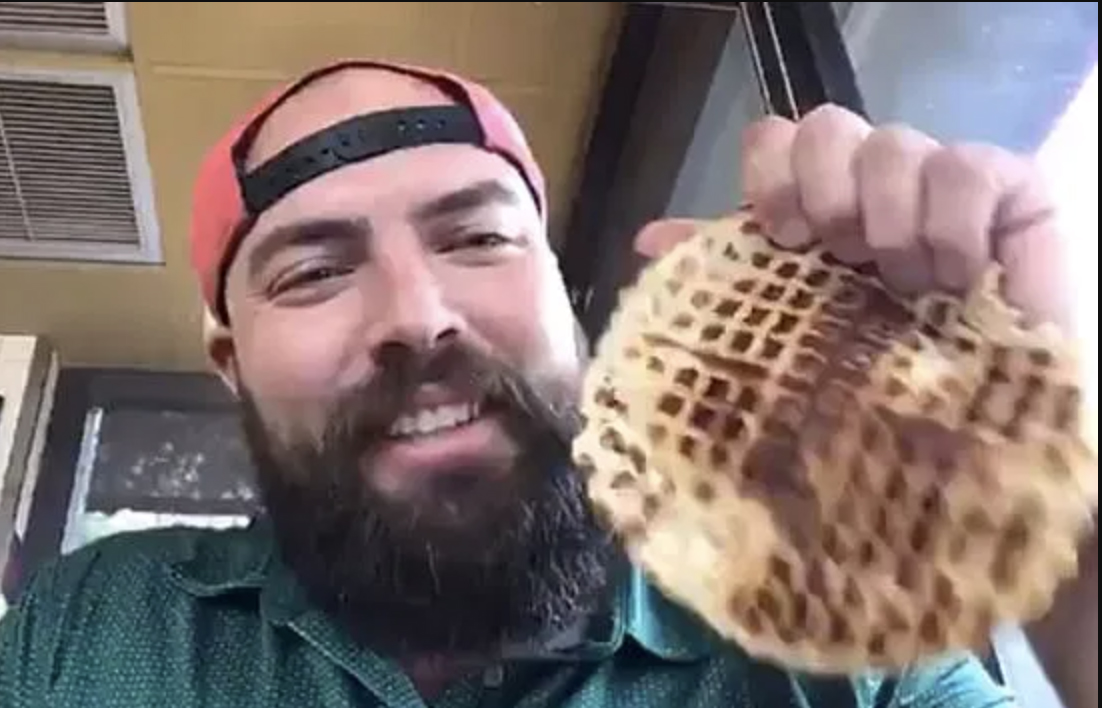