China’s state broadcaster has released adorable footage of four newborn baby pandas being looked after in a ‘panda nursery’.

The cute cubs, two pairs of twins born, are seen sleeping and wiggling around in their incubators in Chengdu, south-west China.

One of the pairs were one week and the other three weeks old when the video was shown by China Central Television Station yesterday. 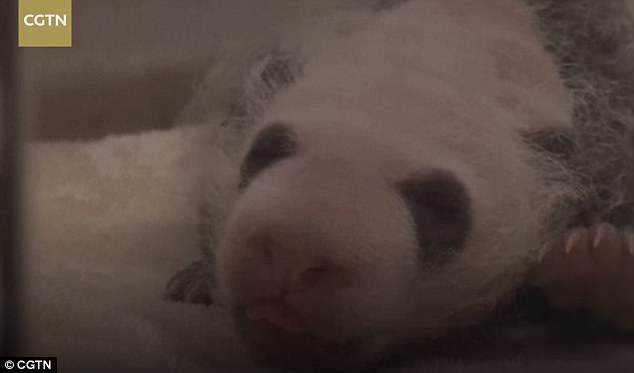 A three-week-old panda cub sleeps in her incubator at the panda nursery in Chengdu, China 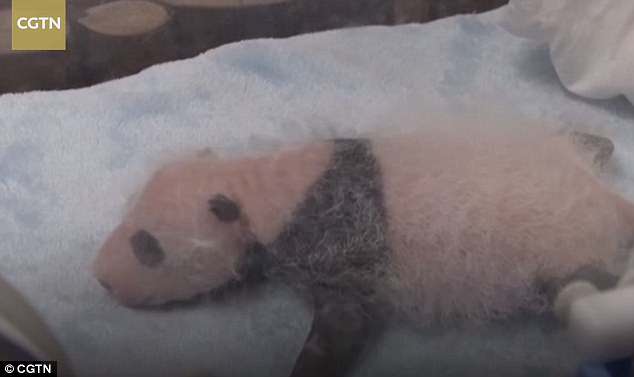 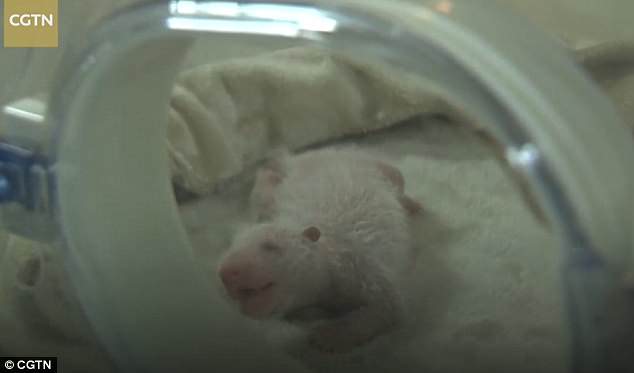 The footage has also been shared by the broadcaster’s international branch CGTN on Twitter.

The tiny animals were born at the Chengdu Giant Panda Breeding Base, the world’s largest artificial breeding population of captive pandas.

They are under around-the-clock care at the ‘Sun Delivery Room’, which is a part of the base’s panda nursery specialised in nursing newborn cubs.

All of the cubs are in good health, according to China Central Television Station’s reporter who visited the nursery yesterday. 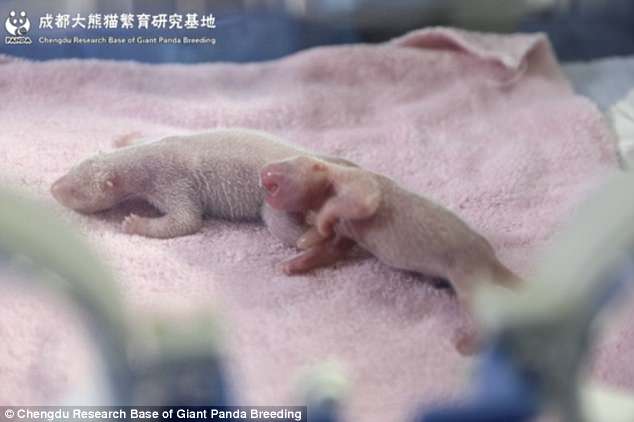 The older twins, called Mei Meng and Lan Meng, were pictured moments after they were born 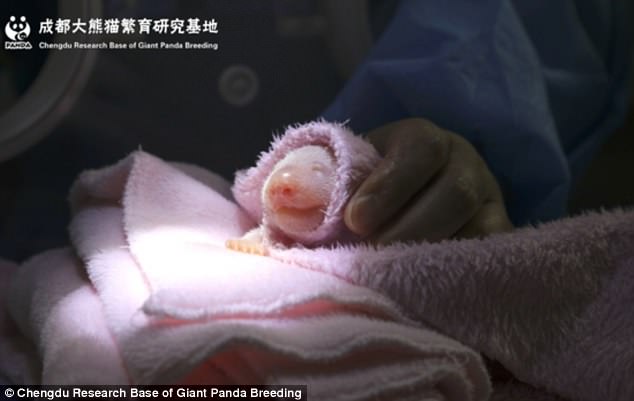 The cubs were born on May 23 to third-time mother Meng Meng which is 11 years old.

Keepers take the sisters body temperature every day by carefully putting them on a flat digital thermometer.

In order to stop them from wiggling on the thermometer, keepers would gently pat them on the back.

As the newborns’ digestive system has not developed fully, keepers also need to help them excrete.

The video also captures the moment how one caretaker tapped near one of the sister’s rear to help her pass faeces from her body.

The three-week-old cubs were learning how to move and roll around, said the reporter.

The younger pair of twins were the first cubs of seven-year-old panda Ya Yun, who gave birth on June 5. 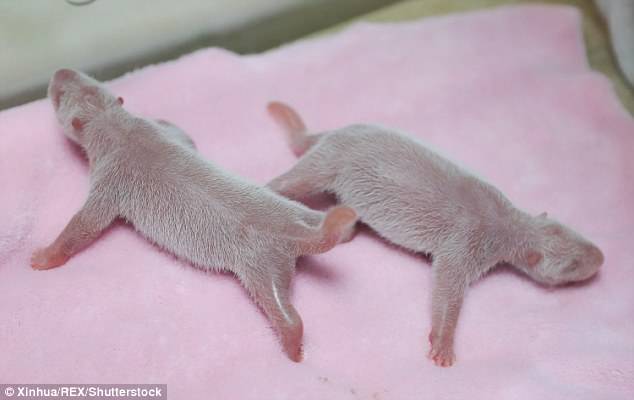 The younger twin panda cubs, a female and a male, were born on June 5 in Chengdu 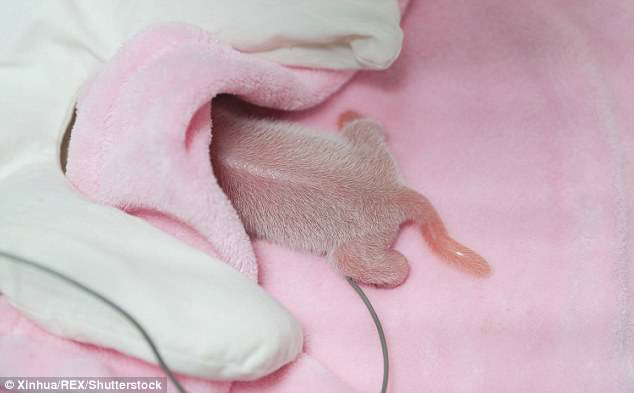 At just one week old, the pigeon pair’s black-and-white fur had started to show around their eyes, ears and neck, but they were largely pink.

The two cubs are yet to be named.

It’s reported that keepers need to weigh the week-old cubs once every two hours to monitor their growth.

Baby pandas are born pink, blind and without the iconic black-and-black fur.

They are born between the months of June, July and August because pandas’ short mating season is in spring.