The PM got stuck inside her car while the German Chancellor anxiously looked on.

The car door was stuck for around 12 seconds before staff could finally get it open.

Mrs May is on a whistle-stop tour around Europe today, having crunch talks with leaders over how to break the Brexit impasse.

She's meeting Mrs Merkel in Berlin today before dashing to Brussels to meet with Donald Tusk around 4pm and Jean Claude Juncker at around 6.15pm.

But they have refused to agree to re-open talks on the Brexit deal, saying they will only help her to try and get the deal through Parliment in other ways. 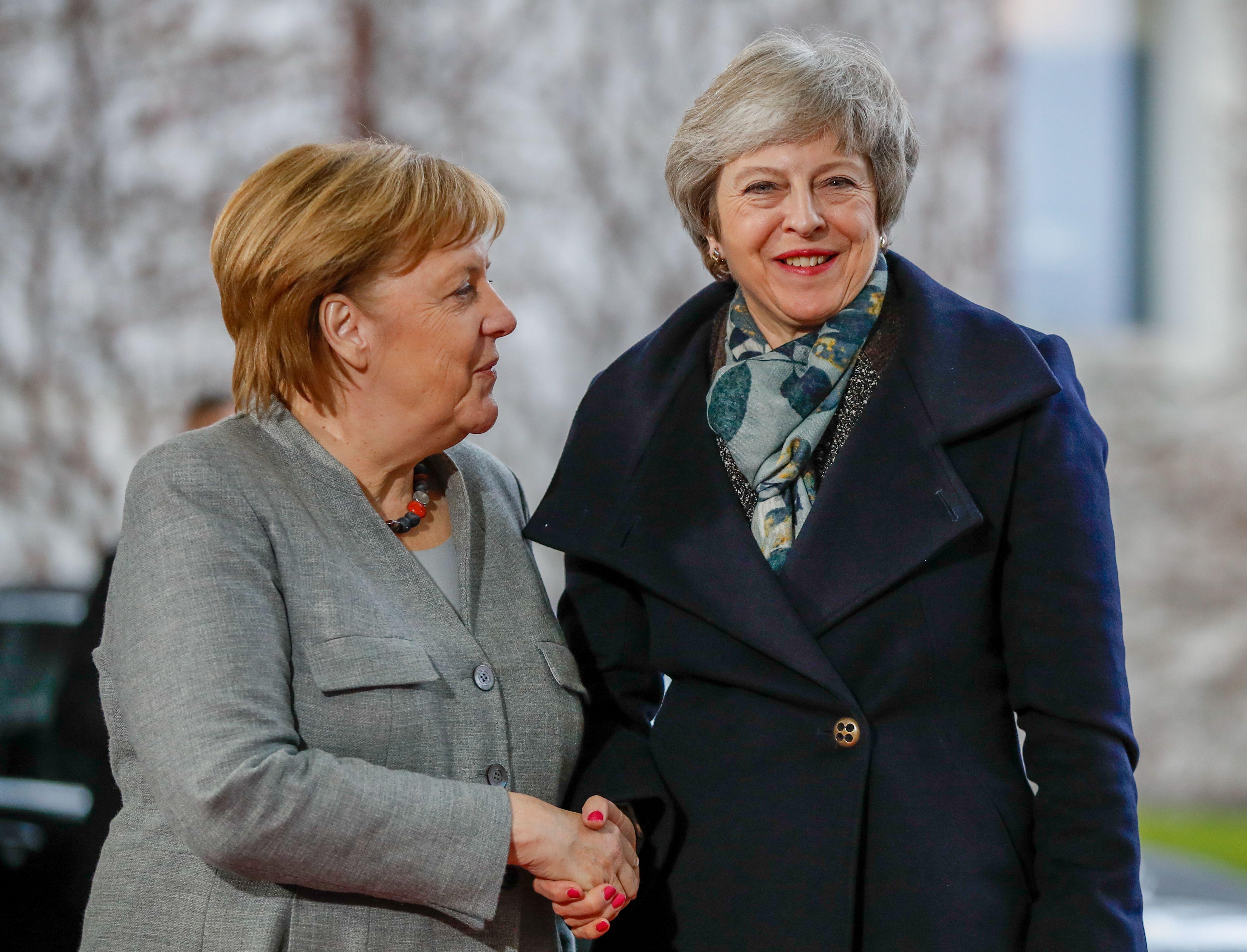 She will ask for a way to end the hated "Irish backstop" which Brexiteers fear will trap Britain in the European customs union.

But in an early blow for the PM's chances of success, Mr Juncker has already said there is "no room whatsoever" to make any major changes to the Brexit deal.

On another day of Brexit high drama: