BUCHAREST (Reuters) – Romania’s centrist President Klaus Iohannis, who has earned praise in the West for his anti-graft stance, won the first round of a presidential ballot on Sunday and will face former premier Viorica Dancila in a Nov. 24 runoff, exit polls showed. 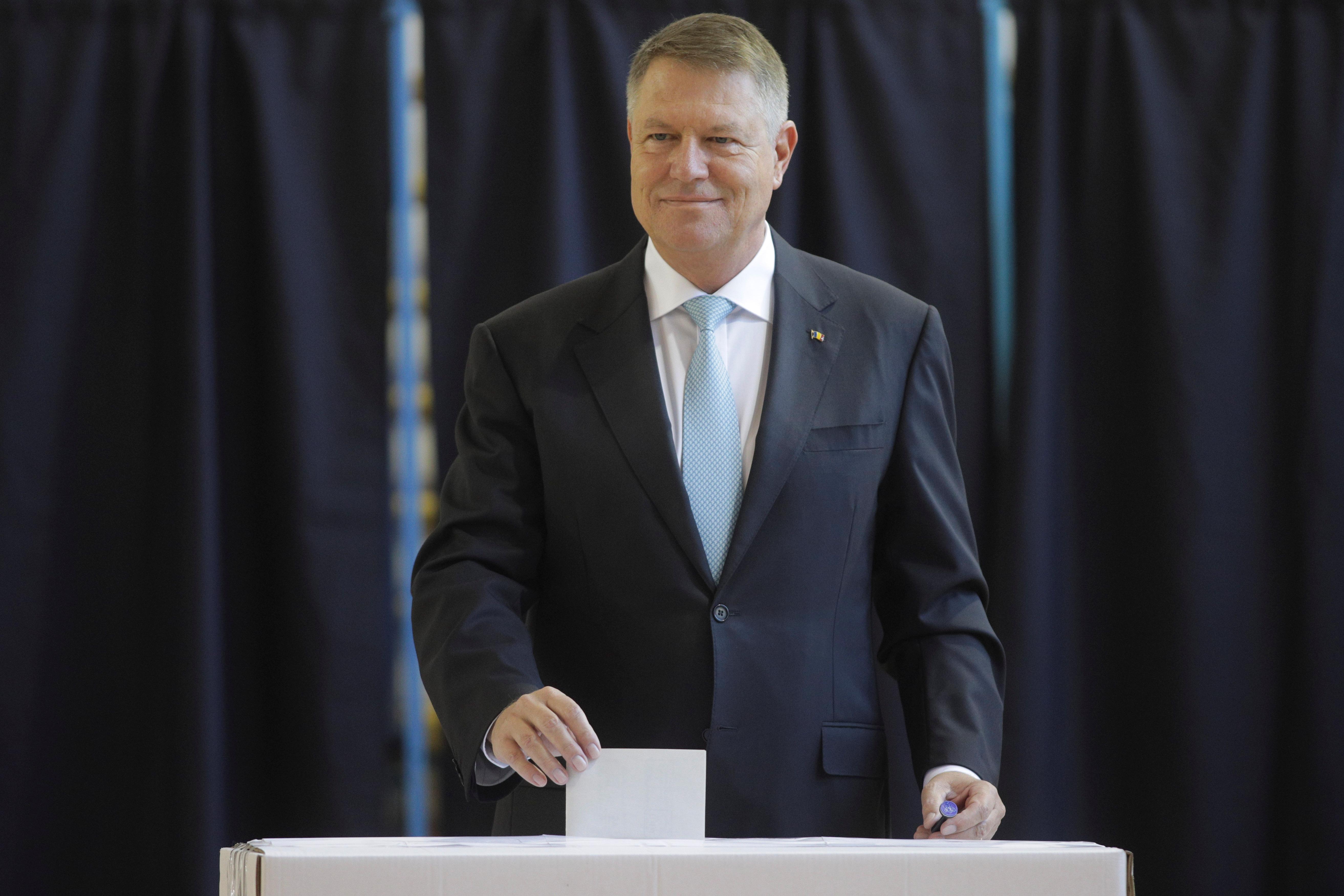 Two separate exit polls showed Iohannis garnered 38.7-39% of the vote, followed by Dancila of the left-leaning Social Democrats with 22-22.5%. Opinion polls see him easily winning a second, five-year term in the runoff.

“Never have Romanians voted so clearly and decisively against the PSD (Social Democrats). This is a huge step for Romania, for those who want the rule of law applied here,” the 60-year-old Iohannis told reporters.

Romania’s president nominates a prime minister, who has executive powers, after holding consultations with political parties. The president can veto laws approved by parliament by challenging them in the constitutional court or by sending them back to be re-considered.

Under a succession of PSD governments, Romania, a European Union member state, has rolled back anti-corruption measures in recent years. Along with ex-communist peers Poland and Hungary, it has faced growing criticism from Brussels over the rule of law.

The PSD raised the burden of proof in corruption cases, reorganised panels of judges and set up a special unit to investigate magistrates for potential abuses, a move widely seen as an instrument of political coercion.

Iohannis, a soft-spoken ethnic German and former mayor of Sibiu in Transylvania, became Romania’s president in 2014, and he has challenged the PSD efforts to overhaul the judiciary and to limit magistrates’ independence.

If elected again, Iohannis will have a chance to install chief prosecutors willing to tackle endemic graft, supported by the liberal minority government of Prime Minister Ludovic Orban, an ally who won a parliamentary vote of confidence this month.

Romania has been monitored by Brussels over progress on reform of its judiciary since 2007.

In May this year, Liviu Dragnea, a former PSD leader, was sentenced to three and a half years in prison after being found guilty of graft and in October the European Commission reported that backtracking from judicial reform persisted.

Iohannis spearheaded a national referendum where an overwhelming majority of Romanians said they wanted the government to be banned from altering legislation via emergency decrees, and advocated a national ban on granting amnesties and pardons for graft-related crimes.

Observers said a win for Iohannis might bolster the Liberal Party’s chance of forming a coalition government after a parliamentary election due in 2020 and restore investor confidence, eroded by several years of political instability and fiscal largesse.

Data from Romania’s election commission, which is expected to announce partial official results on Monday, showed turnout of 48%, with a record high 660,000 voters among the country’s diaspora taking part.