My email inbox pinged at one minute past nine on Friday night with a letter from the Prime Minister explaining the deal the Cabinet had reached. Every Conservative MP had this, and some may even have been surprised that she had pulled off what many commentators had decided was impossible.

This shows how little Theresa May is understood, even after years in the public spotlight. Contrary to some of the hostile comment, she is not indecisive or incapable of taking difficult decisions. Rather, she is determined to reach a conclusion on the basis of evidence, and if it takes time for the evidence to be produced – so be it.

On top of this cautious method of working, she invites criticism because she does not play the Westminster game. No lunches, no gossip, no sense that journalists and politicians can be friends. As a result she has never had a coterie of commentators who will boost her in difficult times. 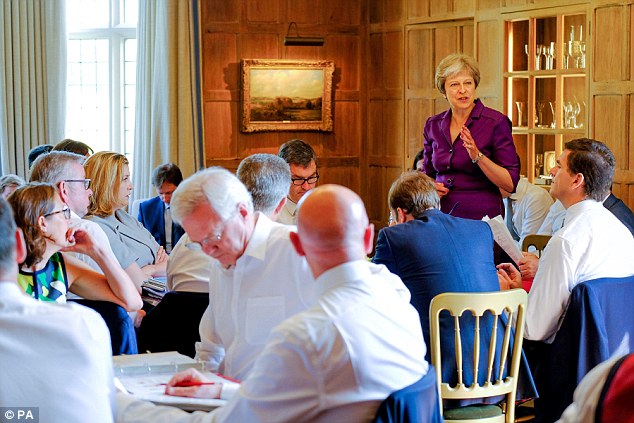 What she does have is a sense of what is right, and an almost superhuman resilience. If she decides that something needs to be done, she does it, regardless of the risks.

The events leading up to the Chequers meeting reminded me of the time she took on the Police Federation at their own conference. Both events were preceded by muttered threats that she had better play nicely or the boys would be out to get her.

There was in one case the implication that she would be booed and heckled from the floor of the conference, which would be humiliating for a Home Secretary.

Last week, the papers were full of talk of Cabinet walk-outs, which would lead to her downfall.

Both times, she didn’t blink. She told the Federation exactly what she thought of them and why they needed to change. She was heard in stunned silence, and over the following years the necessary changes duly happened. Equally, she presented the Cabinet with a draft White Paper which reflected exactly the conclusions she had reached after long consideration, and invited them to sign up or sign out. They have all signed up.

This is the reality of Theresa May as a political leader, not the ridiculous caricature of the Maybot unable to react to circumstances. She is cautious, but she is not indecisive.

She is much more concerned with the substance of a big decision than the process needed to reach it.

She is genuinely uncomprehending of those whose main concern with the whole Brexit process is the parliamentary procedures that surround it.

She is also prepared – literally – to look people in the eye and dare them to make good on the threats that they were murmuring about behind her back, which in modern politics means through an anonymous ‘briefing’. This was rubbed in to any would-be Cabinet rebel in a number of ways. 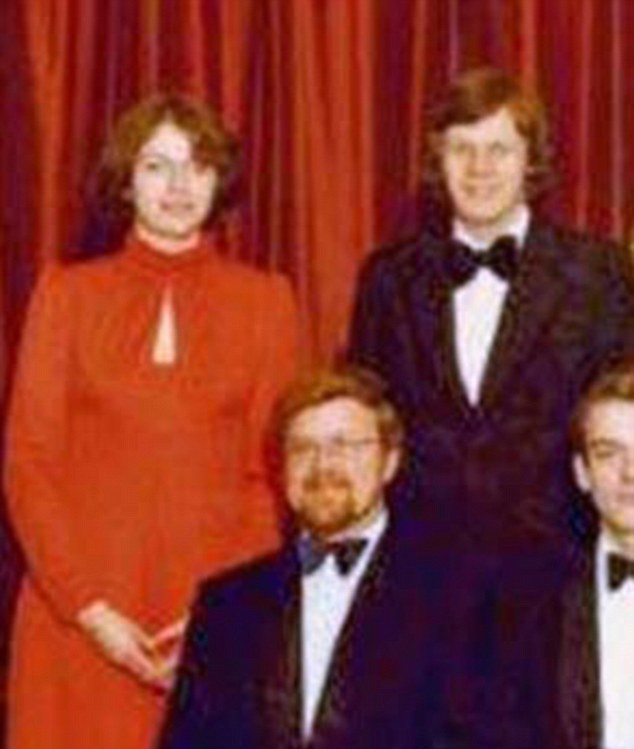 Damian Green, pictured standing beside Theresa May at Oxford in 1976

First there was the stark warning from No 10 than anyone resigning at Chequers would be free to order a minicab back to London as their ministerial car would have disappeared. The second was making sure that no Minister had a mobile phone all day. 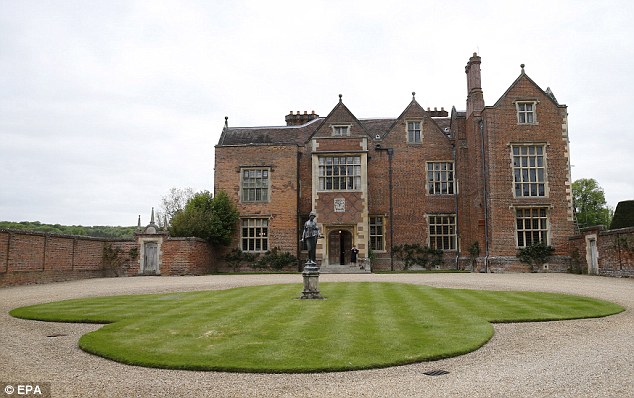 The PM ordered her Cabinet to meet up in Chequers, pictured, on Friday to agree the deal

Of course mobile phones are always kept out of the room during Cabinet meetings, for security reasons. But to keep a politician from his or her mobile for a whole day is a use of power which almost amounts to torture.

The third and most significant was a line in that email to MPs which was put in bold type in case anyone missed its significance: ‘As we have developed our policy on Brexit I have allowed Cabinet colleagues to express their individual views.

‘Agreement on this proposal marks the point where that is no longer the case and collective responsibility is now fully restored.’

This is straightforwardly saying: ‘Come and have a go if you think you’re hard enough.’ It means that the next time you read that a particular Minister has grave doubts about the Brexit policy and would prefer a different approach, you can expect a sacking to follow. This may require a significant change in the working practices of certain Ministers.

Inevitably in the period since the meeting we are already hearing versions of who said what and when in the course of the day. I have read that Michael Gove was the key Brexiteer voice which swung opinion behind the Prime Minister. Good for him, if so.

Even more important is that all those who supported Brexit in the Referendum and who want to remain in the Cabinet must now be committed in the long run to the Government policy.

There is still a tough negotiation to be done with the EU. Everyone in the Cabinet in the coming months needs to be publicly and privately in tune with the negotiating stance of the Government, or the European Commission will use the divisions to weaken Britain’s position.

The Prime Minister has overcome one hurdle by producing a united position. But the biggest hurdle, the actual deal, still lies ahead.

Theresa May is normally at her best when she is at her boldest. Not always (I haven’t forgotten the bold decision to hold a snap Election in 2017), but much more often than not. From telling the Tory Party as party chairman that many people thought it was the Nasty Party, through making a Conservative Government take the issue of modern slavery seriously, to devising a Brexit policy which will preserve our economic interests while coming out of the political structures of the EU, she has been bold.

The next set of people who she will need to face up to with firmness are the EU government leaders. They should be in no doubt of her character after this weekend.

One of the striking things about last week was how calm she was in the lead-up to the Chequers meeting. Once she had taken the important decisions, and settled on a policy, she was determined to see it through. And yet again, despite the chorus of scepticism that surrounded her, she has.

Politics and pints fuel debate at the other Chequers

By Charlotte Wace in the Chequers Inn

It is 3pm on Friday and the most important person in the building has declared: ‘I am in charge, so I make the decisions.’

But after two years of complex Brexit negotiations and several hours of talks at her country residence, these simple words did not come from embattled Theresa May at Chequers – but from Dritan Lani, landlord of the nearby Chequers Inn.

Mr Lani, 49, who has owned the ‘other Chequers’ for eight years, explains: ‘I own this pub, and if customers suggest things, I take them on board – but I make the decisions. It is the same with Europe, Britain should be making its own decisions.’

He says of Mrs May: ‘I would put my foot down. I would just walk away with a no deal.

‘I think she needs support from everyone – she has a job to do, and we have just got to let her get on with it and do the job. I believe in her and I want to see what she comes up with.’ 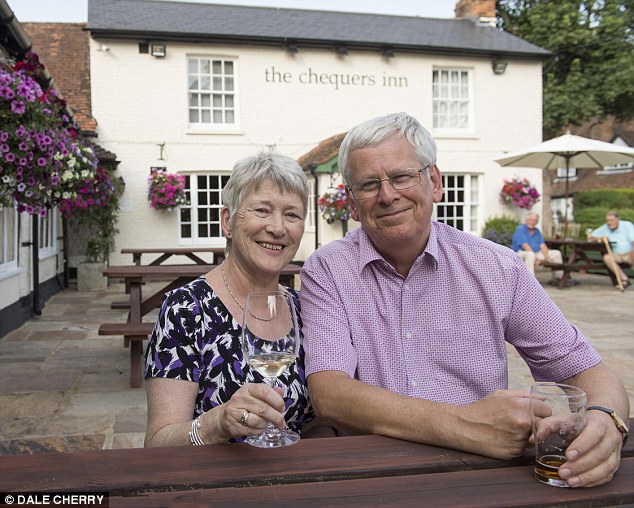 Retired teachers Kate 66, and Pete Millins, 67, from Amersham. Mrs Millins said: ‘When the news about Brexit came through, we almost just sat and cried’

Located in the rolling countryside less than five miles from Chequers, some of the pub regulars live so close to the PM’s retreat that they are regularly required to fill in security forms.

But like Mrs May and her Ministers, leave-voter Mr Lani has an abundance of surprising opinions and clashing views among his most loyal customers.

Holding a less sympathetic view towards Mrs May is John Richmond, 75, who said as he sipped his pint in the sunshine: ‘She means well – she tries – but she is not a Maggie. I mean, Maggie wouldn’t have stood for all this messing about now, would she?

Basically, I voted Brexit to get shot of so many immigrants coming into the place but now it looks like we’re going to be stuck with them anyway.’

Meanwhile, in the ‘remain corner’ are retired teachers Kate 66, and Pete Millins, 67, from Amersham. Mrs Millins said: ‘When the news about Brexit came through, we almost just sat and cried.

‘We couldn’t stop exclaiming in horror, “What have we landed our children with?”

‘It was all so ill-thought-out. The public voted on lies, NHS money – you just think, how are they allowed to do that?’

Mr Millins added: ‘In my mind, people had been voting not on knowledge, but on fear that had been planted by third parties.’

He believes that Mrs May was ‘stuffed by that stupid Election she had’ but should now be ‘stamping her authority – she is in charge’.

The dismay of the Brexiteers over Theresa May’s Chequers ‘sell-out’ has accelerated plans by Nigel Farage to make his political comeback.

The former Ukip leader – having anticipated that the Government would seek a soft Brexit – has been looking for several months for a new platform for his hard Brexit beliefs.

Mr Farage, who has been telling friends that they should ‘watch this space’ for his ‘next move’, has even held discussions in recent weeks with the Democratic Unionist Party (DUP). 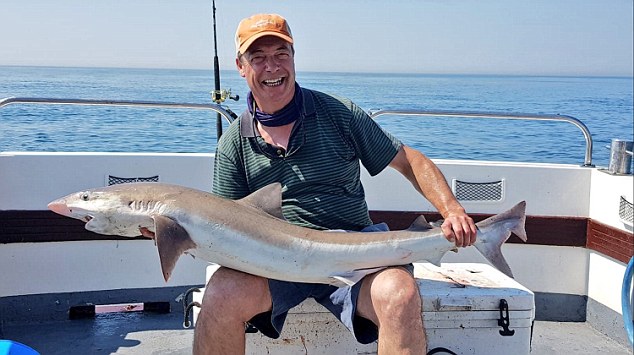 Spurred on by former Ukip donor Arron Banks, Mr Farage suggested becoming a DUP MP. Sources say that talks foundered over his demand that they should become a party for the entire UK, rather than just Northern Ireland.

Mr Farage, who quit as Ukip leader after the referendum in 2016 – plunging the party into disarray – made clear his anger at Mrs May’s deal yesterday.

Responding to Boris Johnson’s failure to resign, Mr Farage said: ‘This Brexit strategy is a sell-out… the Tory Eurosceptics are a waste of space’, adding that ‘the so-called Brexiteers in Cabinet don’t have a principle between them, career politicians all’. A message he posted on Twitter yesterday read: ‘Depressed over Brexit. Went fishing’, – with a picture of him holding a small shark.

The verdict from Leave and Remain voters as row goes on 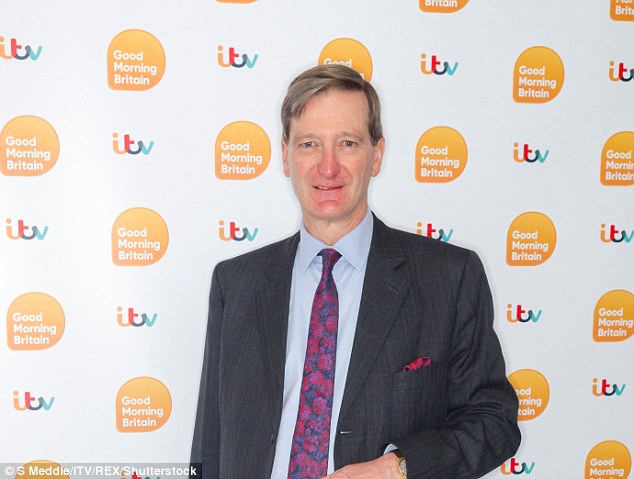 Dominic Grieve – Tory MP, voted Remain: ‘The sabre rattling by some ministers with totally unrealistic views about Brexit has turned out to be empty rhetoric. The PM’s authority is s greatly enhanced. This is a turning point.’ 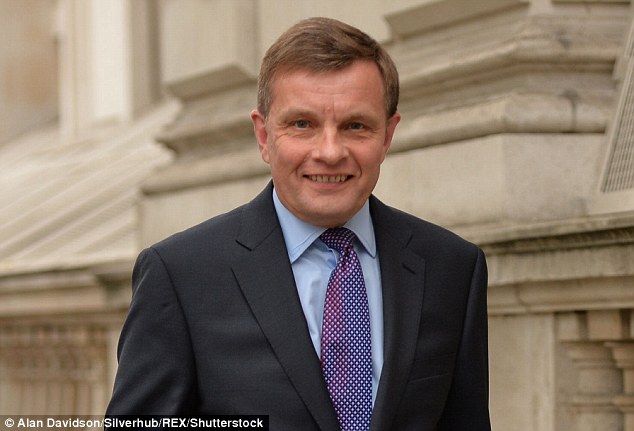 David Jones – ex-Brexit Minister, voted Leave: ‘I am not the only ‘Leave’ campaigner wondering if this agreement meets Mrs May’s “Brexit means Brexit” test. I need convincing the aspect covering immigration will not metamorphose into freedom of movement by another name.’ 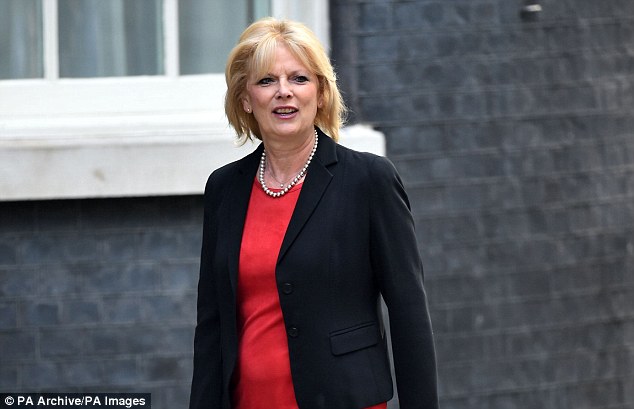 Anna Soubry – Tory MP, voted Remain: ‘I can’t help wondering if Boris decided not to resign because he could not face the humiliation of walking down the Chequers driveway and phoning a mini cab. His constant trashing of Mrs May is the main reason his leadership hopes have disappeared.’ 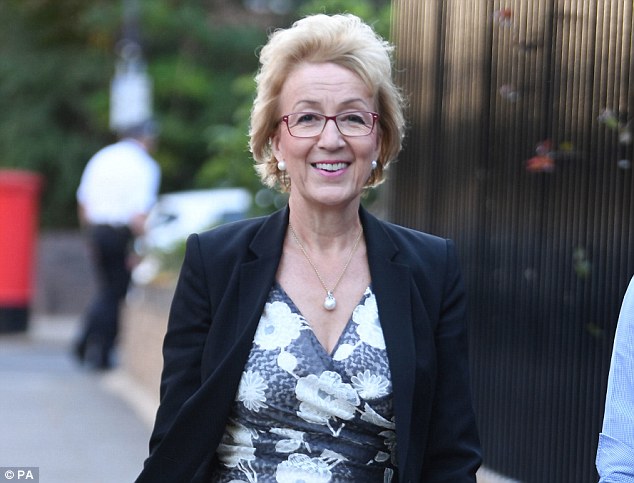 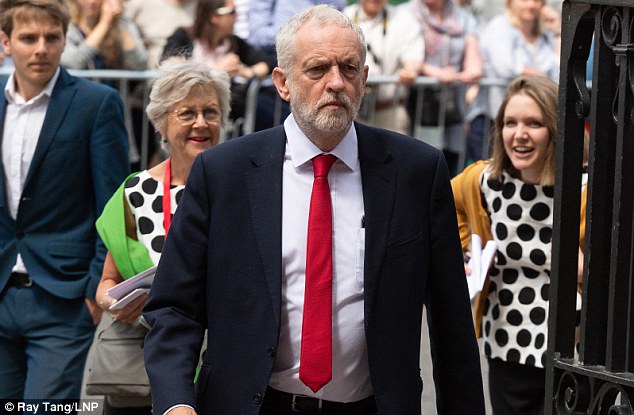 Jeremy Corbyn – Labour leader, voted Remain: ‘I have a feeling the whole thing might start to unravel in a few days….I think it should trigger a general election if they can’t get agreement.’ 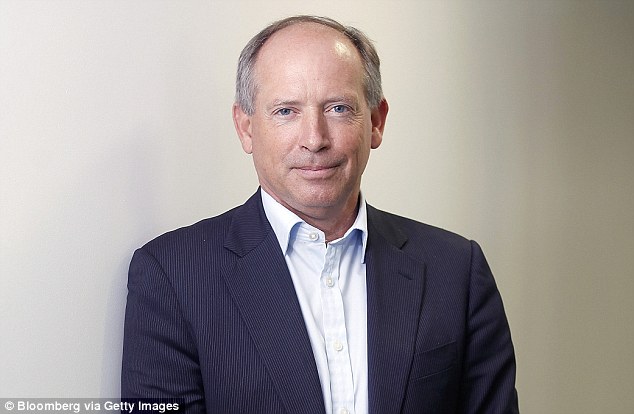 Ian Cheshire – chairman of Barclays, voted Remain: ‘It’s a great step forward – much needed. It is really good that we have at least got the cabinet aligned. We’ve now got to see the EU’s reaction and everyone has got to stay disciplined.’ 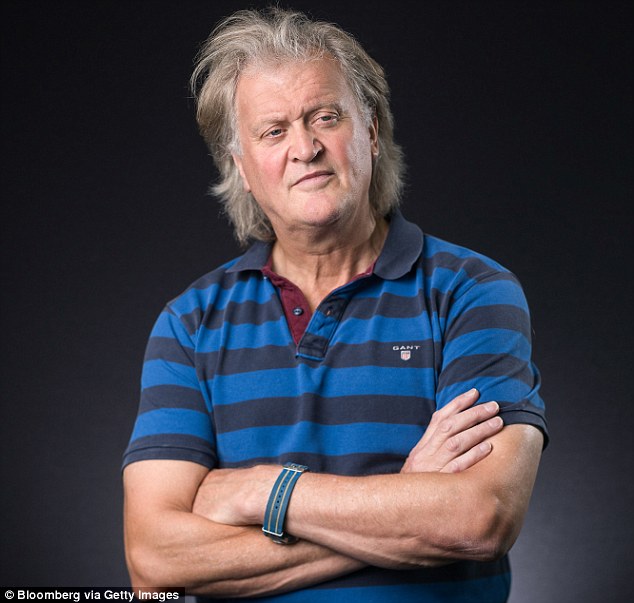 Tim Martin – founder of Wetherspoon, voted Leave: ‘Ever since the Prime Minister agreed to pay £39 billion to the EU, the “no deal” option has been the best one for the UK. The £39bn should be invested in the UK, rather than being sent to Brussels.’