MUMBAI (Reuters) – Indian tax authorities raised about $8 million in an auction on Tuesday of rare oil paintings that were once part of fugitive billionaire jeweler Nirav Modi’s collection and seized by the government. 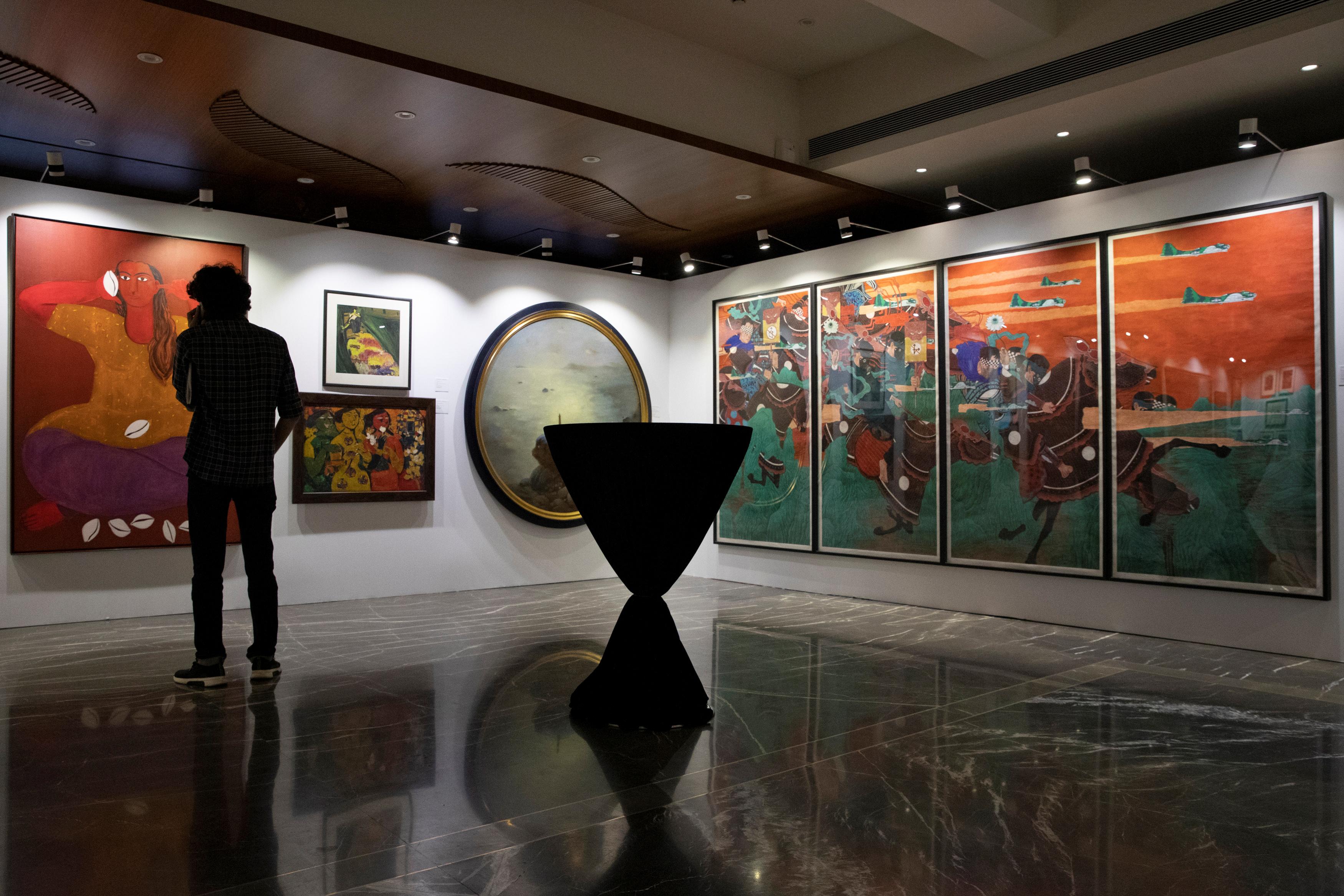 Tax authorities who are pursuing Modi in connection with the country’s largest bank fraud appointed auction house Saffronart to carry out the sale of 68 works.

The sale will be challenged in court on Wednesday by lawyers for a company controlled by Modi that owns the artwork.

Auctioneers say the sale, which was originally expected to raise up to $7.3 million, was the first of its kind in a country where tax authorities have usually auctioned property, gold and luxury items, but not art.

The 48-year-old Modi, whose diamonds have sparkled on Hollywood stars, is one of the prime accused in a $2 billion loan fraud at state-run Punjab National Bank. Modi denies the charges and says they are politically motivated.

The auction comes just weeks before a national election and as Indian Prime Minister Narendra Modi faces pressure to bring back Nirav Modi (no relation), who fled the country last year and has been residing in Britain.

He was arrested last week by British authorities and remanded in custody after he appeared before a London court. India asked Britain last August to extradite Modi.

Over 80 percent of the works on auction were sold, Saffronart Chief Executive Dinesh Vazirani said.

India Law Alliance, the law firm representing the company controlled by Modi that owned the art, is challenging the court order that allowed the auction. The case will be heard by the Bombay High Court on Wednesday, a lawyer at the firm told Reuters.

Vijay Aggarwal, a lawyer for Modi, declined to comment on the holding of the auction.