NEW DELHI (Reuters) – India’s election commission on Monday banned a Hindu state chief minister from campaigning for three days after anti-Muslim comments in an election that will end next month. 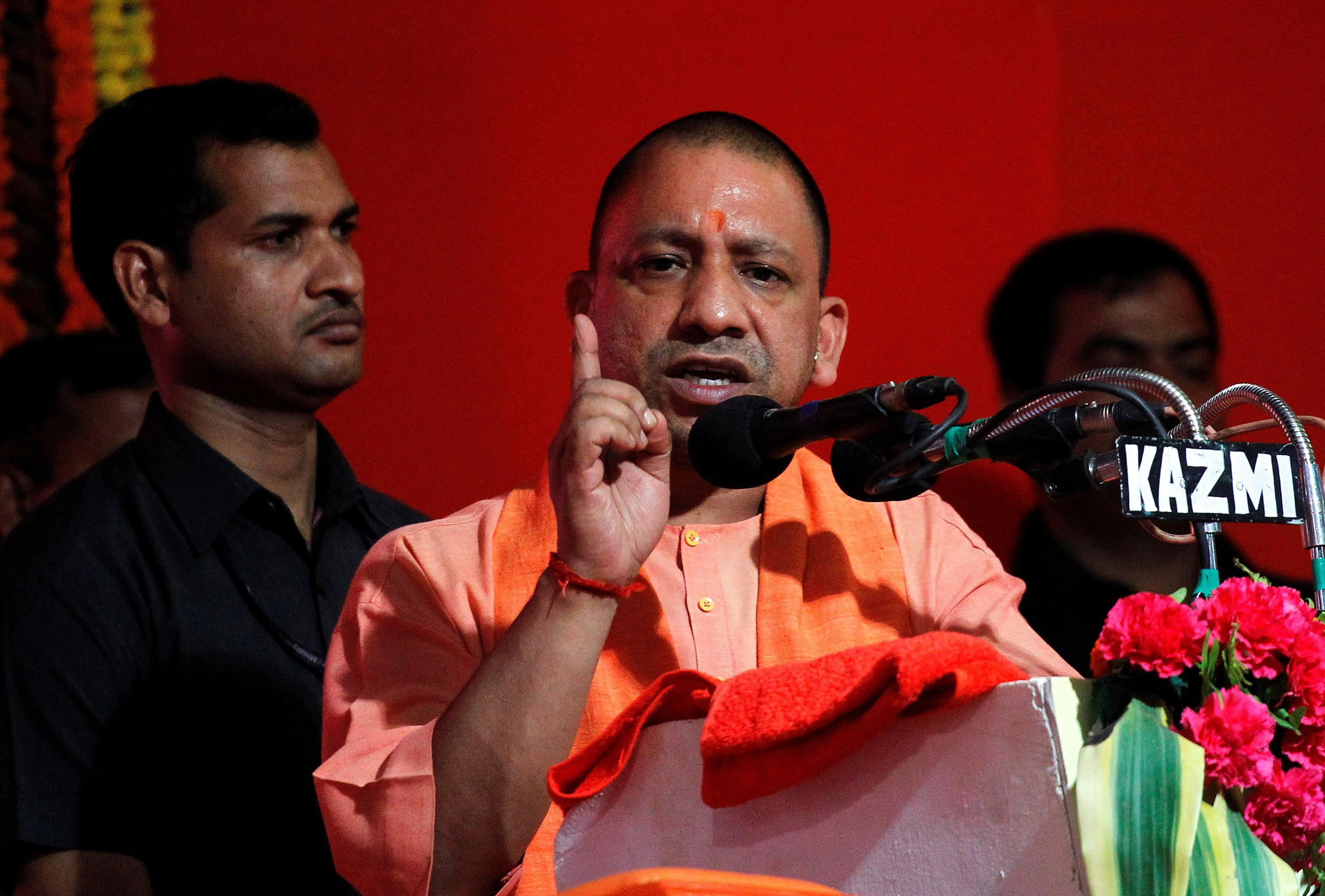 The saffron-clad Yogi Adityanath, a member of Prime Minister Narendra Modi’s ruling party, had been warned this month about his campaign speeches, the election commission said.

The commission said Adityanath, chief minister of Uttar Pradesh, had spoken about a “green virus” in a speech last week in reference to Muslim voters who he said were being wooed by opposition parties.

Modi’s Bharatiya Janata Party (BJP) has been playing to its nationalist base and painting its rivals as soft on terrorism and eager to appease Muslims, who make up about 14 percent of India’s 1.3 billion population.

A BJP spokesman said the party was inclusive towards all communities. “The party believes in all-together development for all, and we don’t believe in any polarization,” spokesman Harish Srivastava said.

The election commission also imposed a ban on the leader of the Dalits, people at the bottom of the Hindu caste structure, saying she had violated a code of conduct by asking Muslims to vote en bloc for opposition candidates.

The ban on Dalit leader Mayawati would run for two days, it said.

A spokesman for Mayawati’s Bahujan Samaj Party (BSP), which is in an alliance with another regional party in Uttar Pradesh, could not be reached for comment.

The commission on Monday also banned Azam Khan, a leader from the Samajwadi Party (SP), an ally of the BSP, and minister Maneka Gandhi from campaigning for violating the code of conduct. Khan was banned for three days, while Gandhi was banned for two days.

Staggered voting in the general election began last Thursday and will end on May 19.

Although jobs, nationalism and conditions for farmers are the main issues, religion is an important and sensitive topic.

The BJP repeated in its manifesto a commitment to build a Hindu temple in the northern town of Ayodhya at a site disputed by Muslims, seeking to gain the support of majority Hindus.

Last week, BJP president Amit Shah referred to illegal Muslim immigrants as “termites” and vowed to throw them into the sea.

Surveys suggest Modi’s ruling alliance looks set to win a majority smaller than in the last election in 2014, when it secured a commanding win on a promise to turn India into an economic and military power.