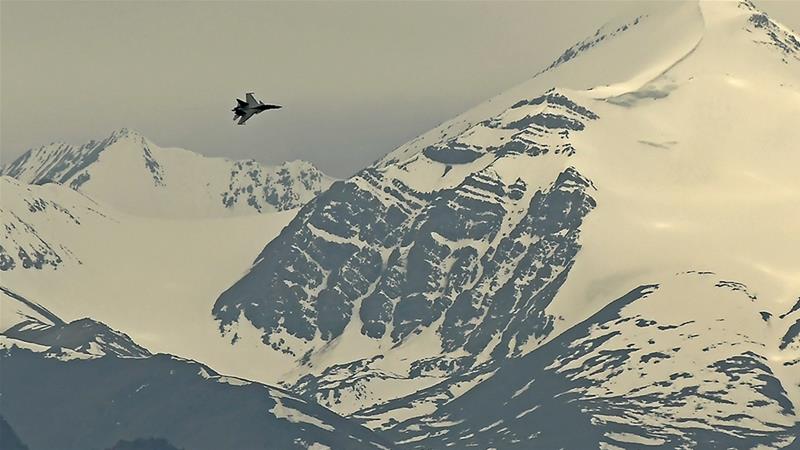 Indian fighter jets have roared over a flashpoint Himalayan region as part of a show of strength even as China again accused India of provoking the border clash earlier this month that killed at least 20 soldiers.

Indian jets regularly took off on Wednesday from a military base in Leh, the main Indian town in the contested Indian-administered Ladakh region, and headed towards the mountainous border 240km (150 miles) away.

There were also checkpoints on main roads outside Leh and a frenzy of military activity around the main town, which lies at an altitude of 3,500 metres (11,500 feet).

Residents reported long lines of military trucks and artillery on roads near Leh.

“We now have a good strength present in the area,” an official of the Indian army’s Northern Command told AFP news agency on condition of anonymity, referring to the reinforcements.

Tashi Chhepal, a retired Indian army captain who has served in the area and is based in Leh, said the mobilisation was unprecedented in a sensitive region touching Pakistan as well as China.

“I haven’t seen this kind of military movement before,” he told AFP. 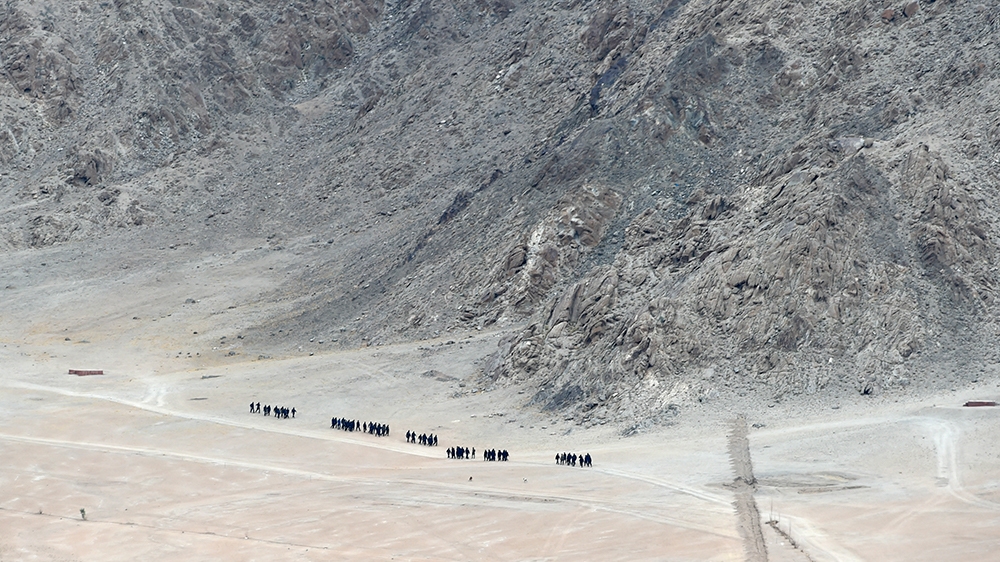 Meanwhile, China’s defence ministry on Wednesday said the June 15 border clash in the disputed Galwan Valley was caused by the Indian side.

The Indian actions violated a consensus between the two countries and were a unilateral provocation, it said.

Chinese foreign ministry spokesman Zhao Lijian also asserted that the confrontation occurred on China’s side of the Line of Actual Control (LAC) – the de facto border dividing the two nuclear powers – and that Indian forces had illegally entered Chinese territory.

“The responsibility is entirely not on the Chinese side,” Zhao said at a daily news briefing on Wednesday.

“The reckless actions by the Indian military seriously violated agreements signed between the two countries and seriously violated the basic principles of international relations. They were evil in nature and the consequences were severe,” Zhao said.

Asked why China was offering such a lengthy defence of its position when the two sides had already agreed to reduce tensions, Zhao said it was to counter a “large amount of fake news” on the matter being circulated by Indian diplomats and the country’s media.

An Indian federal minister earlier this week claimed 40 Chinese soldiers were also killed in the Galwan Valley clash, but did not provide any evidence. China has not released any information on casualties on its side.

After the latest round of talks between military commanders on Monday and Tuesday, Zhao had earlier said the two sides had “agreed to take necessary measures to promote a cooling of the situation”.

Experts say a major reason behind India-China tensions is New Delhi’s unilateral move last year to abrogate the partial autonomy of the former Jammu and Kashmir state, which also included the disputed areas in Ladakh region.

China, which saw the move as a threat to its interests in the region, is attempting to assert control over the territory along the border that is not clearly defined in places, according to the experts.

In all, China claims some 90,000 square kilometres (35,000sq miles) of territory in India’s northeast, including the Indian state of Arunachal Pradesh, with its traditionally Buddhist population.

India says China occupies 38,000sq km (15,000sq miles) of its territory in the Aksai Chin Plateau in the western Himalayas, including a part of the Ladakh region.