Angry birds: Indian man is attacked every day for three years by CROWS ‘bent on vengeance’ after one of their chicks died in his hands as he tried to save it

An Indian man has been attacked every day for the past three years by crows ‘bent on vengeance’ after one of their chicks died in his hands.

Shiva Kewat, from Madhya Pradesh, India, said he tried to save the baby bird after it got stuck in iron netting but the chick didn’t make it.

The daily wager, who has been repeatedly scratched and pecked, now has to take a stick with him every time he leaves the house in case the birds decide to launch an attack, reports the Times of India. 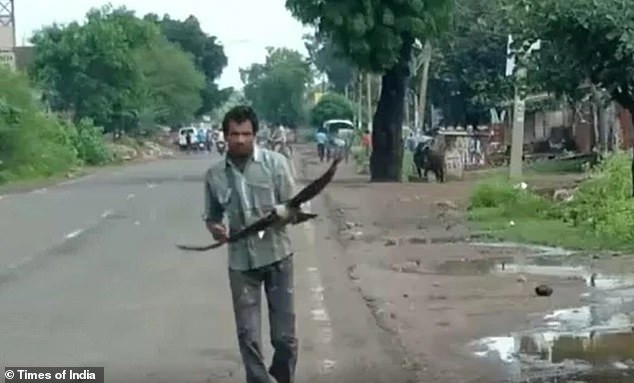 Shiva Kewat, from Madhya Pradesh, India, has been attacked by crows everyday for three years after he tried to help an injured chick but it died in his hands

Although Kewat has taken to protecting himself from the aerial assaults, he does not want to hurt or anger the crows anymore – and the stick is only to shoo the birds.

Kewat said: ‘If only I could explain to them, I was only trying to help… Poor things, they believe I killed the chick.’ 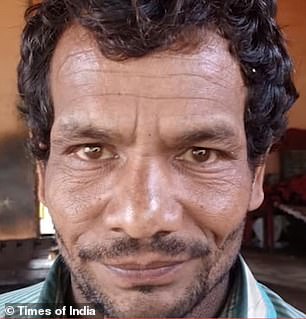 Kewat, pictured, said he ‘was only trying to help’ the chick after it got stuck in netting

In a video Kewat is seen fending off a bird as he stands on the side of a road.

He ducks and dives, trying to push the determined crow away which circles his head for several seconds.

Since the regular attacks started three years ago, Kewat has been injured multiple times on his head.

Villagers however are entertained by the birds fixation and often watch for when Kewat is going out so they can witness the crows.

They said: ‘The crows attack him like they’re show fighter jets diving towards a target in movies.’

It is not thought that anyone else in the village is given as much violent attention from the crows.

Journalist Ranjit Gupta went to visit Kewat and said: ‘This is the first time I have come across crows bent on vengeance.’

Sometimes a lone ranger and other times a pack of crows swoop down and attack Kewat, in what seems to be as an act of vengeance. 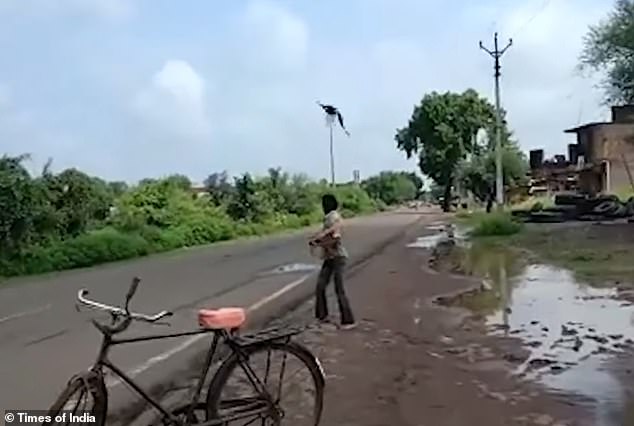 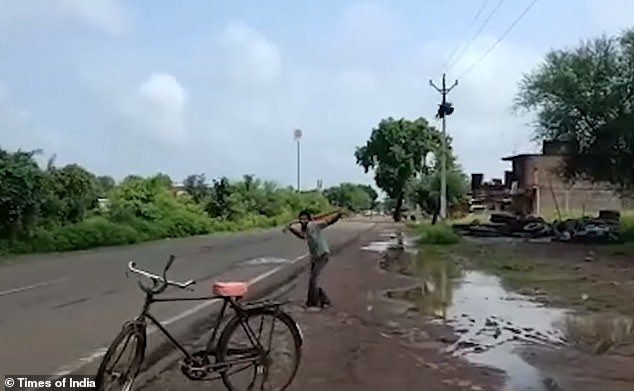 They caught and banded crows for five years as part of the study but even after a year of not seeing the human who caught them, the birds could recognise them.

The crows would swoop and dive-bomb in mobs at the person they remembered causing them discomfort, reports Live Science.

In a later study the researchers found that the birds’ brains light up in a similar way to humans when they see a face they know.