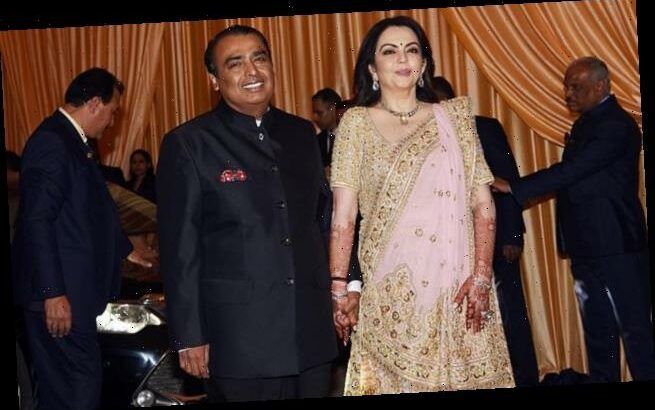 India’s richest family have unveiled their lavish plan for the world’s biggest zoo with a massive 280-acre plot of land.

The Ambani clan, who own the $168 billion company Reliance, are planning to house around 100 different species in the zoo and build an animal rescue sanctuary in the city of Jamnagar, western India.

But the Ambanis, who have seen the likes of Hillary Clinton and Priyanka Chopra attend their family weddings, have sparked anger among animal rights activists after two rare black panthers were transferred from a state-run zoo to their own private establishment in a ‘hush-hush’ move. 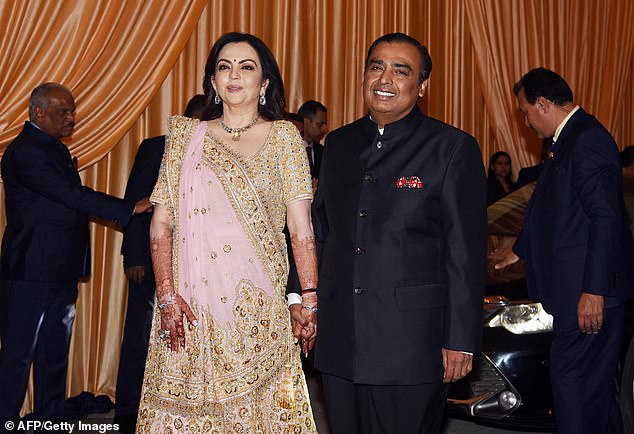 India’s richest family have unveiled their lavish plan for the world’s biggest zoo with a massive 280-acre plot of land. Pictured: India’s richest man Mukesh Ambani with his wife Nita 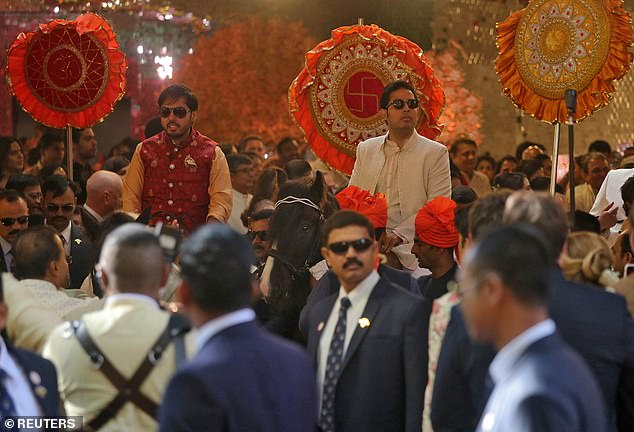 The project is the brain child of Anant Ambani, 25, (pictured left at his sister Isha’s wedding) the son of the 12th richest man in the world and chairman of Reliance Industries Mukesh Ambani

The project is the brain child of Anant Ambani, 25, the son of the 12th richest man in the world and chairman of Reliance Industries Mukesh Ambani, reports The Week.

The zoo, which will be called ‘Greens Zoological Rescue and Rehabilitation Kingdom’, will be home to 100 different species of animals, birds and reptiles from around the world including the African lion, Komodo dragon, gorillas and giraffes, according to local media.

The exotic animals will be housed in sections called Forest of India, Marshes of West Coast and Exotic Island among others.

Despite it being in its early days, the zoo has already stirred up controversy among local animal rights groups.

In January, the Ambani family, who have a net worth of about $80 billion, were able to strike a deal and acquire a pair of two rare black panthers from the state-run Guwahati zoo, reported the Times of India. In exchange, Reliance Industries gave the zoo two pairs of zebra from Israel. 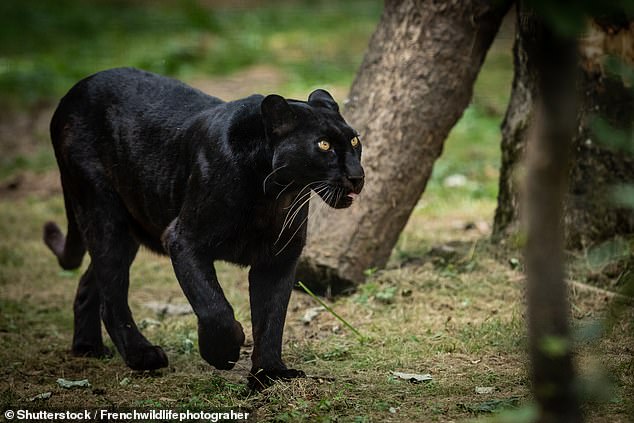 But many activists and the local ruling political party Assam Pradesh Congress Committee have condemned the move.

‘It seems that even wild animals kept in captivity in zoos cannot escape from the tentacles of big corporate houses as the recent ‘hush-hush’ transfer of two black panthers from the State Zoo in Guwahati to a zoo in Gujarat being set up by the Reliance group of the Ambanis has proved,’ the party told Northeast Now News.

Around 100 activists from the Chiriakhana Suraksha Mancha group gathered outside of the Ambani’s zoo to protest against the transfer on Sunday.

‘We decided to stage the protest to highlight the irregularities taking place inside the zoo and also the transfer of the two black panthers in gross violation of rules,’ Rajkumar Baishya, general secretary of the Mancha, told The Telegraph India.

The world’s largest zoo is just one of a number of extravagant purchases made by the Ambani family.

They own the Mumbai Indians cricket franchise which features some of the game’s biggest stars and have previously been linked with buying Liverpool or West Ham football clubs. 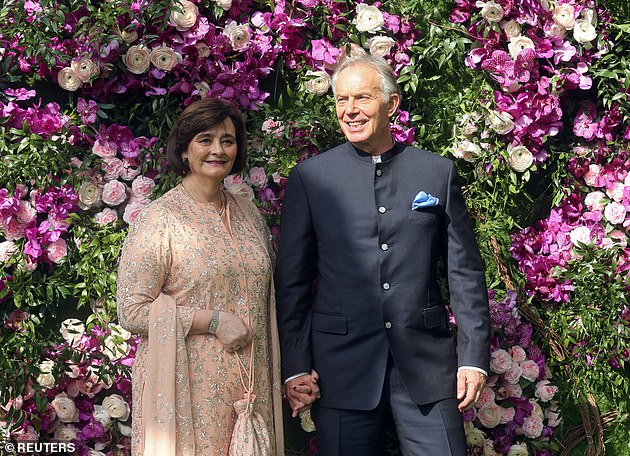 The Ambanis are no strangers to A-List stars – and a string of celebrities are always invited to their famous family weddings. Pictured: Tony and Cherie Blair attended the wedding reception of billionaire heir, Akash Ambani, in Mumbai with Cherie wearing a sari and Tony donning a traditional bandhgala 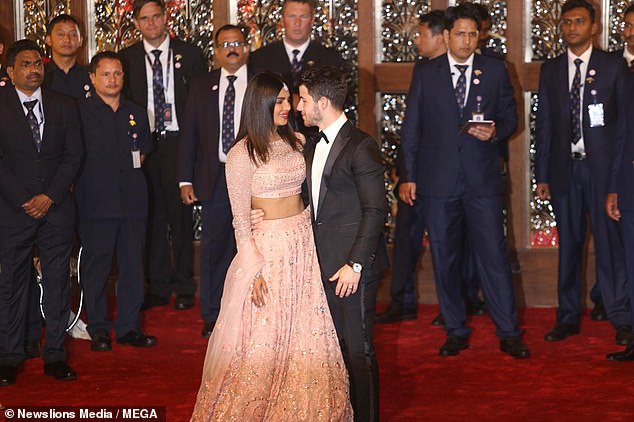 In a photo that could have been taken at a premiere, Priyanka and Nick look lovingly at each other on the red carpet as part of Isha Ambani

Mukesh made headlines in 2010 when his $1 billion residence Antilia was unveiled in Mumbai.

The family home is a 27-storey building, including three heli-pads, a 168-car garage, a ballroom, an 80-seat theater, terrace gardens, a spa, and a temple. Their needs are taken care of by a 600-strong staff.

The family’s Reliance Industries business sparked a price war in India’s telecom market with their launch of Jio, a 4G phone service, in 2016.

During the pandemic, Mukesh has been able to raise more than $20 billion selling a third of Jio to companies such as Google and Facebook, according to Forbes.

The Ambanis are no strangers to A-List stars – and a string of celebrities are always invited to their famous family weddings. 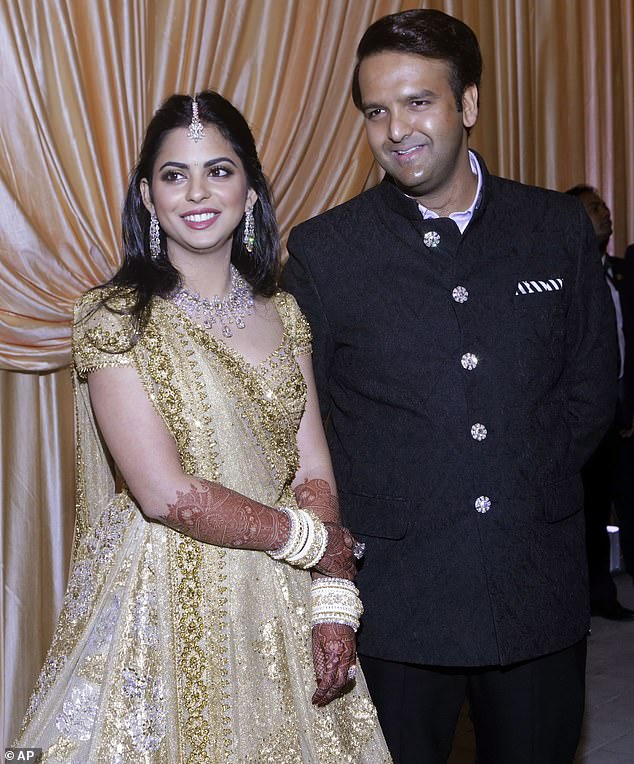 Just married! Bride Isha Ambani, 27, and billionaire property mogul husband Anand Piramal, 33, tied the knot in front of VIP guests including Hillary Clinton and Priyanka Chopra at her family’s 27-storey Mumbai home on Wednesday. Tonight the celebrations continued with a sophisticated soiree in the city. Pictured, Miss Ambani and Mr Piramal at the event tonight 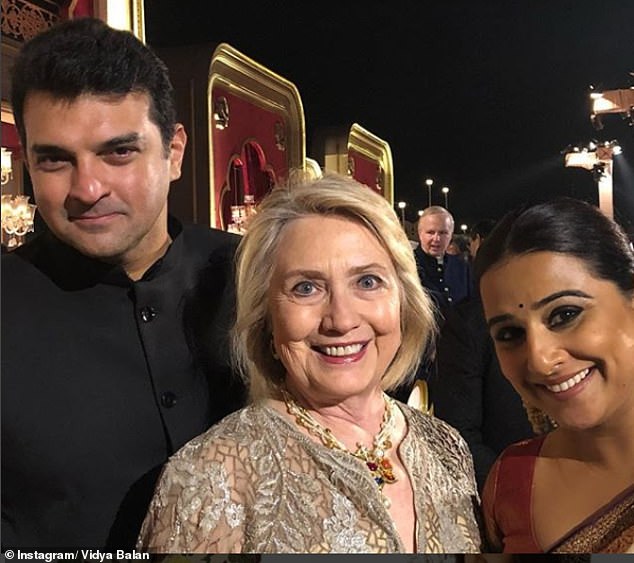 The wedding is thought to have cost as much as $100million (£74.9million) and has involved a string of events – including a private concert from Beyoncé. Other estimates put the cost at $15million (£12million).

Who is India’s richest man Mukesh Ambani and how did he make his fortune? 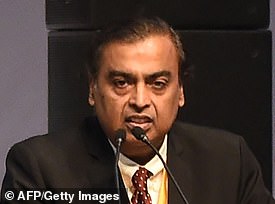 Mukesh Ambani inherited the makings of his wealth from his father, who was the son of a Gujarati village school teacher

Mukesh Ambani is a teetotal vegetarian who his wife describes as quiet, modest and shy.

He enjoys visiting wildlife parks and once said he tries to watch three Bollywood films a week.

The billionaire inherited the makings of his wealth from his father Dhirubhai, who was the son of a Gujarati village school teacher.

Said to have moved to Mumbai with just a few rupees in his pocket, according to the Times of India, his father went on to build a global-scale petroleum company in 40 years.

Mukesh was one of two sons, Anil being the other.

He trained as a chemical engineer in Mumbai, and went to Stanford University, US, before working for his father.

The businessman then inherited his section of the business after his father died of a stroke in 2002.

Originally the brother’s tried to run it together but, following feuding, their mother stepped in and split it into two parts.

Mukesh walked away with the petroleum, oil, gas and textiles arms while his brother got the telecommunications, asset management, entertainment and power generation parts.

But this didn’t stop the entrepreneur from entering these markets.

In 2013 he signed a deal with New Delhi-based Bharti Airtel to build India’s 4G network and launched his own smartphone brand, LYF, which became the third most popular in the country.

Other business ventures include working with fashion labels such as Jimmy Choo, Paul Smith and Emporio Armani.

At present he is locked in a vicious feud with Amazon and Walmart for dominance of the growing online Indian market.