Washington: In two major developments this week, US President Donald Trump has been labelled in the parlance of criminal investigations as a major subject of interest, complete with an opaque legal code name: "Individual 1".

New evidence from two separate fronts of Special Counsel Robert Mueller's investigation casts fresh doubts on Trump's version of key events involving Russia, signalling potential political and legal peril for the President. Investigators have now publicly cast Trump as a central figure of their probe into whether Trump's campaign conspired with the Russian government during the 2016 campaign. 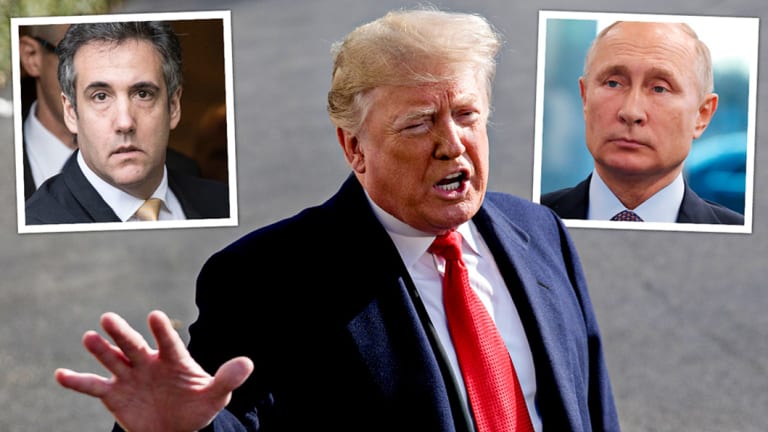 Together, the documents show investigators have evidence that Trump was in close contact with his lieutenants as they made outreach to both Russia and WikiLeaks – and that they tried to conceal the extent of their activities.

On Thursday, Trump's long-time personal lawyer Michael Cohen pleaded guilty to lying to Congress when he insisted that Trump was not pursuing plans to build a Trump Tower in Moscow after January 2016, casting Trump's repeated claims that he had no business interests in Russia in a new light.

A draft special counsel document revealed on Tuesday also indicates that prosecutors are closely scrutinising Trump's interactions with a long-time adviser, Roger Stone, as he was seeking information about WikiLeaks' plans to release hacked Democratic emails. 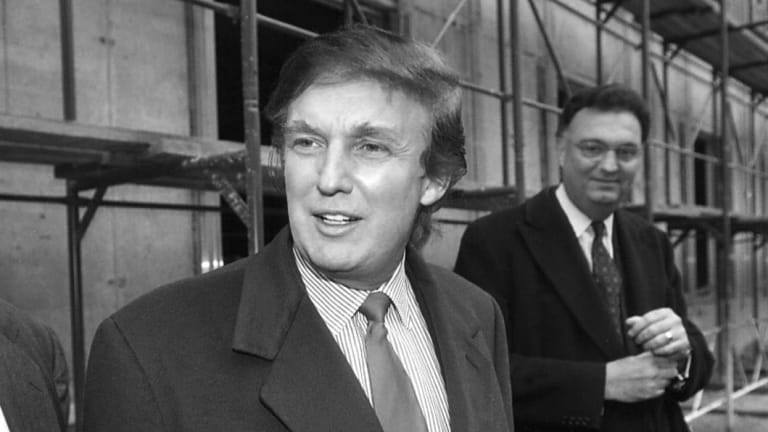 In 1996, Donald Trump, left, checks out sites in Moscow, Russia, for luxury residential towers. Trump’s decades-long dream of building a luxury tower in the heart of Moscow flared and fizzled several times over the years.Credit:AP

Legal experts said it's still unclear how much peril the President might face as a result of the new evidence Mueller has gathered about the Moscow project and WikiLeaks, but his prominence in the prosecutors' papers puts the President in an awkward starring role.

Trump, identified as "Individual 1" in Cohen's guilty plea, was said to have received direct updates from Cohen as he pursued a Moscow Trump Tower project with the Kremlin, up until June 14, 2016. The President also appears in the draft charging document for Trump ally Jerome Corsi, who allegedly told Stone about WikiLeaks' plans to release damaging Democratic emails in October of that year because he knew Stone was in "regular contact" with Trump. The Washington Post reported this week that Trump spoke with Stone the day after he got the alert from Corsi. 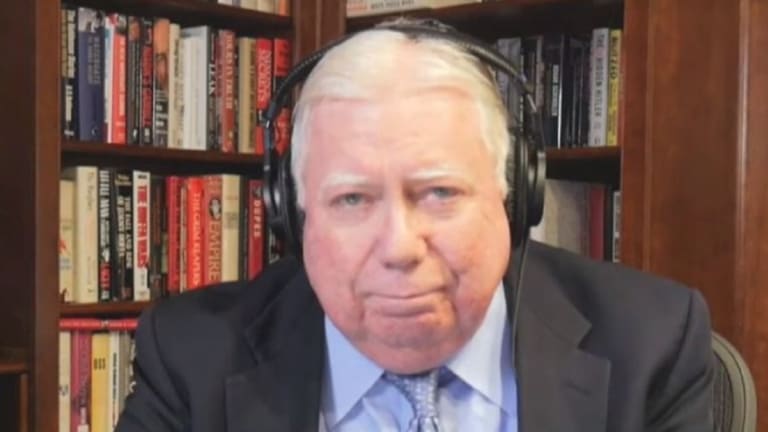 In the draft documents, prosecutors sought to have Corsi plead guilty to lying when he said he didn't know about WikiLeaks' plans and urging others to visit WikiLeaks founder Julian Assange to obtain emails damaging to Democrats.

Trump has given slightly differing accounts of his Moscow business ties over time. In July 2016, he tweeted: "For the record, I have ZERO investments in Russia." A day later he claimed, "I have nothing to do with Russia."

In January 2017, he told a reporter: "I have no deals that could happen in Russia, because we've stayed away."

Trump's personal lawyer, Rudy Giuliani, said on Thursday that the President's written answers to Mueller about the Moscow project, which he submitted just before Thanksgiving, conforms with Cohen's version of events. They discussed a project, starting in 2015, continuing into 2016, and it went nowhere, he said. 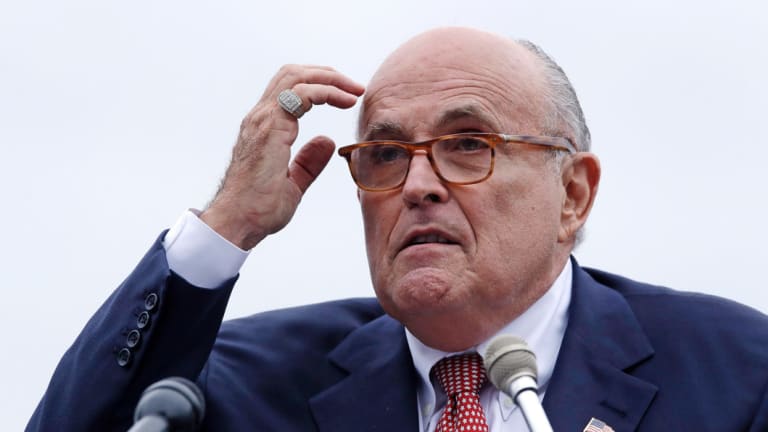 "The President, as far as he knows, he remembers there was such a proposal for a hotel," Giuliani said. "He talked it over with Cohen as Cohen said. There was a non-binding letter of intent that was sent. As far as he knows it never came to fruition. That was kind of the end of it."

Alan Dershowitz, a Trump ally and constitutional lawyer, said Cohen's confessions don't suggest Trump committed any crime but could suggest that Trump wasn't telling the public the whole truth about the Moscow deal.

"This is politically damaging, but I'm not sure how legally damaging it is," Dershowitz said. "This is all about questionable political behaviour. It's a good reason for people voting against Trump. But I don't see a crime yet." 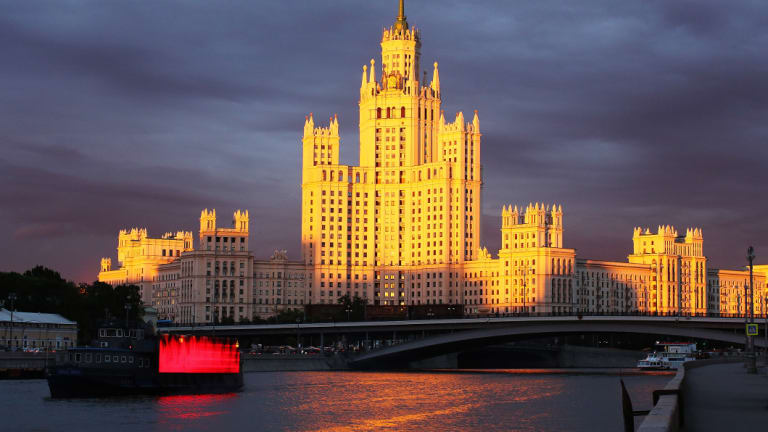 Cruise boats sail along the Moscow river near the Kotelnicheskaya embankment building. Trump has always wanted to have his name in lights in Moscow.Credit:Bloomberg

But Tim O'Brien, a Trump biographer and frequent critic, said the developments pose significant new challenges for the President.

"This is part of the fact pattern that gets to the heart of whether there was collusion between the Trump campaign and the Kremlin during the campaign," O'Brien said. "I think the unforgiving grinding force of the US justice system, which he has tried to undermine since he became president, is encircling him. I don't think we know where he will land. But he is certainly mired in something that he is ill-equipped, legally and personally, to handle."

Some legal experts argued Mueller appears to be drawing a picture of a candidate who was beholden to the Kremlin. Emails released in the Cohen plea show Trump seeking a financial endorsement from the Russian government on a private project while Russian President Vladimir Putin was offering to say flattering things about Trump.

"It creates the potential for Trump to feel an obligation to pay back President Putin, or Russia in general that . . . do not put the best interests of American forward." Kopp said. "You are creating a potential vulnerability for a future leader of America."

A Justice official called the White House Counsel's Office on Wednesday evening to let personnel know that Cohen would be pleading guilty in a case the following day, according to one person with direct knowledge of the notice. They were not told the details, however, which they learned about shortly before Cohen's plea on Thursday morning.

Giuliani said the President believed the news development was a gratuitous slap from the Mueller team just as he was about to depart the White House for a trip to the G20 summit in Argentina.

In public, Trump was defiant, telling reporters that Cohen was a liar and a "weak person" who would do anything to save himself from fraud charges he faces related to his taxi business. Speaking before he stepped onto the Marine One helicopter for his trip, he also denigrated Cohen's intelligence, calling him "not very smart."

"He was convicted of various things unrelated to us," Trump said. "He's a weak person, and what he's trying to do is get a reduced sentence. So he's lying about a project that everybody knew about. I mean, we were very open with it."

He questioned the scrutiny of the Moscow project.

"There would have been nothing wrong if I did do it," Trump said. "When I'm running for president, that doesn't mean I'm not allowed to do business."

Trump often grows aggrieved seeing Cohen on TV, aides say. Among White House advisers, Cohen is seen as an existential threat – as much or more so than the Mueller investigation itself due to his longtime role as Trump's fixer. Trump's legal team did not learn until Thursday that Cohen had sat for dozens of hours of interviews with Mueller's office, according to a senior administration official.

Trump was infuriated earlier this year when Cohen released tapes of him and asked his lawyers and advisers if anything could be done to stop him from releasing any more.

The Trump legal team cast Cohen as a flawed character whose word is meaningless, as it had when he pleaded guilty in August to eight felony counts, including paying women for their silence about alleged affairs with Trump.

Legal experts said prosecutors were not likely to build a guilty plea – a brick in the overall case – on the word of one person. The prosecutors' filings show they have corroborated and buttressed Cohen's account with contemporaneous emails, and people familiar with the probe say they have also obtained corroborating testimony from other witnesses.

"This is obviously a significant plea and statement. It means that when the president was representing during the campaign that he had no business interests in Russia, that that wasn't true," said Adam Schiff,  the ranking Democrat in line to become chairman of the House Intelligence Committee. " If the president and his associates were being untruthful in real time as they were pursuing this deal, what does it mean now about how much we can rely on what the president is saying about any continuing Russian financial interest?"

Giuliani said the president and his business have not tried to hide his pursuit of a Moscow tower project, and voluntarily disclosed some of the documents Mueller's team used in its probe of Cohen for lying to Congress. According to a person familiar with the investigation, Cohen and the Trump Organisation could not produce some of the key records upon which Mueller relies. Other witnesses provided copies of those communications.

In the White House, two aides said Trump had complained more in recent days about Mueller's prosecutors and has kept close tabs on the comments of Corsi and Stone. Trump has praised his former campaign chairman, Paul Manafort, extensively for fighting Mueller's team, which accused Manafort this week of breaching a plea agreement by lying repeatedly to prosecutors as part of his pledged cooperation in the Russia probe. Cohen had not been on the front of Trump's mind, both of these aides said.

Many in the White House try to avoid talking with the president about the Mueller probe, for fear they will be subpoenaed. And both of the aides said it was unclear why Trump was complaining more about the investigation recently. During the midterm campaign, the President occasionally told advisers that people had forgotten about the Mueller probe and remarked positively that it was no longer dominating TV headlines.