Rescuers are still searching for 5,000 missing people after entire towns were levelled and buried in mud by the catastrophic events. 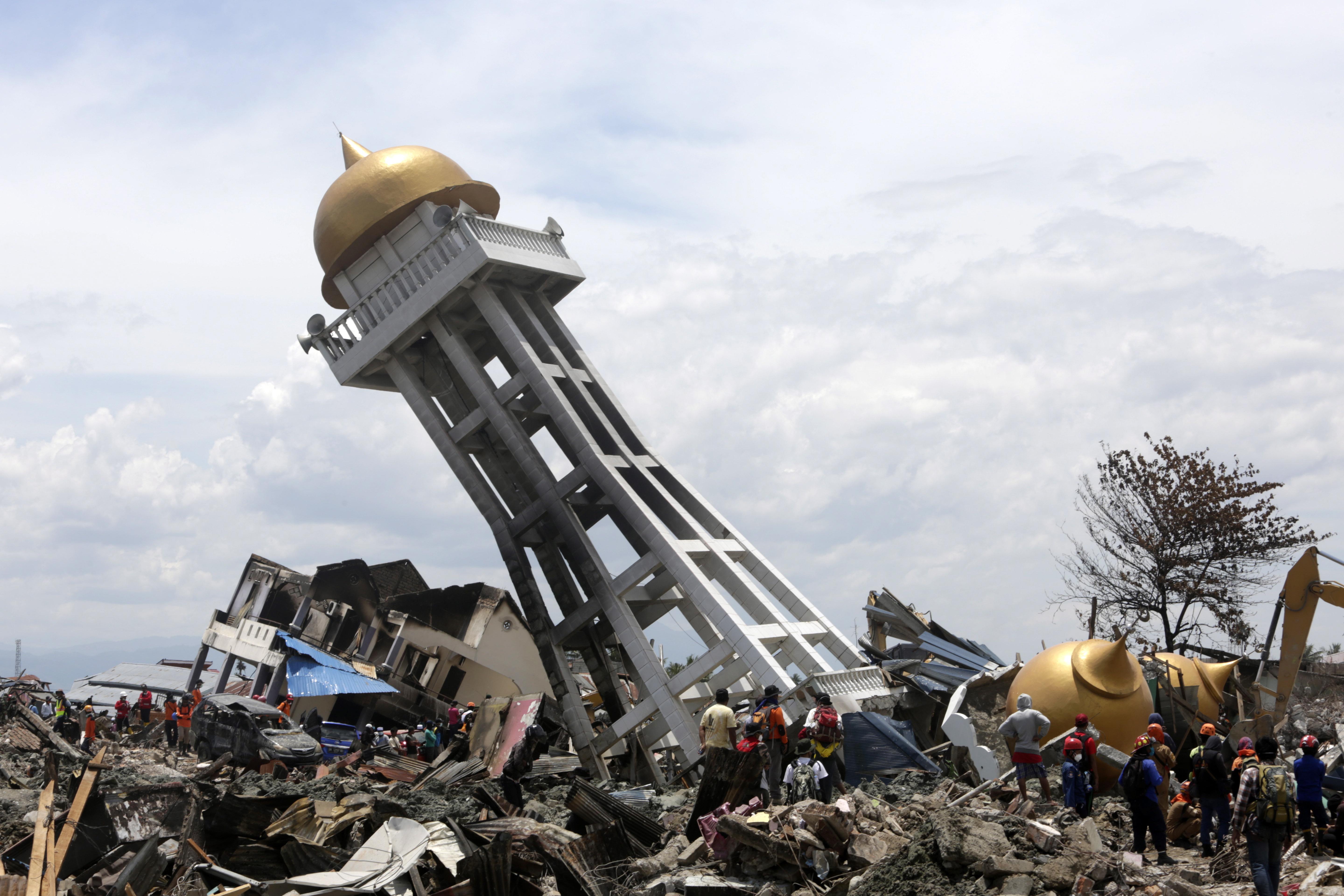 One small Indonesian town was drowned in mud by the natural disasters, with before and after pictures revealing the extent of damage.

Bodies are still being recovered from ruins of buildings in neighbourhoods hit by liquefaction, a phenomenon that turns the ground into a roiling quagmire, in the south of city.

In shocking aerial footage from the Balaroa and Petobo towns, mud can be seen shoving thousands of homes and buildings as well as green fields out of its way, tearing the area apart. 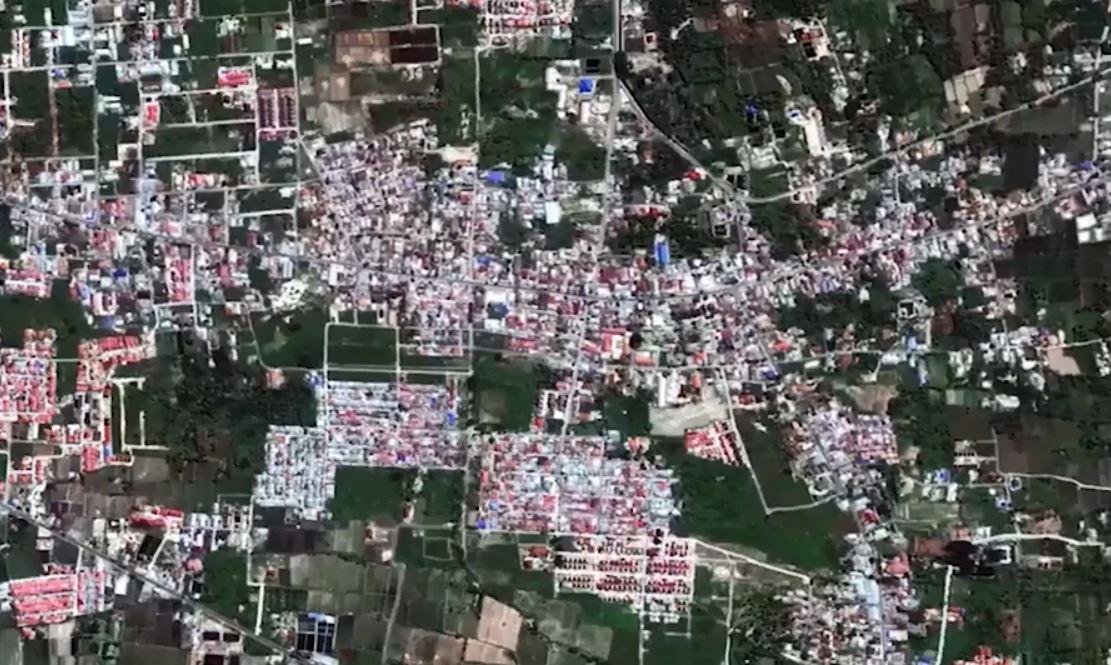 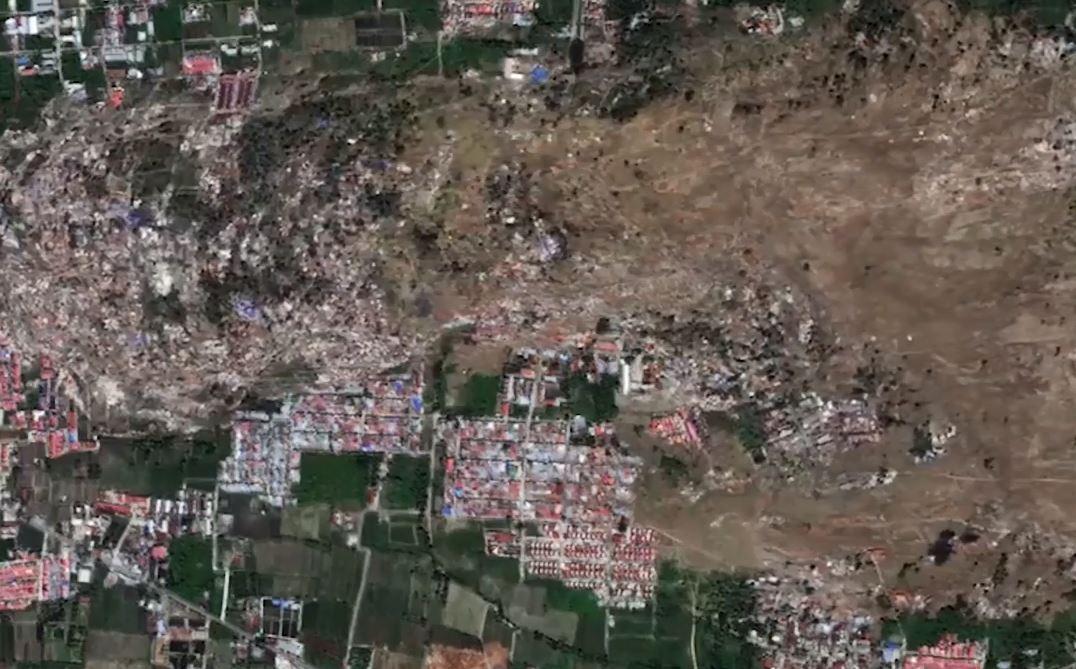 Dozens of rescuers removed 34 bodies from one rubble covered place on Saturday.

He added: "Victims who have not been found are declared missing."

The disaster saw 20ft waves crash onto the coast in some areas, destroying thousands of homes and causing devastation around the provincial capital of Palu, leaving Donggala and other coastal cities in ruins and without power. 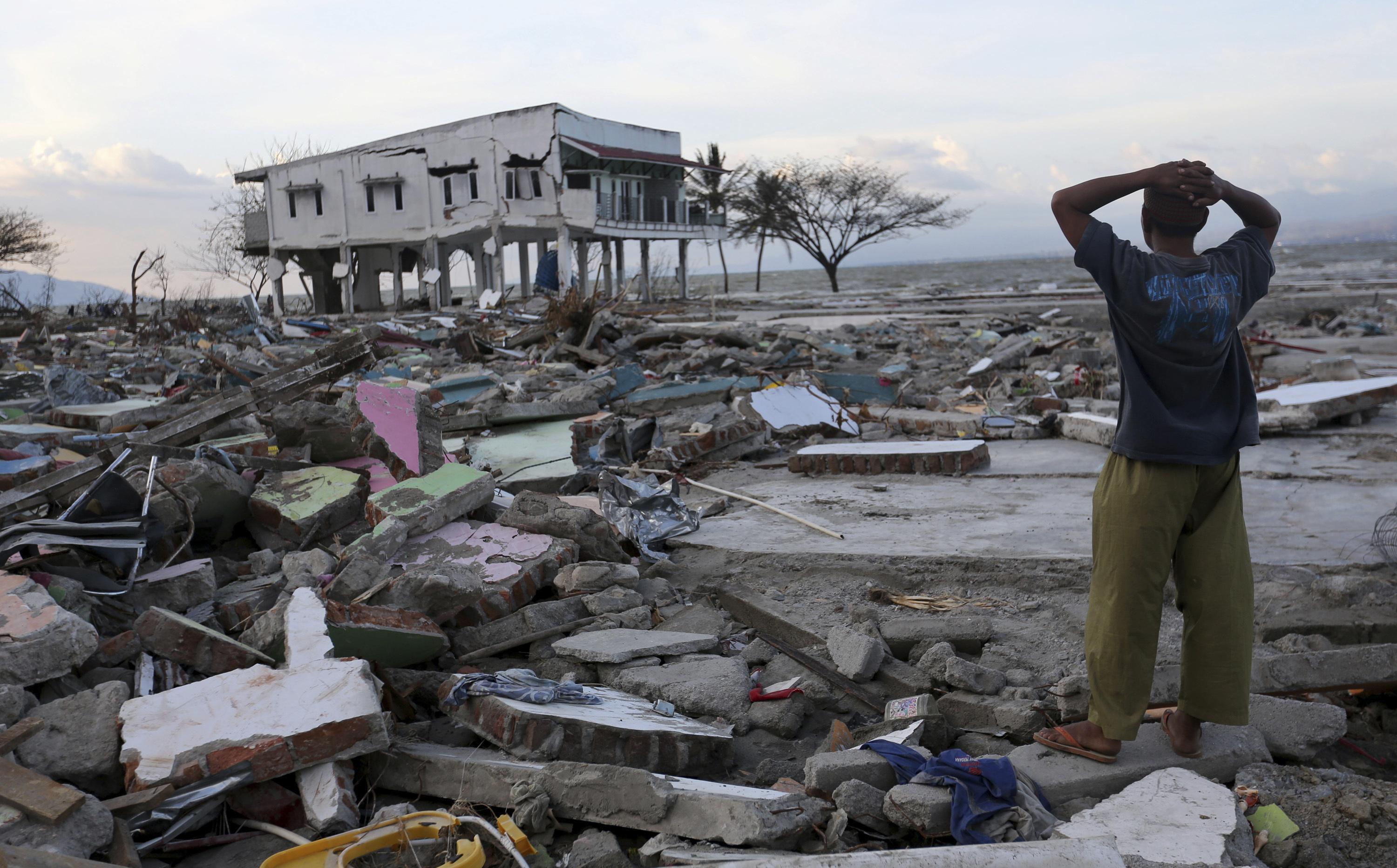 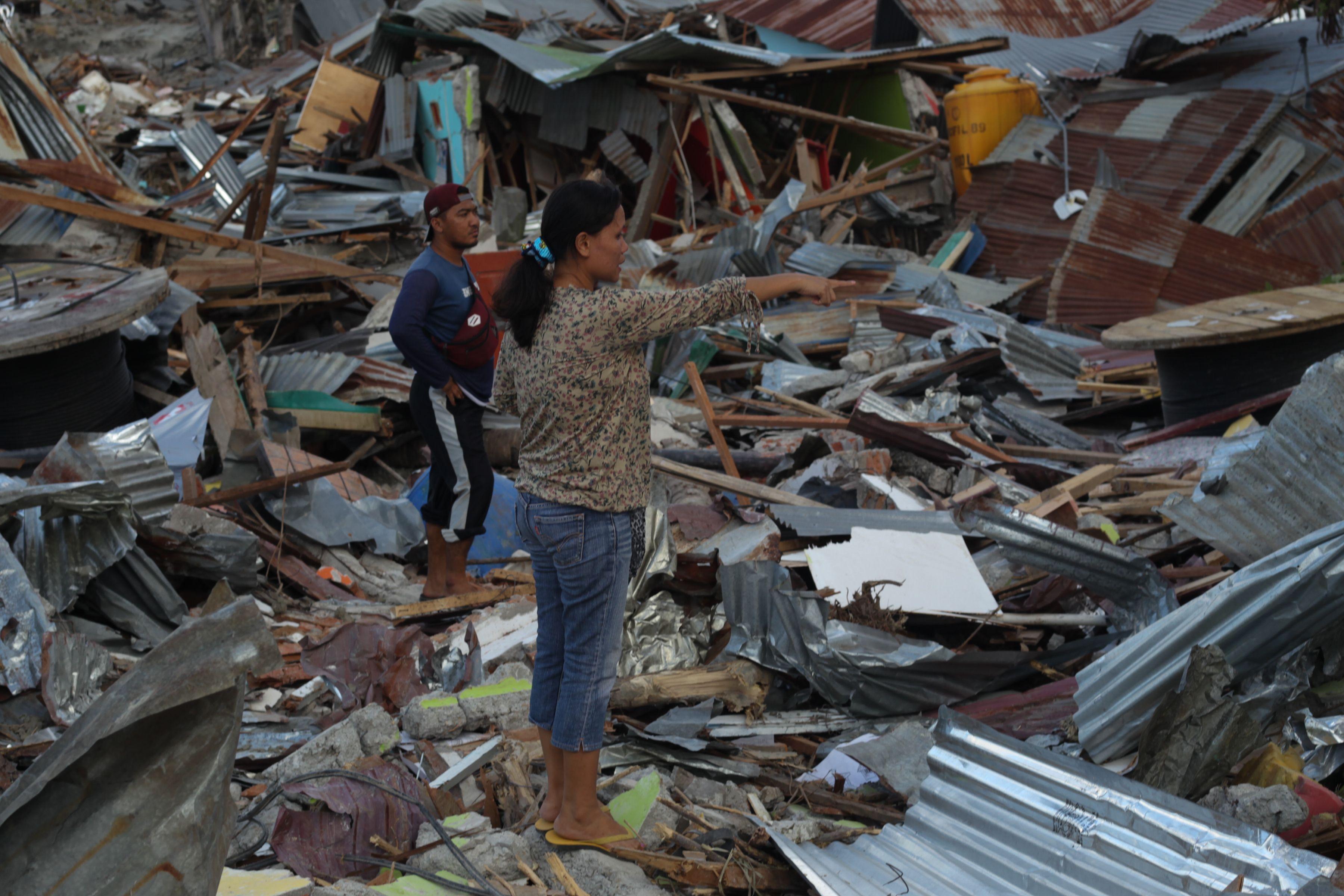 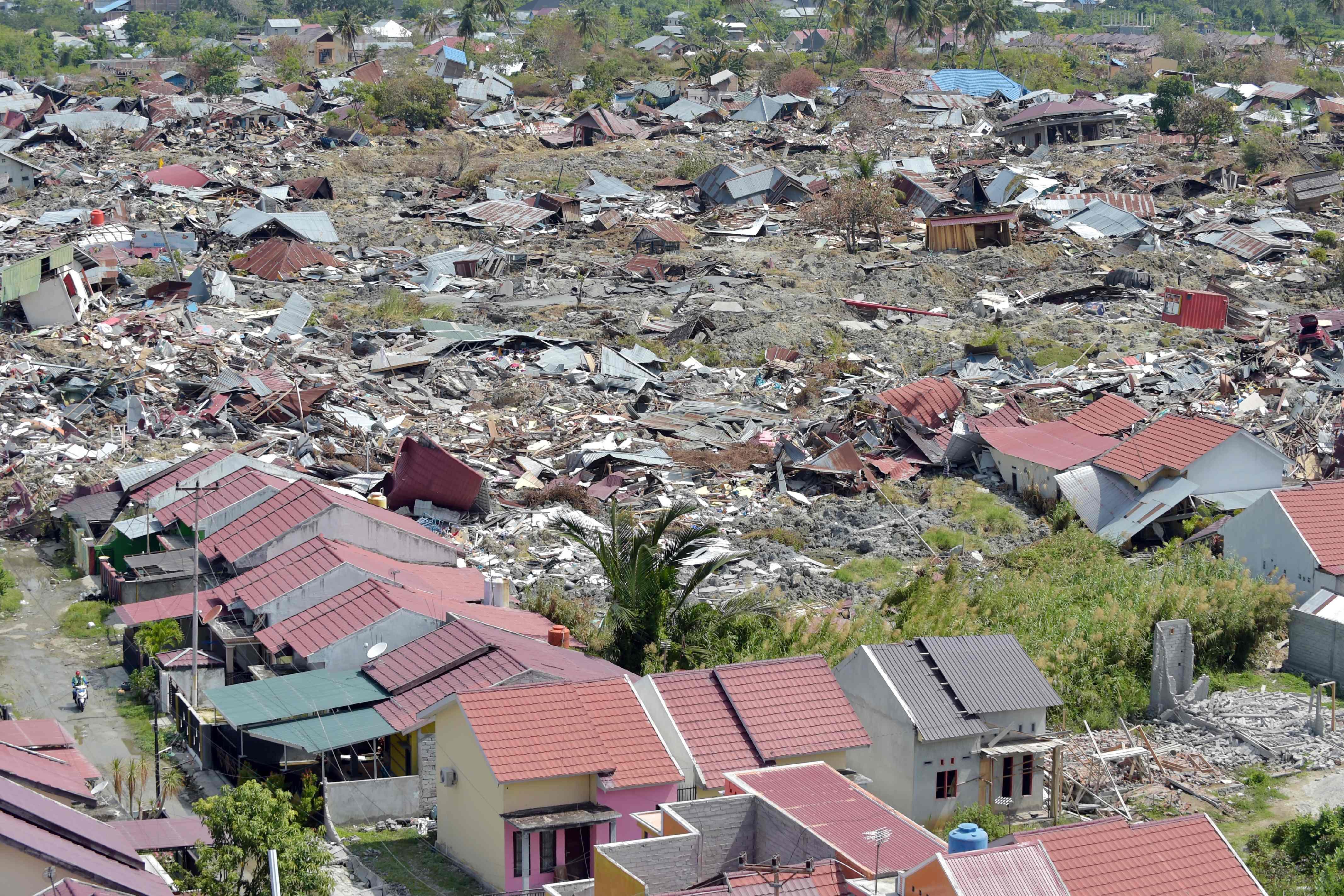 Two of the area's tourist hotels – The Mercure and Hotel Roa Roa – were among some of the worst hit by a 7.5-magnitude earthquake and tsunami.

French officials were holding out hope of finding survivors in the Mercure hotel’s rubble, but stated on Friday October 5 they no longer believed life was possible.

The search team had said late Thursday its life-searching sensor “detected the presence of a victim” under thick concrete in the wreckage of the Mercure Hotel in Palu.

The device can pick up breathing and heartbeats, but the team also cautioned gas leaks and other factors can result in false positives. 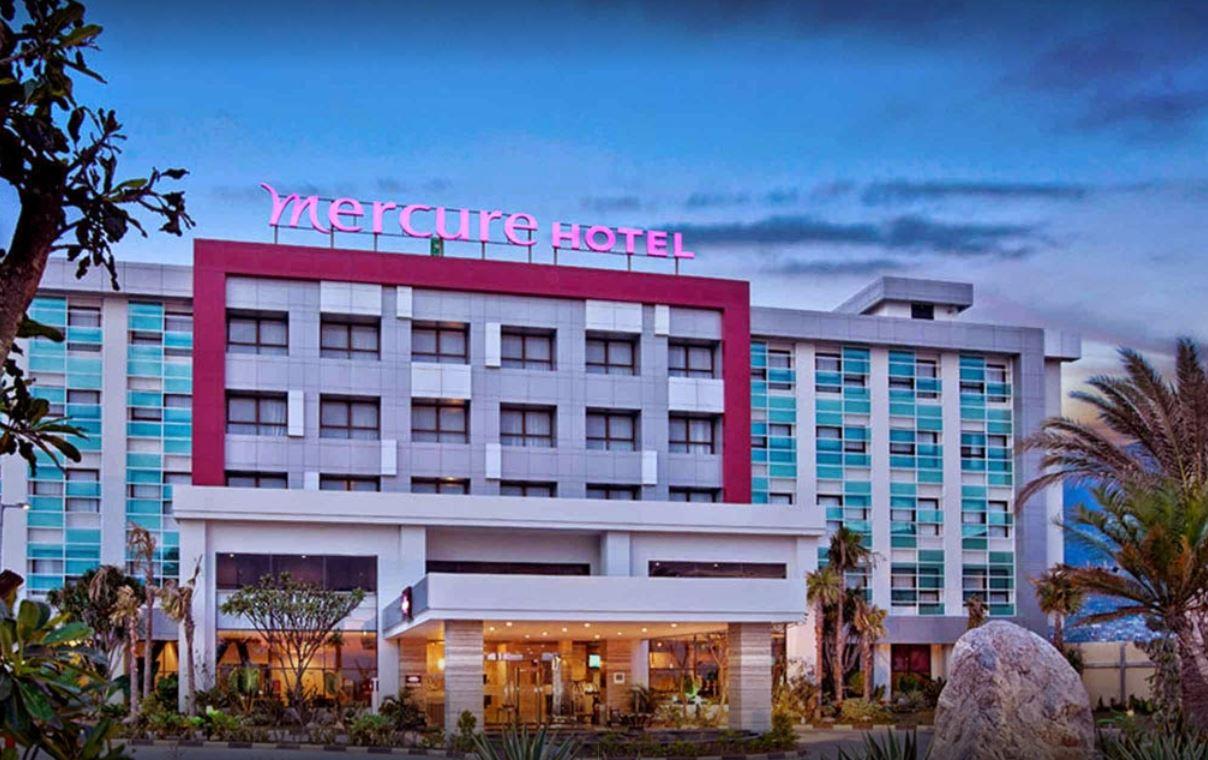 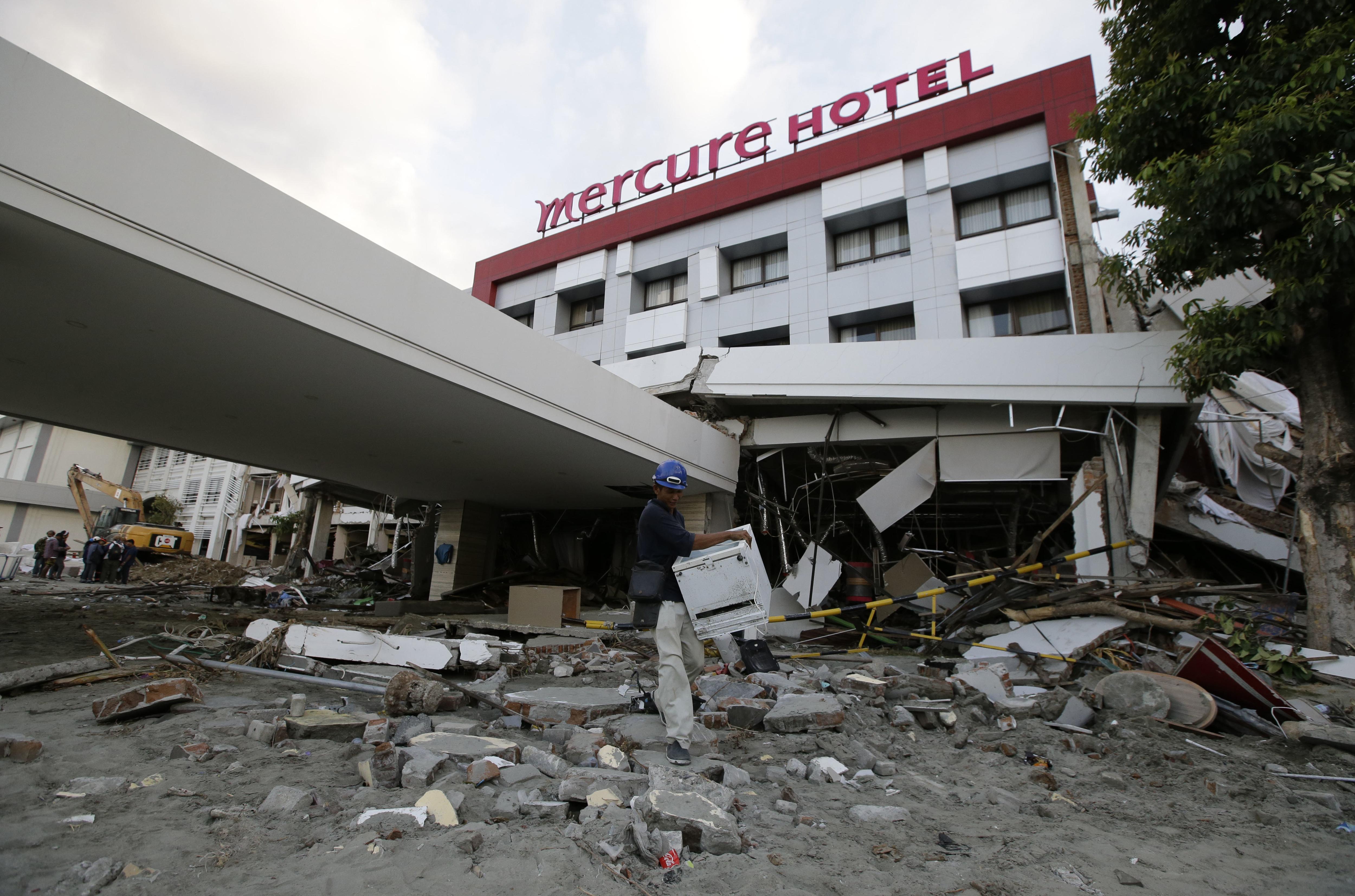 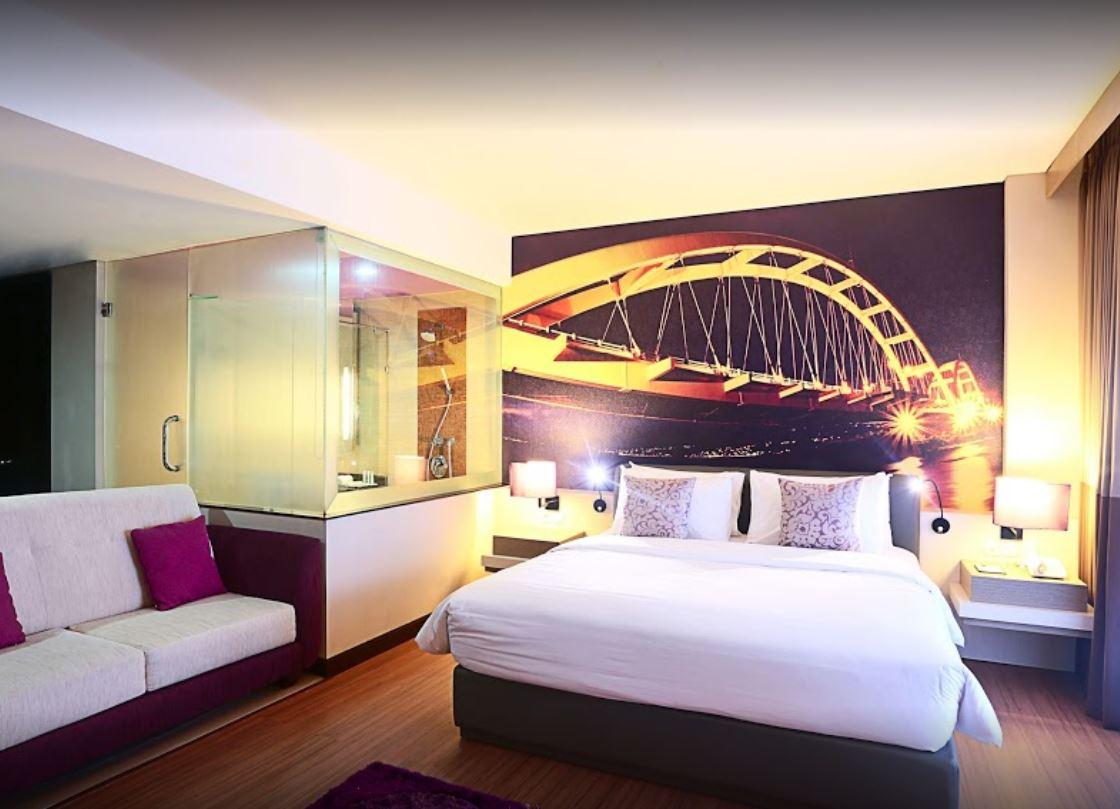 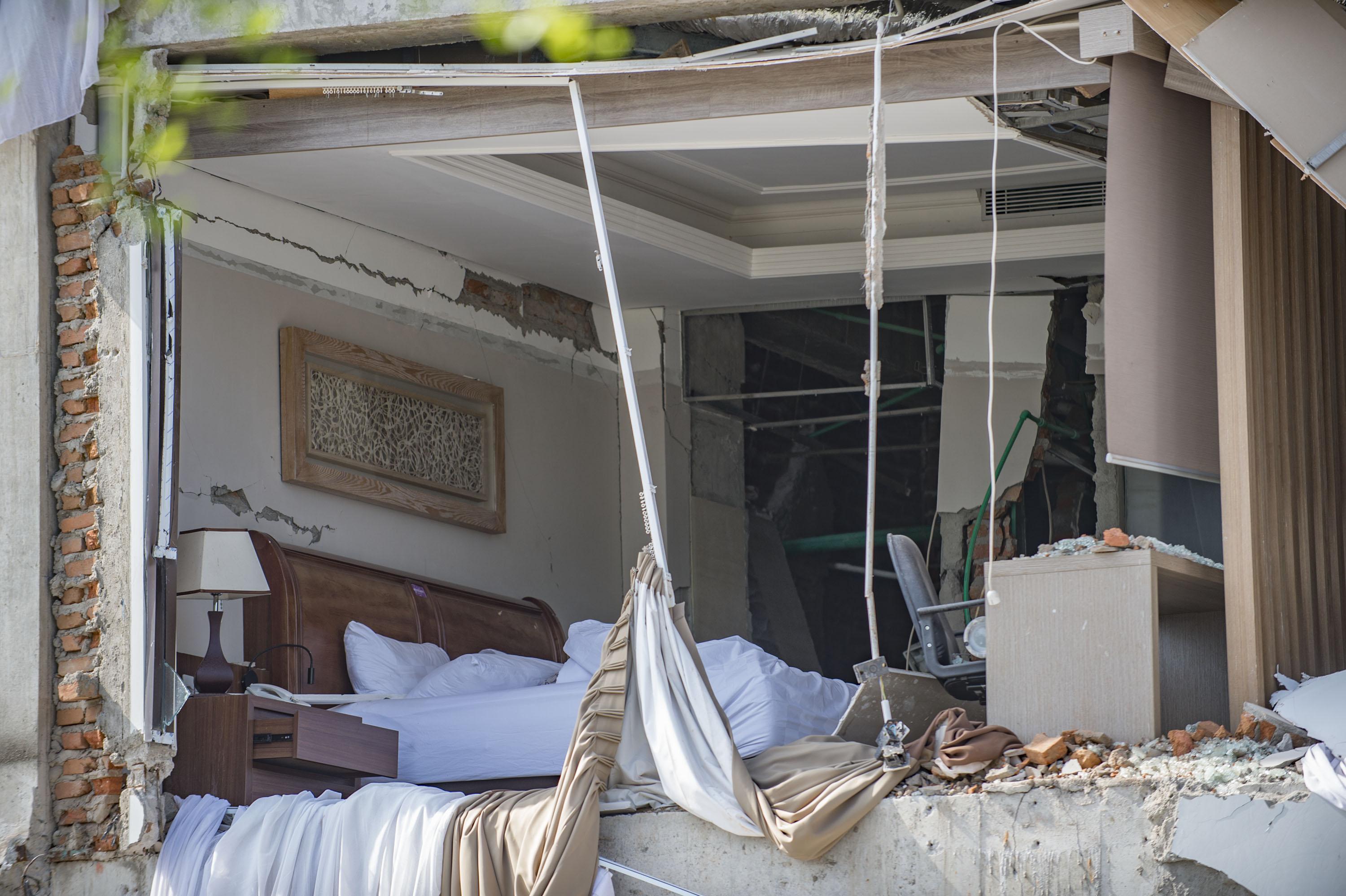 The team stopped digging overnight. But after an hour of searching on Friday morning, team member Philip Besson said they couldn’t find the signal again.

“We strongly believed in it yesterday. Now we have nothing at all … we tried everything and have no response,” he said.

Along the thousands of homes and lives lost, other local structures and buildings were destroyed, as seen in shocking images.

The government have said they are considering making devastated areas into mass graves. 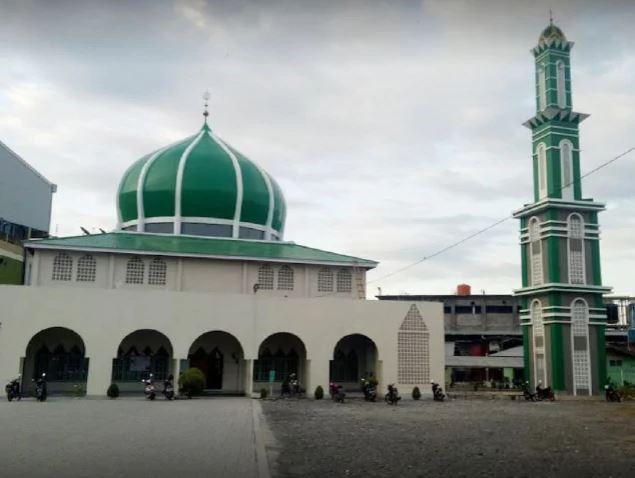 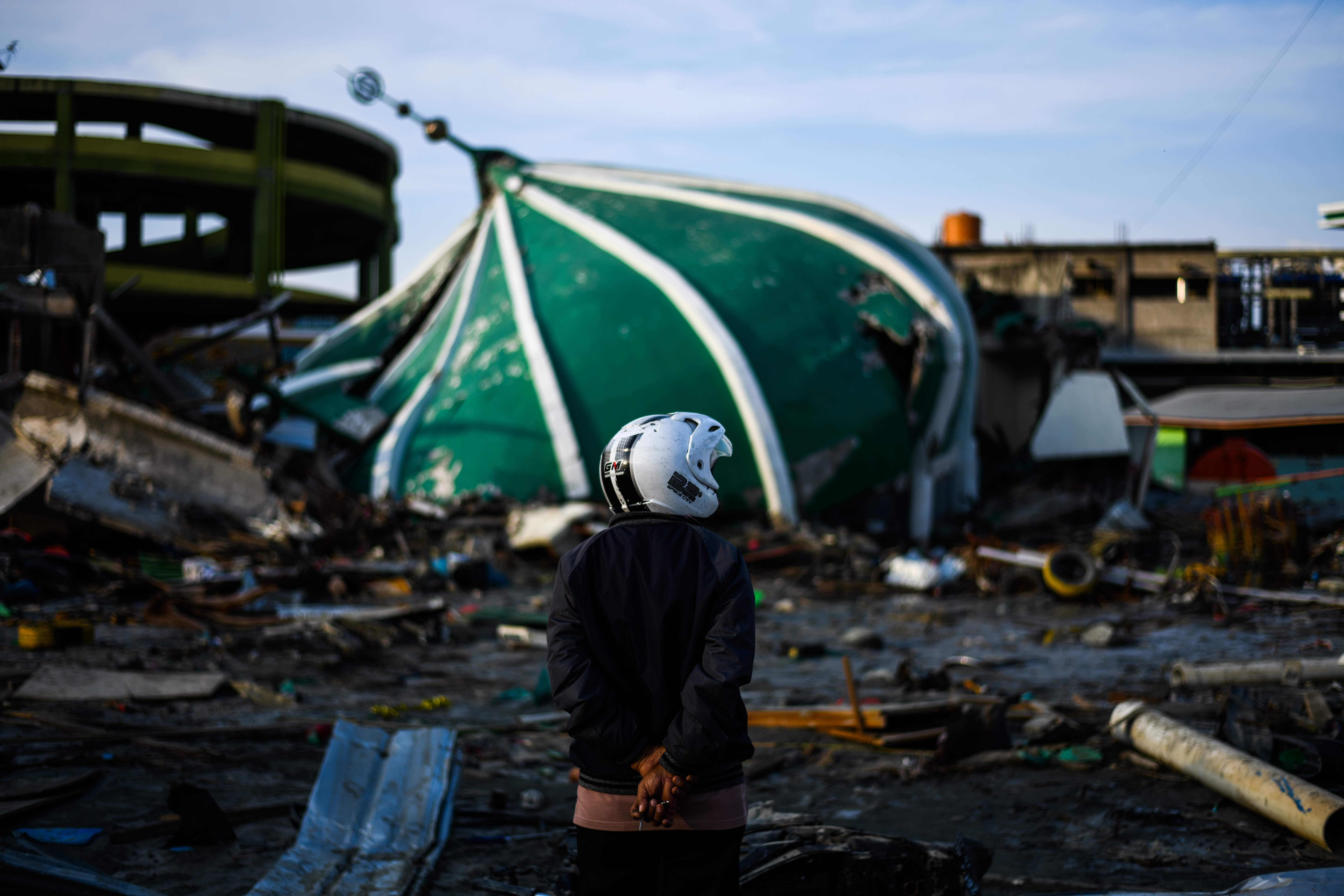 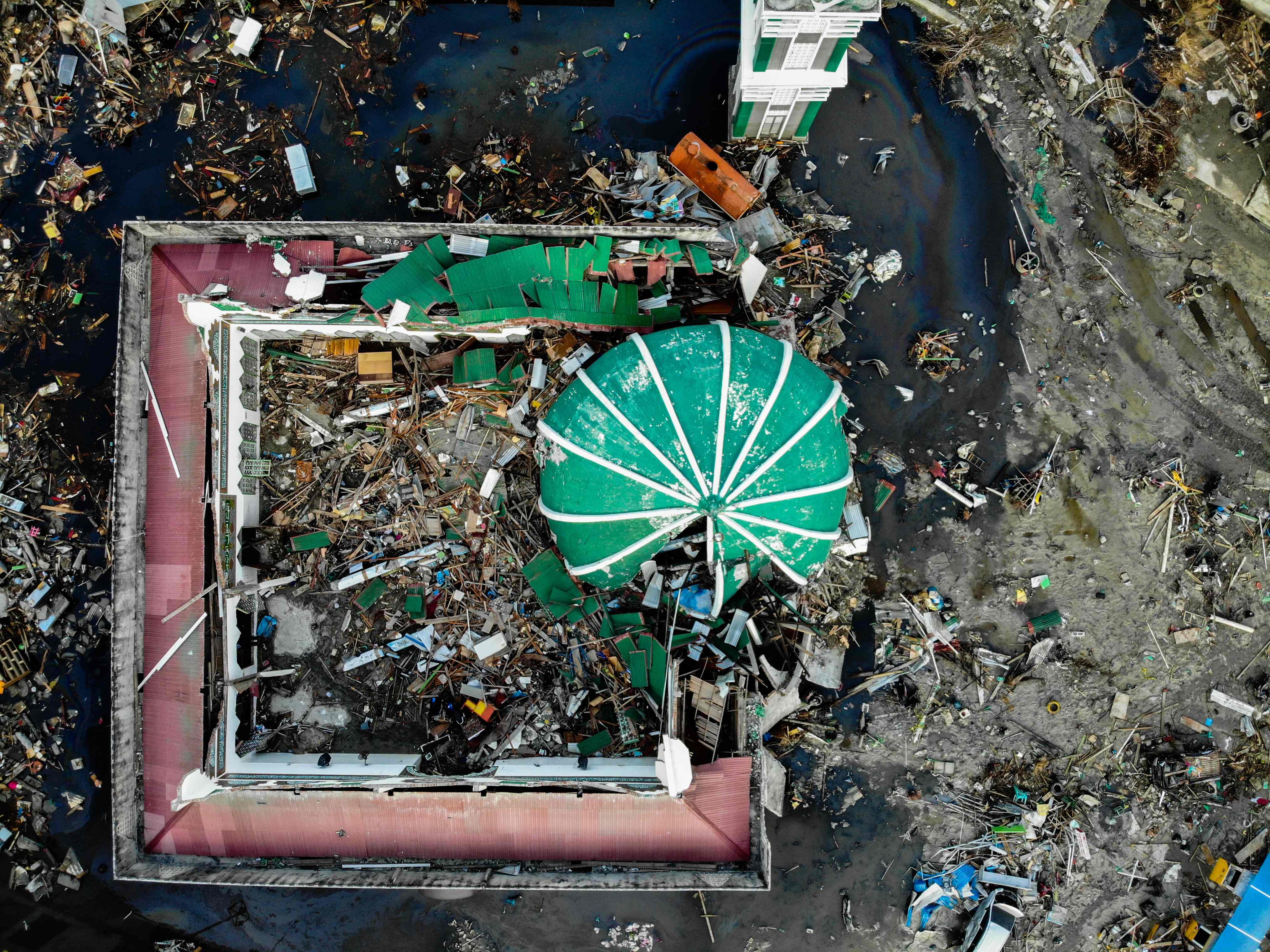 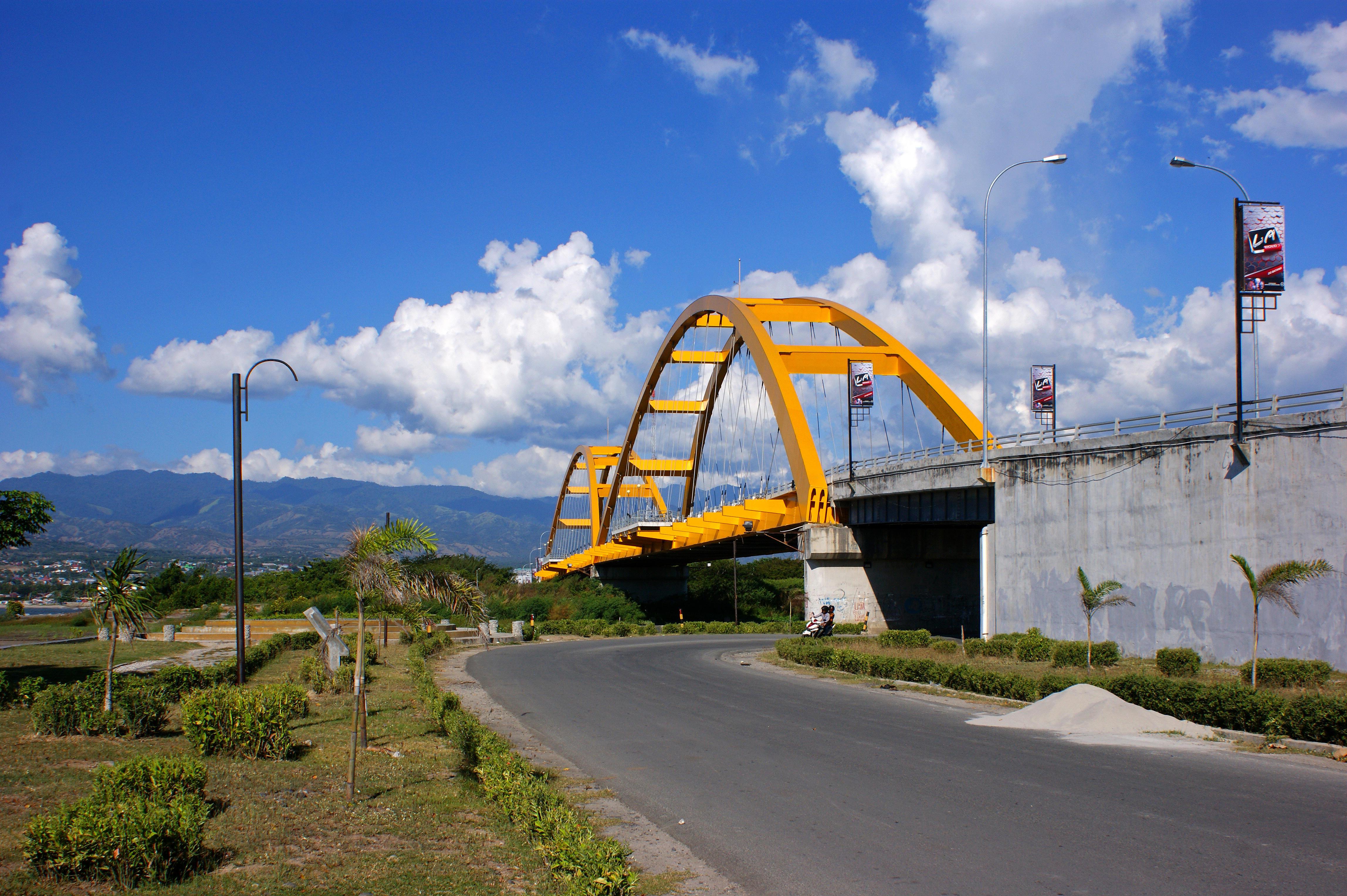 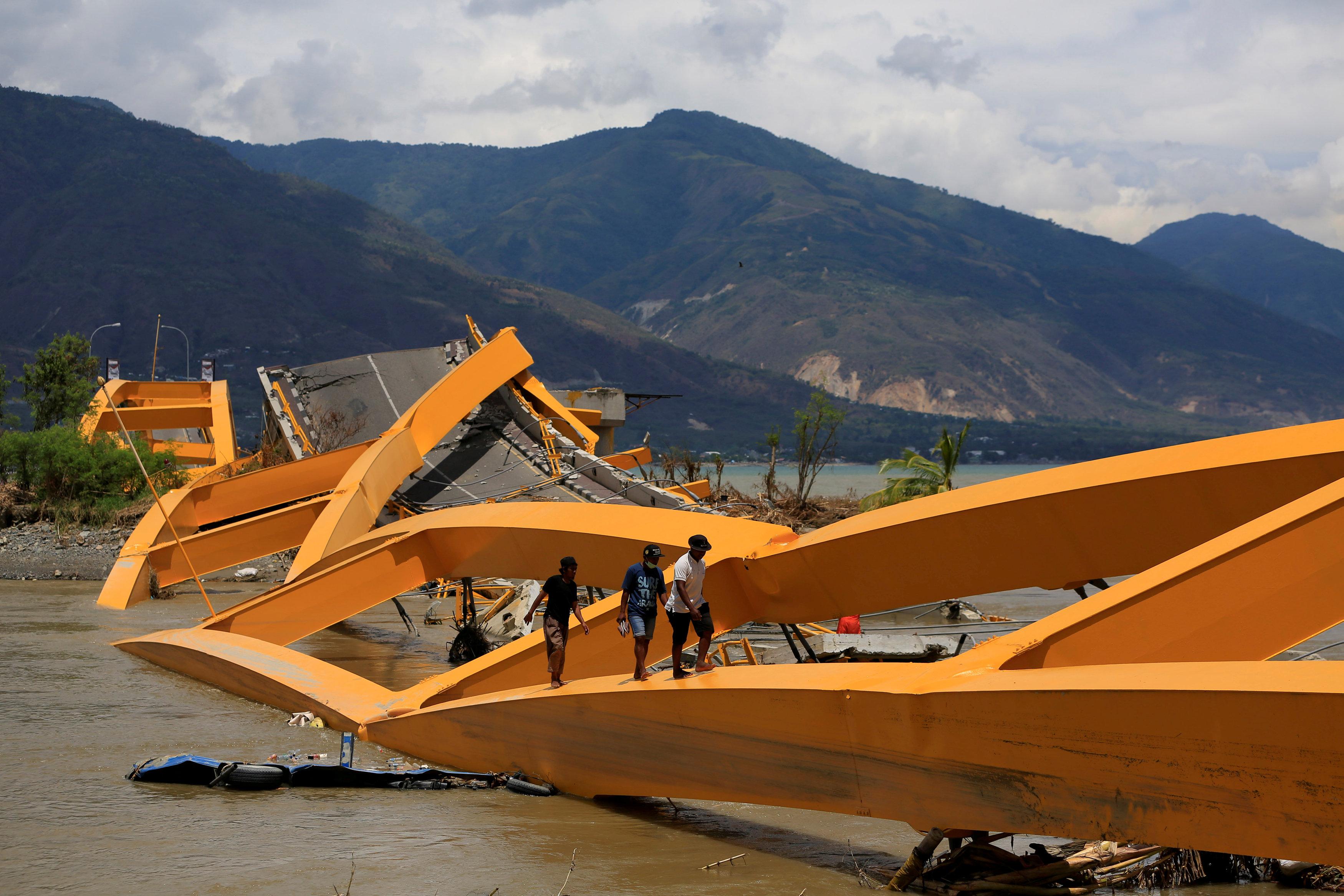 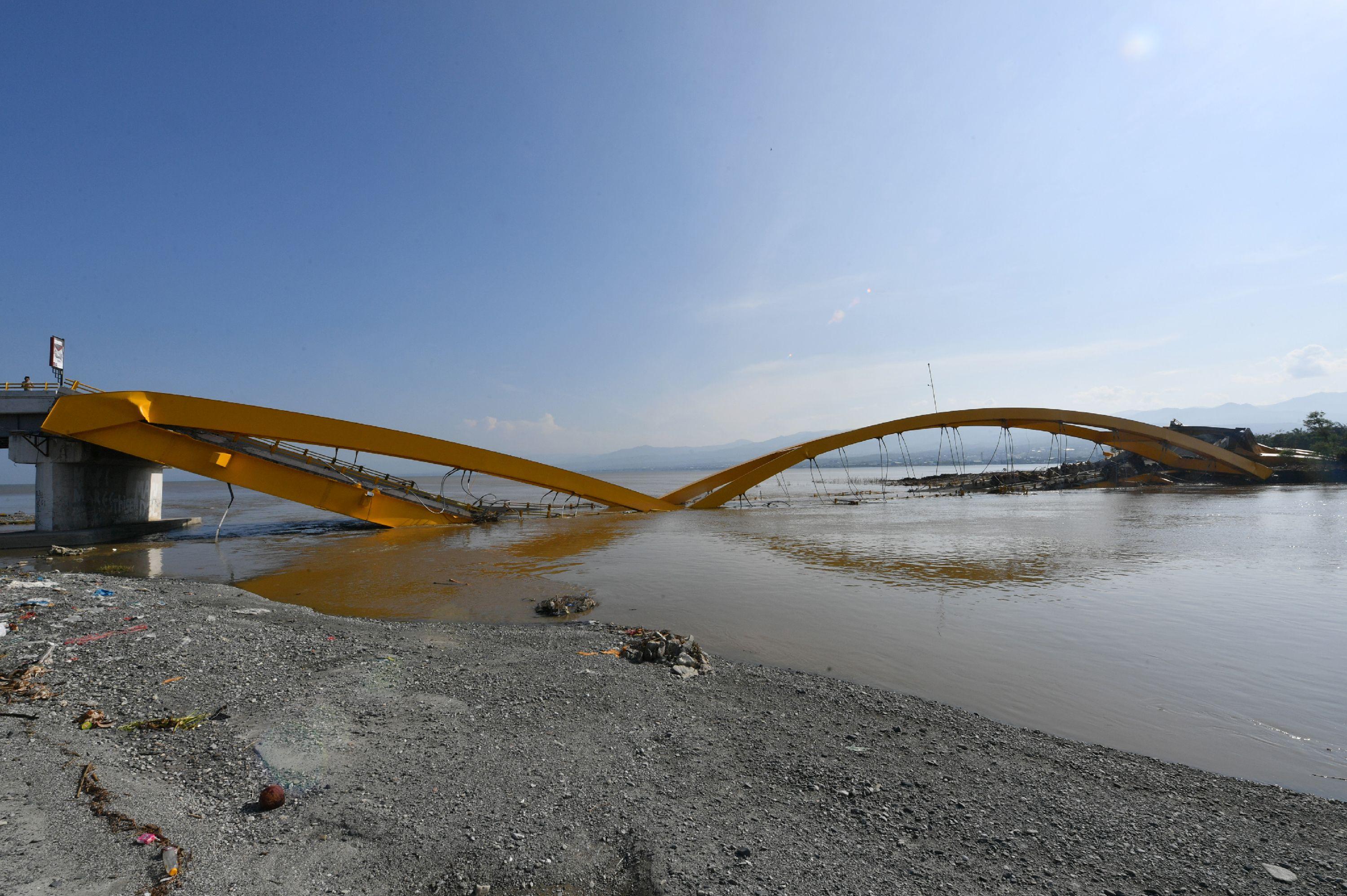 A big aid operation is gearing up to help hard-hit communities where some 70,000 people have been displaced.

Indonesia has often been reluctant to be seen as relying on outside help to cope with disasters.

The government shunned foreign aid this year when earthquakes struck the island of Lombok but it accepted help from abroad for Sulawesi. 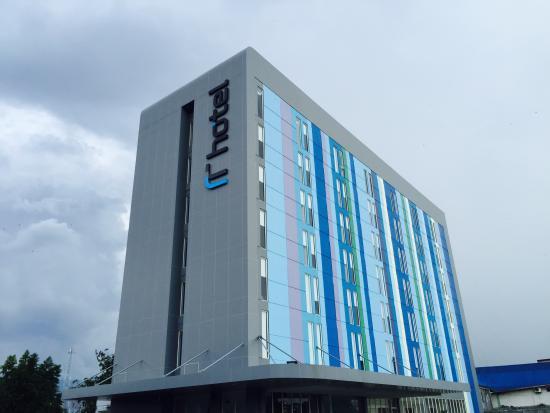 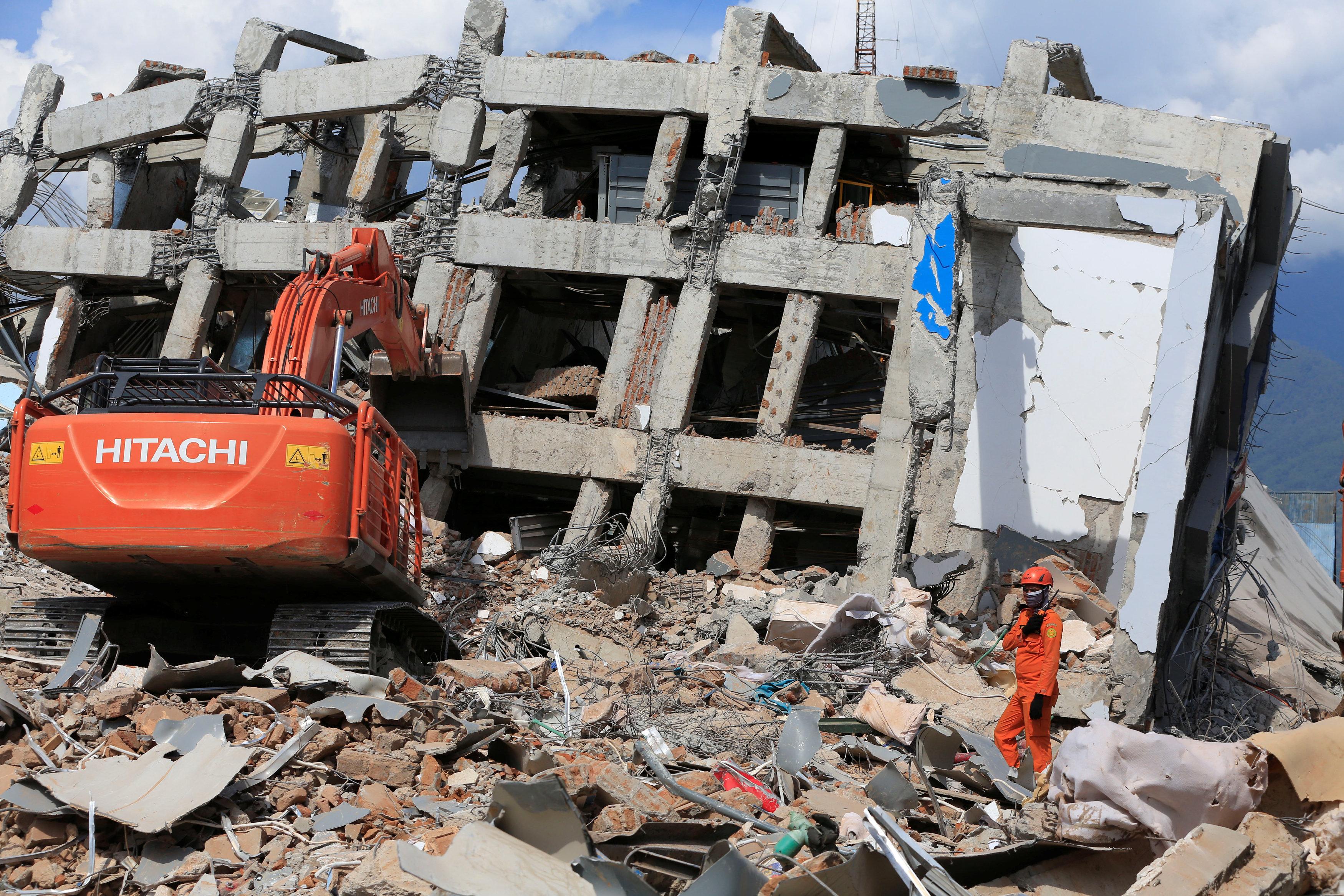 Indonesia's top security minister, Wiranto, who uses a single name, said the government is mulling the possibility of halting the search and turning Balaroa and Petobo, another neighborhood in Palu, into mass graves.

Petobo disappeared into the earth as the force of the quake liquified its soft soil, and the official said efforts to retrieve bodies are problematic in those neighbourhoods, where homes were sucked into the earth, burying possibly hundreds of victims.

Photos of the devastated areas have shown the catastrophic effect on the coastal area.