THOUSANDS of people have been forced to flee after a volcano erupted in Indonesia.

Smoke and ash were sent spewing 13,000 yards into the air from Mt Ile Lewotolok in Indonesia's East Nusa Tenggara province. 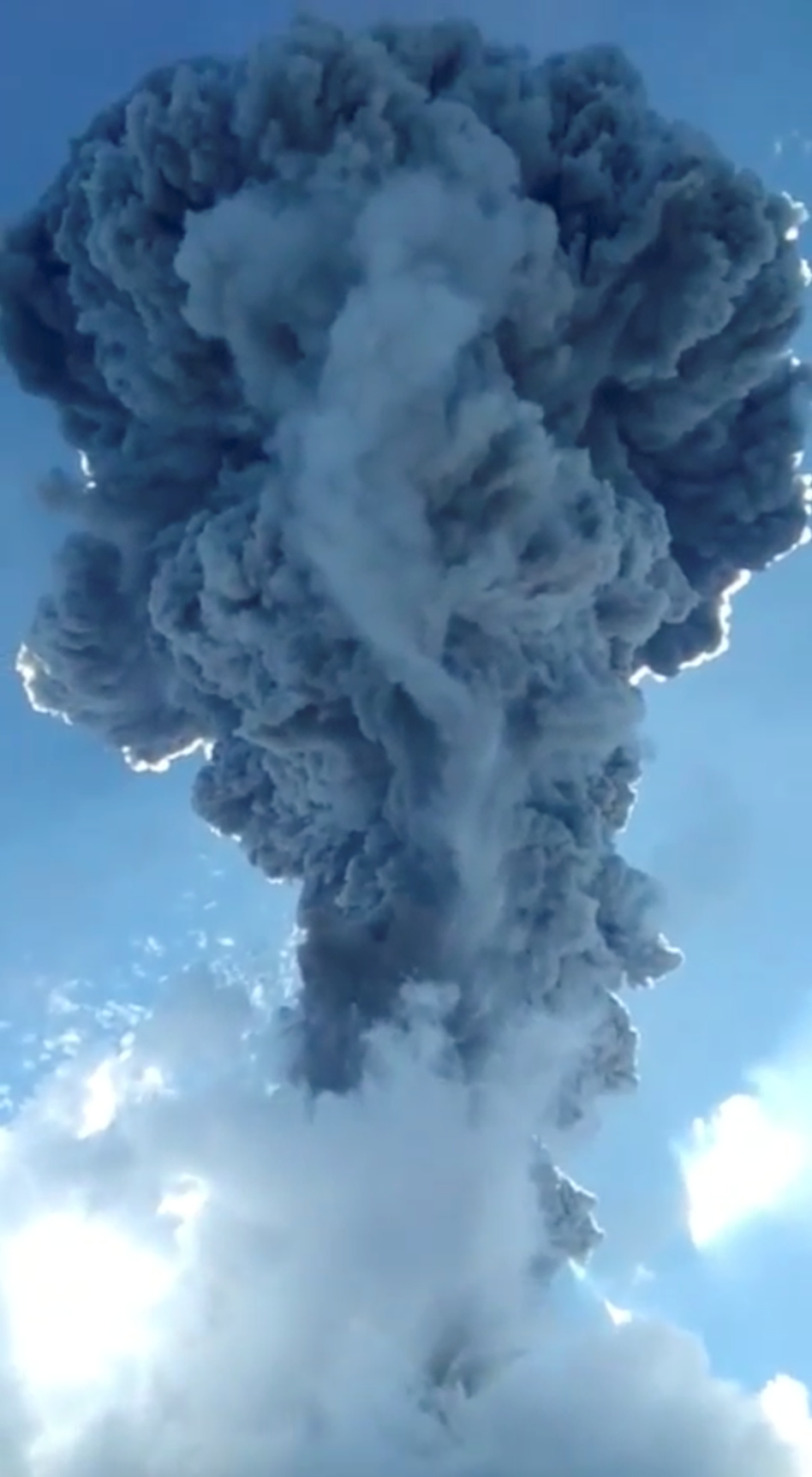 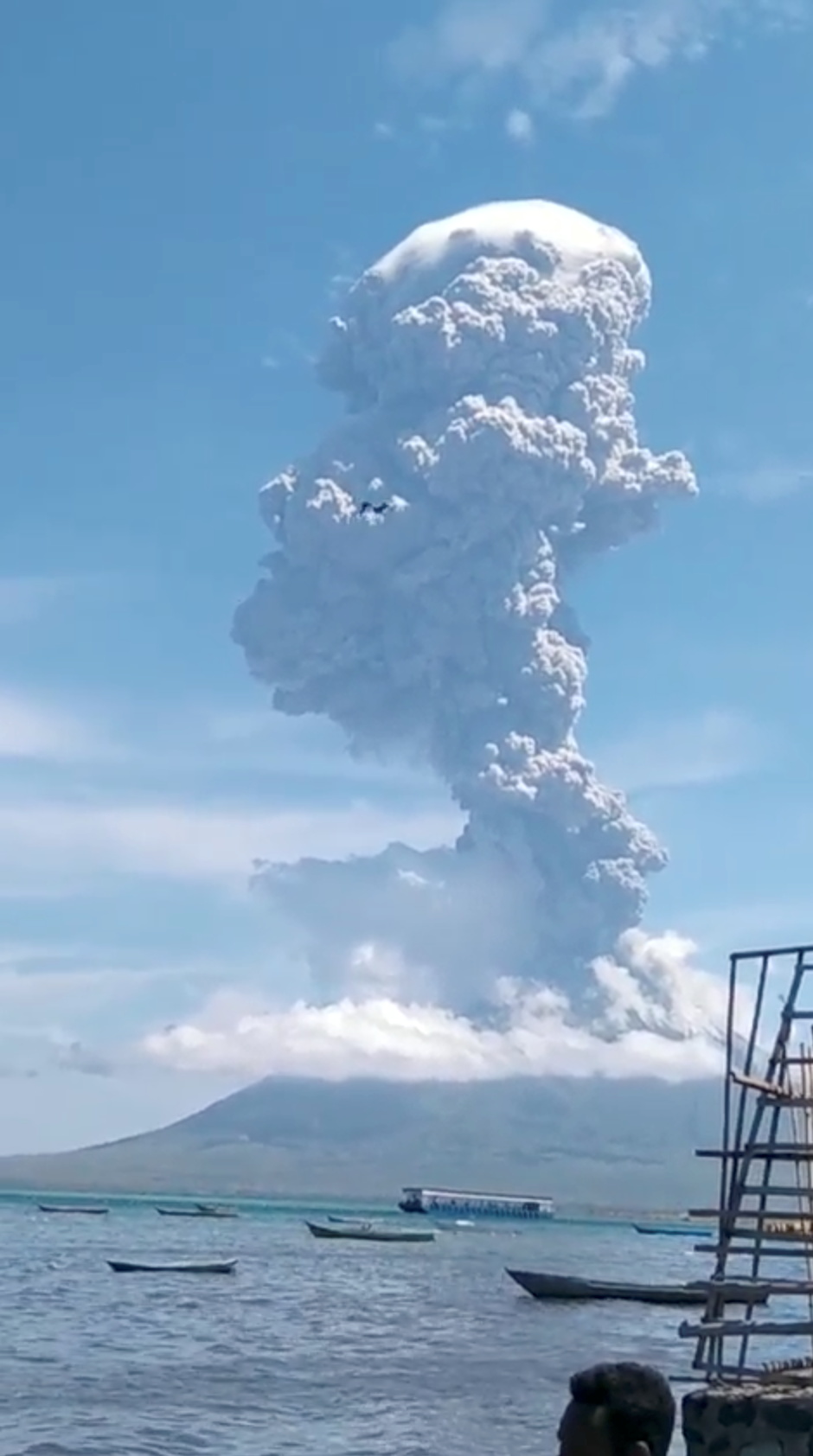 Terrifying photographs shows the plume billowing into the blue sky.

Local authorities said that more than 2,700 residents were forced to seek refuse after the eruption.

Raditya Jati, a spokesman for the country’s disaster mitigation agency, said the explosion had caused panic for local residents.

Locals from about 26 villages have been forced to seek refuge.

However, no injuries have been reported so far.

Muhammad Ilham, a 17-year-old who witnessed the eruption, told Reuters that resident nearby were “panicked and they’re still looking for refuge and in need of money right now”.

Mt. Ile Lewotolok is one of almost 130 active volcanoes in Indonesia.

According to Indonesia’s Volcanology and Geological Hazard Mitigation Center, the area near the volcano is likely to be inundated with “hot clouds, lava stream, lava avalanche, and poisonous gas”. 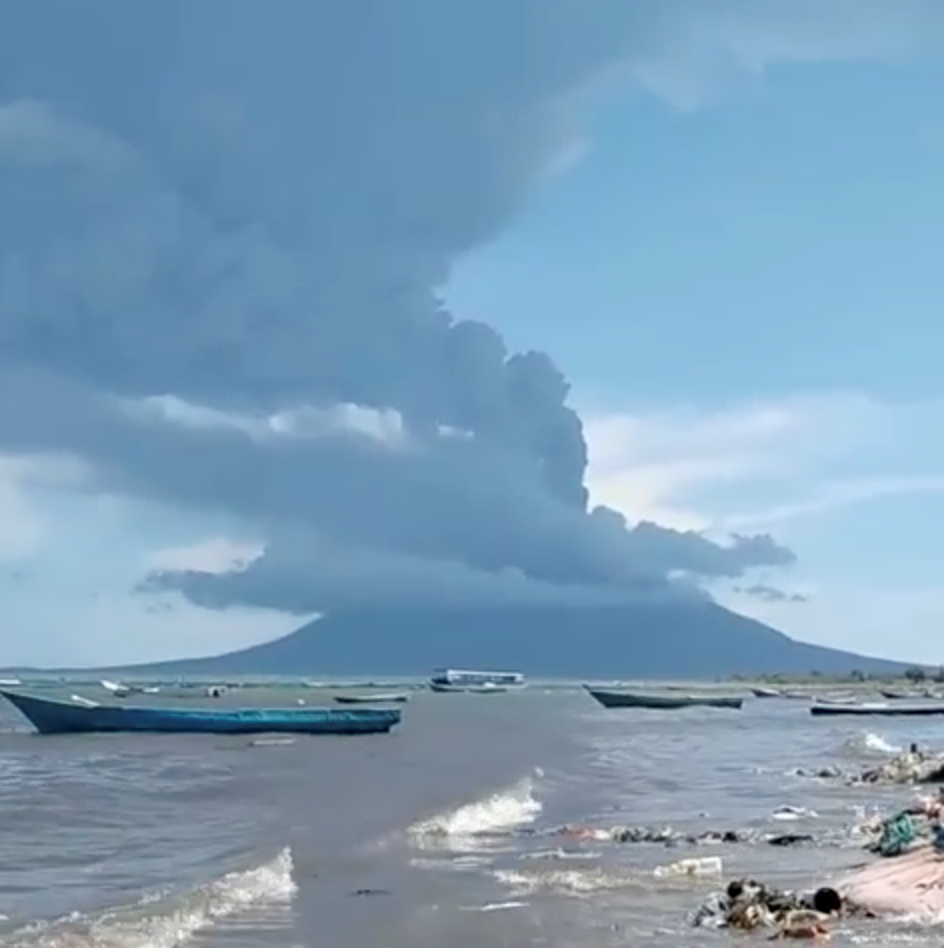 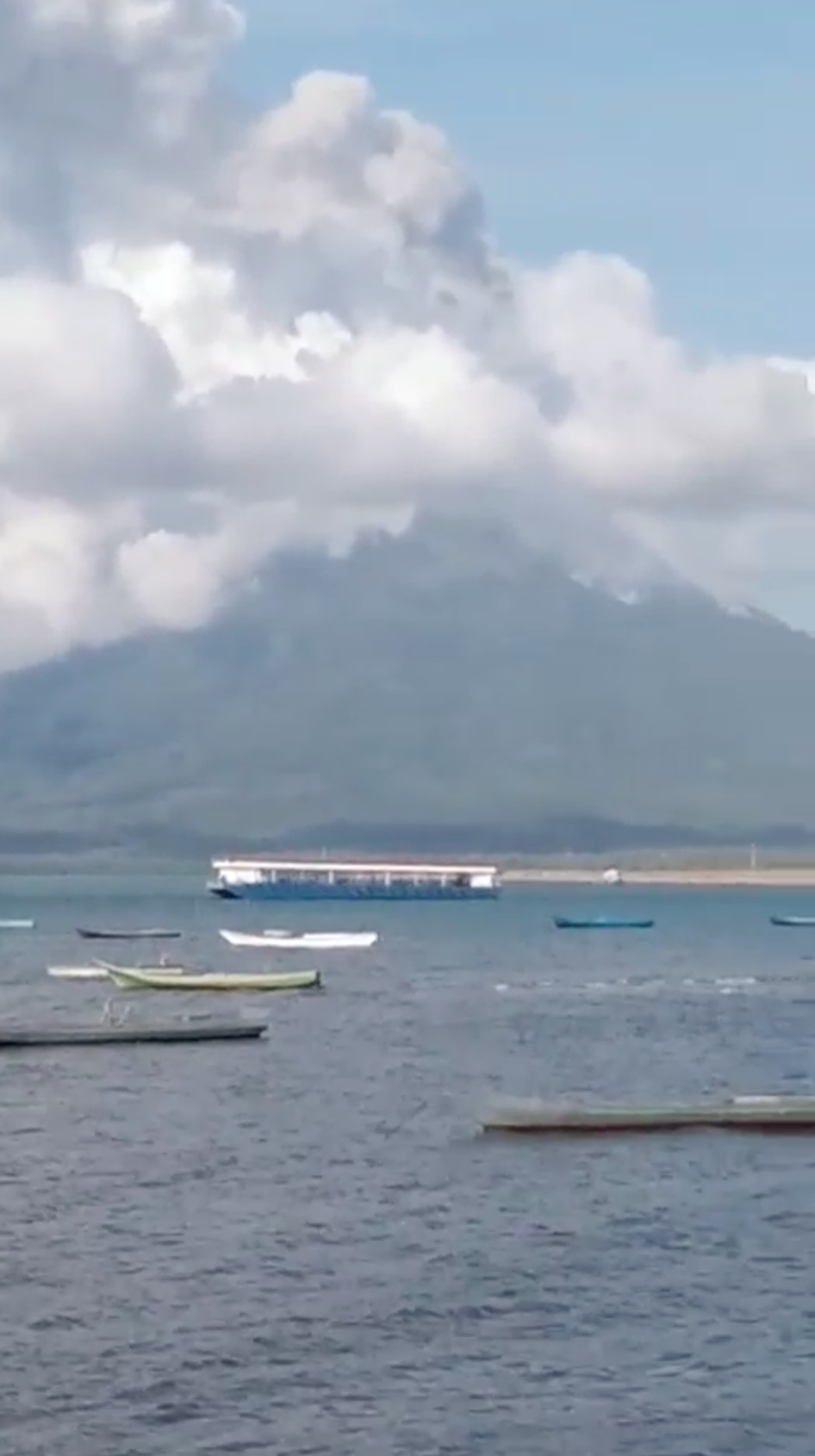 It's not the first time that a volcano has erupted in the region.

Nasa recently shared an aerial photo of the erupting Krakatoa volcano that sits off the coast of Indonesia.

Krakatoa has been erupting sporadically throughout 2020, and in April spewed ash an estimated 1,640ft into the air.

How do volcanoes erupt?

Here are the basic facts…

"Krakatoa maintains a mighty and sometimes menacing presence in the Sunda Strait between Java and Sumatra, with more than 50 known periods of eruptions in almost 2,000 years," Nasa wrote in a blog post about the photo.

"The Indonesian volcano’s latest burst of activity has produced numerous plumes and lava flows in 2020, including some relatively small but notable events in April."

Krakatoa is one of the most active volcanoes in the world. It's just 90 miles from Indonesia's capital, Jakarta.

More than 400 people died when the volcano erupted in December 2018, triggering a massive tsunami.

But Krakatoa’s most infamous eruption came in August 1883 when about 36,000 people were killed.