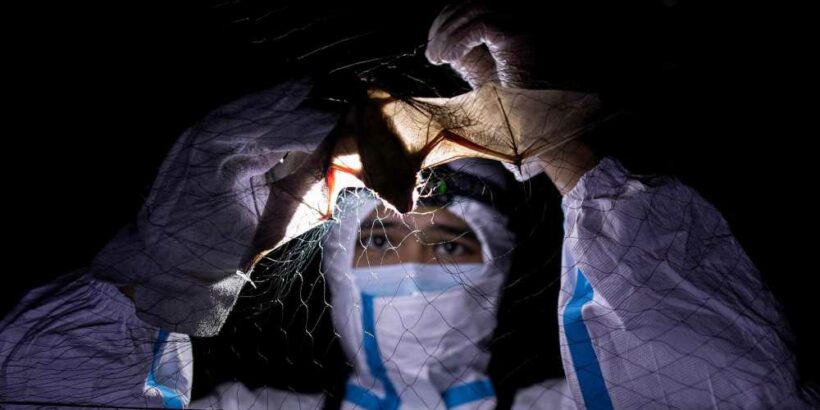 Memorial Day: How COVID-19 restrictions will affect the holiday weekend

It’s been a fruit-less bat search.

China has tested more than 50,000 animals, including thousands of bats, to find evidence of COVID-19’s origins — amid a renewed international focus on whether the virus actually leaked from a laboratory.

Studies started soon after the first case was officially registered in Wuhan in December 2019, with the local wet market soon closed down and eyed as a likely source for the contagion that has now killed more than 3.5 million people worldwide.

Since then, tens of thousands of animals have been tested, not just bats — the source of similar viruses — but also pigs, goats and geese, noted the MIT Technology Review.

Yet Liang Wannian, the lead Chinese researcher who worked with the World Health Organization (WHO) in its controversial study of the origins, has admitted that the pandemic “remains an unsolved mystery” despite the nation’s apparent exhaustive studies.

The closest match was a bat virus with a genetic code that was 96.2 percent identical to SARS-CoV-2, the virus that caused COVID-19, previous reports have noted.

However, that was taken during research on bats in caves in Yunnan province, hundreds of miles from the epicenter of Wuhan.

That research was carried out by the Wuhan Institute of Virology (WIV), the lab in the epicenter that has long denied repeated accusations, including from international leaders like former President Donald Trump, that it has not revealed everything it knows about the pandemic’s origins.

The WIV and its chief scientist, “bat woman” Shi Zhengli, had already found international notoriety with pivotal breakthroughs over SARS, a similar coronavirus that emerged from China in 2003.

With that outbreak, however, researchers were able to quickly find a nearly identical virus in Himalayan palm civet cats and raccoon dogs — both eaten locally — during testing, the MIT Technology Review noted.

The WHO’s report still believes the COVID-19 virus likely originated from bats, yet the lab in the epicenter that is a world leader in researching such cases has still yet to find a source, China and the lab has repeatedly claimed.

Yet the institute removed its online database of studies in late 2019, just before the outbreak started, which Zhengli blamed on protecting the lab and its staff from attacks.

Former US national security adviser Matthew Pottinger is among many who believe that it is “very much possible that it did emerge from the laboratory.”

Jamie Metzl, a technology and national security fellow at the Atlantic Council think tank, told the publication that it was “crazy” that there were still no clear answers to what caused the pandemic.

“Everyone on earth is a stakeholder in this,” he insisted.