The pictures capture the women – believed to be the most dangerous in the country – posing next to kids while brandishing guns. 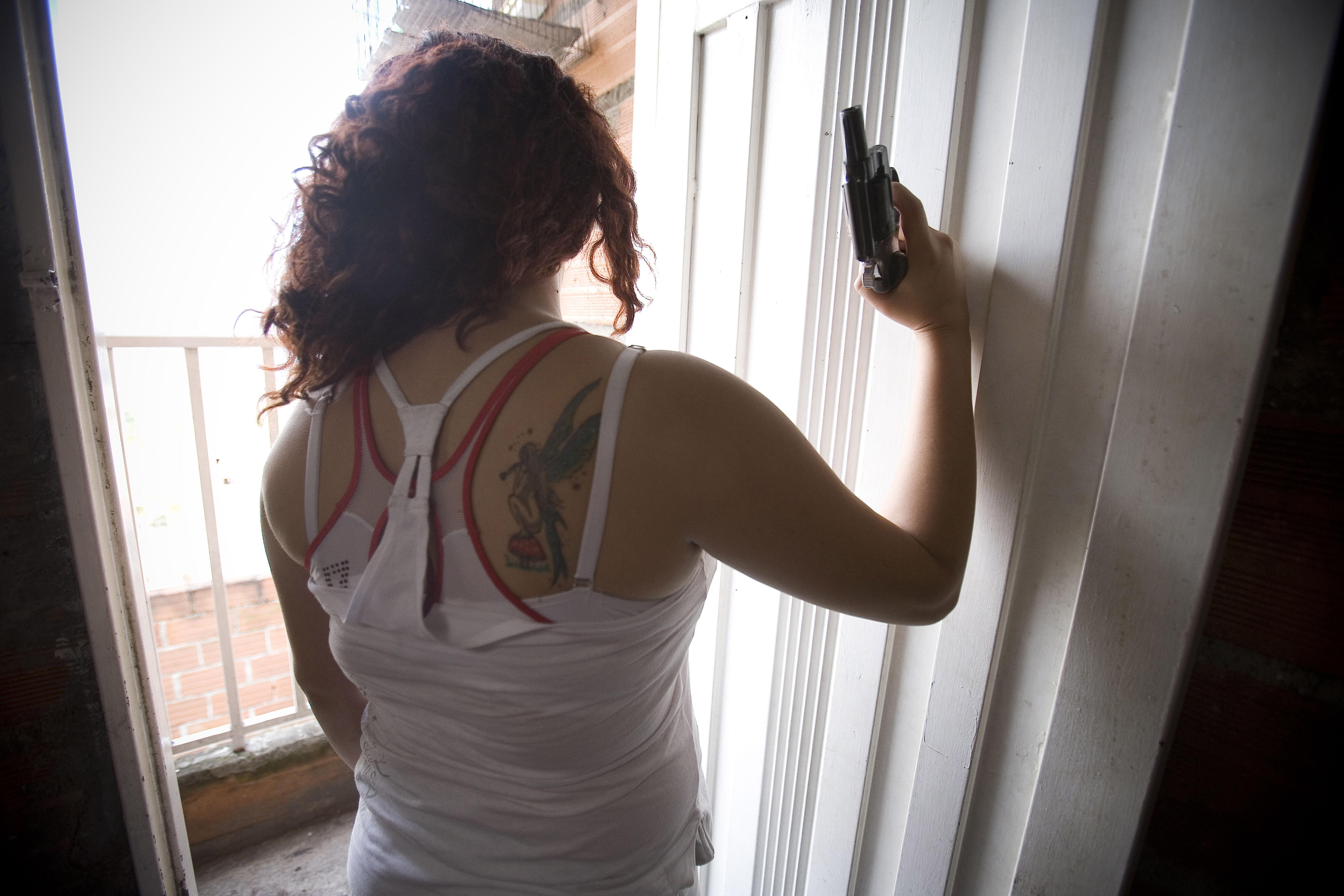 Known as Sicarias, they're hired to carry out contract killings by local gangs who believe no one will suspect them – because they look so "angelic".

One assassin, Camilla, 23, says she's committed six murders using her .38 calibre gun, with some of her crimes even being carried out while she was pregnant with her second child.

The photos were taken eight years ago in the rundown neighbourhoods of Medellin, where, at that time, violence reigned and civil society had been destroyed.

One shot features the mother of famous Sicaria, Monica Rodriguez, who became the subject of as movie about female assassins. 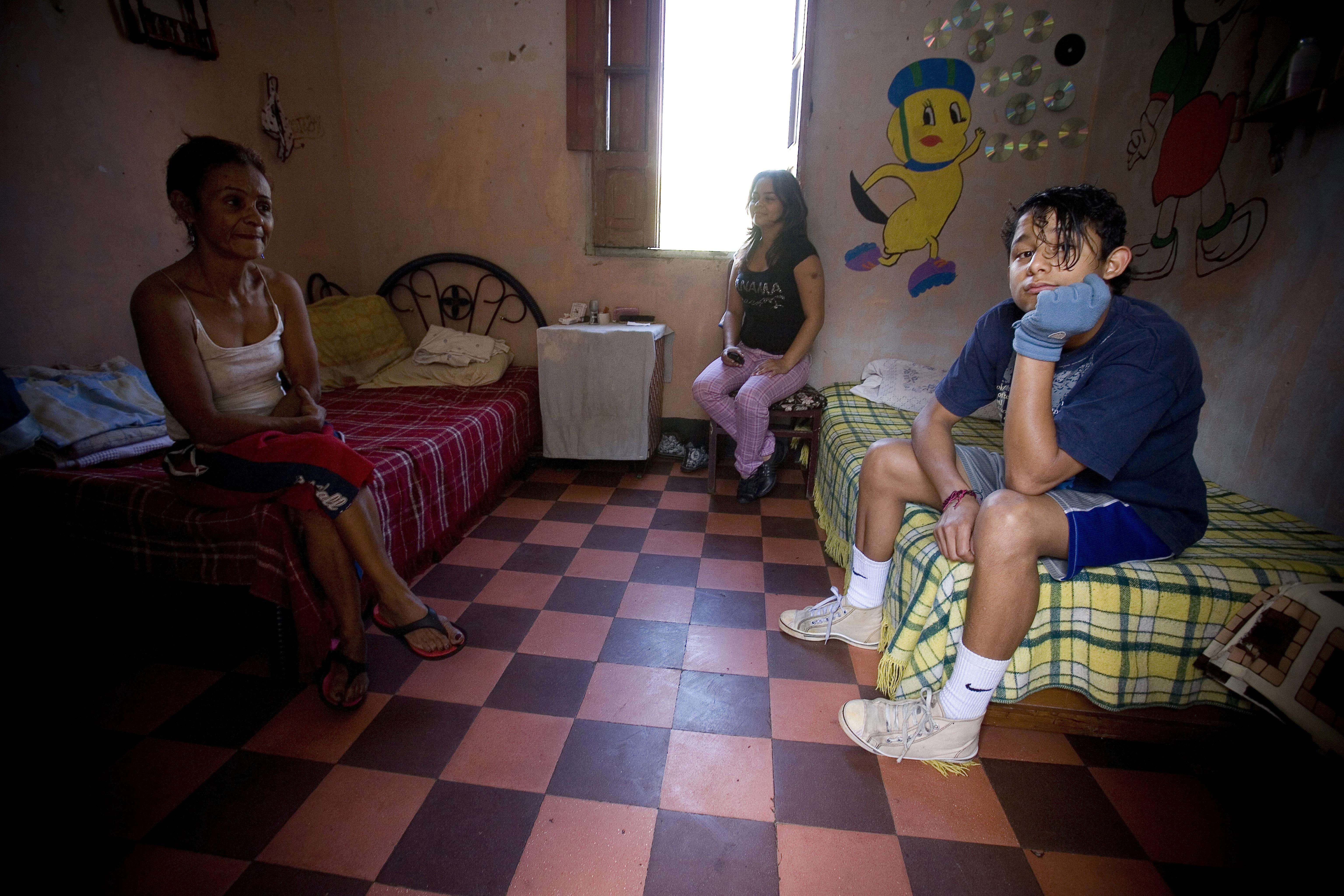 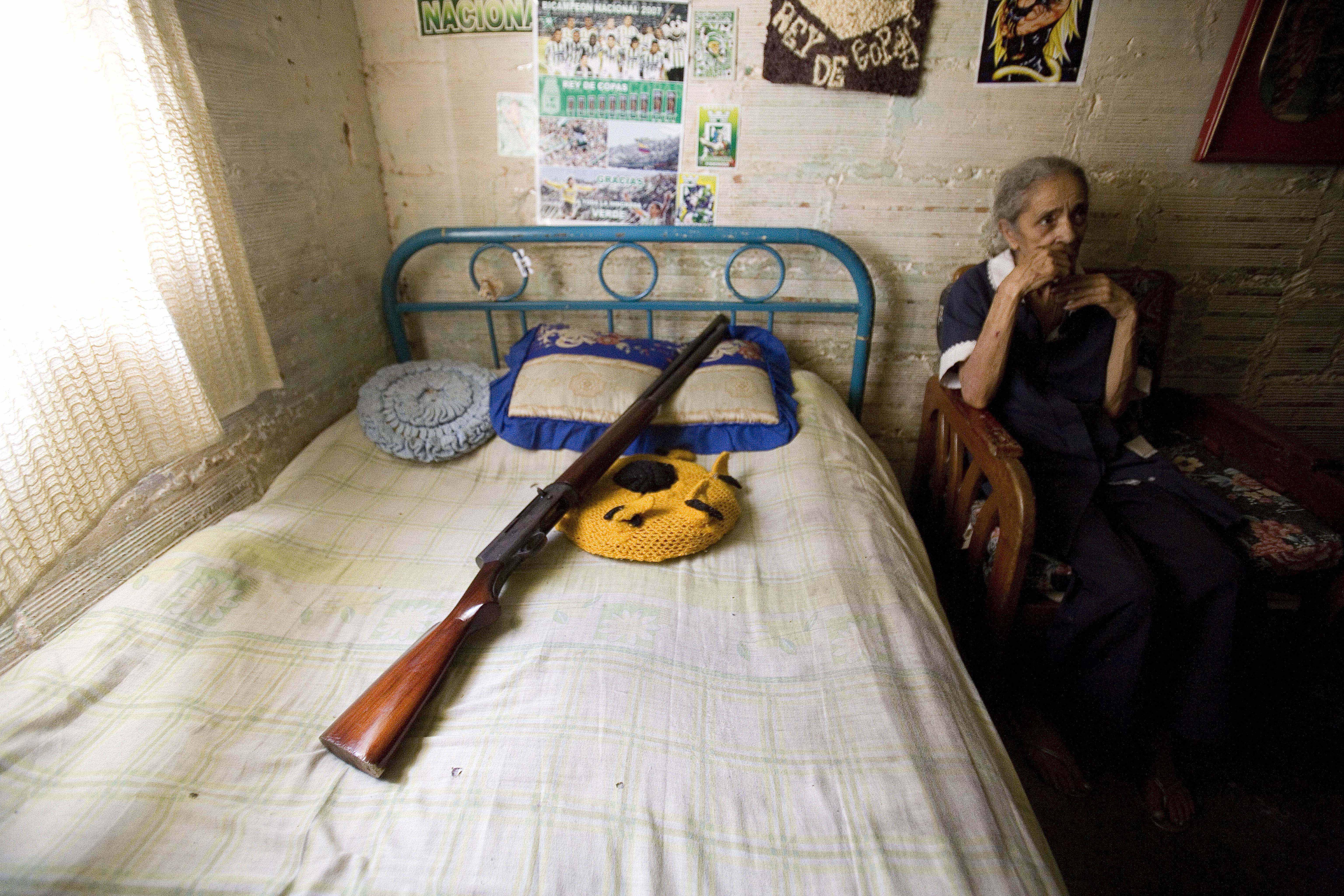 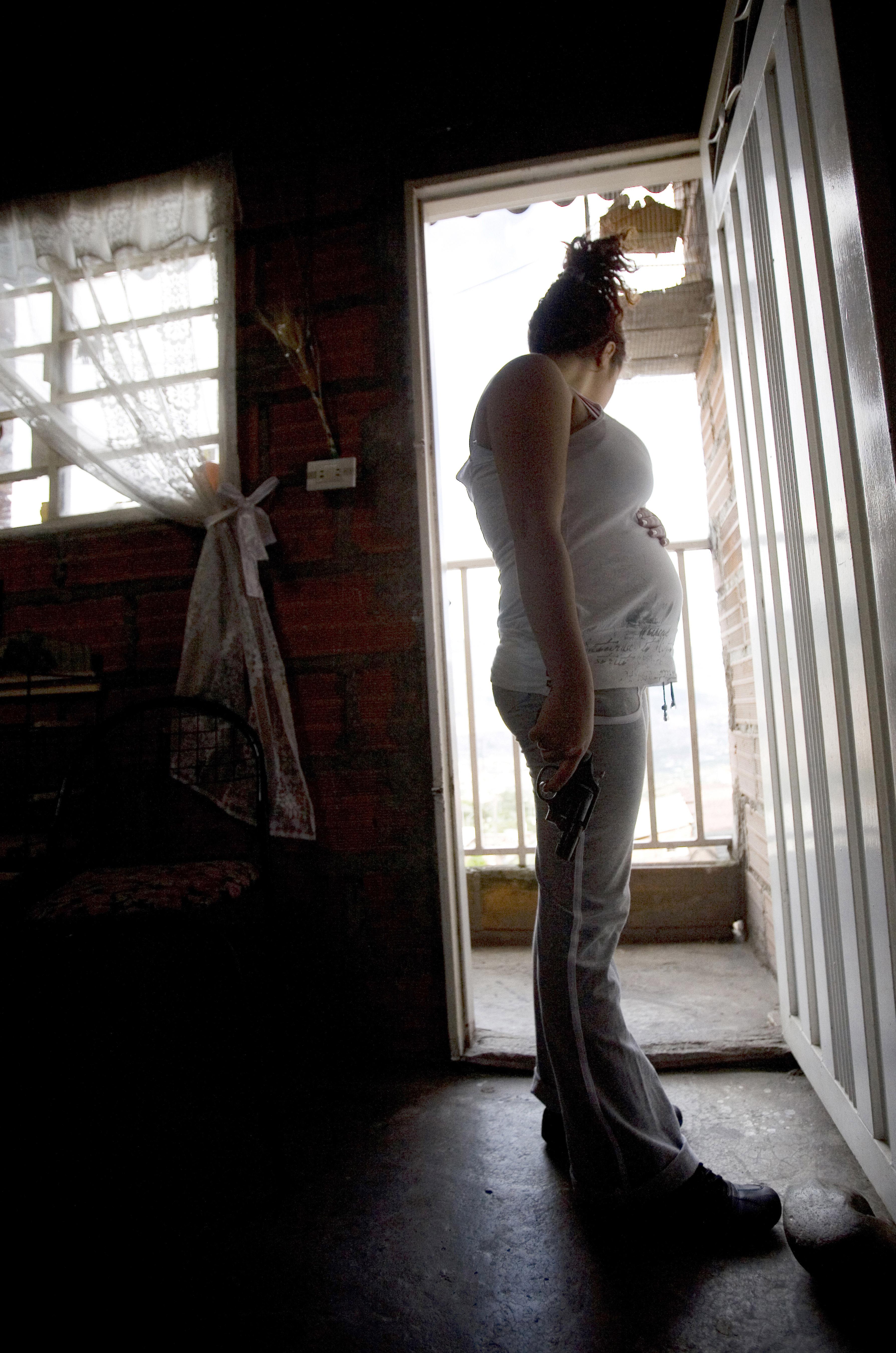 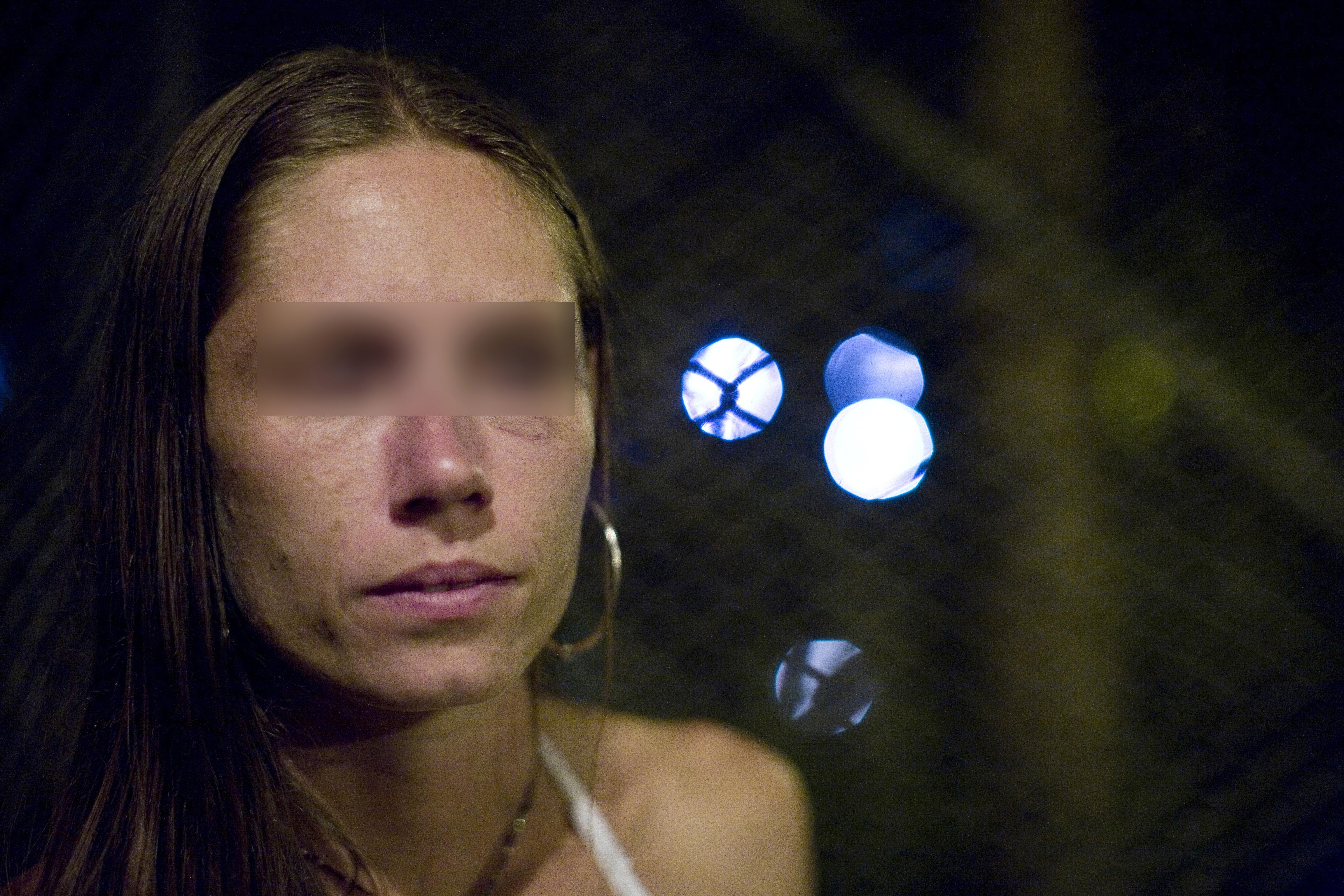 Monica was just 12 – and pregnant – when she committed her first murder – and was killed during filming aged 18.

An eerie picture also captures Margarita, 73, who's photographed sitting by a bed, guarding a shotgun.

Nicknamed "The Witch", her job was to hide weapons for local gangsters.

Vile messages targeting Mateus Uribe and Carlos Bacca started to appear within minutes of Colombia being knocked out of the World Cup following the dramatic shoot-out. 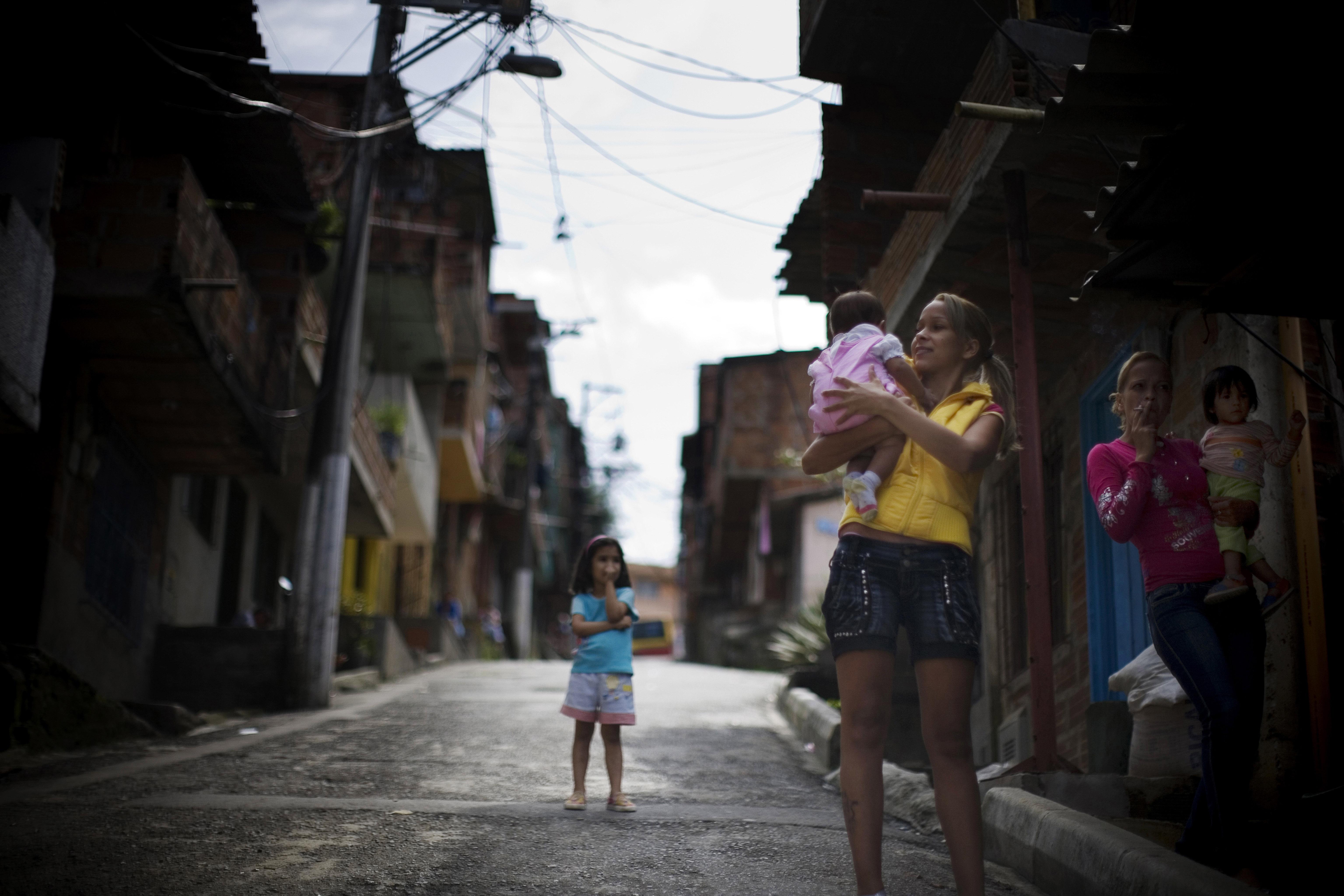 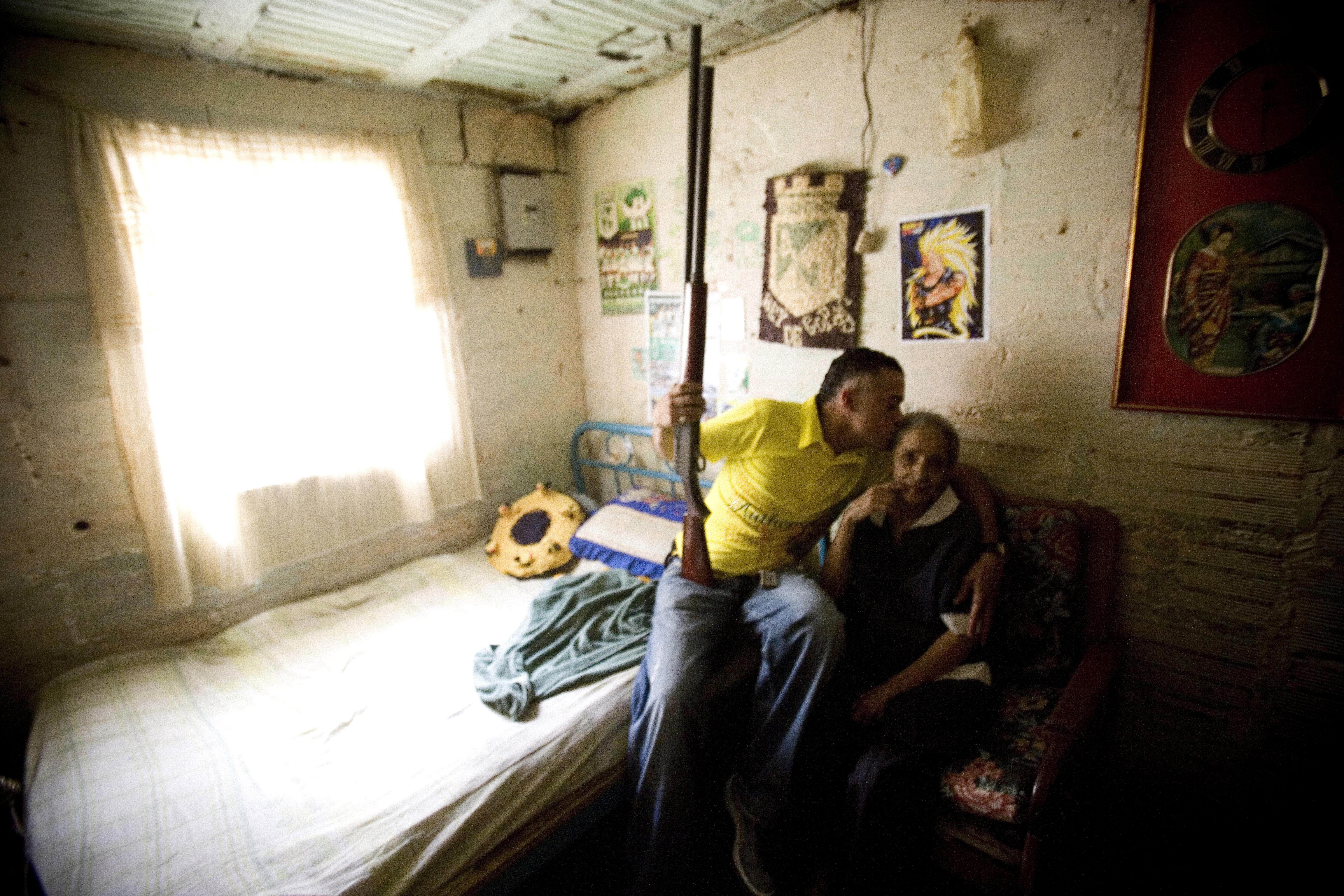 Posted on Twitter, the threats were mostly aimed at Bacca who fans thought took the worse penalty.

They also warned the players they were “dead’, and urged them to kill themselves, telling them not to return to the South American country.

The sinister messages were made despite a police investigation into early death threats made towards Colombian player Carlos Sanchez after he was send off three minutes into the team’s World Cup opener against Japan.

Many outraged football fans pointed out that yesterday was the 24th anniversary of the death of Andres Escobar, who was shot dead after his own goal was blamed for sending Colombia home at the 1994 World Cup. 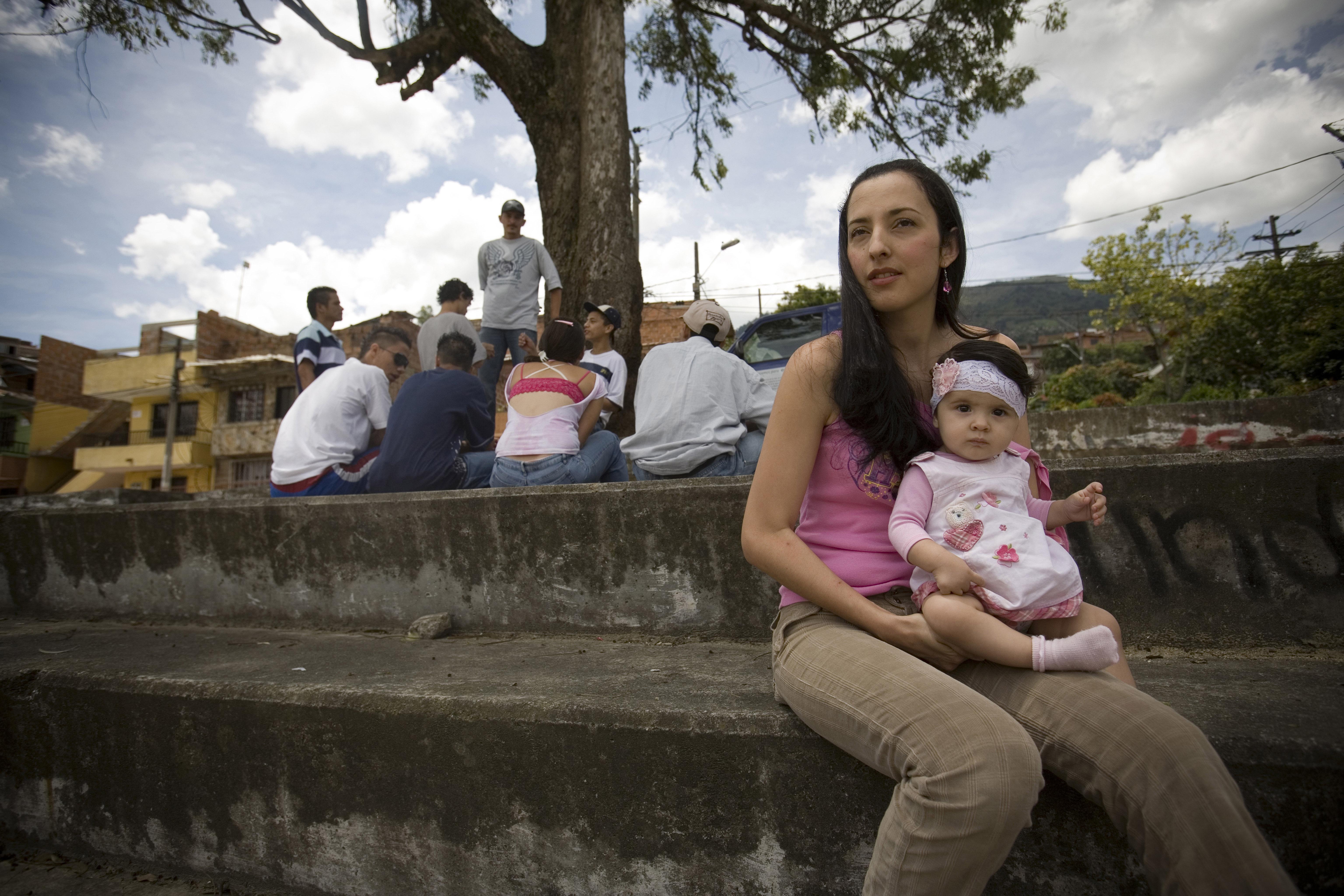 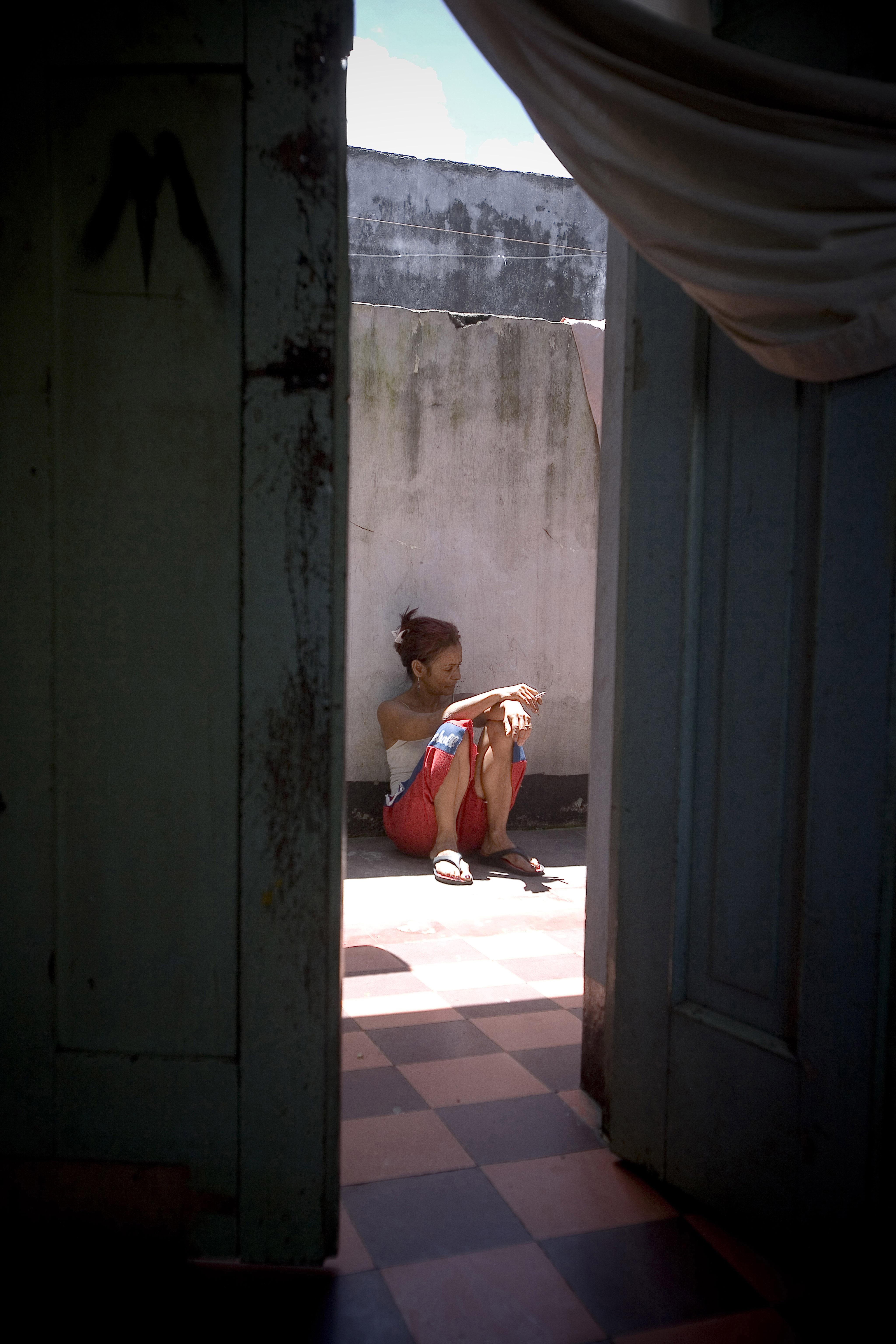 One post by Twitter user David Castaneda warned: “Die Carlos Bacca. Son of a b***h. No-one wants you, gonorrhoea. To this country you don’t return.”

Another, Jhon Duqueismo, wrote: “Thank you to all the players, except to three-time son of a b***h, useless, dead, Carlos Bacca. Don’t come back here.”

HumorFPCosky wrote: “I hate you Carlos Bacca, I hate all of you, I hate your indifference, your animal surname, and your ass’s game. You’re worse than a cancer, at least with cancer you can go to a doctor and find out what you have.