The 850-year-old gothic cathedral went up in flames last night as the entire city of Paris looked on in horror.

The fire at the iconic cathedral, which was built between 1163 and 1345, broke out at around 6.30pm local time (4.30pm), and is thought to have started in the attic where renovations works were being carried out.

It quickly spread to the roof of the cathedral, eventually destroying its stained-glass windows and wooden interior.

The inferno was finally extinguished this morning, with the blaze leaving behind millions of euros worth of damage. 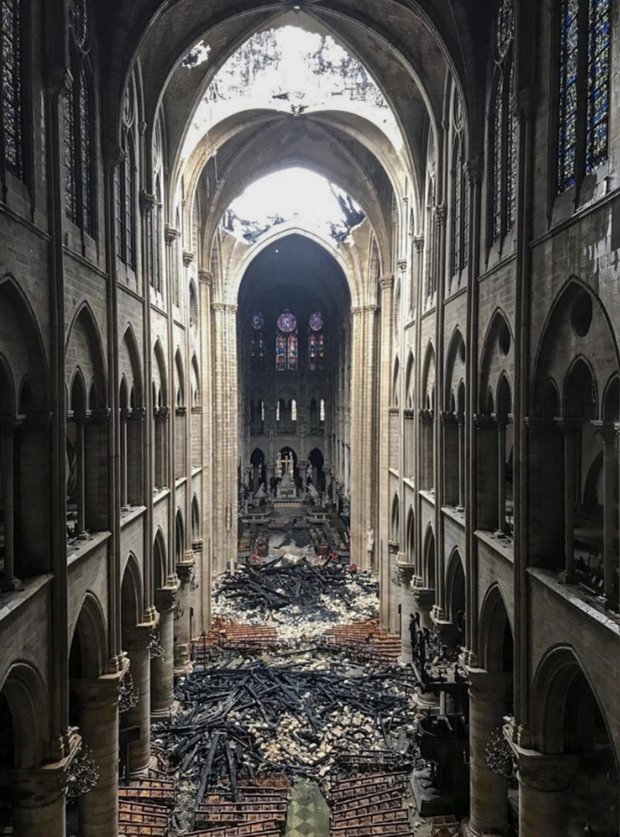 Despite fire raging through Notre Dame’s roof, firefighters were able to prevent the blaze consuming the cathedral’s main structure, including its two famous bell towers.

It is believed that the three famous rose windows, which date back to the 13th century, avoided catastrophic damage, while the bells that have rung out at key moments in France’s history are thought to be safe.

French president Emmanuel Macron immediately launched fundraising efforts to save and rebuild the iconic structure as he visited Notre Dame within hours of the blaze beginning.

“Notre Dame is our history, our imagination, where we’ve lived all our great moments, and is the epicentre of our lives,” Mr Macron said.

More than €600million have already been pledged to help restore the landmark.

Now looking more like a blackened shell than the historic monument immortalised in Victor Hugo’s 1831 novel ‘The Hunchback of Notre Dame’, the cathedral was seen as one of France’s most important landmarks.

The Catholic treasure is also a UNESCO World Heritage site that attracts 14 million tourists a year.

It is widely regarded as one of the finest monuments of Gothic French architecture.

The iconic cathedral is located on a small island called Île de la Cité in Paris, in the middle of the River Seine.

The 12th-century church has long been home to relics, stained glass and other works of art of incalculable value.