Prisoners at one of Britain’s worst jails are feared to be killing themselves because conditions are so bad, a watchdog has warned.

Inspectors suggested inmates were committing suicide as they could not face life in the violent, drug-ridden jail.

Eight men took their lives at HMP Nottingham in the two years to January 2018, including four in four weeks last autumn. A ninth man died only a few weeks after the three-day inspection in January.

The Category B prison has been rated ‘poor’ for safety three times in four years.

Peter Clarke, Chief Inspector of Prisons, warned a failure to act may be costing lives, and said the deaths were part of an ‘appalling and tragic’ picture of suicide and self-harm at the Victorian jail. 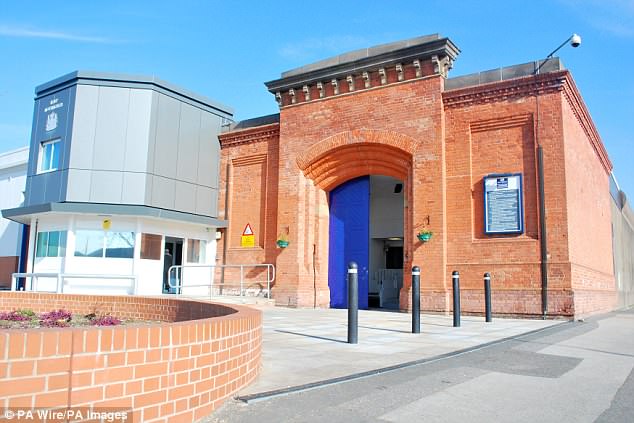 In January, he used new powers to issue an ‘urgent notification’ requiring intervention from the Justice Secretary.

HM Inspectorate of Prisons criticised the ‘dramatic decline’ at the jail, and said it had ‘consistently failed’ to raise standards. The report laid bare the prisons crisis in England and Wales where self-harm, violence and assaults on staff are at record levels.

Mr Clarke said cells’ emergency call bells were not answered properly at HMP Nottingham. He added: ‘For too long prisoners have been held in a dangerous, disrespectful, drug-ridden jail. My fear, which may prove to be unfounded, is that some could face it no longer and took their own lives.’

The number of assaults on staff, 103 in six months, was twice as high as in similar jails, the report said, and overall levels of disorder ‘contributed to a tense atmosphere’.

Many violent incidents were never investigated, the report added, and levels of self-harm were ‘far too high’ with 344 cases in six months. One in three inmates tested positive for narcotics, while 15 per cent had acquired a drug problem since entering the prison. Mr Clarke said governors and staff must do ‘much more’ to tackle drugs ‘inextricably linked’ to violence. 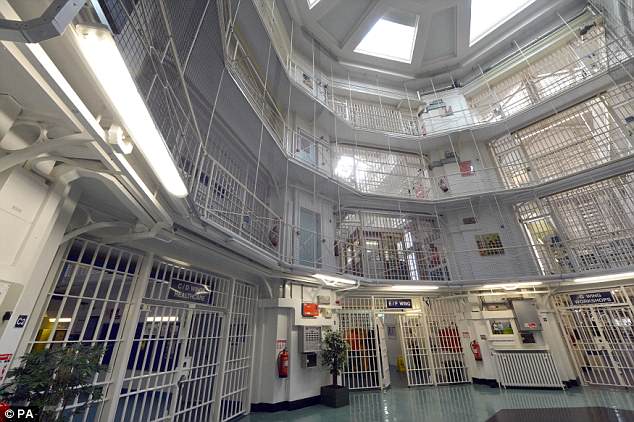 Mr Clarke demanded that ministers step in to improve the ‘fundamentally unsafe’ jail. Under rules introduced in November, the Chief Inspector can inform the Justice Secretary of urgent and severe problems. The minister then has 28 days to publicly report on measures to resolve the issues.

Elizabeth Moody, acting Prisons and Probation Ombudsman, said it was ‘highly troubling’ that recommendations from the watchdog’s investigations into deaths at the prison had not been implemented.

Frances Crook, of the Howard League for Penal Reform, said the criminal justice system was ‘under-resourced and overburdened’ and ‘failing everyone’.

She added: ‘It is a national scandal … Ministers must move decisively to save lives, protect staff and prevent more people being swept into deeper currents of violence, drugs and despair.’

Deborah Coles of Inquest, a charity that helps families after deaths in state detention, said: ‘If this was any other institutional setting it would be closed down.’

Michael Spurr, of HM Prison & Probation Service, insisted safety was an ‘absolute priority’ at the jail, adding that drug testing had been increased and specialist staff were working with vulnerable prisoners.