A TOP Instagram fitness influencer and best-selling author has sparked fury after launching a foul-mouthed tirade following an appearance on Good Morning Britain.

James Smith – who has been branded 'the Gordon Ramsay of fitness' for his no-nonsense advice – lashed out at one critic who said his views could be harmful to people suffering from eating disorders. 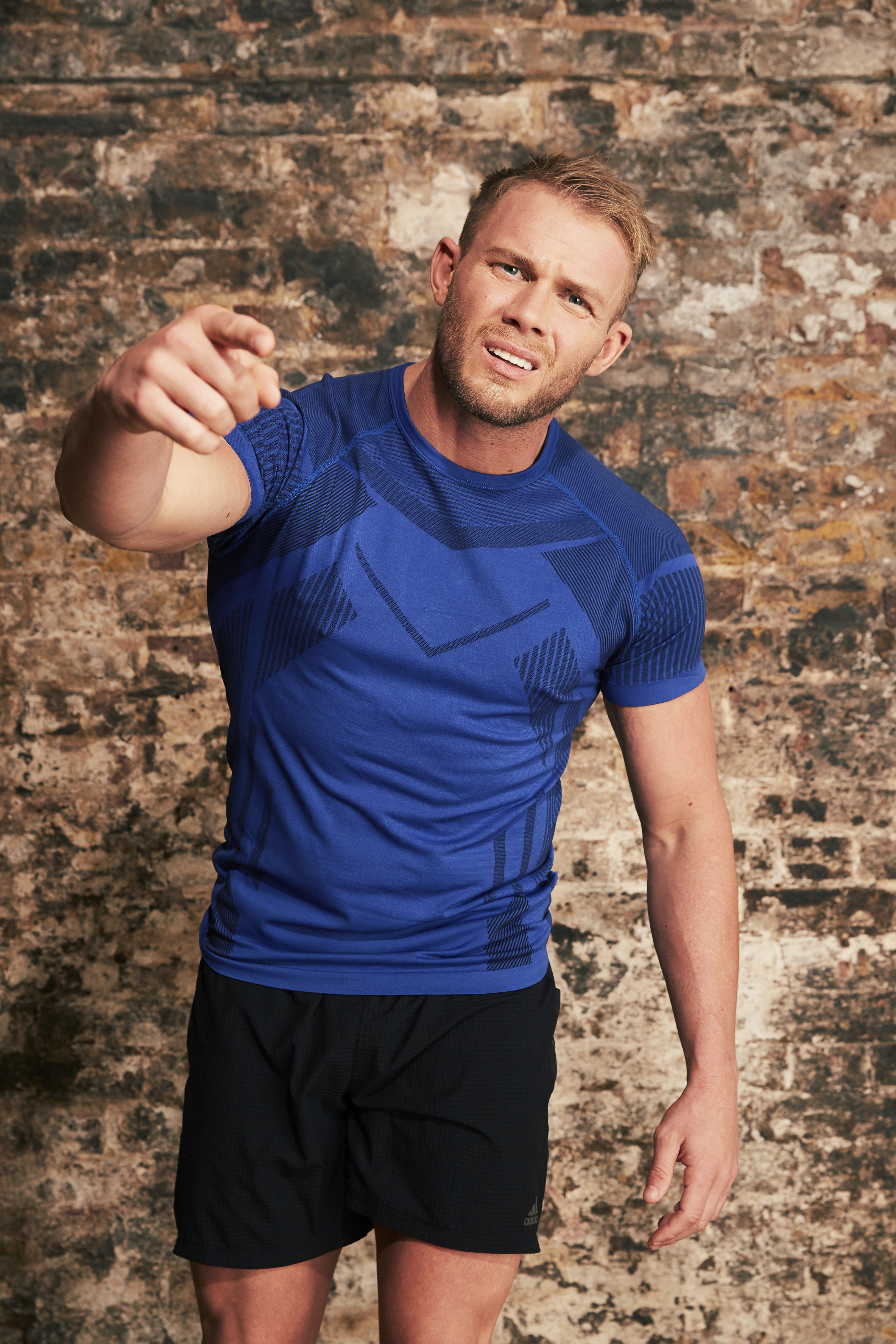 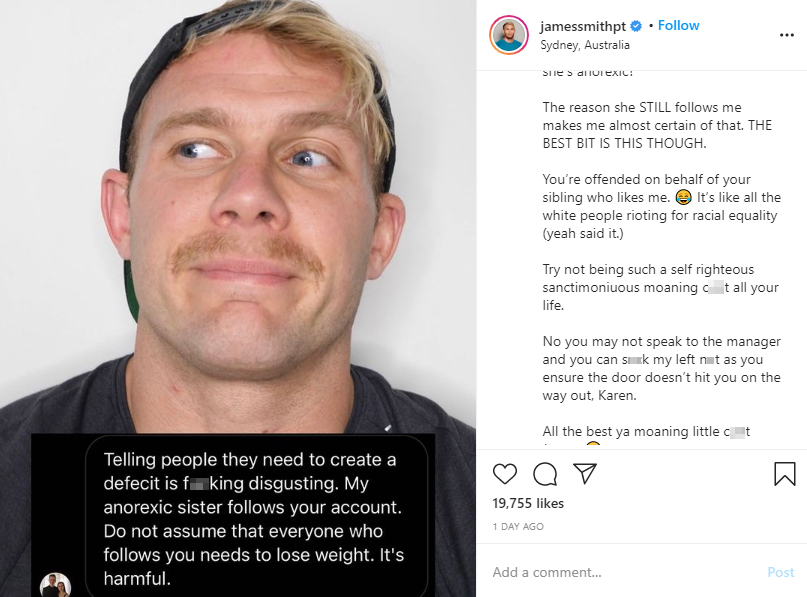 Speaking to Piers Morgan on the ITV show yesterday, Smith said: "A lot of people seem to think they're overweight or obese or fat through bad luck.

"There are so many scapegoats being thrown out, 'it's my genetics, it's this, it's that'… you are overconsuming for the amount you move."

Smith, 31, later shared an Instagram message from a woman who said her own sister suffers from anorexia, calling his advice to create a calorie deficit 'harmful' and 'f***ing disgusting'.

In an X-rated reply, shared with his 677,000 followers, Smith said: "Try not being such a self-righteous sanctimonious moaning c*** all your life.

"No you may not speak to the manager and you can s*** my left n** as you ensure the door doesn't hit you on the way out, Karen. 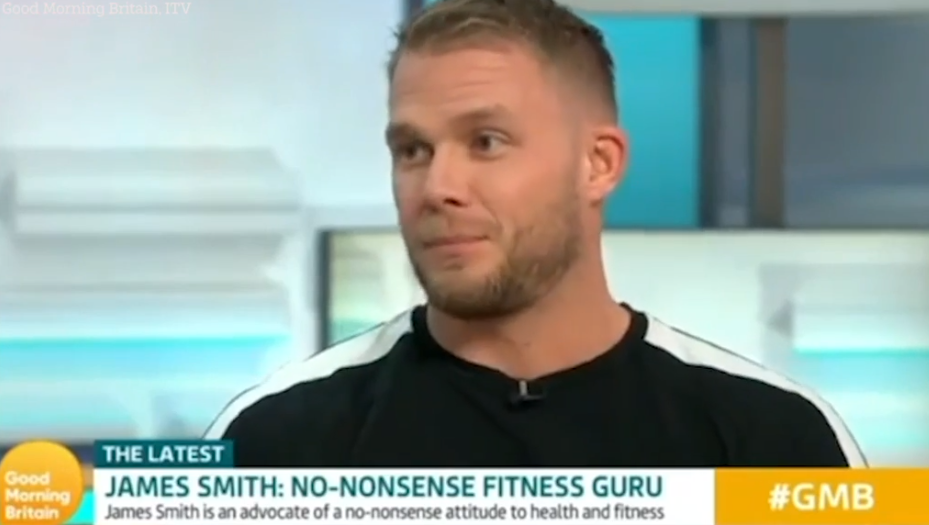 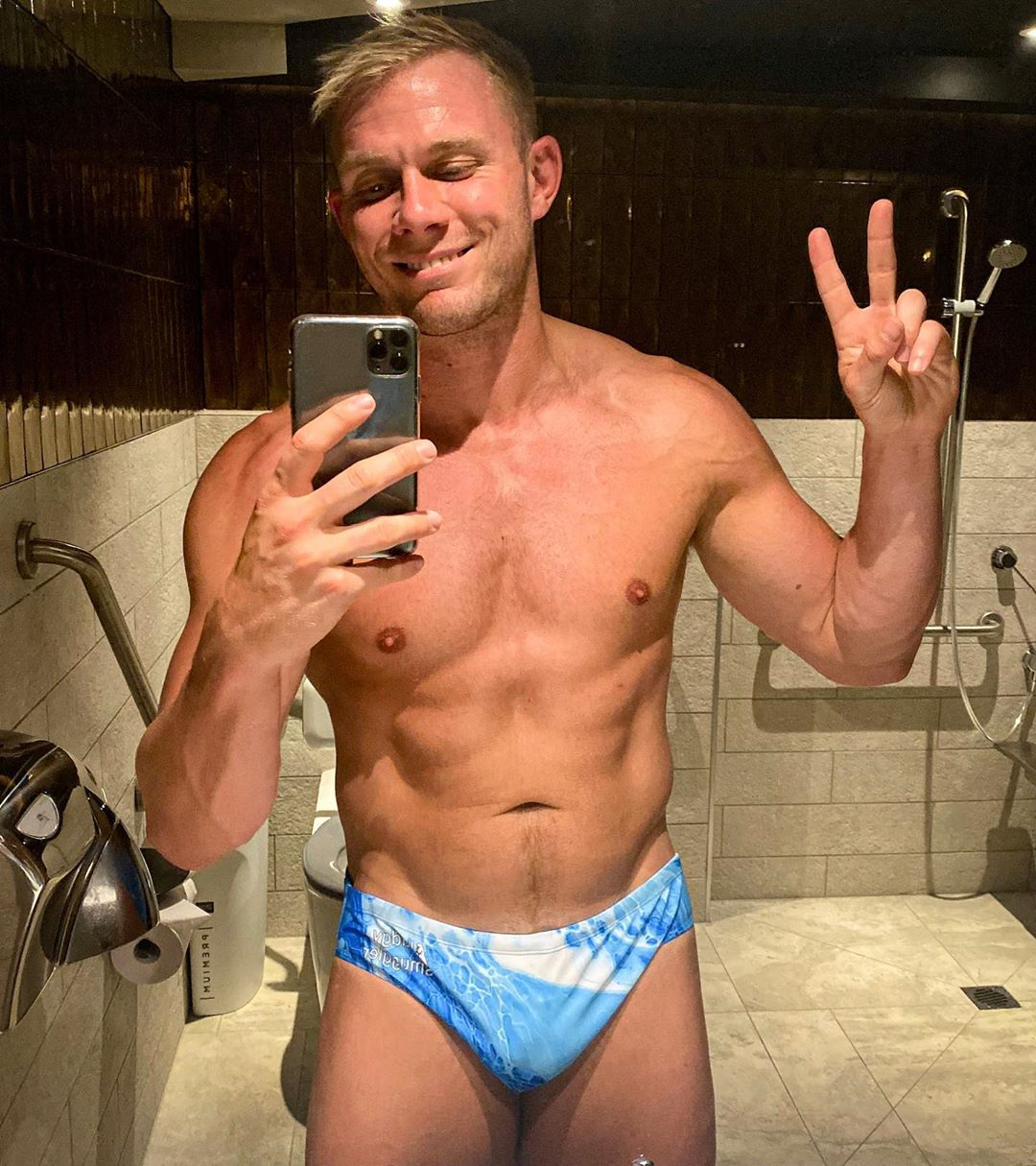 In an apparent dig at some Black Lives Matter protesters, he also compared the complaint to "all the white people rioting for racial equality".

Hannah Lewin wrote: "He's an absolutely disgusting man. Tough love? He doesn't care about anything other than likes, his ego and his bank balance. The absolute worst."

Natasha Devon added: "The solution to obesity shouldn't be anything that could trigger someone with anorexia."

Smith became a No.1 Sunday Times Bestseller with his book Not A Diet Book and release his follow-up Not A Life Coach later this month.

He has previously unleashed fiery rants against other fitness bloggers including Joe Wicks.

He told The Sun earlier this year: "If you are offended by my language, fine. Joe Wicks is f***ing waiting for you with his £149 plan.

"He’s the one who had a party in Soho, turned up late and had a Diet Coke. If you are a boring b*llbag that orders a Diet Coke when all your friends are drinking beer, he’s the guy for you."

Smith grew up in Ascot, Berks, and dropped out of a university degree is sports science before landing a recruitment job in Australia.

He started writing fitness blogs and posting videos online in 2014 before seeing his social media following soar in recent years. 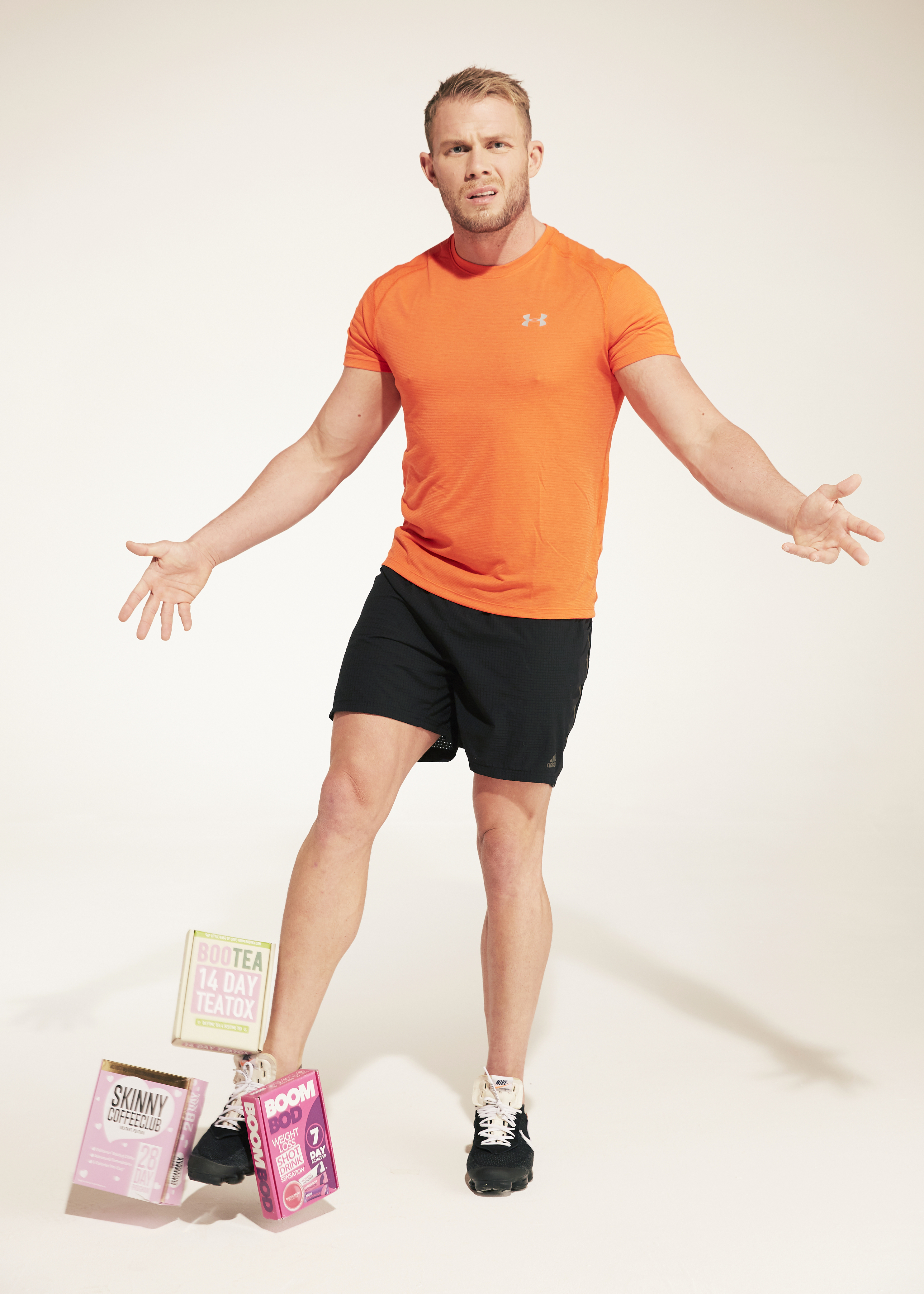 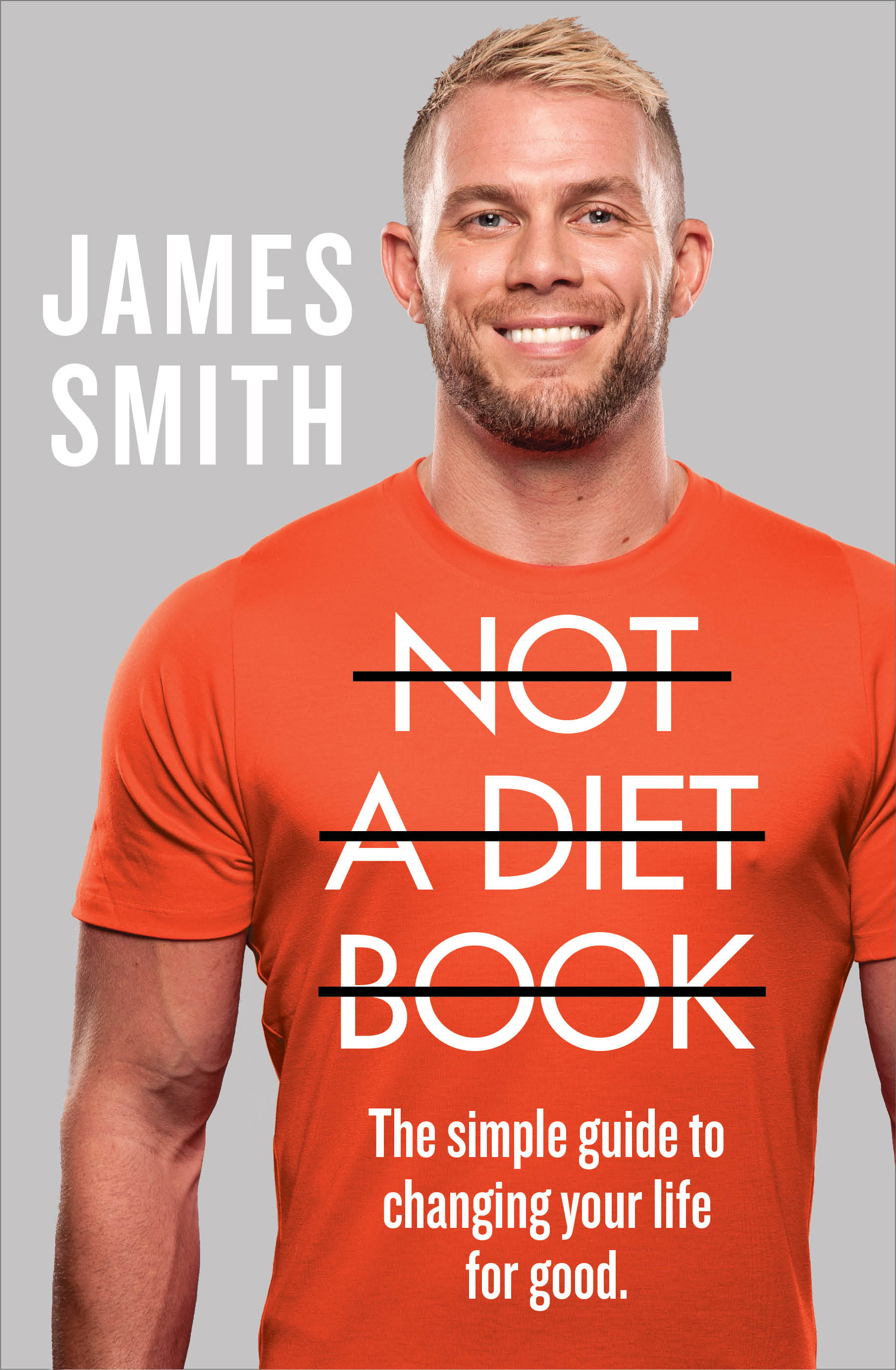