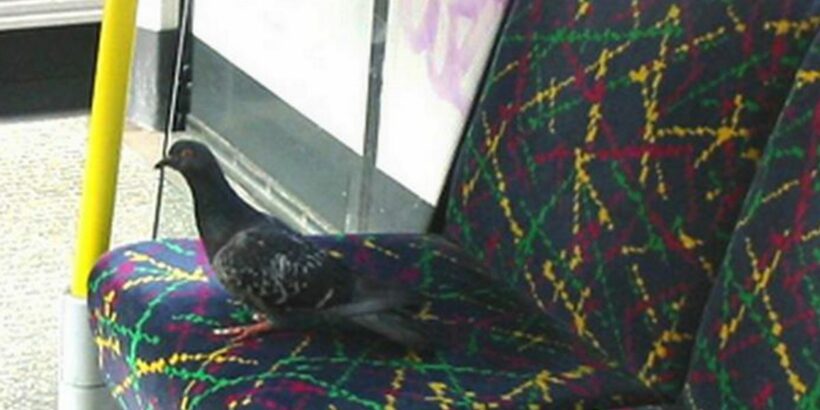 They may have small brains but birds are clearly among the most intelligent animals, migrating hundreds of miles every year and even using twigs as simple tools.

But commuters on London’s Underground have noticed that the capital’s pigeons have started using technology created by humans to make their little migrations a bit easier.

And the wily birds seem to have been doing it for a while, apparently passing on the knowledge to new pigeon generations, making the fare-dodging antic part of their culture, reports MyLondon.

In 1995, New Scientist magazine received what was described as “a flurry of correspondence” about pigeons travelling on the Tube.

It would be to say they just wandered on in search of food, and that’s certainly the conclusion drawn by the BBC Two show, The Unnatural History of London.

In this clip, the presenter says that “pigeons visit station because there are plenty of crumbs about”, and suggest they travel to the next one by train to continue feeding.

Many others have drawn similar conclusions.

But in her letter to the New Scientist, Lorna Read said: “I feel quite sure that travel, not food, was their purpose.

“Pigeons are intelligent and easily trained and I see no reason why they should not have cottoned on to the fact that travel by Tube saves their wings – especially as there are so many deformed and crippled pigeons in the city.”

Another letter speculated that it is possible that the pigeons, with their exceptional navigational abilities, actually knew where they were going.

Sabiha Foster also shared a story that suggests they do it often enough to know the route, “About a year ago, a pair of pigeons hopped onto the Circle Line at Aldgate, stayed by the door and alighted with purpose at the next stop, which was Tower Hill.

“How did they know the platform for Tower Hill was on the same side of the carriage as that for Aldgate?”

And while 1995 is the point at which Londoners seemed to notice the phenomenon, some travellers noticed even earlier pigeon commuters.

Jim Brock’s letter recalled, “During 1974-76, I regularly encountered a single pigeon of light reddish colouring boarding the underground at Paddington and disembarking at the next station…

"Has the habit been passed on to the next generation?… Is there a genetic component in this?”

Have you seen a pigeon commuting on a train or a bus in your area? Let us know in the comments below!