‘Intelligent and well-read’ schoolboy, 15, bunked off lessons to try and join jihadis fighting in Syria

A teenager bunked off school to try to join a Syrian terror group.

The ‘intelligent’ 15-year-old was arrested at the airport with his school uniform in his bag.

He had used his businessman father’s bank card to book the one-way flight and was found with 100,000 Turkish lira stashed in his sock. He had told school friends he planned to spend the money on a Kalashnikov and a pistol once he arrived.

Yesterday, judge Melbourne Inman QC ordered the youth – who cannot be named for legal reasons – to be detained in a young offenders’ institution for six years after ruling he posed a ‘high risk to others’.

He had previously pleaded guilty to preparing acts of terrorism. 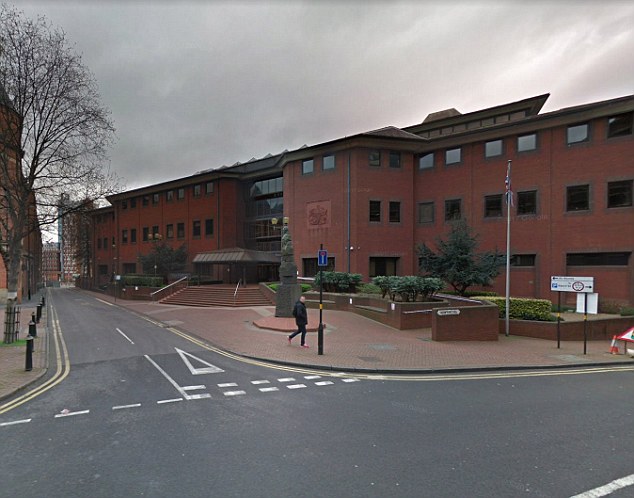 The ‘intelligent’ 15-year-old was arrested at the airport with his school uniform in his bag, Birmingham Crown Court (pictured) was told

The judge told the ‘intelligent and well-read’ schoolboy, who is now 16: ‘You were only stopped from travelling because of the speed with which the police reacted.’

Birmingham Crown Court heard that after his arrest in June 2017, he went on to set up a channel on encrypted messaging service Telegram, where he had posted 40 jihadi videos in a month along with 26 videos giving instructions on hacking.

The boy had moved to Sutton Coldfield, West Midlands, from London with his mother, a doctor, when his parents separated.

He booked a flight to Barcelona and was due to travel on to Syria via Istanbul – but was stopped from boarding by check-in staff.

The court heard the teenager booked a seat on a flight leaving later that day while still at the airport, then caught a taxi into the city centre.

But by the time he had returned to the airport police were searching for him, after his school and parents had reported him missing.

Officers found his school uniform in the boy’s rucksack, along with toiletries and medication.

It later emerged that the boy had sent an encrypted email to Mostafa Mahamed, the spokesman for Syrian al-Qaeda affiliate Jabhat Fateh al-Sham, nine days before his arrest.

In the message, he vowed to go and fight alongside the group. The boy also sent a photograph so that a smuggler could make a fake ID card.

The following day, the boy messaged a friend, saying that he would be ‘doing more hacking than fighting’ in Syria, adding later: ‘The guy wants me to set up a mujahideen [jihadist] channel to teach people how to hack when I am there.’

David Gottlieb, defending, said the teenager had been bullied and abused at school, and this had made it hard for him to deal with stresses caused by his parents’ separation.

He read a letter from the boy’s mother which stated: ‘This is a pathetic attempt by a young teenage lad to seek street cred.’