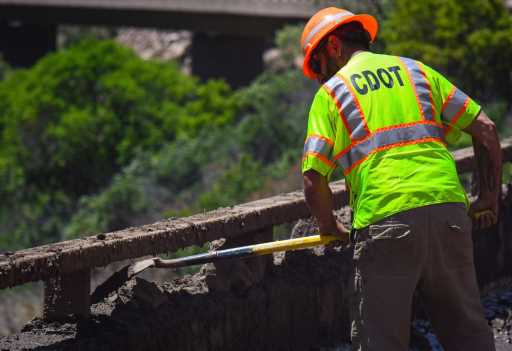 Interstate 70 has been closed through Glenwood Canyon since 9 p.m. Thursday due to mudslides and flash-flood concerns.

The Colorado Department of Transportation said early Friday that there is no estimated time of reopening after a mudslide did indeed impact the road.

The roadway was initially closed at Exit 111, but it was extended less than an hour later to begin at Exit 87 (West Rifle.) The closure covers I-70 until Exit 133 (Dotsero), according to CDOT.

The stretch of interstate was one of the most difficult to build in the country. The canyon closures have occurred frequently this summer due to flash-flood and mudslide threats. These issues have become common because the canyon includes the burn scar from the Grizzly Creek fire, which scorched 32,000 acres in 2020.

The hours-long, 100-plus mile detour around this stretch of I-70 takes travelers to far northwest Colorado.

Commercial vehicles are to follow westbound on I-70 to a turn north onto Colorado 9. In Kremmling, motorists are to turn onto westbound U.S. 40 toward Steamboat Springs. After reaching Craig, drivers should return south via Colorado 13 toward Rifle. Access to I-70 westbound is at Rifle. From the Western Slope, the directions are in reverse.

Noncommercial motorists can use Colorado. 82 over Independence Pass.

CDOT has warned against using smartphone applications to look for alternate routes.

Officials also ask that if you are caught in adverse conditions, wait for the road to clear and do not leave your vehicle unless necessary.