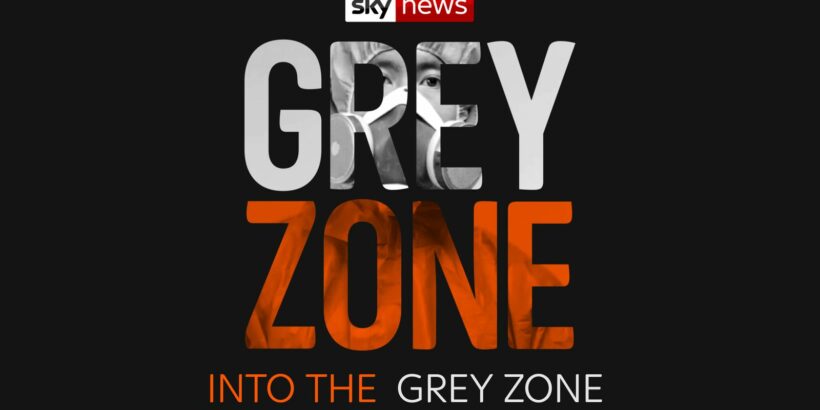 This episode seeks to explain what the grey zone is. It includes a warning from General Sir Nick Carter, the head of the UK’s armed forces, and Ben Wallace, the defence secretary, about the danger of ignoring attacks in this murky space, while Lieutenant General Graeme Lamb, a former director of UK special forces, warns: “We’re being boiled like a frog!”

Sky News journalist Deborah Haynes then travels to Salisbury with the widow of former Russian spy Alexander Litvinenko to visit the site of one of the most high profile grey zone attacks – the poisoning of another ex-Russian agent, Sergei Skripal, and his daughter Yulia.

Lord Mark Sedwill, a former national security adviser, talks about how he led the UK’s response to nerve agent poisoning and the fake news that followed.

Finally, Eliot Higgins, founder of the investigative website Bellingcat, describes how he and his team revealed the true identities of the Russian military intelligence officers named by the UK as prime suspects in the attempted assassination. Russia denies involvement.

:: Subscribe to Into The Grey Zone podcast on Apple Podcasts, Spotify, Spreaker