BAGHDAD (Reuters) – Two diplomats are quietly leading Iran’s push to influence politics in Iraq, in a departure from the more blunt enforcement employed by Qassem Soleimani, a top commander slain in a U.S. air strike. 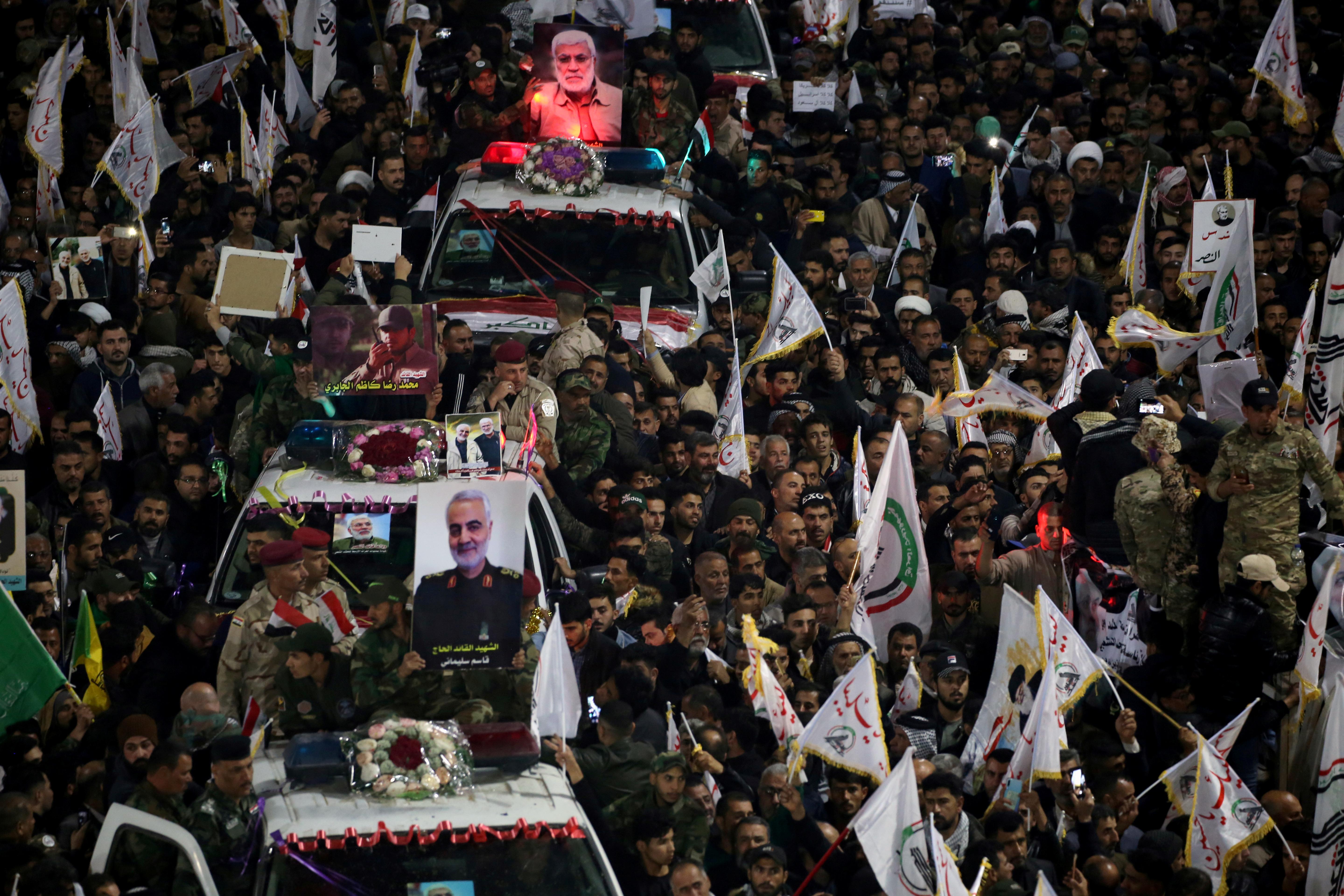 The consensual tactics in a country where Iran has wrestled with Washington for influence for nearly two decades was designed to break a political deadlock in Baghdad and hasten the departure of nearly 5,000 U.S. troops from Iraq, according to three senior Iranian officials involved in the process.

“Sometimes you need to step back, observe and plan based on realities on the ground,” said a senior Iranian official, who spoke on condition of anonymity.

“We want the Americans to leave the region. If there is chaos in Iraq … Americans will use it as an excuse to extend their stay.”

A U.S. State Department spokesman said Washington did not interfere in Iraqi politics.

Washington and Tehran came close to war earlier this year after rocket attacks on Iraqi bases hosting U.S. forces and U.S. air strikes against militia groups, including the one that killed Soleimani in January in Baghdad.

The powerful commander of the elite Quds force of Iran’s Revolutionary Guards (IRGC) had steered political allies in Iraq, fought proxy wars across the Middle East and sought to impose his will on politics in Baghdad.

Since his death, Iranian officials have held substantive talks with Iraqi President Barham Salih for the first time in years aimed at building trust and pushed Iran’s Shi’ite allies to compromise to end an impasse that prevented the formation of a stable government.

Some Iraqi sources cautioned, however, that the officials that come to Iraq still have links to the IRGC, years of experience of dealing with Iraqi matters and considerable sway over many political and paramilitary groups.

Iran’s foreign ministry and its embassy in Baghdad were not available to comment on the contacts between its officials and Iraqi government and militia figures. Salih’s office was not immediately available for comment on Iran’s role in Iraq.

The most tangible outcome of Iran’s new approach was the appointment by parliament this month of new prime minister Mustafa al-Kadhimi, a former intelligence chief viewed suspiciously by some groups allied to Iran for his friendly ties with the United States.

Kadhimi’s office did not immediately respond to requests for comment for this article.

In March, Ali Shamkhani, secretary of Iran’s national security council, made an official visit, dining with Salih at the presidential palace.

“After Shamkhani’s visit, things went more smoothly,” another official said. “Iran showed it was willing to work with some respect for Iraqi sovereignty, and to let Iraq choose its cabinet.”

Shamkhani’s office and the spokesman for Iran’s national security council were not available for comment.

Kadhimi emerged as the frontrunner for premier, even though some Iran-backed militias continued to oppose him.

One militia publicly suggested he was involved in Soleimani’s killing in Baghdad in his role as head of Iraq’s intelligence service, which was set up by the Americans after the U.S.-led invasion of Iraq to topple Saddam Hussein.

The service said in a statement that the charge was “baseless”.

“The message from the Iranian delegation was clear – Kadhimi is the only choice left to maintain some stability in Iraq and save face,” said a militia official close to Iraq’s influential Badr Organisation who was briefed on the meeting.

Reuters was unable to reach Danaifar and Masjedi for comment.

A lawmaker from the Dawa party that dominated Iraq’s government until 2018 said some of the groups in Iraq allied to Iran distrusted Kadhimi for his perceived closeness to Tehran’s arch-enemy, Washington.

So even though Danaifar and Masjedi did enough to win the votes needed to install Kadhimi, some militia say they still feel suspicion and bitterness.

The Iran-backed Kataib Hezbollah group, which levelled the accusation over Soleimani, said there had been “great pressure” from Tehran to approve Kadhimi.

An official in Iran-backed Asaib Ahl al-Haq, Jawad al-Tulaibawi, likened Kadhimi’s accession to “being forced to … eat a carcass”.

Some Iraqi officials attribute Iran’s more flexible stance to pressure from U.S. sanctions, the devastating spread of the coronavirus at home and the death of Soleimani. 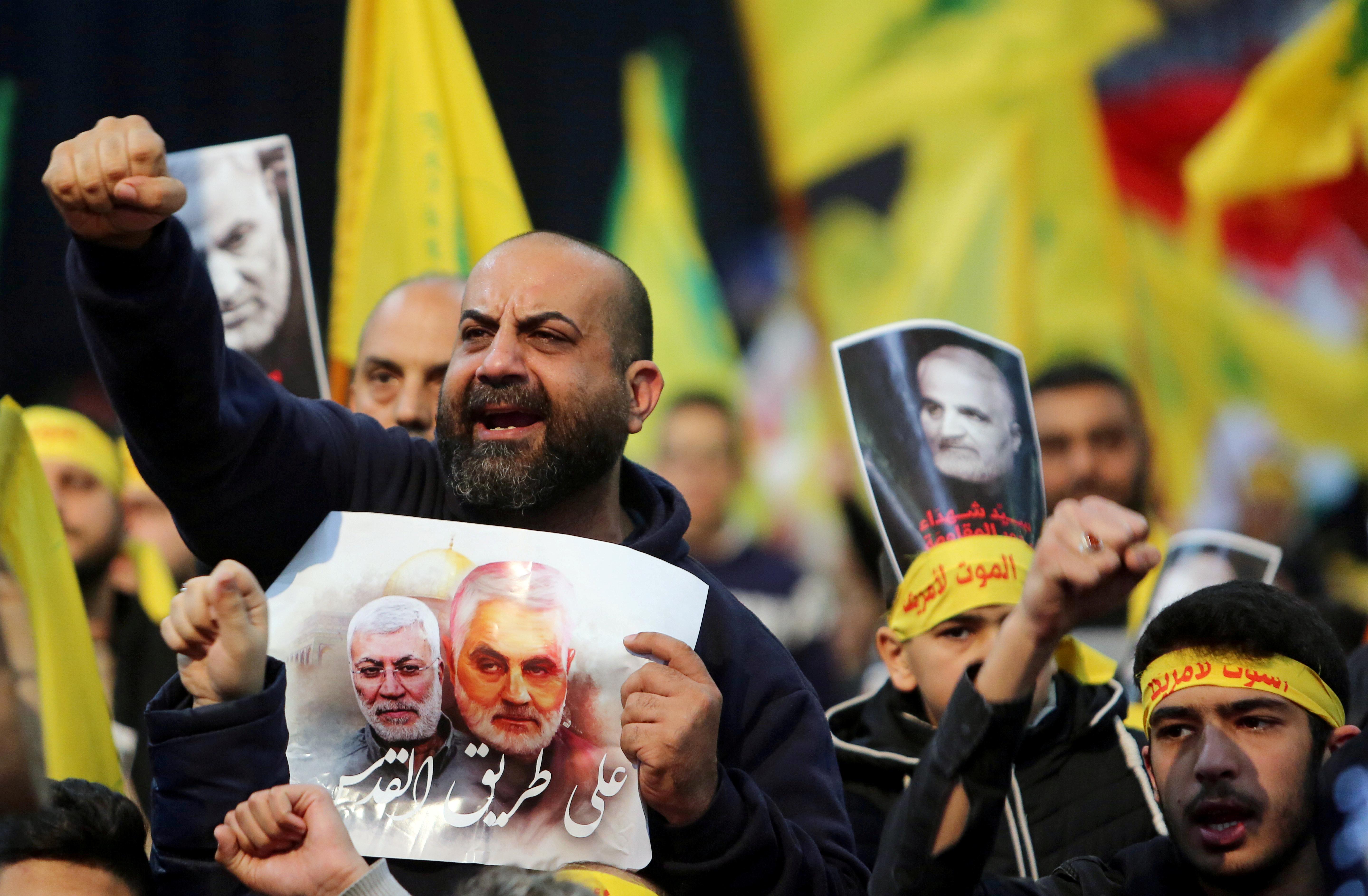 When Kadhimi became prime minister, the United States granted Iraq a four-month extension to a sanctions waiver that allows Baghdad to import Iranian energy – an economic lifeline for Iran.

Washington has said that the concession was aimed at supporting the new government.

A Western diplomat said further that Tehran appeared to want to lower military tension with the United States “for now”, but its expansionism across the wider region, where it has allies in Lebanon, Syria and Yemen, did not indicate an overall cooling of tensions.