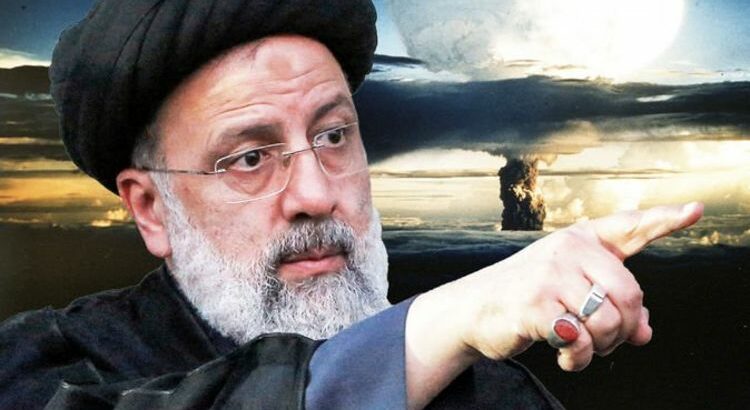 The former hardline judge pledged his allegiance and became the President of Iran on Thursday. The Shi’ite cleric used his first keynote speech to reaffirm his commitment to Iran’s nuclear weapons programme despite huge opposition in the West.

Tehran has continued to violate the terms of the Joint Comprehensive Plan of Action (JCPOA), or Iran nuclear deal, following the breakdown of relations with the US.

Speaking on the eve of the ceremony, Israeli defence minister Benny Gantz warned Iran could be less than three months away from reaching the required levels of uranium to develop a nuclear missile.

He said: “Iran has violated all of the guidelines set in the JCPOA and is only around 10 weeks away from acquiring weapons-grade materials necessary for a nuclear weapon.

“Now is the time for deeds – words are not enough.

“It is time for diplomatic, economic and even military deeds, otherwise the attacks will continue.”

President Raisi has attempted to downplay the threat by insisting Iran is not attempting to create a “forbidden” nuclear weapon and said its programme was “completely peaceful”.

The 60-year-old added the “power of the Islamic Republic in the region brings about security”, but warned the force would be used only against “threats made by dominating powers and tyrants”.

Iran has been negotiating with six nations to revive a 2015 nuclear deal which was abandoned three years ago by then US President Donald Trump, who argued it was too soft on Tehran.

Under the deal, Iran agreed to curb its nuclear programme in return for the lifting of international sanctions, but Mr Trump withdrew and reimposed sanctions that have crippled Iranian exports.

Tehran has since breached levels of enriched uranium permitted under the treaty.

Mr Raisi is widely expected to adopt a tougher line in talks with the West and Supreme leader Ayatollah Ali Khamenei has the final say on nuclear policy.

Mr Raisi warned “foreign pressure and sanctions will not cause the nation of Iran to back down from following up on its legal rights”.

The US has told President Raisi it will not change its stance on curbing Iran’s nuclear programme and urged Tehran to get back to the negotiating table.

A US state department spokesmen said: “Our message to President Raisi is the same as our message to his predecessors.

“The US will defend and advance our national security interests and those of our partners.

“We hope that Iran seizes the opportunity now to advance diplomatic solutions.

“We urge Iran to return to the negotiations soon so that we can seek to conclude our work.”
Source: Read Full Article