Organisers of a fashion show in Iran have been charged after they employed runway models and performers without headscarves.

Emerging Iranian fashion label Rama hosted the private show on March 1 in Lavasan, an affluent town on the outskirts of the capital Tehran.

Videos of the event posted on social media show women with their hair uncovered – prompting the public prosecutor to file charges that the show was ‘un-Islamic’. 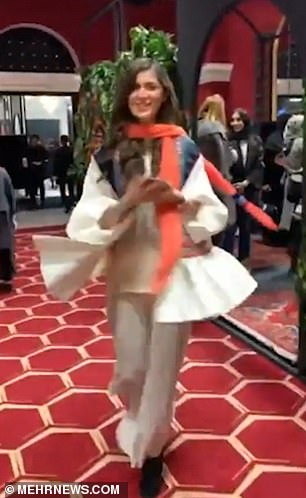 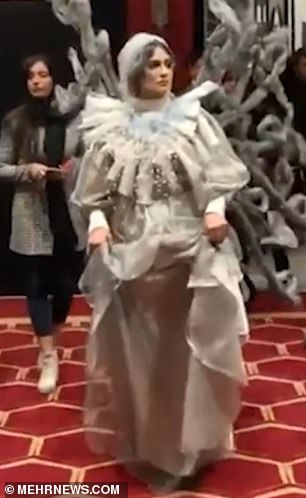 Iran has strict Islamic dress laws, under which women are not permitted to appear in public without wearing a veil.

The performers were also dressed in elaborate fantasy costumes, which, although technically legal, is frowned upon by religious conservatives who believe it sanctions a Western lifestyle.

The videos came to the attention of the authorities after they were widely shared on Instagram and Telegram, an instant messaging app.

One of the event organisers, who asked to remain anonymous, told French news website The Observers that the audience for the invitation-only event included celebrities, footballers and actors. 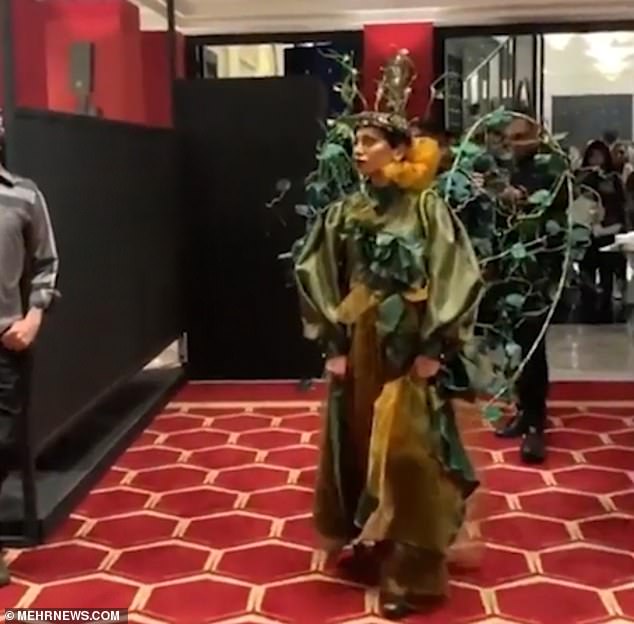 ‘The waitresses and organisers didn’t have hijabs, and many of the guests felt free to take off their scarves too,’ she said.

‘It was a private event and we did as we always do in our private parties. It was not even an issue for anyone there.’

Tehran police chief Sardar Hossein Rahimi told local media that the venue where the show was held has been closed until further notice.

Officials added that the label would be criminally prosecuted in a court.

However, the anonymous organiser told The Observer that the fashion brand’s owner had actively encouraged some guests to take photographs and videos of the event and post them online to generate media coverage.

Importing foreign clothing into Iran has been illegal since last May, and ‘given the absence of international labels, numerous local brands are competing for a share of the Iranian market,’ she explained. 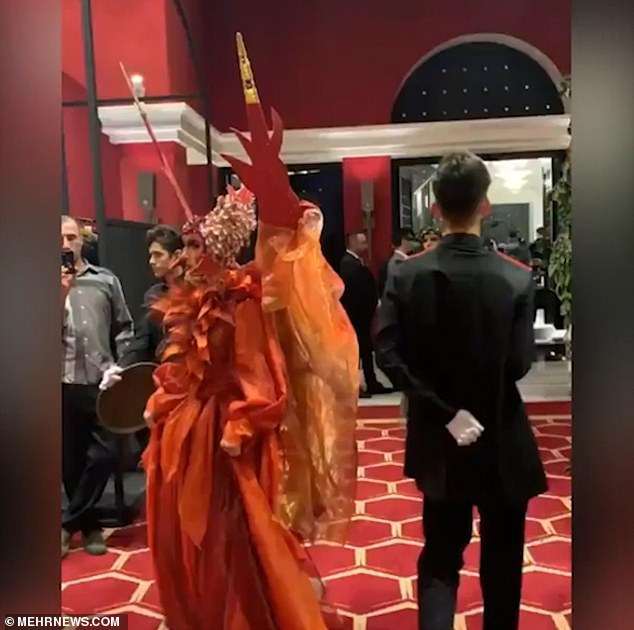 An organiser who chose to remain anonymous said: ‘The waitresses and organisers didn’t have hijabs, and many of the guests felt free to take off their scarves too’

The idea was that any response from police, however negative, would generate free publicity for the brand across Iran – with the money lost in fines and the store’s temporary closure being almost equivalent to the price of an ad campaign.

It is a risky game though. Earlier this week, a prominent Iranian lawyer was jailed for 33 years and sentenced to 148 lashes after she defended women who removed their headscarves in public.