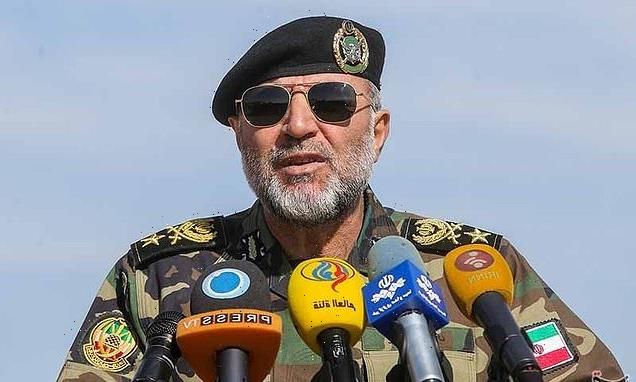 The director of Israel’s Mossad spy service, David Barnea, reacted to the news and has warned Iran’s rulers against ‘resorting to force against Israel or Israelis.’ 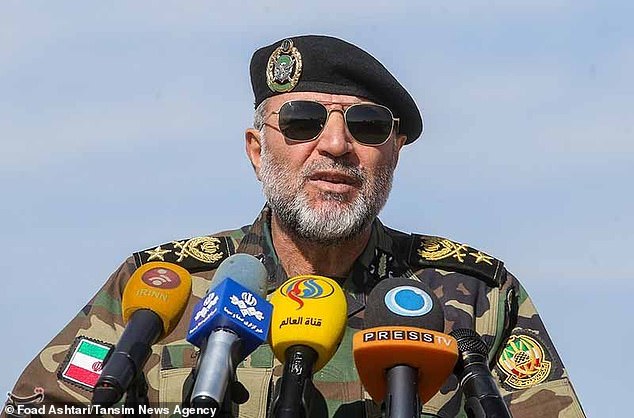 ‘The top Iranian echelon must be aware that resorting to force against Israel or Israelis, directly from Iran or via proxies, will meet a painful response against those responsible – on Iranian soil,’ Barnea said in a speech at Reichman University near Tel Aviv on Monday.

‘This will happen in Tehran, in Kermanshah, in Isfahan,’ he added, referring to areas of Iran where authorities have reported sabotage operations against facilities or personnel linked to the country’s military or nuclear programs.

Heidari has claimed that ‘Arash 2’ drone was specially designed for attacking Haifa and Tel Aviv, adding that it is a unique drone made for that purpose and awaits the command to start operation.

In Iran supreme leader Ali Khamenei in commander in chief.

The general added that the drone has joined the Army Ground Force and that they will unveil its capabilities in future exercises.

‘Arash 2’ has both seekers and is also equipped with search systems in addition to other unique capabilities that it recovers itself several times until it hits the target, precisely. 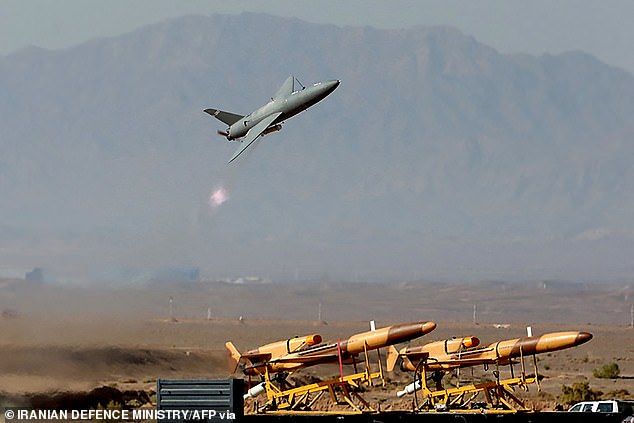 The Iranian Army shows the launch of a military unmanned aerial vehicle (UAV or drone) during a two-day drone drill at an undisclosed location on August 25, 2022 in Iran

Israeli Prime Minister Yair Lapid also warned Iran last Tuesday not to test his country’s ‘long arm’ in a video on Tuesday as he stood next to an F-35 stealth bomber.

‘If Iran continues to test us, it will discover Israel’s long arm and capabilities,’ he said, vowing to ‘continue to act on all fronts against terrorism and against those who seek to harm us.’

Meanwhile efforts to revive the 2015 nuclear deal between Iran and world powers, which Israel opposes, have yet to succeed since negotiations began in Vienna in April 2021.

Israel, which views the deal as flawed, has vowed to do whatever it takes to stop its arch foe from obtaining a nuclear arsenal. 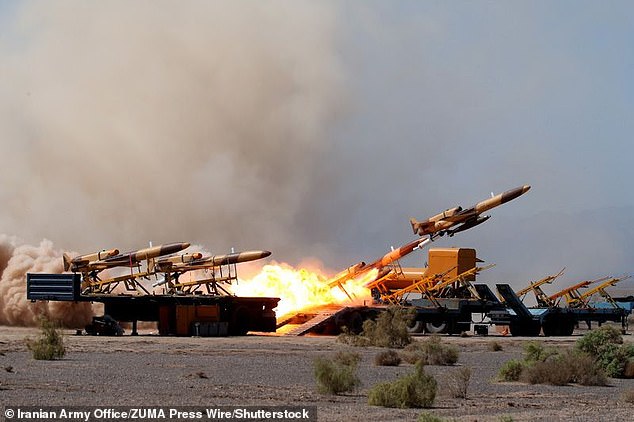 The 2015 deal offered Iran sanctions relief in exchange for curbs on its nuclear program.

Iran said on Monday it was ready to continue cooperating with UN nuclear watchdog while revealing a drone capable of hitting major cities in Israel, which has threatened to attack Iranian nuclear sites if diplomacy fails to save a 2015 nuclear pact.

France, Britain and Germany said Saturday they had ‘serious doubts’ about Iran’s intentions to revive a deal curbing its nuclear program in return for a lifting of sanctions, comments that were rejected by Tehran and called ‘very untimely’ by Moscow.