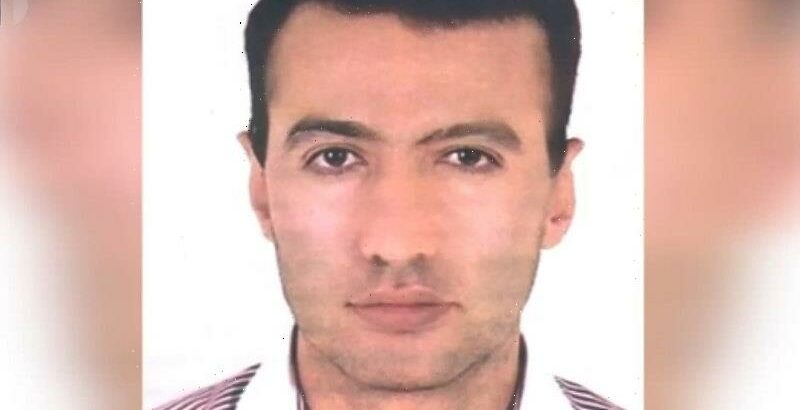 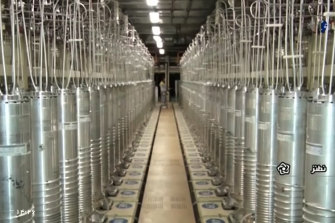 An image from video released by Islamic Republic of Iran Broadcasting shows centrifuge machines at the Natanz nuclear site. Credit:IRIB/AP

Iranian state television on Saturday named a suspect in an attack earlier on a critical nuclear site and provided new purported details about the nature of the attack, saying it involved a “small” blast caused by an explosive device. The suspect reportedly fled the country.

Iranian officials had previously said the attack, on April 11 at the Natanz nuclear site, was the result of unspecified sabotage carried out by Israel that had caused a blackout and a fire that had damaged centrifuges. Israeli media outlets reported that the facility had been targeted by a cyberattack carried out by the Mossad, Israel’s intelligence service. Israel has not commented on the allegations.

Natanz houses thousands of fast-spinning centrifuges, the machines at the core of the uranium enrichment process. Even a small disruption can harm delicate internal components, nuclear experts say.

The diplomatic fallout from the Natanz incident threatened to be as significant as any physical damage. Days later, Iran announced that it was increasing its uranium enrichment to 60 per cent purity – a provocative, threefold increase over its previous enrichment levels. Iran’s announcement came in the midst of delicate negotiations in Vienna intended to revive the 2015 nuclear deal between Iran and six world powers, threatening to upend the talks.

The report Saturday by Islamic Republic of Iran Broadcasting (IRIB) said an explosion, caused by an unspecified device, had destroyed part of the power supply to the “centrifuge hall” at Natanz, and that there had been no cyberattack. Iranian intelligence officials had identified the suspected perpetrator as Reza Karimi, 43, and said he hailed from Kashan, about an hour’s drive north of Natanz, the report said.

It did not specify what role Karimi had played in causing the explosion, or whether he was affiliated with any foreign intelligence agency, but said he fled Iran an hour before the incident. 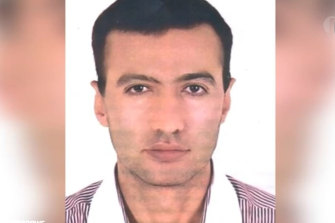 An image released from Islamic Republic of Iran Broadcasting purportedly shows Resa Karimi, wanted in relation to the alleged attack on the Natanz nuclear facility.Credit:IRIB/AP

The report showed what IRIB claimed was an Interpol “red notice” for Karimi, or a request for help from other law enforcement agencies in apprehending a suspect. But a search of Interpol’s website Saturday did not turn up any mention of a red notice for Karimi.

According to IRIB, Karimi spoke both Farsi and English, and would “likely” visit Ethiopia, the United Arab Emirates and Turkey along with several countries. The channel did not disclose his affiliation, if any, with a foreign intelligence service. It published a photograph purportedly of Karimi, and said “necessary measures to arrest and return him to the country are being pursued through legal channels.”

The report said foreign media had exaggerated the extent of the destruction and that replacement of damaged centrifuges at Natanz was progressing quickly.

The 2015 nuclear agreement lifted then-existing sanctions in exchange for Tehran’s acceptance of strict limits on its nuclear program. President Donald Trump withdrew the United States from the multination deal in 2018, saying the accord was too weak to achieve its aims and failed to curb other malign Iranian activities. Trump reimposed the sanctions lifted under the agreement and added more than 1500 more.

Iran, in response, said it would progressively begin breaching the deal, and in January increased uranium enrichment levels from the 3.67 per cent purity stipulated by the deal to 20 per cent.

Iran and the United States are participating in the Vienna talks, though Iran has refused to meet directly with the American delegation and instead has relied on European interlocutors. Negotiators are seeking to arrive at a formula that would satisfy Iran’s demand for the lifting of hundreds of US sanctions, in exchange for Tehran’s return to compliance with the terms of the 2015 agreement.

Abbas Araghchi, Iran’s deputy foreign minister and Tehran’s lead negotiator in Vienna, hinted Saturday at positive progress in the talks, saying “good discussions” had taken place at a joint meeting of the participants, according to Iran’s semiofficial Fars news agency.

“It seems that a new understanding is being formed and there is a common goal among everyone now,” he was quoted as saying.