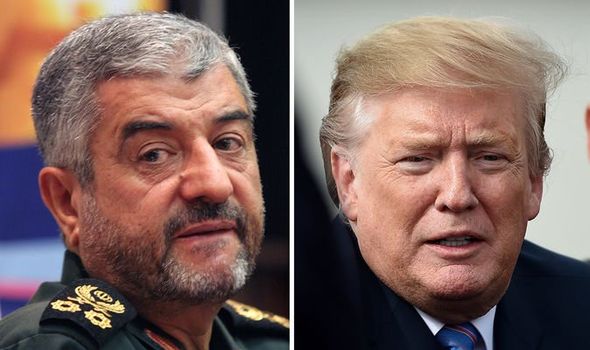 The formal designation decision will mark the first time Washington has formally labelled another country’s military a terrorist group. The decision, which falls under the US State Department’s purview, is consistent with the White House’s increasingly bellicose stance towards Iran. The debate over whether to make the bombshell designation has been raging for months.

The Wall Street Journal was the first publication to report the expected designation.

The Pentagon declined to comment and referred queries to the State Department.

The State Department and White House also declined to comment.

But defence officials have previously revealed troops in Syria and Iraq often operate within close proximity to members of IRGC. 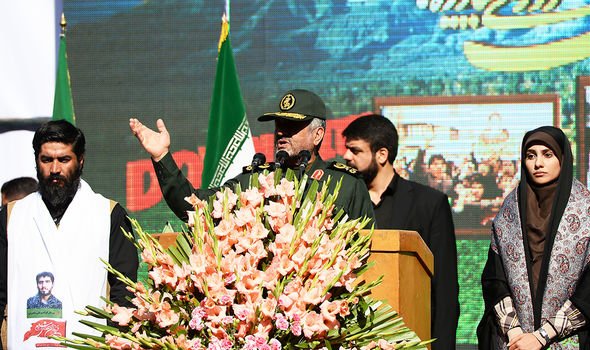 And US Secretary of State Mike Pompeo, a strident Iran critic, has advocated for the change in US policy as part of the Trump administration’s tough posture towards Tehran.

Meanwhile, last year Director of National Intelligence Dan Coats cautioned the administration designating the IRGC could pose dangers to US forces, according to one source familiar with the matter.

Brian Hook, the State Department’s special representative for Iran, told reporters on Tuesday: “Under the cover of the Syrian war, the IRGC is now trying to plant military roots in Syria and establish a new strategic base to threaten Syria’s neighbours such as Israel.

“In Iraq, I can announce today, based on declassified US military reports, that Iran is responsible for the deaths of at least 608 American service members. 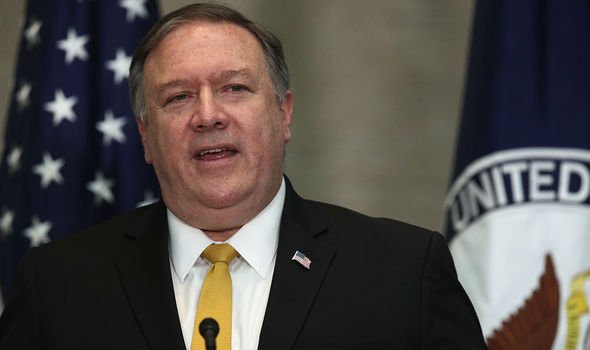 “This death toll is in addition to the many thousands of Iraqis killed by the IRGC’s proxies.”

Iran has warned of a “crushing” response should the United States go ahead with the designation.

IRGC commander Mohammad Ali Jafari warned in 2017 if Trump went ahead with the move “then the Revolutionary Guards will consider the American army to be like Islamic State all around the world”. 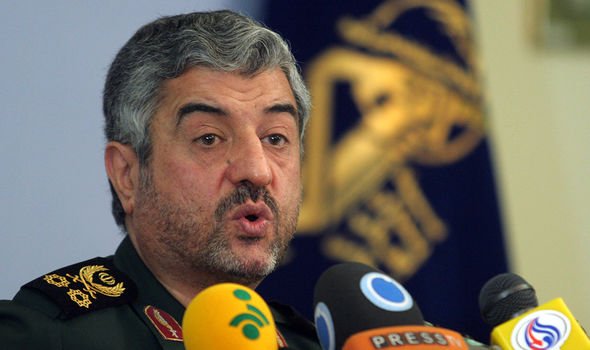 Such threats are particularly ominous for US forces in places such as Iraq, where Iran-aligned Shi’ite militia are located in close proximity to US troops.

Former Under-Secretary of State and lead Iran negotiator, Wendy Sherman, said she was worried about implications for US forces.

The director of the Centre for Public Leadership at the Harvard Kennedy School said: “One might even suggest since it’s hard to see why this is in our interest if the president isn’t looking for a basis for conflict.

“The IRGC is already fully sanctioned and this escalation absolutely endangers our troops in the region.”