The Foreign Secretary summoned Hamid Baeidinejad over the case for the first time on Monday to complain about a lack of medical treatment for Mrs Zaghari-Ratcliffe, 41.

The ambassador said little to Mr Hunt at the time, but later denounced Britain for ‘meddling in Iran’s internal affairs’. 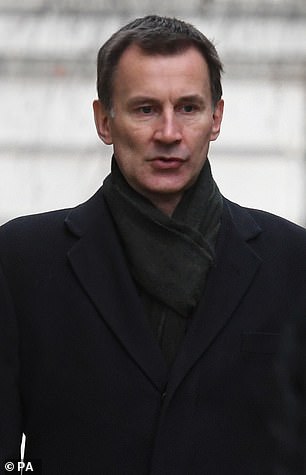 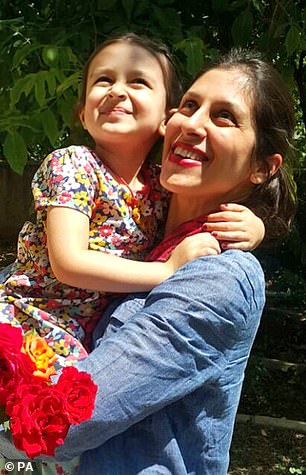 Jeremy Hunt, left, has been accused of meddling in Iran’s internal affairs by pleading for the release of British mother Nazanin Zaghari-Ratcliffe, right

Mrs Zaghari-Ratcliffe, a British-Iranian mother of one, has spent 1,000 days in prison in Iran after being arrested and accused of spying. On Monday, she began a three-day hunger strike to protest against being denied medical treatment after finding lumps in her breasts.

Mr Baeidinejad told the state-controlled Islamic Republic News Agency that he had been summoned by Mr Hunt, who asked him about Mrs Zaghari-Ratcliffe’s condition and the hunger strike. He said he told the Foreign Secretary that she was an Iranian, as opposed to a dual national, and had access to healthcare.

Mrs Zaghari-Ratcliffe, who works for the Thomson Reuters Foundation charity, was arrested at Tehran’s Imam Khomeini airport in April 2016 and sentenced to five years in jail.

She and another detainee began protesting on Monday morning over a lack of access to proper medical care, her husband Richard Ratcliffe said yesterday.

Mr Ratcliffe said the tactic, deployed at around her 1,000th day in jail, meant they were in a ‘scary place’.

Mr Ratcliffe told the conference that his wife was “pushed over the edge” to start the strike when, on December 29, investigators asked her to spy on Britain.