Iran’s supreme leader has trolled President Trump by sharing a photo of himself reading the tell-all book Fire and Fury: Inside the Trump White House.

Ayatollah Ali Khamenei was pictured flipping through the pages of a Persian-language edition of Michael Wolff’s controversial book on Friday, just days after Donald Trump pulled the US out of the Iran nuclear deal.

The President has publicly denounced the book, calling the author ‘mentally deranged’ for writing that the White House is largely dysfunctional.

It appears Khamenei made the gesture to mock President Trump for his decision to pull out of the deal – one that sparked outrage in Iran as politicians set fire to the American flag. 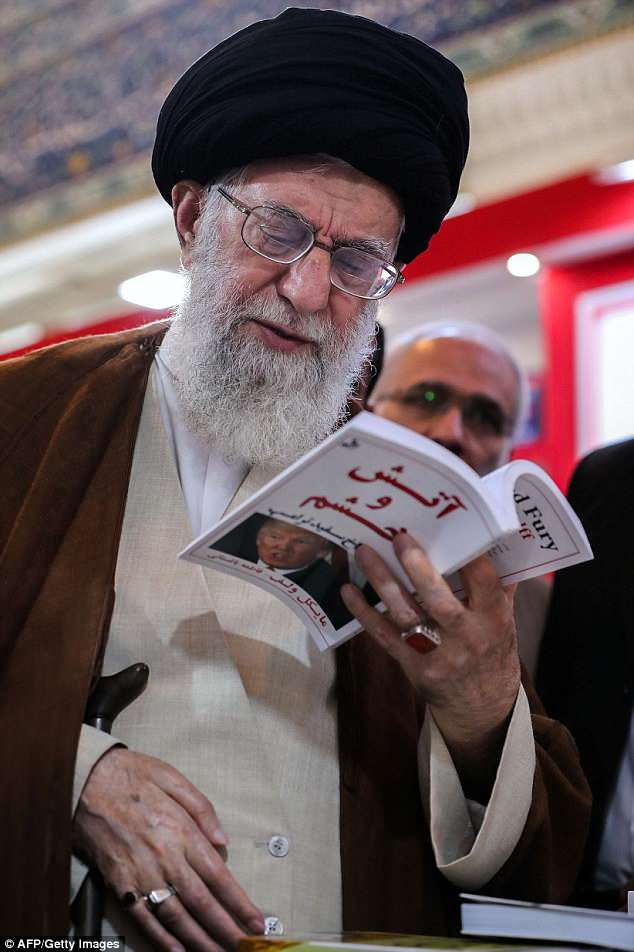 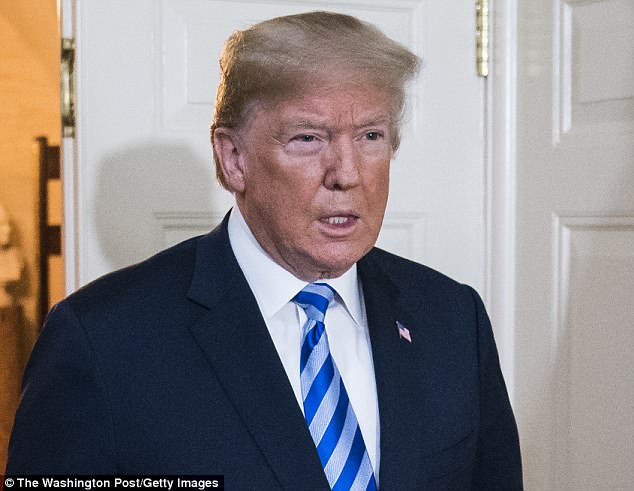 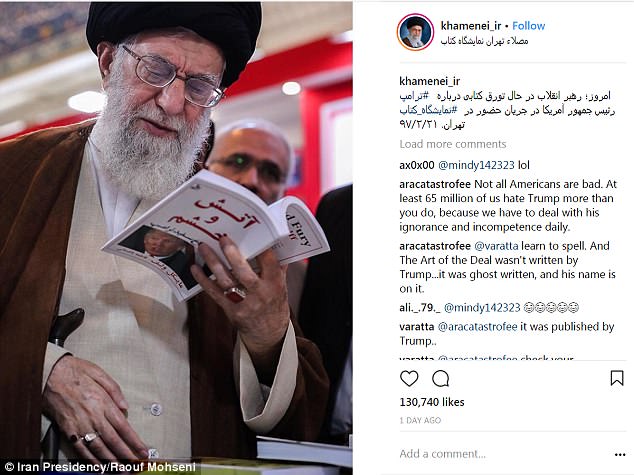 The caption reads: ‘Today, the revolutionary leader is browsing a book about the… president of the United States’

The image was taken by a court photographer at this year’s Tehran International Book Fair, according to BBC News.

The caption reads: ‘Today, the revolutionary leader is browsing a book about the… president of the United States.’

He said: ‘The body of this man, Trump, will turn to ashes and become the food of the worms and ants, while the Islamic Republic continues to stand.’

This came after the president claimed the deal was ‘rotten and decaying’.

He added that the pact was a ‘horrible one-sided deal that should never ever have been made.’ 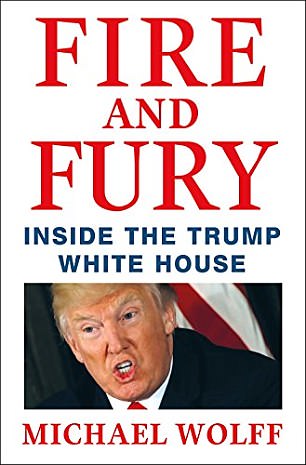 President Trump denounced the controversial book, saying it was ‘full of lies’

Fire and Fury: Inside the Trump White House was released in January and branded a ‘bombshell’.

Before it was even on the shelves, Trump’s team attempted to ban the book from being published.

It detailed issues with his marriage to Melania and claimed that Trump pursued the wives of his friends.

It also called into question the president’s mental health.

Before its release, Trump tweeted that he never authorized Wolff’s access into the White House.

He went on to describe the book as ‘phony’ and ‘full of lies.’

‘I authorized Zero access to White House (actually turned him down many times) for author of phony book! I never spoke to him for book. Full of lies, misrepresentations and sources that don’t exist. Look at this guy’s past and watch what happens to him and Sloppy Steve!’ he tweeted.

However once it was published, the book became a bestseller in America as readers were enthralled with the sensational look inside the White House.

The rights to the book were sold to 32 countries, according to publisher Henry Holt & Co. 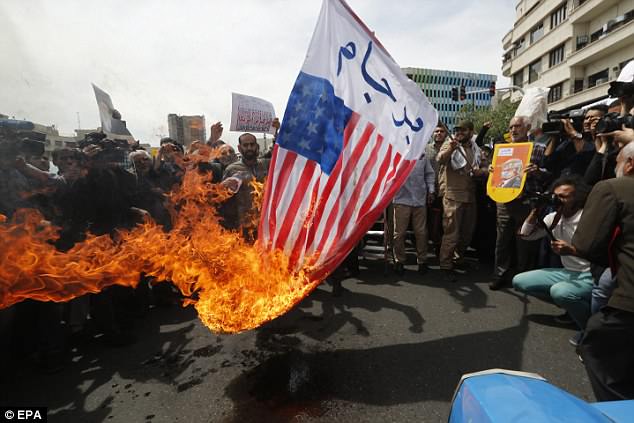 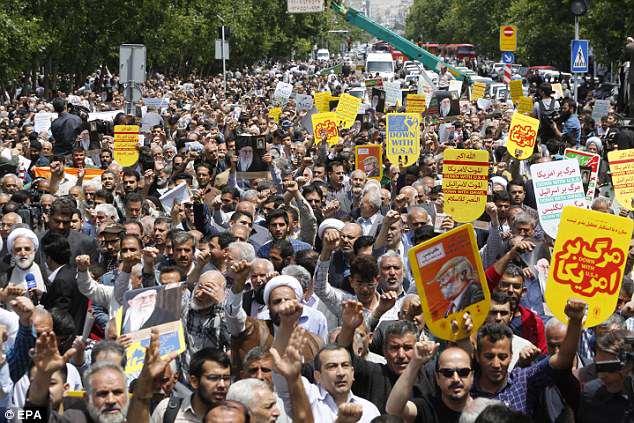