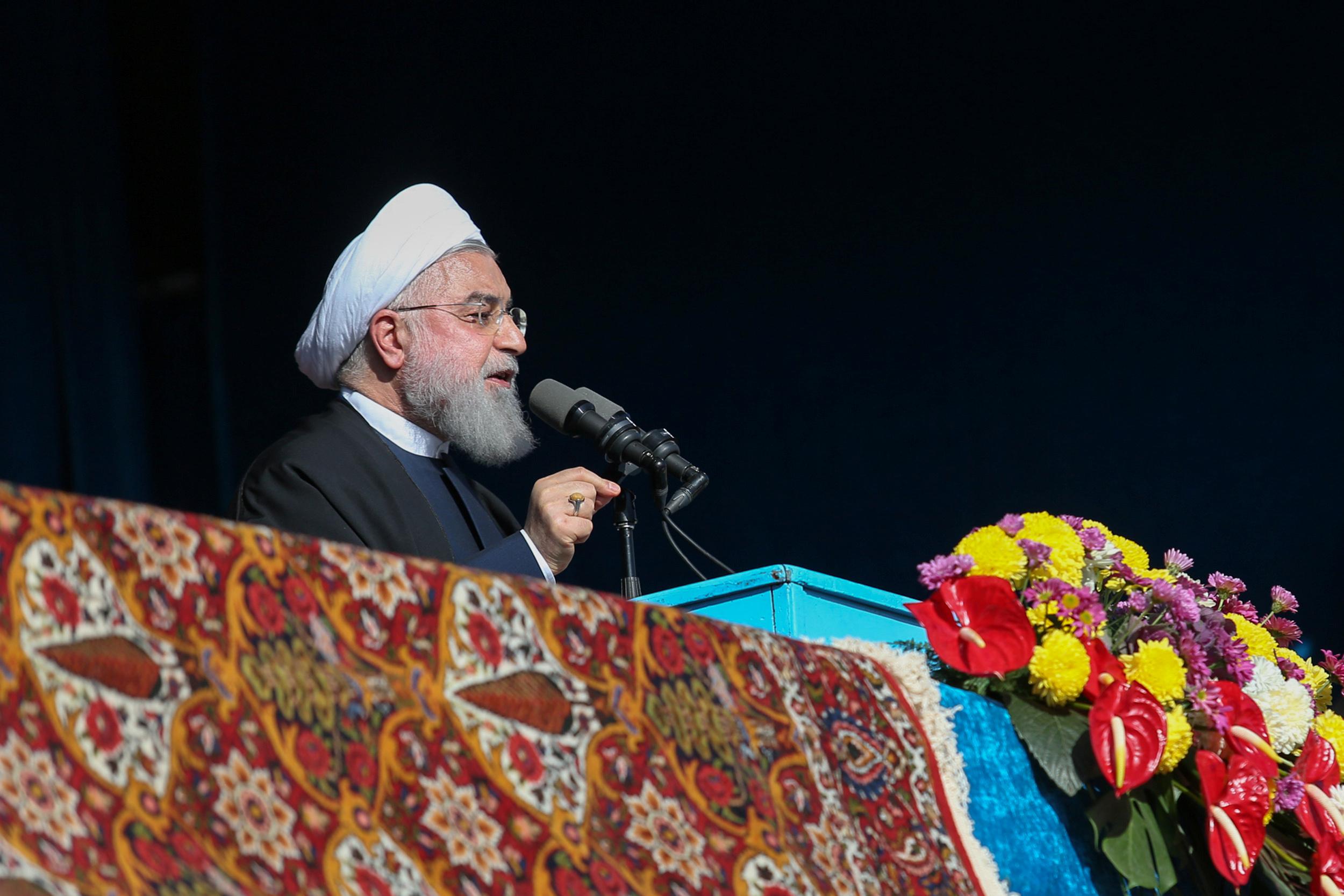 DUBAI (Reuters) – Iranian President Hassan Rouhani predicted a “deluge” of drugs, refugees and attacks on the West if U.S. sanctions weaken Iran’s ability to contain them.

“I warn those who impose sanctions that if Iran’s ability to fight drugs and terrorism are affected … you will not be safe from a deluge of drugs, asylum seekers, bombs and terrorism,” Rouhani said in a speech carried live on state television.

Separately, Foreign minister Mohammad Javad Zarif was quoted as saying that the United States is selling more arms into the Middle East than the region needs, making it a “tinderbox”.

U.S. President Donald Trump pulled the United States out of a multilateral nuclear deal with Iran in May and reimposed sanctions on Iran’s vital oil industry last month.

Drug trafficking is a serious challenge for Iran as it borders Afghanistan – the world’s largest opium producer – and Pakistan, a major transit country for drugs.

In 2012, Iran accounted for two thirds of the world’s opium seizures and one fourth of the world’s heroin and morphine seizures, a U.N. report published in 2014 showed.

“Economic terrorism means creating horror in a country and create fear in other countries that intend to invest (there). America’s withdrawal from the (nuclear accord) is undoubtedly a clear example of economic terrorism,” Rouhani told a meeting of heads of parliaments of China, Russia, and four other countries.

Zarif warned about the dangers of large U.S. arms sales in the Middle East, where Iran’s regional rival Saudi Arabia is a major buyer of Western weapons.

“The Americans have turned the region into a tinderbox. The level of arms sales by the Americans is unbelievable and much beyond regional needs and this points to the very dangerous policies followed by the Americans,” IRNA reported Zarif as saying.