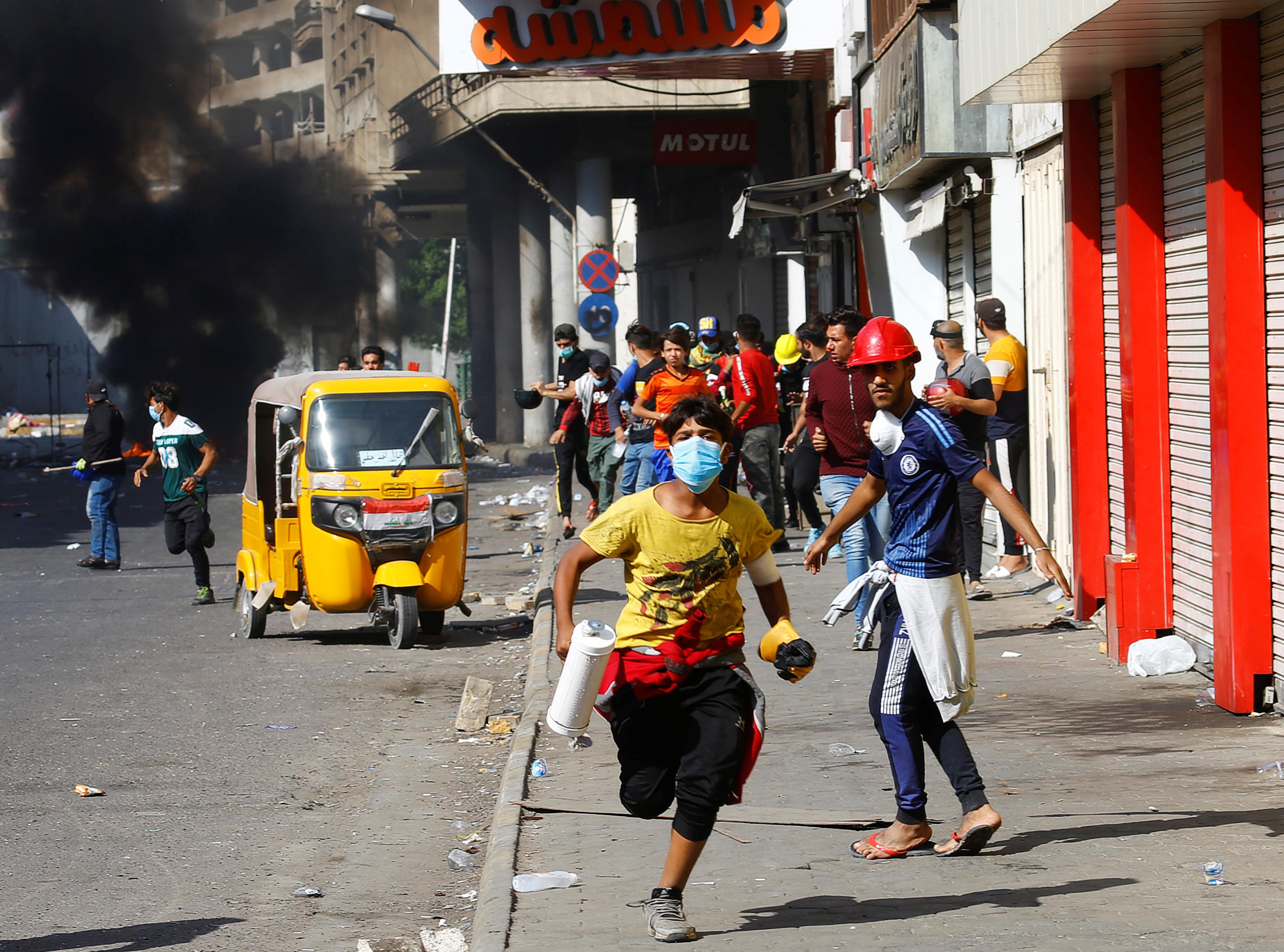 The clashes wounded scores more people and put security forces back in control of all except one major bridge linking the Iraqi capital’s eastern residential and business districts to government headquarters across the Tigris river.

The government promised reforms aimed at ending the crisis. Prime Minister Adel Abdul Mahdi said on Saturday that political parties had “made mistakes” in their running of the country, recognized the legitimacy of protest to bring about political change and pledged electoral reform.

Mass protests began at Tahrir Square in Baghdad on Oct. 1 as demonstrators demanded jobs and services, and have swelled in the capital and southern cities with calls for an overhaul of the sectarian political system.

It is the biggest and most complex challenge in years to the political order set up after a U.S.-led invasion that toppled dictator Saddam Hussein in 2003.

Iraq, exhausted by decades of conflict and sanctions, had enjoyed relative calm after Islamic State was defeated in 2017.

But the government has been unable to find an answer to the current round of unrest which pits the entire political class against mostly unemployed youth who have seen no improvement in their lives even in peacetime.

Despite government pledges of reform, security forces have used lethal force since the start and killed more than 280 people across the country.

On Saturday, forces drove protesters back from some of the bridges they had tried to occupy during the week and towards Tahrir Square, the main gathering point for demonstrators.

The protesters still hold a portion of the adjacent Jumhuriya Bridge where they have erected barricades in a stand-off with police.

But demonstrators fear the next target will be Tahrir Square and Jumhuriya Bridge.

“Police have re-taken almost the entire area up ahead of us. They’re advancing and my guess is tonight they’ll try to take Tahrir,” said one protester, who gave his name only as Abdullah.

On Saturday, some demonstrators threw Molotov cocktails towards security forces at another bridge, and young men brought unlit homemade petrol bombs up a tower block nearby, preparing for further clashes.

At a nearby makeshift clinic, volunteer medic Manar Hamad said she had helped treat dozens of wounded on Saturday alone.

“Many get hit by shrapnel from sound bombs and others choke on tear gas or are hit directly by gas canisters. People have died that way,” she said as live gunfire rang out and ambulance sirens wailed.

Police and medics said four people were killed and nearly 100 wounded in Baghdad on Saturday.

As the violence flared, Abdul Mahdi issued a statement which appeared to take a more conciliatory tone and urged a return to normal life after weeks of unrest that have cost the country tens of millions of dollars, although crucial oil exports have not been affected.

“Political forces and parties are important institutions in any democratic system, and have made great sacrifices, but they’ve also made many mistakes,” he said.

He said protests were a legitimate engine of political change but urged demonstrators not to interrupt “normal life”.

Abdul Mahdi promised electoral reform and said authorities would ban possession of weapons by non-state armed groups who have been accused of killing protesters, and that there would be investigations in demonstrator deaths. 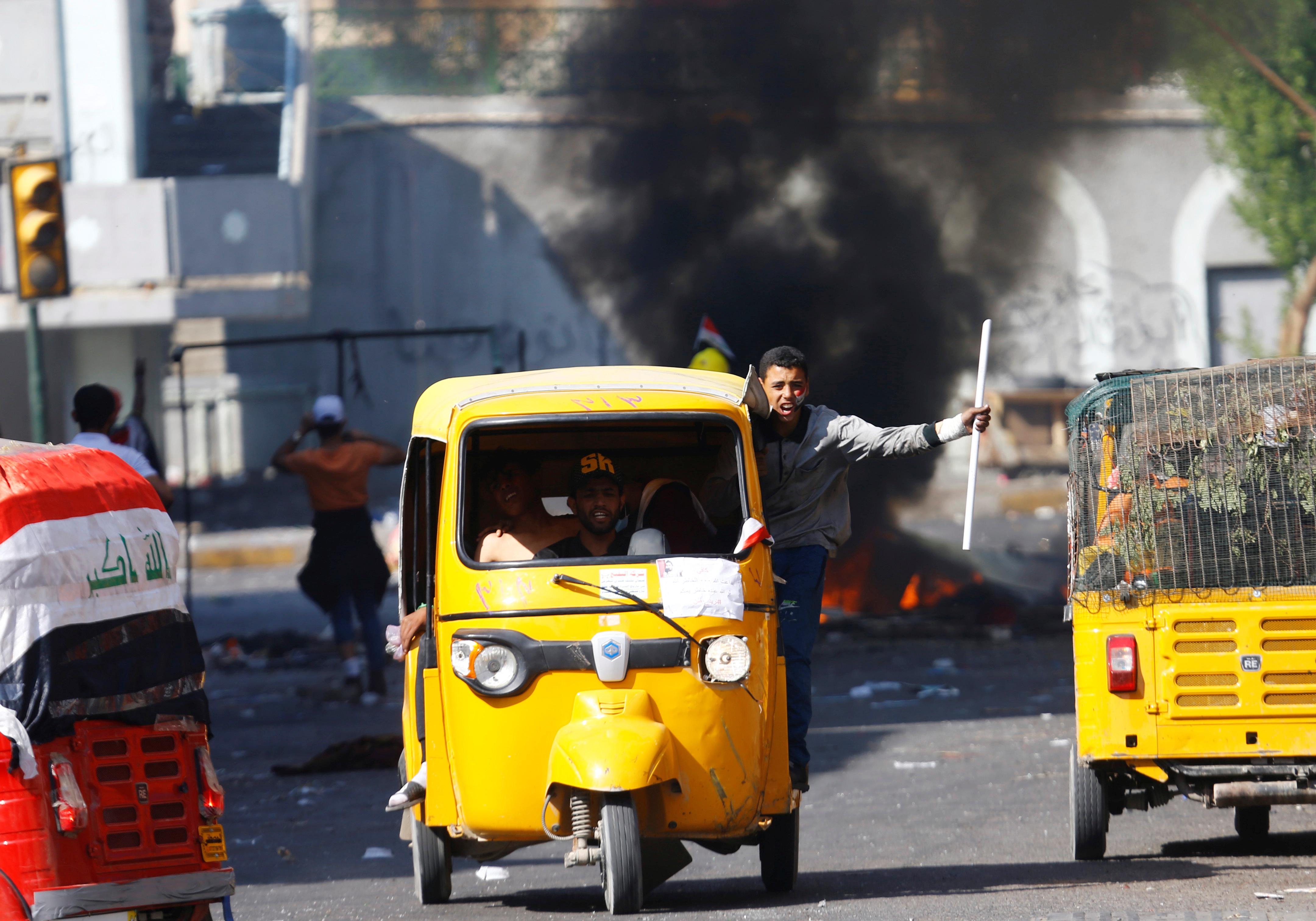 In southern Iraq, operations resumed at Umm Qasr commodities port, a port official said, after it was closed for nearly 10 days while protesters blocked its entrances.