Exit polls have predicted a landslide victory for the YES campaign as the PM hailed the early results as “democracy in action”. Taoiseach Leo Varadkar tweeted: “Thank you to everyone who voted today. Democracy in action. It’s looking like we will make history tomorrow…. #Together4Yes”.

His comments came as an RTE exit poll suggested that almost 70 per cent of voters wanted to see an end to the termination ban.

A second exit poll by The Irish Times recorded  68 per cent of the electorate were in favour of reform.

Tánaiste and Deputy Prime Minister of Ireland Simon Coveney has also celebrated the early indications, tweeting: "Thank you to everybody who voted today – democracy can be so powerful on days like today – looks like a stunning result that will bring about a fundamental change for the better. Proud to be Irish tonight. Thank u to all at @Together4yes". 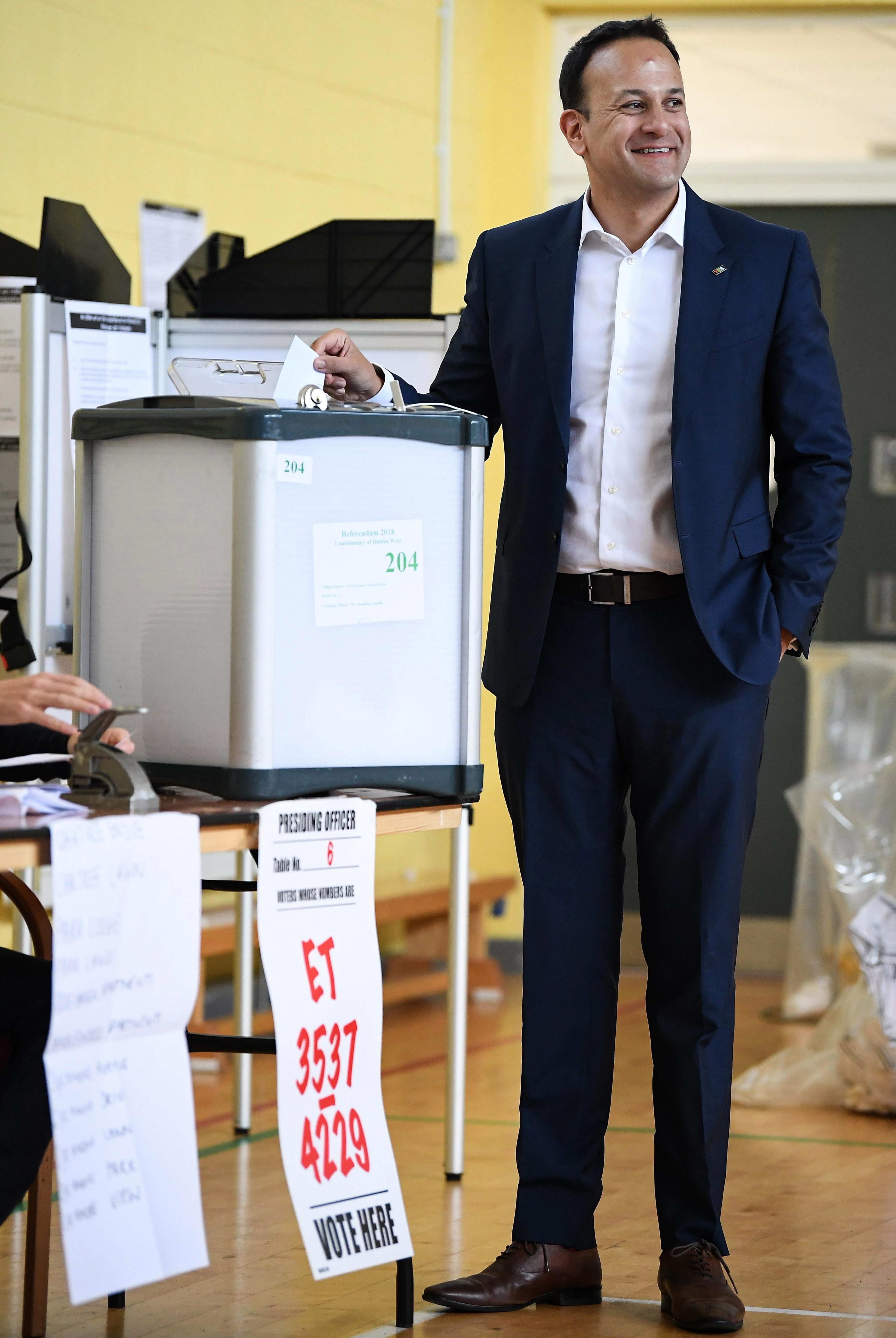 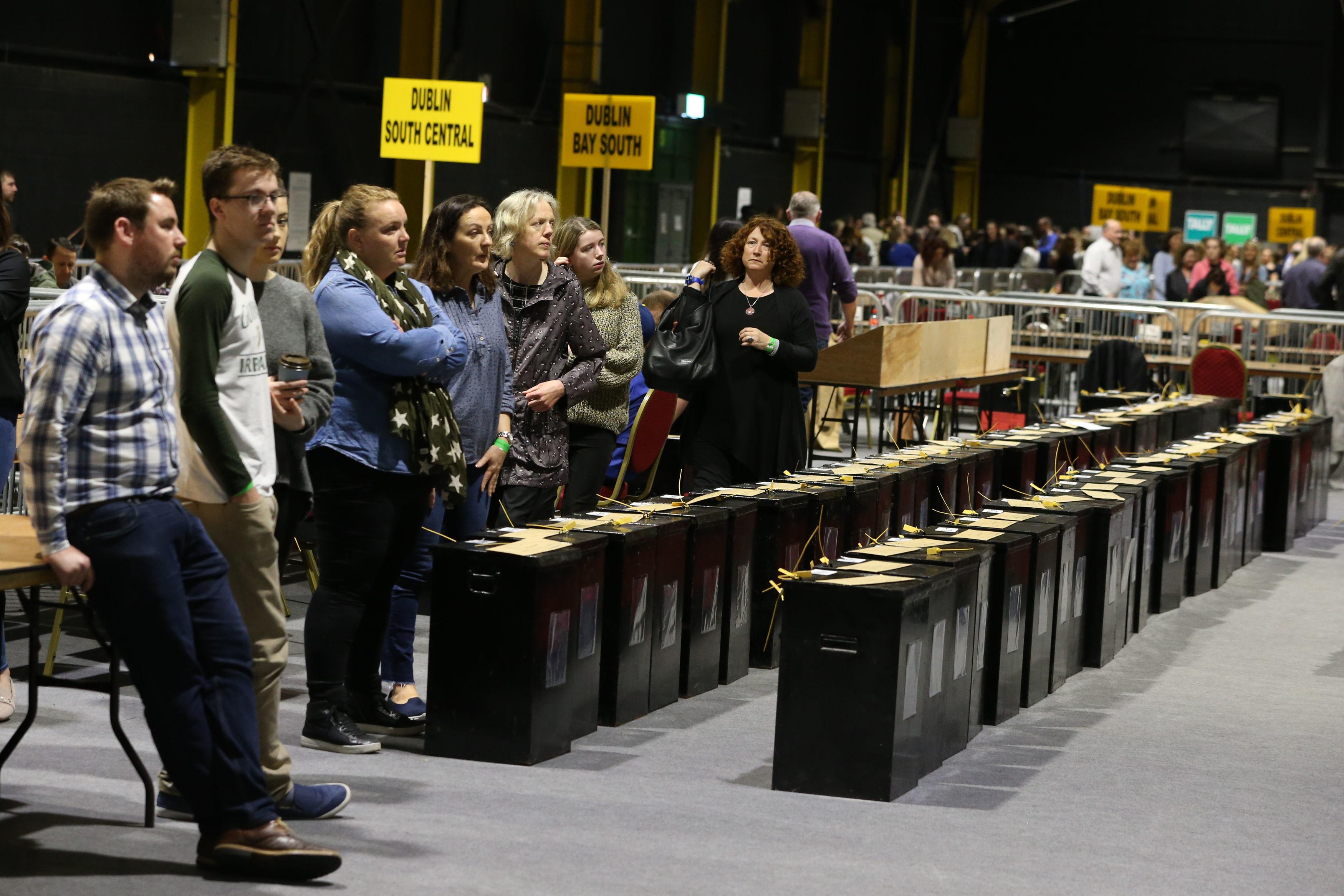 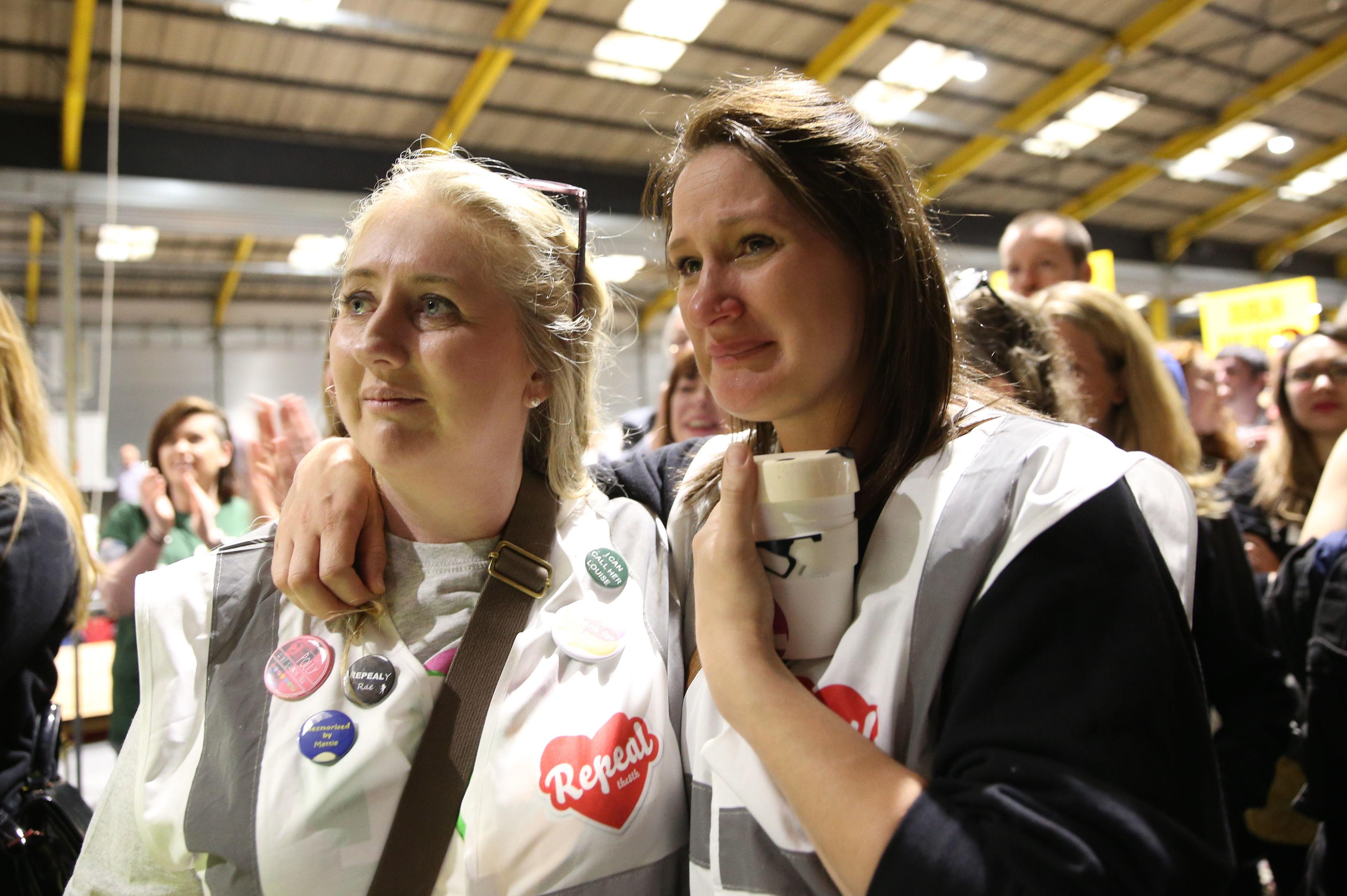 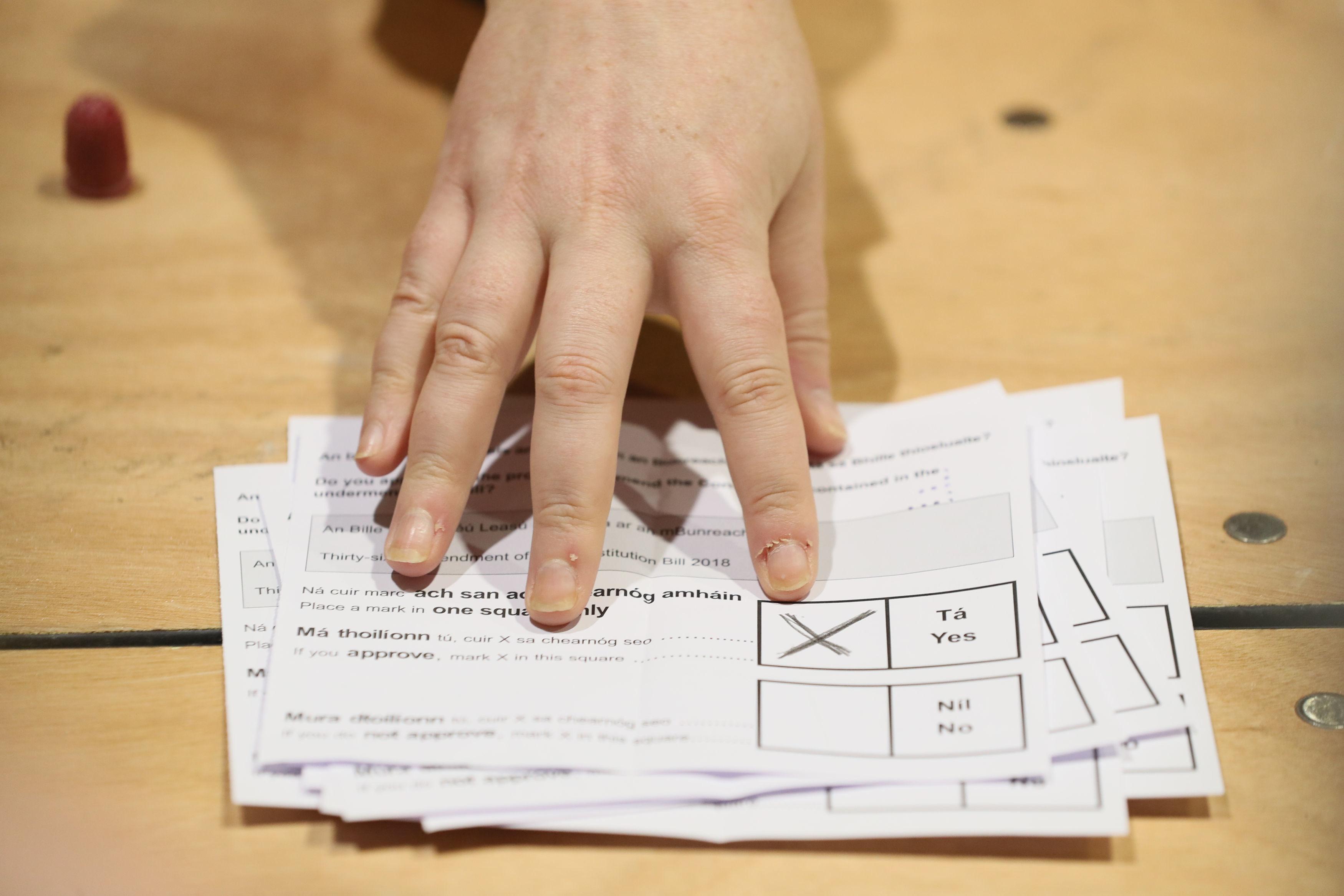 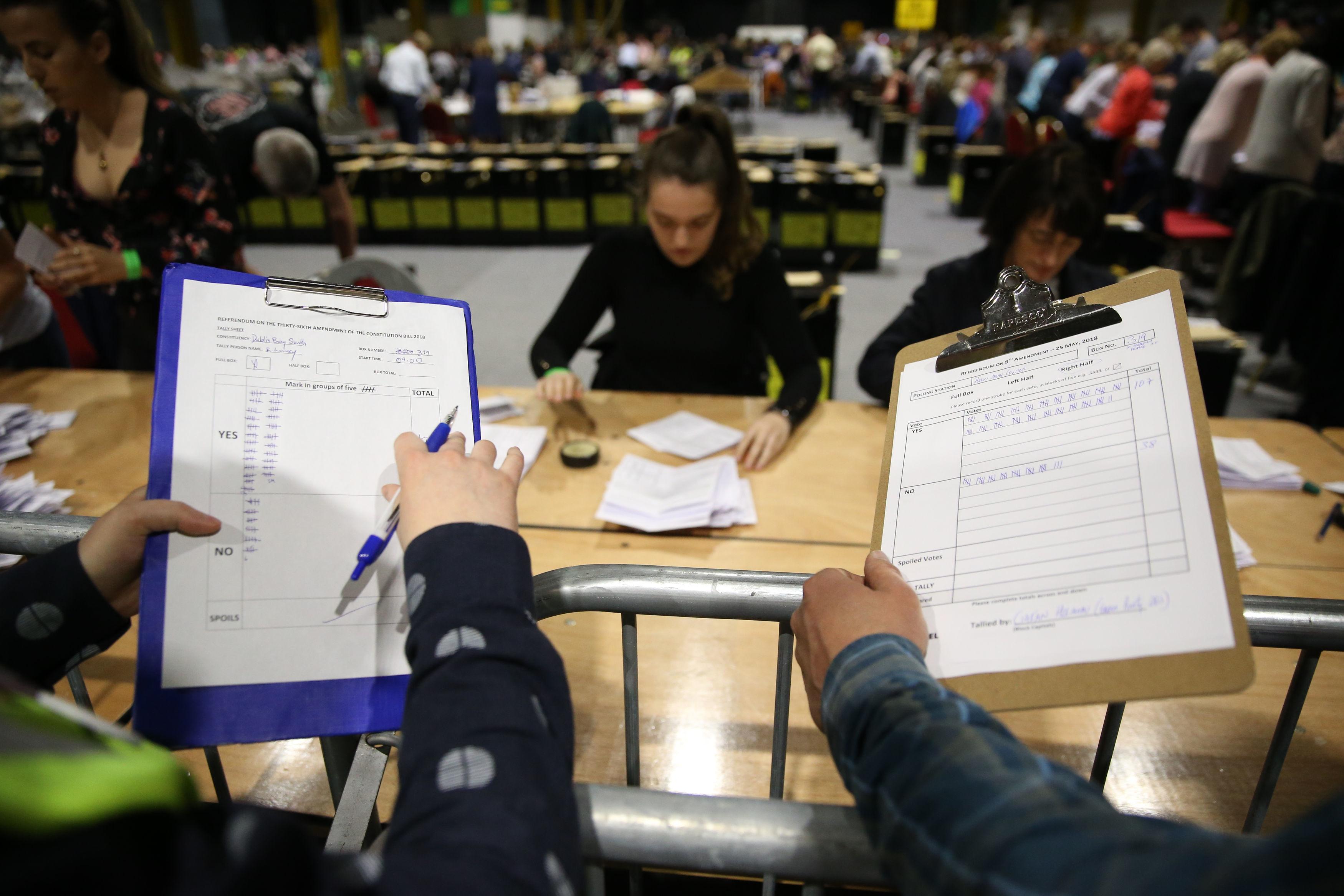 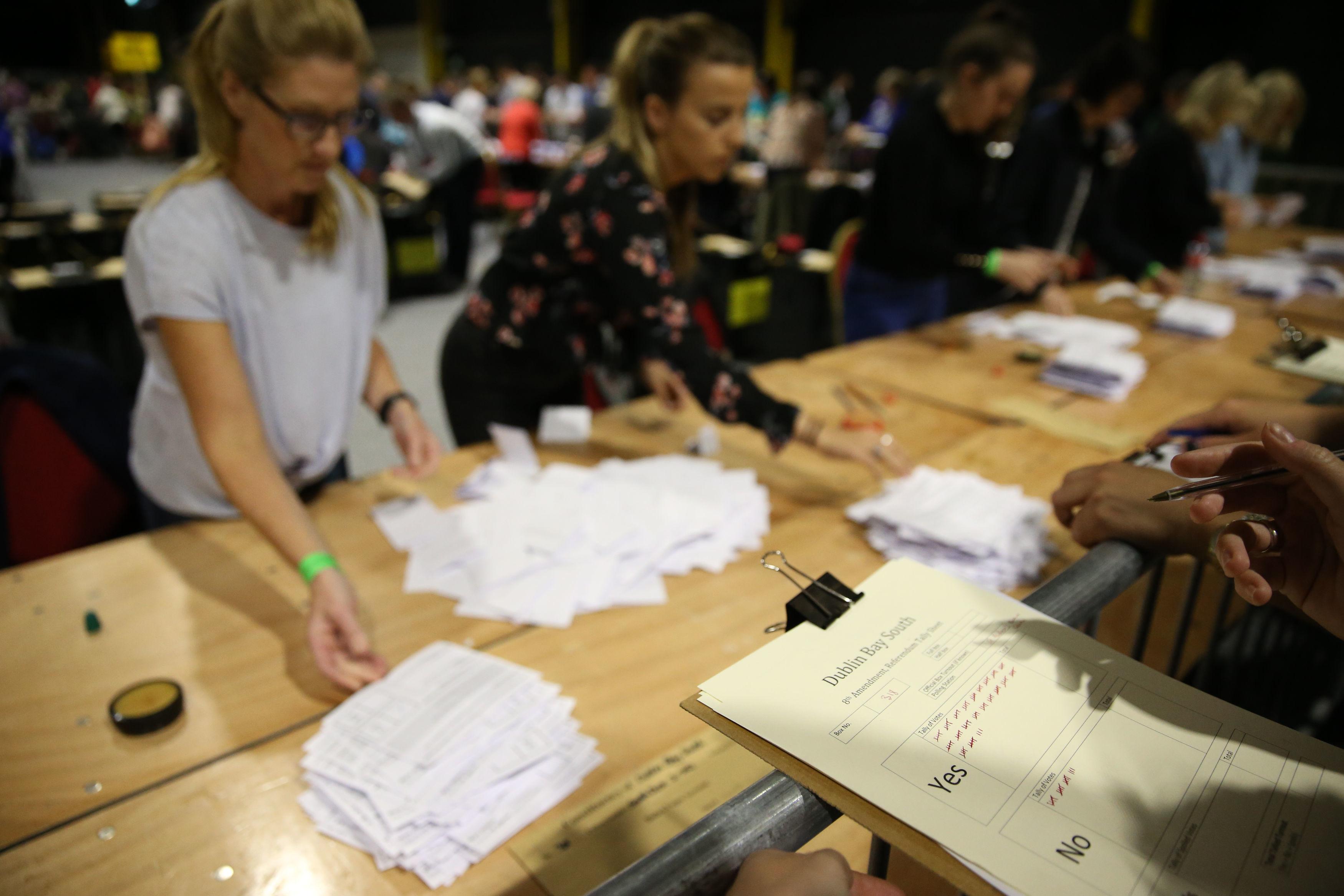 "But those who voted No should take heart. Abortion on demand would deal Ireland a tragic blow but the pro-life movement will rise to any challenge it faces. Let's go into tomorrow with this in mind. #8thref". 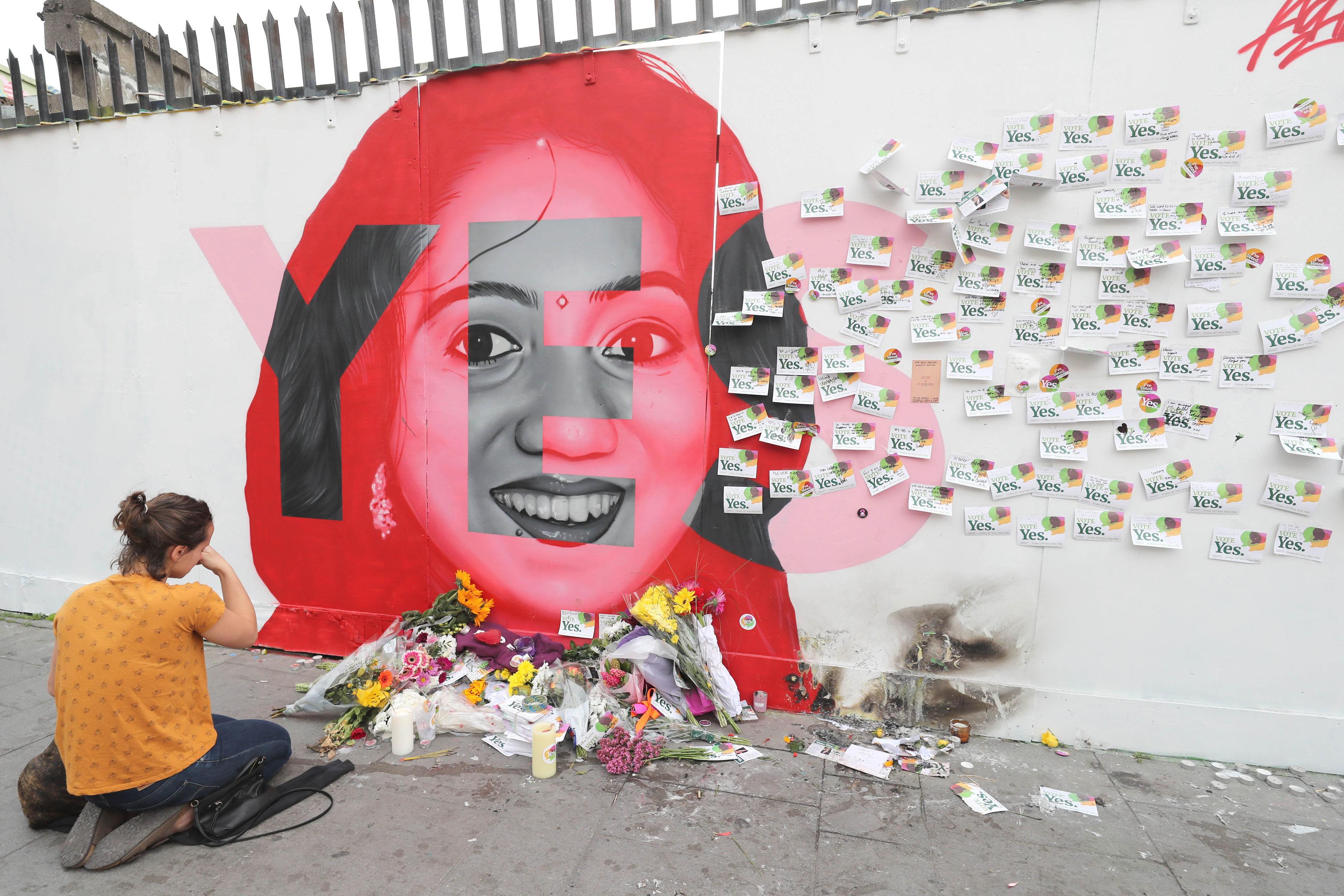 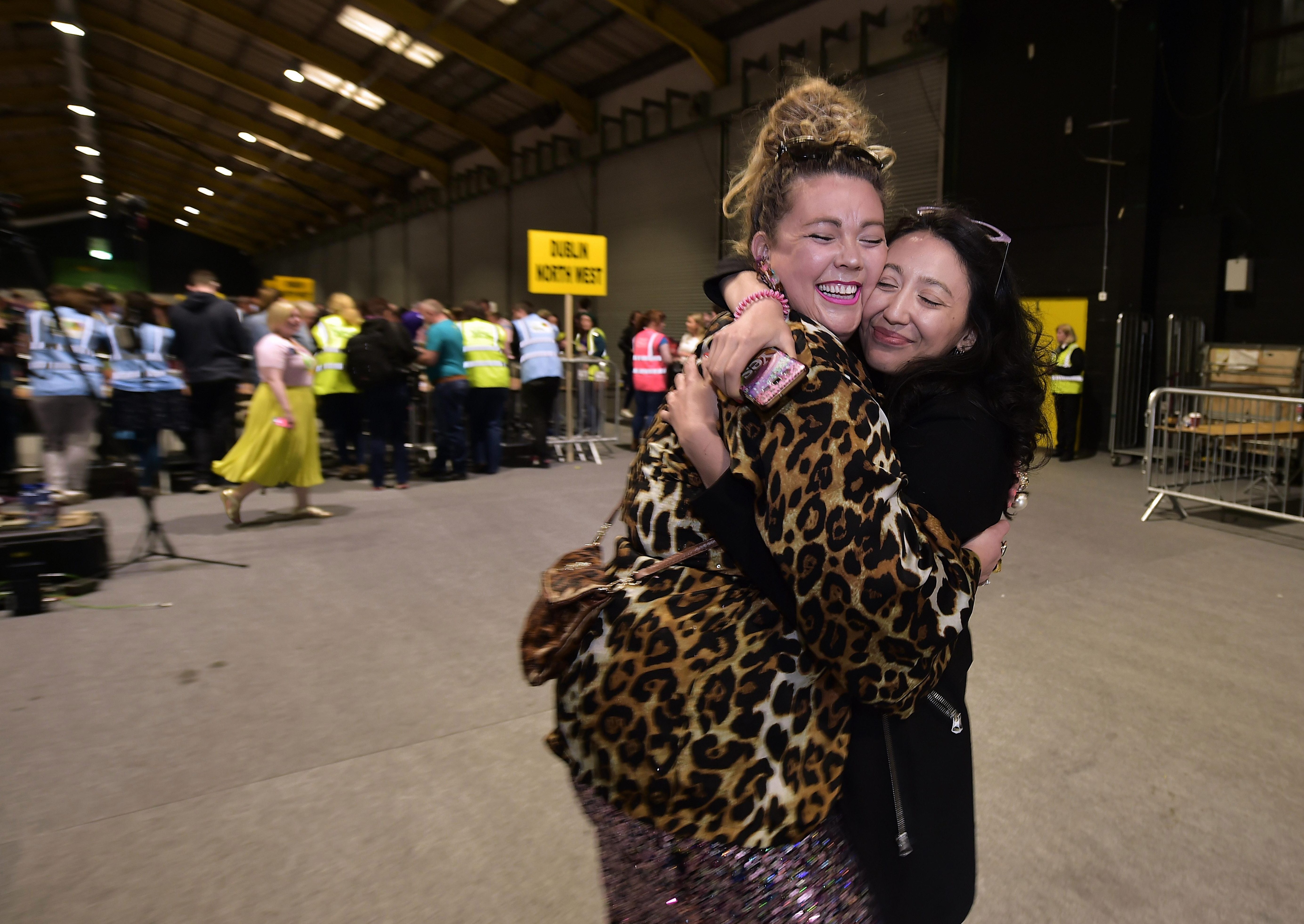 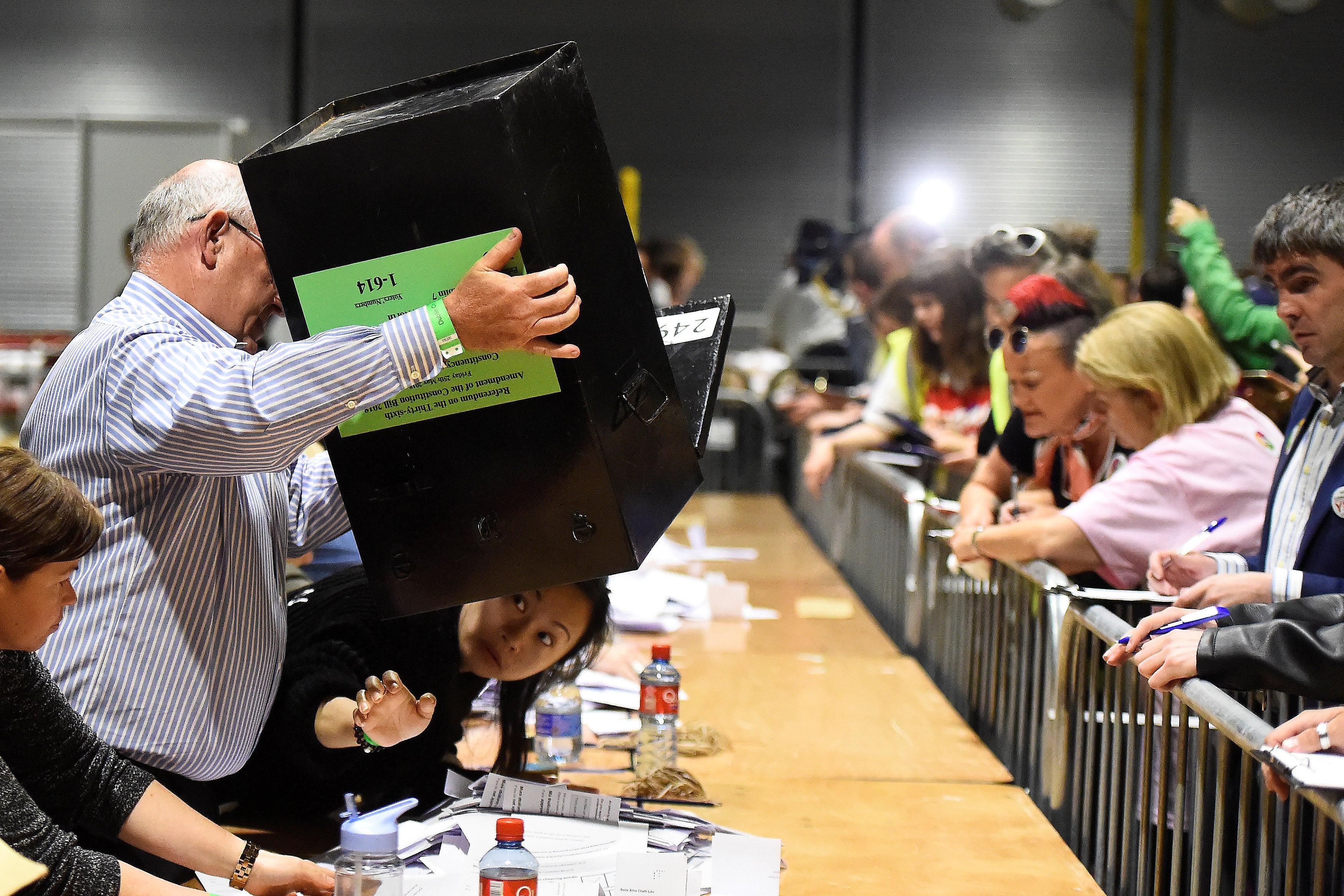 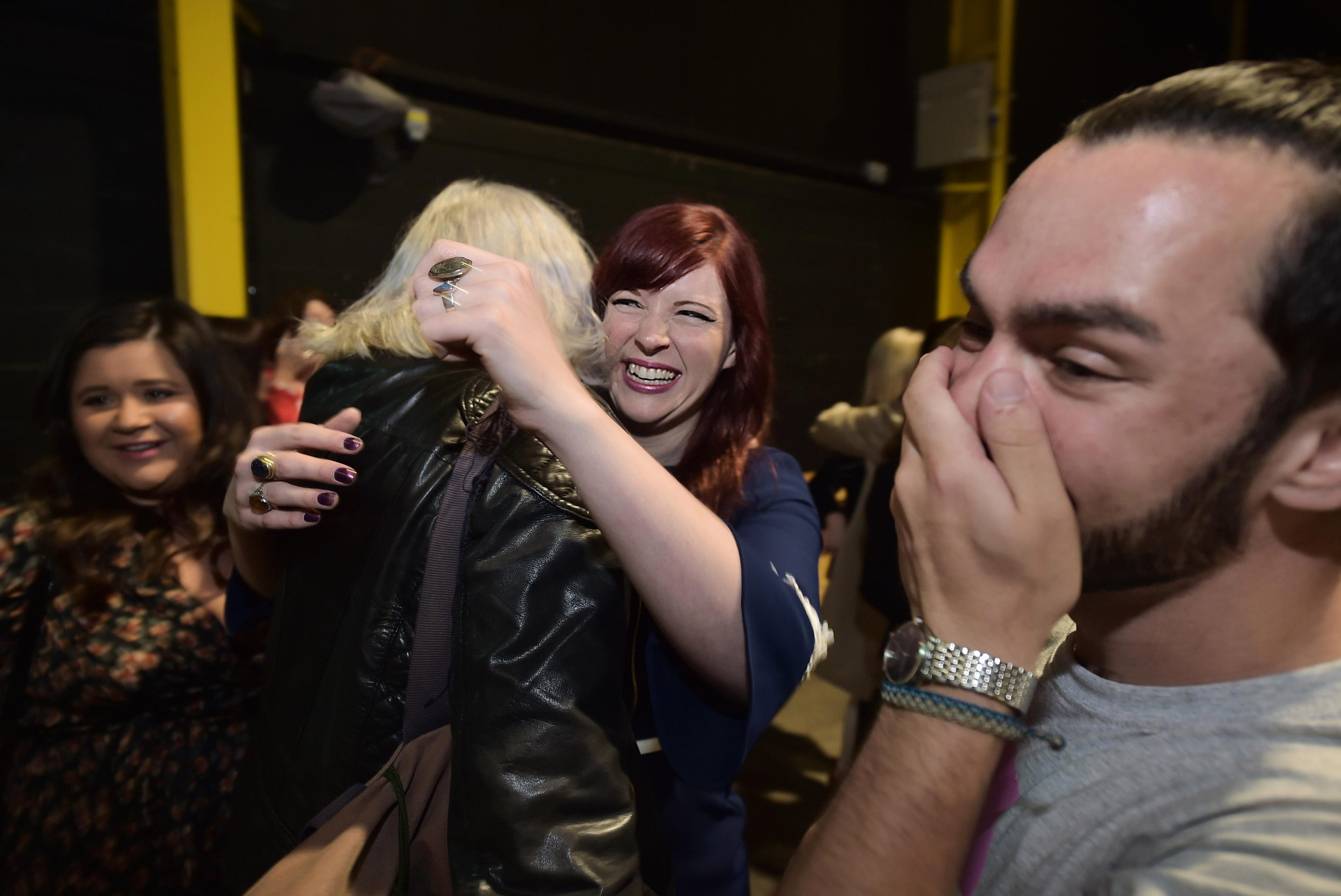 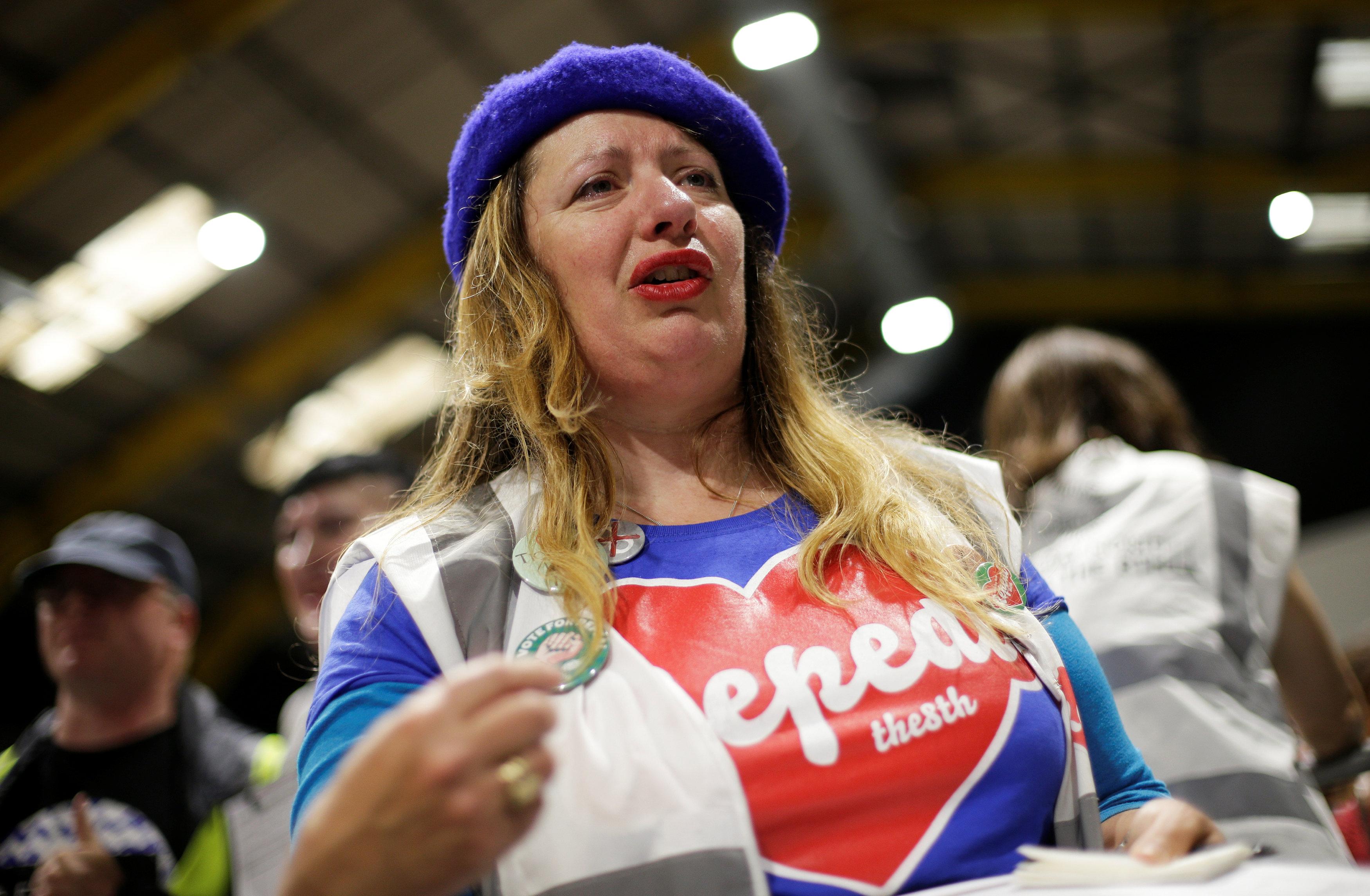 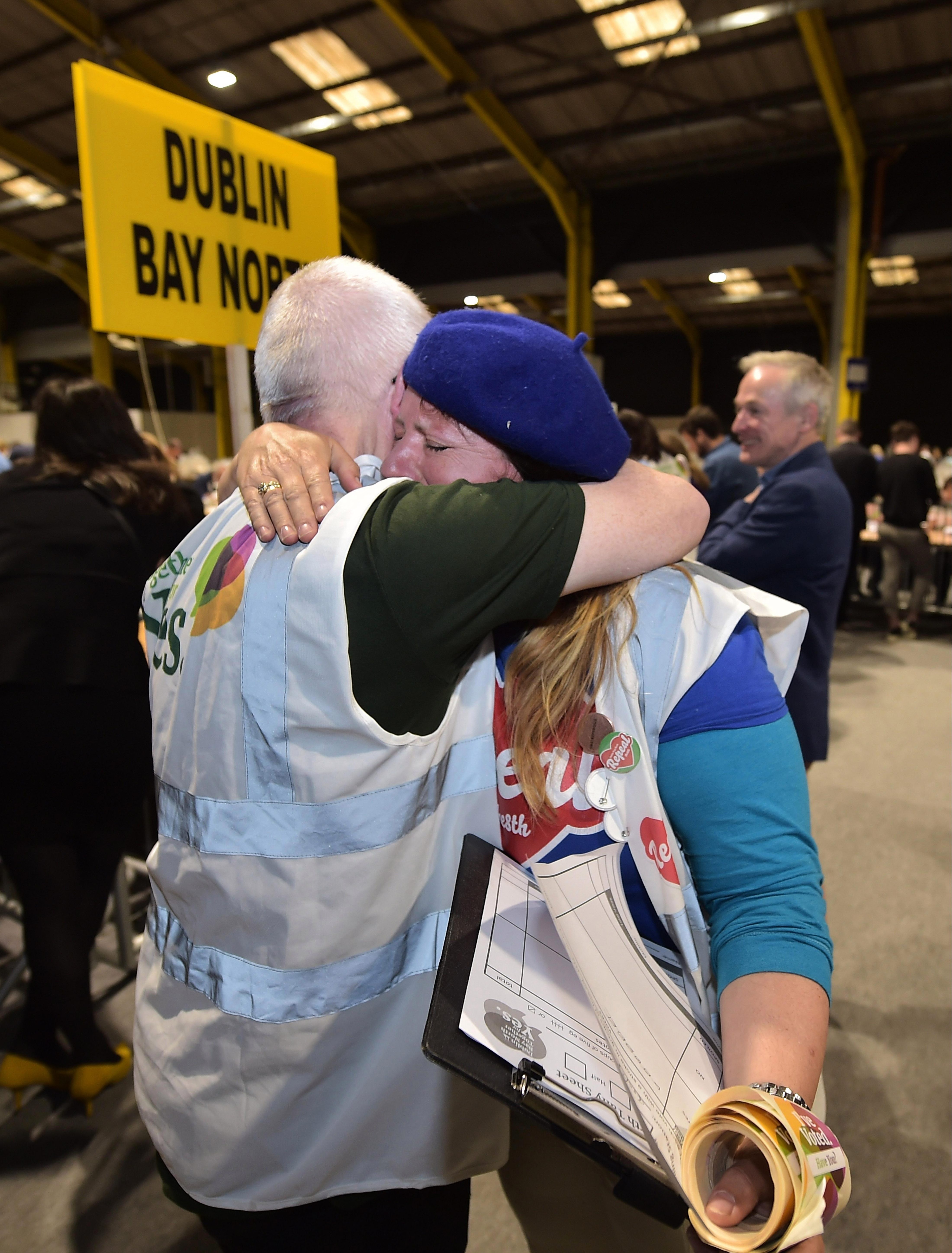 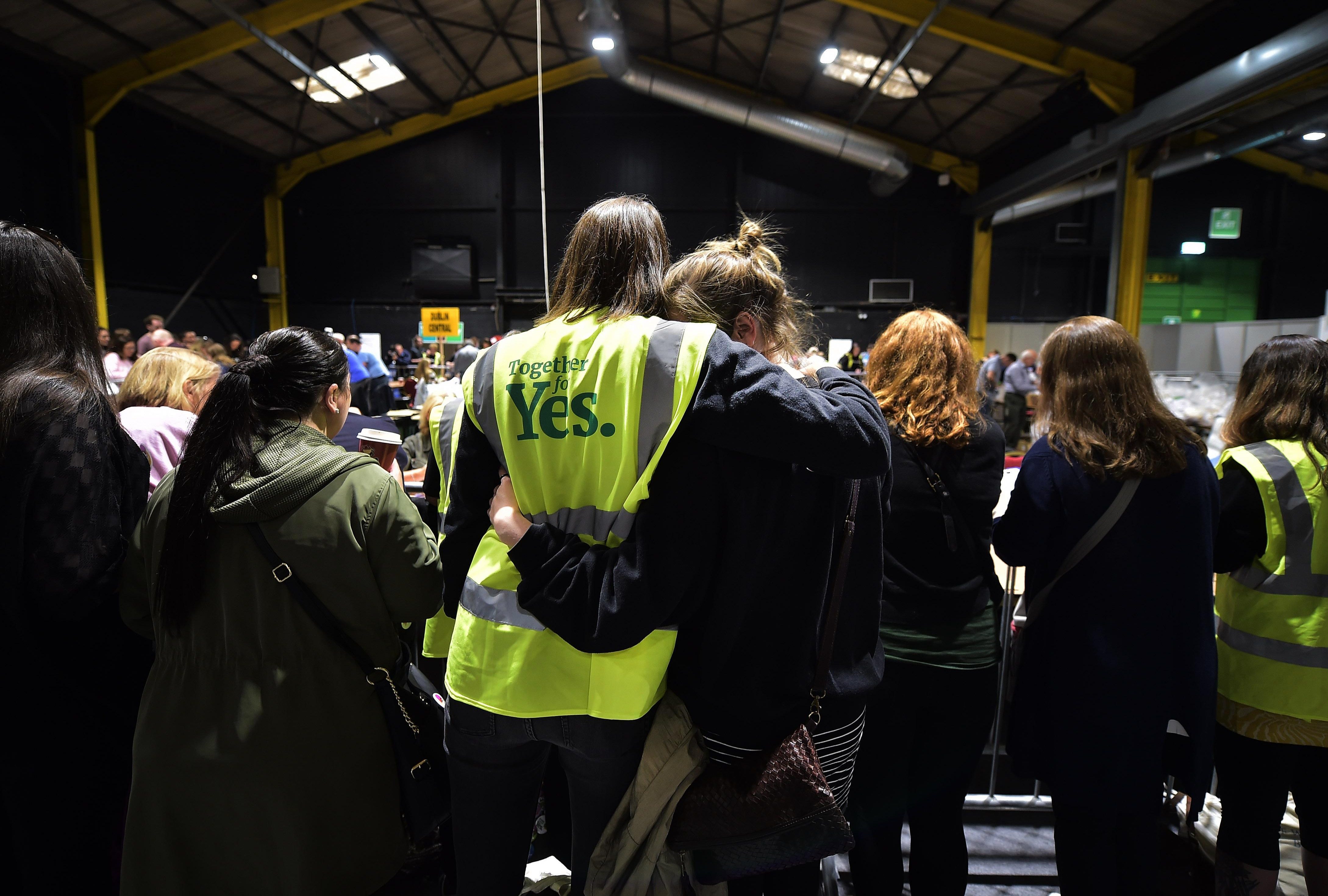 Voters queued throughout the day in the blistering sunshine with one of the highest reported turnouts for a referendum.

Counting is underway, and while a formal result is not due until later in the day, the data already suggests that Ireland is on the cusp of a defining moment in its history. 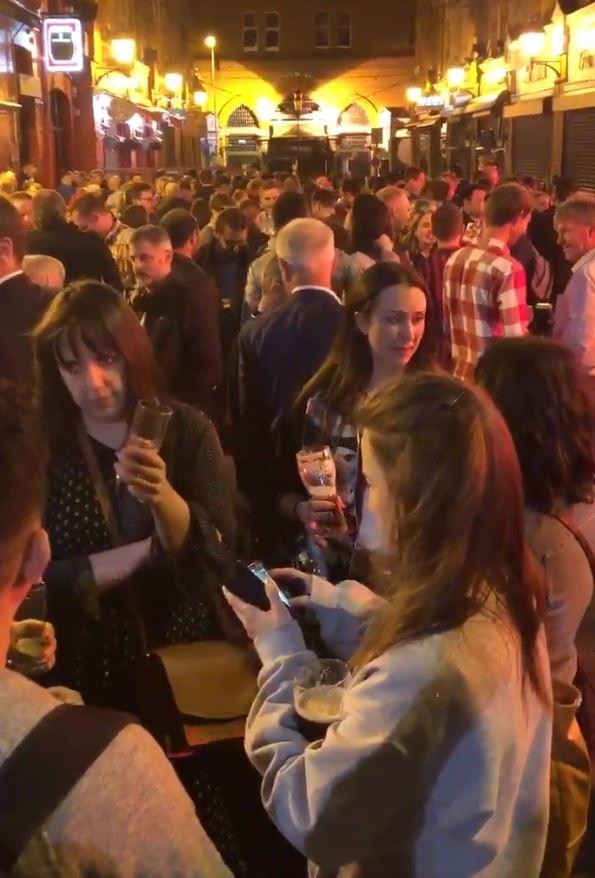 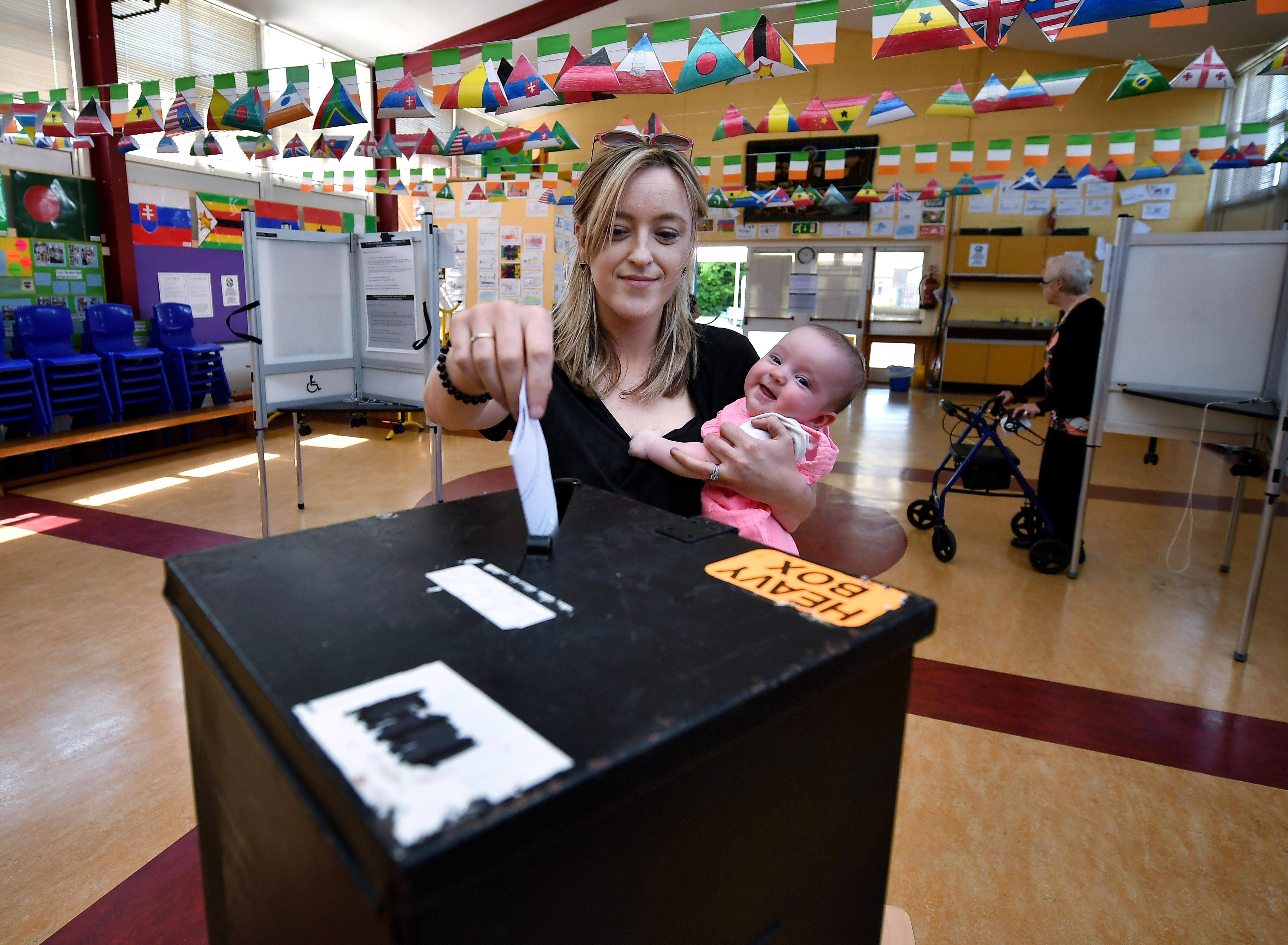 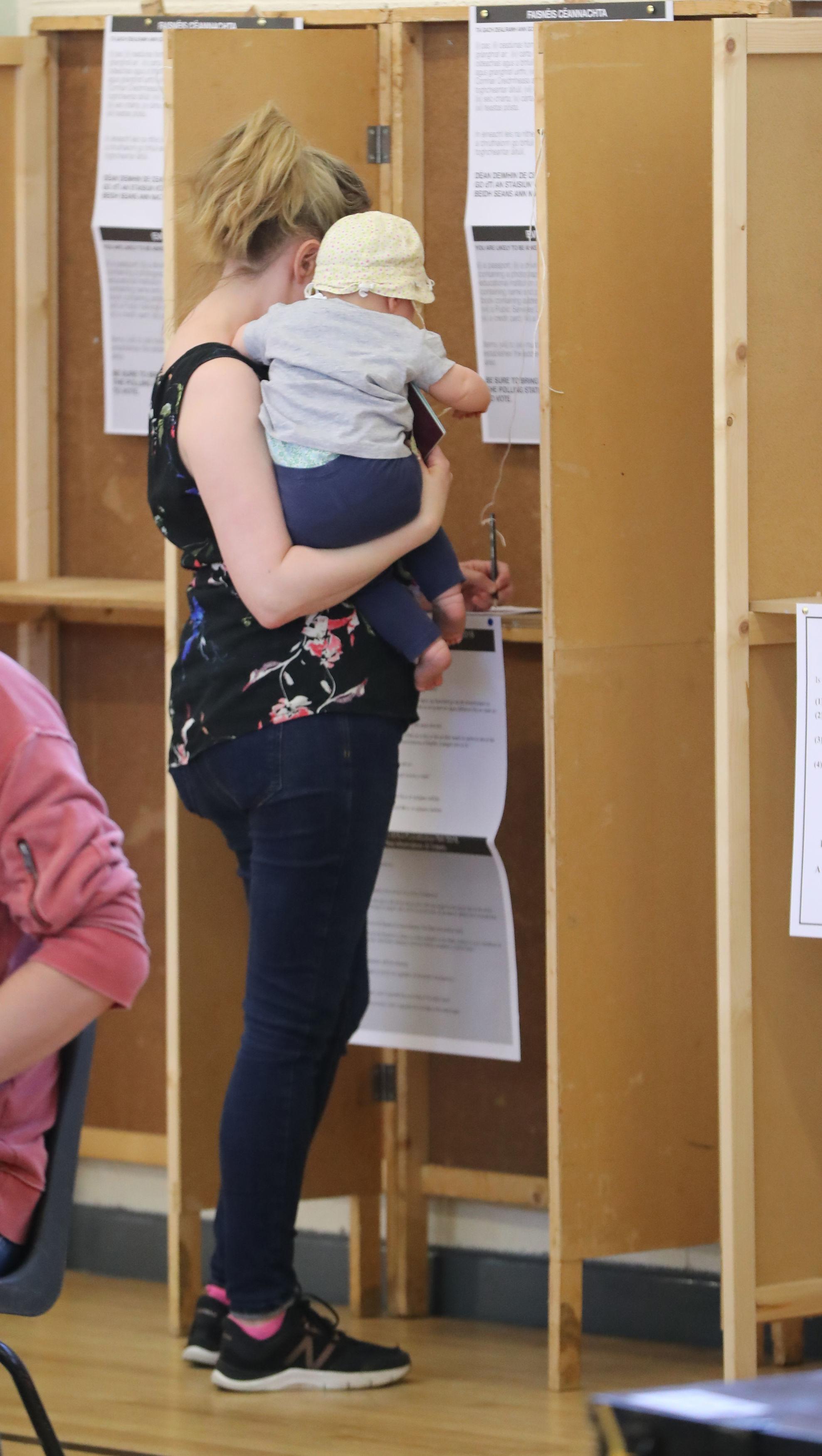 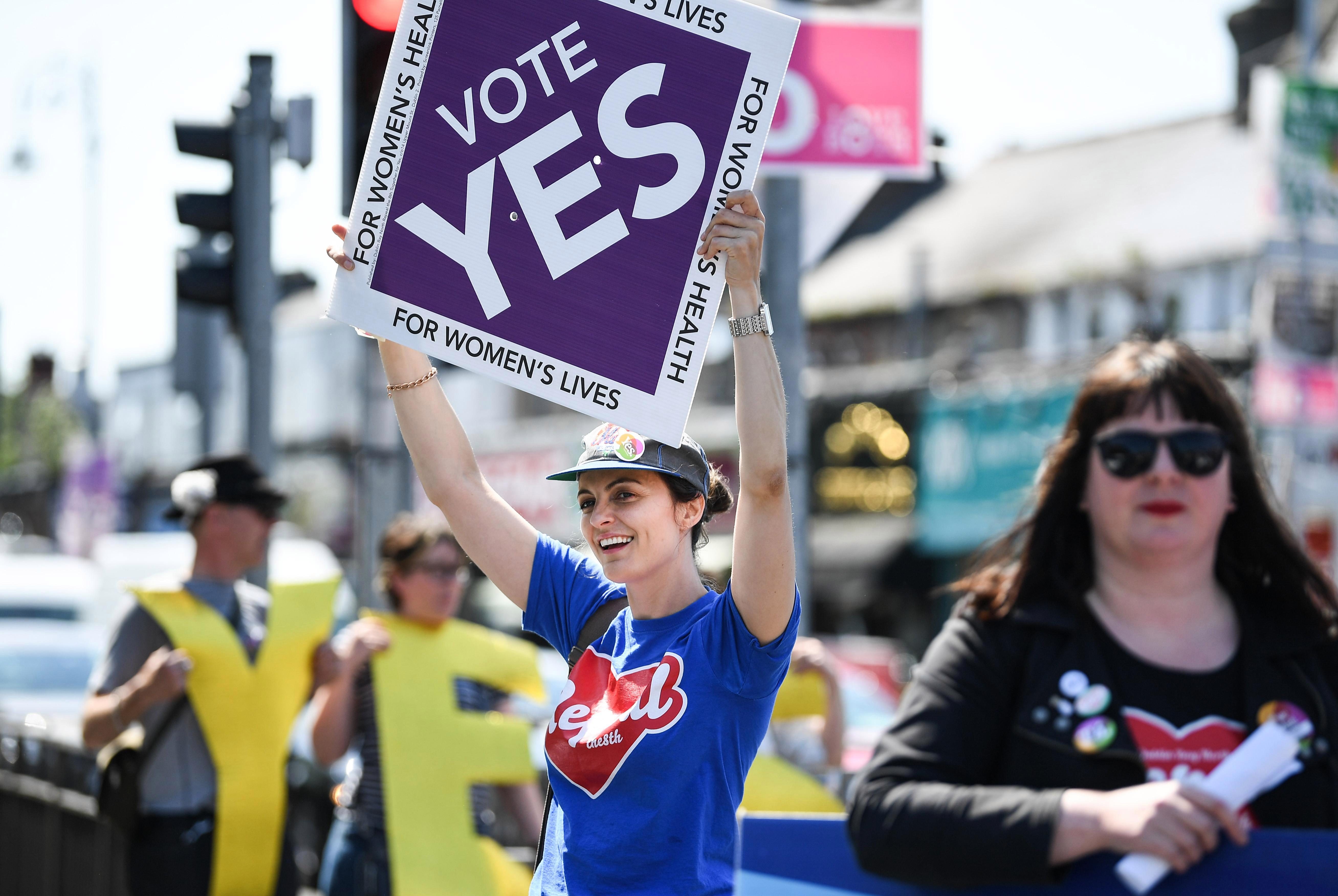 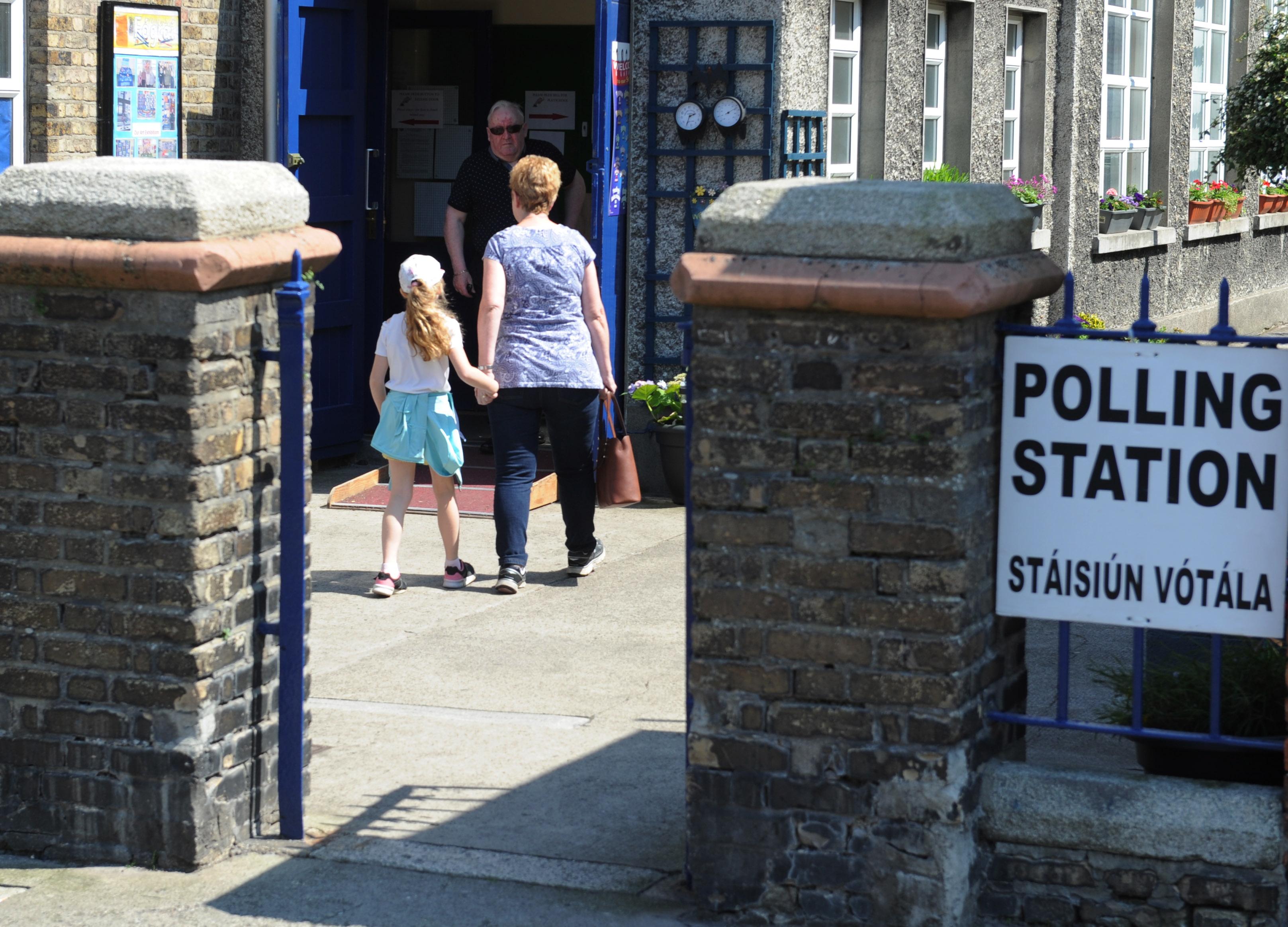 An exit poll, conducted by Ipsos/MRBI for The Irish Times, suggests the margin of those in favour of liberalising the law will be around 68 per cent to 32 per cent.

The paper, which quizzed 4,000 voters leaving booths on Friday, says there was a huge difference in the views held by young and old voters. 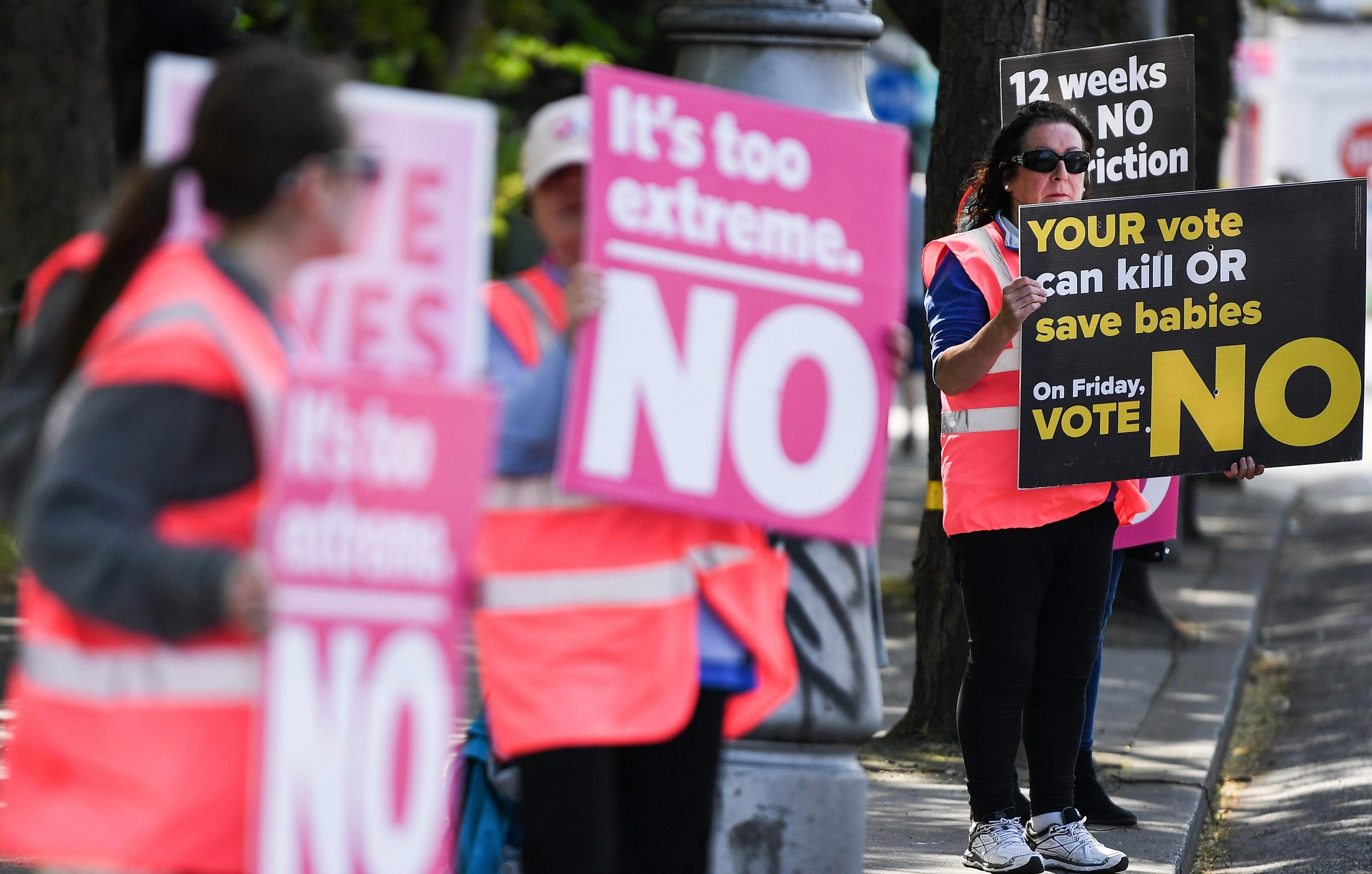 Irish author Marian Keyes was – who changed her Twitter handle to Marian KeYES for the vote – was among the first celebrities to react on Twitter.

Welcoming the exit poll's findings, she wrote: "Oh my god Lads! Exit poll shows 68% voted YES! Can exit polls be trusted? If so, THIS IS GREAT THANK YOU, EVERYONE!!!"

Irish comedian and television presenter Dara O Briain expressed his surprise, tweeting simply "Janey mac", having earlier tweeted: "G'wan Ireland. This is a big day, and we're all thinking of you. #yesyesIsaidyes" 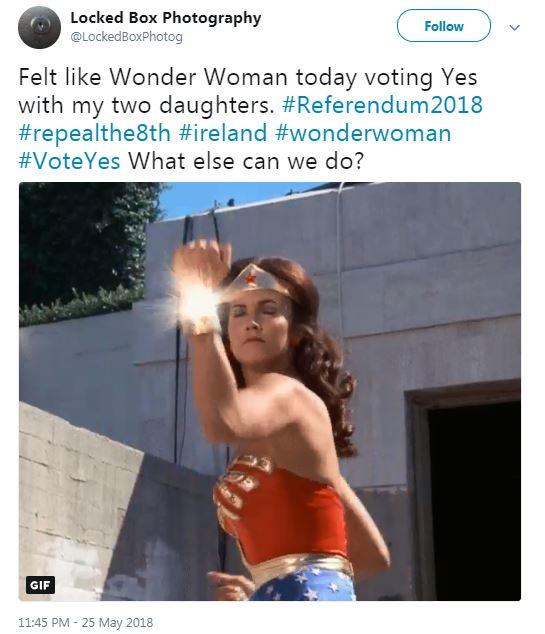 Irish comedian Ed Byrne tweeted: "I really wish I had it in me to simply rejoice in a victory for Irish women, but I can't help but delight in this being a defeat some of the most despicable people in Ireland."

He tweeted: "Tearing up in work at reports of the exit poll. Those silent legions of poor, scared, lonely women. All of that coldness and shame. Please let it end now with a single, strong, healing heart. x."

Voters in the once deeply Catholic country were asked if they wish to scrap a 1983 amendment to the constitution that gives an unborn child and its mother equal rights to life. The consequent prohibition on abortion was partly lifted in 2013 for cases where the mother's life is in danger.

Ireland legalised divorce by a razor-thin majority only in 1995, but became the first country to adopt gay marriage.

But no social issue has divided its 4.8 million people as sharply as abortion. 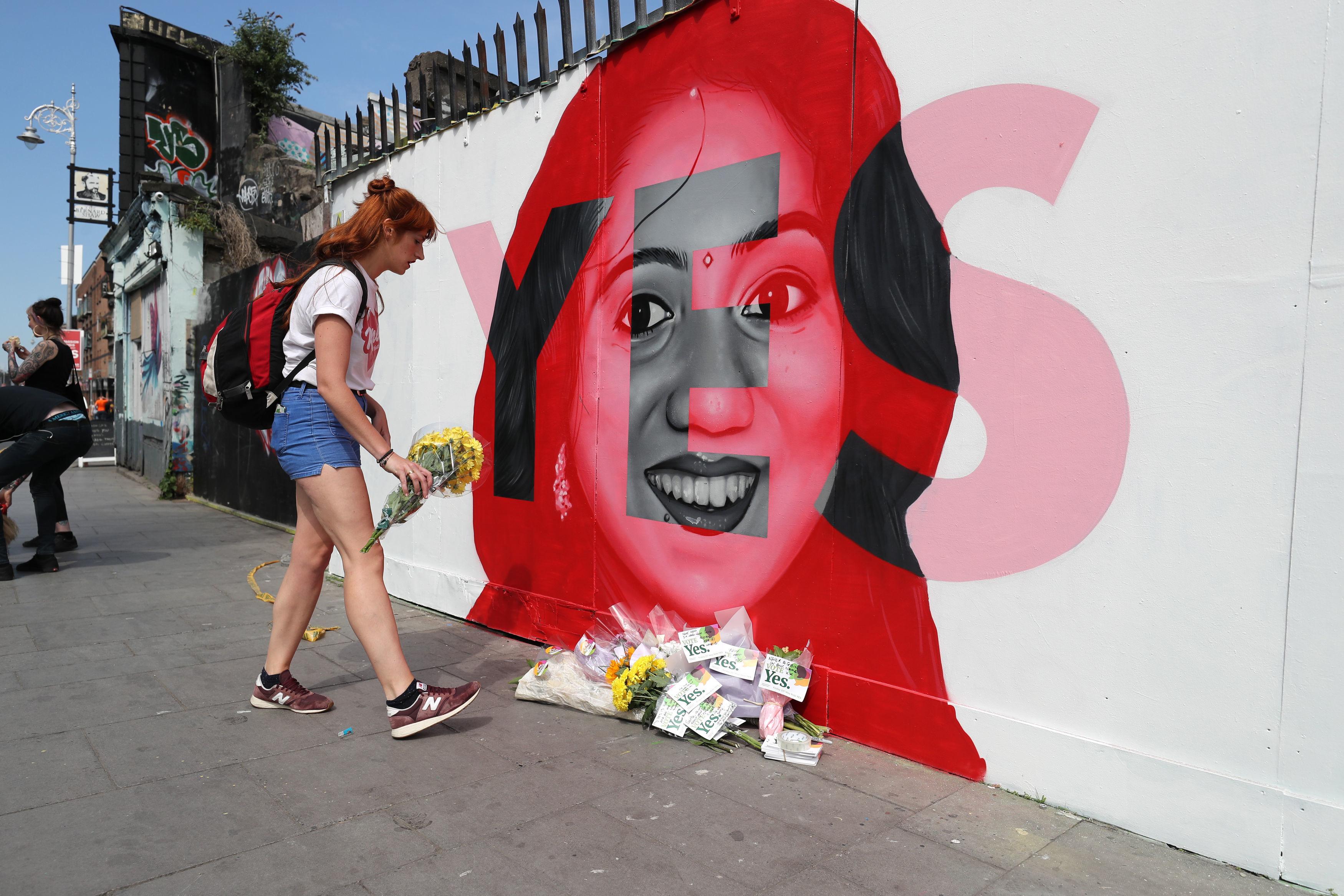 It was pushed up the political agenda in 2012 following the death of a 31-year-old Indian immigrant from a septic miscarriage after she was refused a termination.

"Yes" campaigners have argued that with over 3,000 women travelling to Britain each year for terminations – a right enshrined in a 1992 referendum – and others ordering pills illegally online, abortion is already a reality in Ireland.

Although not on the ballot paper, the "No" camp has seized on government plans to allow abortions with no restriction up to 12 weeks into a pregnancy if the referendum is carried, calling it a human rights issue and a step too far for most voters. 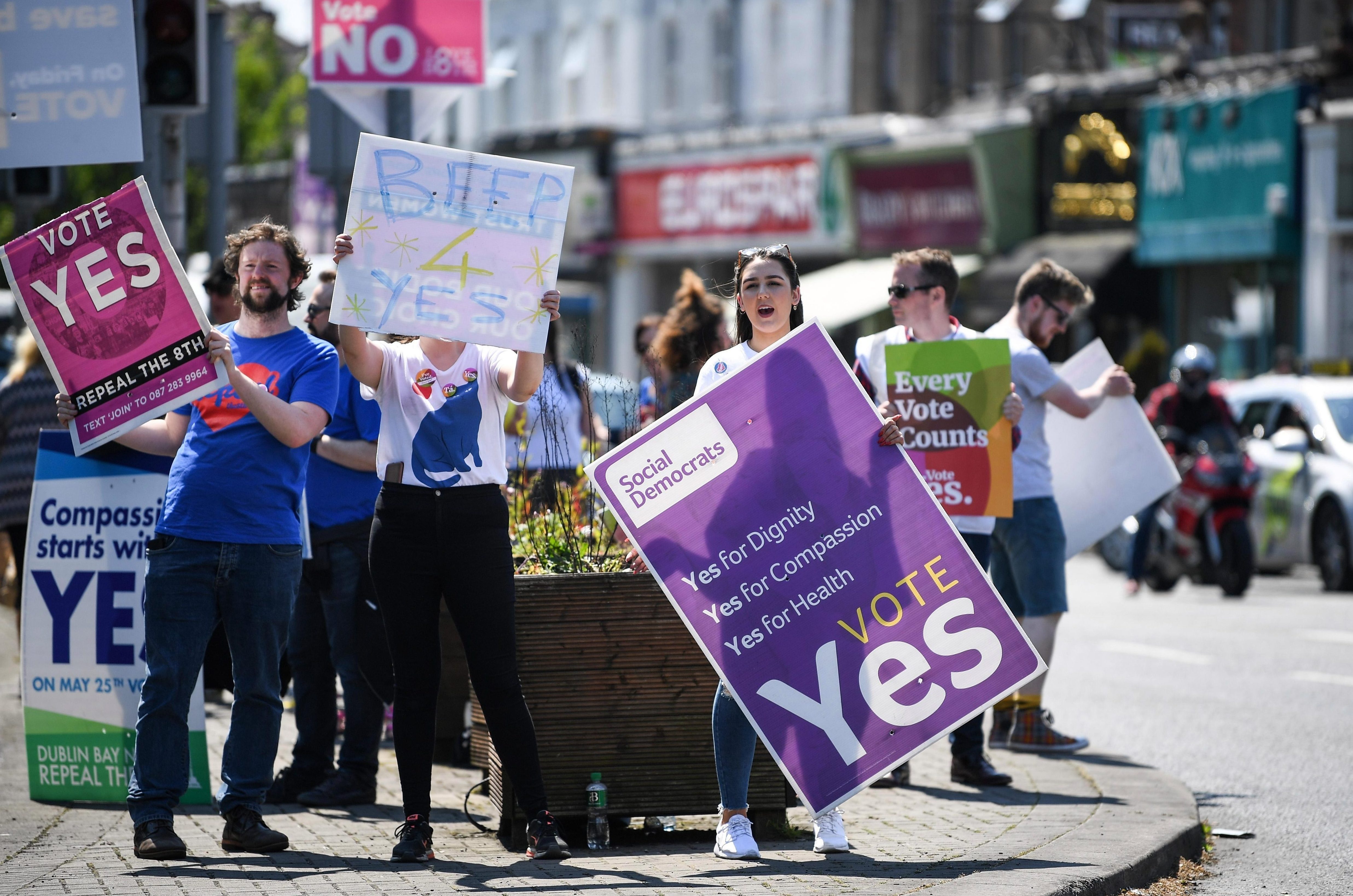 Ireland does not allow expatriates to vote via post or in embassies but those away for less than 18 months remain on the electoral roll.

As with the gay marriage referendum, those using the #hometovote hashtag on Twitter appeared overwhelmingly to back change.

Many posted photos of themselves wearing sweatshirts bearing the "Repeal" slogan.