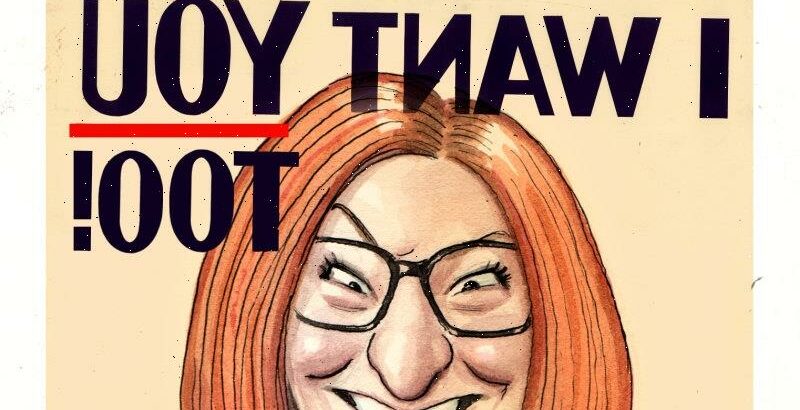 Could Daniel Andrews’ cabinet be headed for a refresh?

That’s the view in some Labor wings who are prepped for more ministerial retirements ahead of the November poll.

All eyes are on long-serving ministers Lisa Neville and Martin Pakula who have racked up a collective 36 years in state parliament. Both have nominated for preselection but Labor sources believe both may not recontest. 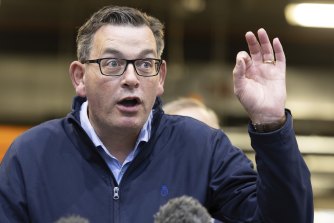 Daniel Andrews – is he going for a shake-up.Credit:Alex Ellinghausen

Planning minister Richard Wynne has already said this term will be his last. Along with Neville, Pakula, Jacinta Allan, Tim Pallas and James Merlino, these ministers have been the spine of the Andrews government.

This would allow the premier to draft fresh faces onto the front bench and provide an exit point for any retiring ministers.

Doing so would avoid an unwanted situation in which several key ministers bowed out all at once just before the election, which could send negative signals about the government’s longevity in what may be a tighter-than-expected poll.

Many Labor types expected Pallas would quit, but this is now viewed as an outside chance. A ready-made replacement to manage the state’s debt-filled coffers isn’t apparent just yet, with potential successors like Assistant Treasurer Danny Pearson still cutting his ministerial teeth.

Pakula – minister for sport, racing and other topics that personally interest him – is preselected to replace Adem Somyurek in the upper house. But some doubt whether he will ever make the move.

If a reshuffle does occur, state Labor may have an election year brawl on its hands because some sub-groups within the right faction may lose cabinet spots to other groups that are on top in the ever-shifting factional landscape. Andrews may hold off making changes until after the election to avoid bloodshed.

Any ministerial movements will come on top of the 11 Labor MPs already moving on in November, representing a new generation for the Andrews (or was that the Allen? Or Merlino?) government. 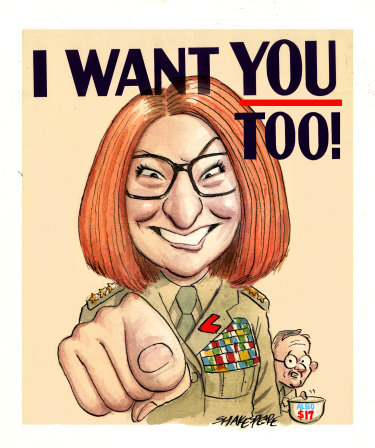 Julia Gillard’s post-political appointments on the Wellcome Trust and International Institute for Women’s Leadership in London have kept the vaunted former Labor leader out of view for most of Anthony Albanese’s 2022 federal campaign.

But PM27 has finally raised her head above the parapet to tap Labor’s faithful for donations for an election kick finish. The email titled “Helping out an old friend” landed in inboxes late last week. In it, Gillard emphasises the opposition’s commitment to childcare along with a request for supporters to contribute $17 each to the campaign.

But the highlight is the insight she gives into what she calls a decades long friendship with fellow Left faction colleague Anthony Albanese.

“I have known Anthony for nearly 30 years (yes – that long!) We both look pretty different to what we did back then… but what strikes me about Anthony is what hasn’t changed,” Gillard writes. “The same values of decency and integrity. The same priorities of fairness and opportunity. The same proven ability to lead and to deliver on what matters.”

“When I needed somebody to get something done in government, I knew I could rely on Anthony for a hand.”

Which is one way of looking at things if you consider Gillard could always rely on Albo for a hand except when he was going to vote for alternate party leader Kevin Rudd.

Throughout Gillard’s tenure as a senior party figure under Rudd and then as party leader, Albanese made no secret of the fact that his was a vote for Rudd. Recall the reflections Gillard gave to Karen Middleton’s 2016 biography, Albanese Telling it Straight, on the shifting loyalties in the party during the Rudd-Gillard government.

“It got to the point where it was really not possible for him to be completely transparent and truthful with me, as well as playing the role for Kevin that Kevin wanted them to play,” the former PM told Middleton. Nevertheless, it was Albo in Gillard’s minority government who won over crossbench MPs to support virtually all of Labor’s legislative program. He also kept his infrastructure and transport cabinet posts during Gillard and both Rudd governments.

Of course, the Libs also went for the old-is-new-again tactic last week when its campaign team leaned on party living legend John Howard to lend some heft to a final stretch donations drive. “We need your support,” the former prime minister told Liberal faithful in an impassioned call to arms sent on Thursday which praised Scott Morrison for attention to detail while arguing that Albo “doesn’t understand the detail.”

But the text of the email was secondary to the two separate links embedded in the fine print ready to spirit supporters to a donations portal. And now it’s apparent just how much the party wants the cash. Over the weekend, Finance Minister Simon Birmingham – who leads the government in the Senate – went back to reinforce the point with another, equally unassuming email: “I wanted to make sure you saw this important email from Mr Howard highlighting the very important choice that Australians face at this election,” his email read. “I know we can count on your help.” Guess that’s Liberal speak for Dig Deep.

But if we’re talking deep pockets, there’s nothing like a Mark Zuckerberg endorsed election ad spending tracker. Advertising data for social media spending compiled by Facebook reveals that Clive Palmer’s United Australia Party is still topping the cash splash across platforms including Facebook and Instagram for the three months to mid-May.

Palmer’s UAP has splashed out $535,000 on social media advertising compared to the Simon Holmes a Court-led Climate 200 which has spent $322,000 in the 90-day period. Under threat Treasurer Josh Frydenberg has thrown $178,000 trying to win over voters online while the man-behind-the-billboard Clive Palmer has spent an additional $125,000 promoting himself and his slogan “Put Australia First” with the bulk of spending roughly split between New South Wales ($37,000) followed by $33,000 in Queensland and $30,000 in Victoria. Readers will recall the warning-sign yellow themed UAP has continued to top social media spending since the election’s earliest days along with Climate 200 and well-resourced independents in marginal seats including Monique Ryan in Kooyong, Zoe Daniel in Goldstein, Kylea Tink in North Sydney and Allegra Spender in Wentworth.

For their part, the teals are still spending hand over fist. Ryan is up in Palmer territory having shelled out $125,000 in the past three months, while Tink and Spender are marginally behind at $83,000. Daniel is less enthusiastic online. Her campaign has dropped a mere $8000 on ads in the same amount of time.

But there’s a new entrant in the spending stakes. Aunty support group ABC Friends has now splashed $104,000 in the past 90 days on a series of ads urging voters to sign a petition and to vote to protect the broadcaster. The group has also published cameos from Aunty alumni, including foreign correspondent Phil Williams, veteran journalist Caroline Jones and former 7:30 host Kerry O’Brien who starred in a slick video released last week by ABC alumni urging voters to support candidates who will fight for the ABC. But you would have read all about that here.