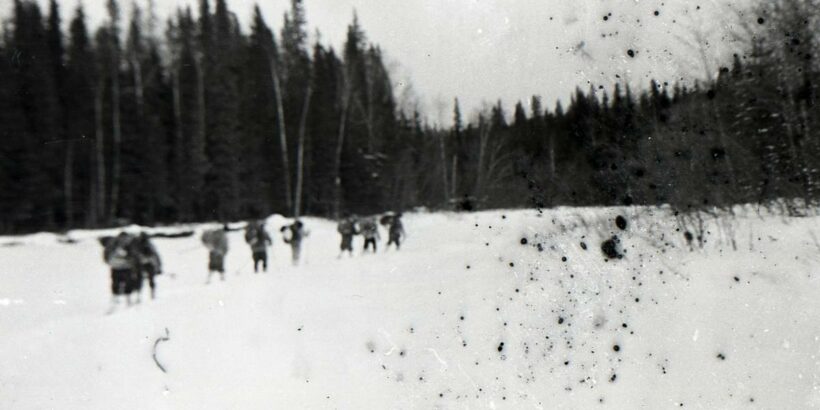 Was it UFOs? Yeti? The KGB? The riddle of who or what killed nine young hikers has inspired conspiracy theories for decades. Two scientists now say a natural disaster may be to blame.

What drove nine experienced hikers, some barefoot and almost naked, out of their tent and into the subzero cold and the tomblike darkness of the Russian wilderness in 1959?

When their bodies were found in a remote pass in the Ural Mountains, 62 years ago this week, no one could explain what — or who — had killed them.

That riddle has baffled investigators and inspired books, movies and TV shows for decades, but now two scientists believe they may finally have found an answer.

For some Russians, the enduring mystery has taken on the qualities of a national legend, which some call “Dyatlovmania,” after the leader of the group of young hikers, Igor Dyatlov. It’s an obsession that mixes rational research and wild conspiracy theories, some involving UFOs or yeti.

Many of the theories about what happened, whether relying on science or superstition, share a deep distrust of the state’s version of events, a scepticism of officialdom that is as prevalent now in Russia as it was in Soviet times.

Indeed, some blame the state directly.

Perhaps, they say, Soviet authorities killed the hikers because they had stumbled on a top-secret experiment. Maybe, others say, they were hit by debris from a weapons test that left the still-unexplained traces of radiation on their clothing.

In 2019, the government reopened the case and blamed an avalanche for the deaths. But authorities’ failure to offer much in the way of supporting evidence left many unconvinced.

Now, however, two scientists based in Switzerland are making the same case — and backing it up with models and data.

In a study published in January in the journal Communications Earth & Environment, the scientists posit that an avalanche — albeit a highly unusual one — could indeed have pummelled the hikers’ camp.

Still, even they do not claim to have solved the mystery definitively, but only to have put forth a quantifiable explanation more plausible than monsters and with more proof than the theory that the nine were mutilated by deranged escapees from a gulag.

“We don’t want to pretend that we have solved it,” said Johan Gaume, a professor at the Snow and Avalanche Simulation Laboratory at the École Polytechnique Fédérale de Lausanne in Switzerland and a co-author of the study. “There are so many things around it that will never be explained.”

Searchers found the remains of the hikers — university students, seven men and two women, looking to test their physical endurance on the long winter hike — scattered hundreds of yards from their tent. Its half-collapsed canvas was slashed open by a blade, apparently from the inside.

Although autopsies determined that hypothermia was the main cause of death, three of the hikers had suffered serious blunt-force injuries, including broken ribs and a fractured skull. Two bodies were found without eyes, and one without a tongue.

“When we talk about mystery, we tend to think we don’t know almost anything,” said Dmitry Kurakin, a sociologist who has studied the Dyatlov case. “Here there’s tons of information — photos, diaries, official documents. But in this rich array of information, it’s very hard to find the truth.”

Not long after the original investigation, Soviet investigators classified the case files.

As a result, few outside the Urals knew of the so-called Dyatlov group until decades of official silence broke with the disintegration of the Soviet Union.

In 1990, a retired Soviet investigator on the case published his own theory, blaming a “heat ray or strong but completely unknown energy.” This was followed by a cottage industry of rumours, tall tales and conspiracy theories that took shape alongside that decade’s financial crisis, flourishing corruption in the Boris Yeltsin years and new revelations of official malfeasance and Josef Stalin’s repressions.

“When the state would say, ‘Yes, we covered this up; here are the crimes of Stalin,’ you would think that might inspire confidence in getting the truth out,” said Eliot Borenstein, a professor of Russian at New York University. “But really the opposite happened. It felt like the biggest confirmation you can get when the state admits its lies. Everything about perestroika really undermined any argument for objective truth that you can verify.”

Conjecture and fantasy flourished in the early internet age, with all sides of the debate — whether those pointing fingers at the KGB or missile tests or panic-inducing infrasound — agreeing that the original Soviet investigation’s conclusion that “the influence of a compelling natural force” had killed the hikers was unsatisfactory.

Then, in 2013, the original lead investigator pushed at the age of 94 to have the case reopened, saying top officials in Moscow had pressured him at the time to declare an accident as the tragedy’s only cause.

Last year, a new federal investigation blamed an avalanche, an explanation rejected by many who have worked on the mystery on their own.

“It’s not an avalanche,” said Teddy Hadjiyska, who runs a website dedicated to the incident. “The wind blows all the time around there, there’s not sufficient accumulation of snow, and the slope is too low,” she said.

Gaume and his co-author on the new peer-reviewed study, Alexander Puzrin, a professor of geotechnical engineering at ETH Zurich, a research university, sought to address those points and others. They noted, for instance, that more than three weeks passed before the tent was found, enough time for winds to hide evidence of an avalanche.

A bigger problem, skeptics say, is that the slope at the Dyatlov site isn’t very steep.

Gaume said that although there is a “general rule” that avalanches do not occur at angles less than 30 degrees, there can be exceptions. He and Puzrin developed a mathematical model to account for the winds and snow, and found that they could have produced a delayed small slab avalanche, about 5 meters by 5 meters. That might explain the brutal but not life-threatening injuries found on the bodies, they argue.

Scientists in Russia and outside it praised the study. It showed that “such a small avalanche — though extremely rare — is plausible, and that a small slide like this might cause some of the injuries of the victims,” said Karl Birkeland, an avalanche scientist with US Forest Service’s National Avalanche Center, who was not involved in the research.

Birkeland noted, though, that based on the low slope angle and photos of the terrain, an avalanche “would have had to be an extremely rare and unusual event.”

Gaume laid out a possible theory for how that winter night so long ago might have unfolded:

The hikers, struck by a sudden slab avalanche in the dark, struggled to escape their tent and help their injured friends. Barely dressed, they left in a hurry, maybe fearing another avalanche, and made their way toward a supply cache in the forest.

But disoriented and struggling in temperatures of around minus 40 degrees Fahrenheit, they got lost and succumbed. Some may have stripped the dead for any extra layer of warmth.

“It’s the story of nine friends who fought together against the force of nature,” Gaume said. “They didn’t leave each other.”

Although the avalanche theory does not account for the traces of radiation, some have suggested the levels were not abnormal, given the bodies’ long exposure to the sun at high altitude. Scavengers and decomposition could explain the missing body parts.

The study failed to convince Hadjiyska. She argues that a tree fell on the hikers and that local leaders bungled a cover-up to avoid retribution from their superiors. “Everything about this case is a madhouse,” she said.

Nor did the study convince Yuri Kuntsevich, who witnessed the group’s funeral when he was 12 and now runs a makeshift museum about the mystery in his apartment in Yekaterinburg, the closest big city to the pass. He said the idea of the experienced hikers making the mistake of installing a tent where an avalanche was even a remote possibility was “out of the question.”

For Kuntsevich, the hikers were heroes who refused to run away from some enormous, man-made — but admittedly still unknown — calamity. Nothing but foul play could explain the tragedy.

“They faced something terrible,” he said. “And they put up a fight.”