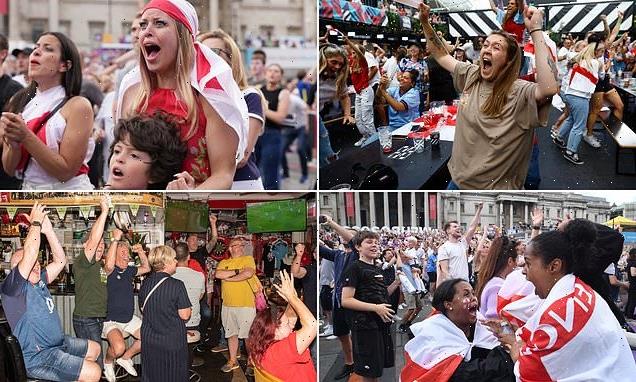 Is it coming home? Moment England fans across the country react with delight as Lionesses go 1-0 up

Fans have roared with the Lionesses as they stepped into the lead against Germany after super sub Ella Toone scored the match’s first goal.

Supporters could be seen screaming with joy and leaping into the air as Toone scored, as spectators in Wembley went wild.

Supporters wearing England flags and face paint in London’s Trafalgar Square were ecstatic as the point came in.

The Lionesses had been held by half time at the women’s Euros final, despite dominating the opening 45 minutes – but surviving a major Germany goal scare.

But the introduction of Toone had a near-instant impact as she broke to fizz a shot past helpless German keeper Merle Frohms.

It was almost the perfect start for the team as Fran Kirby found Ellen White but she headed it straight to the keeper. 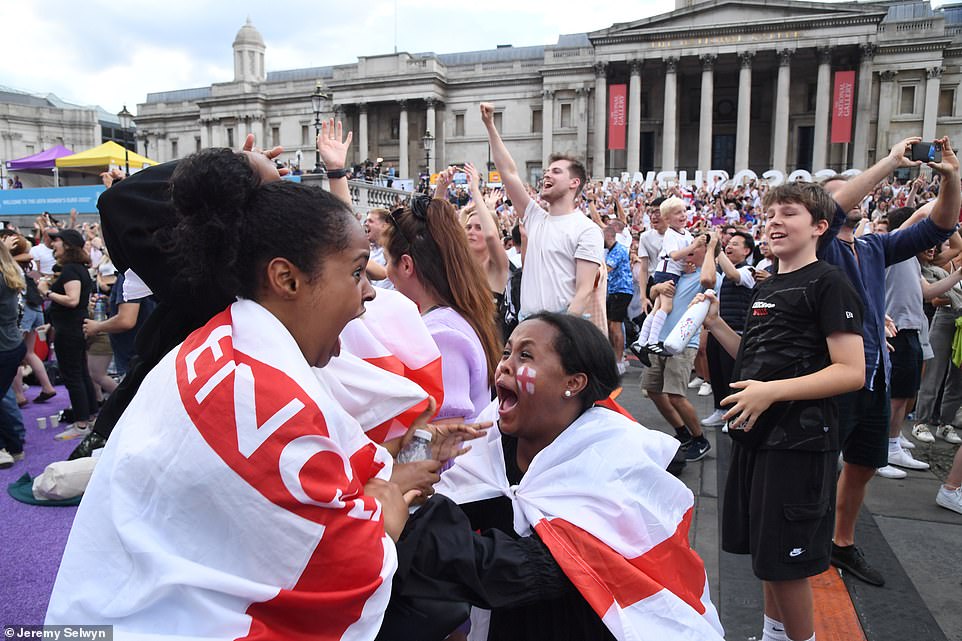 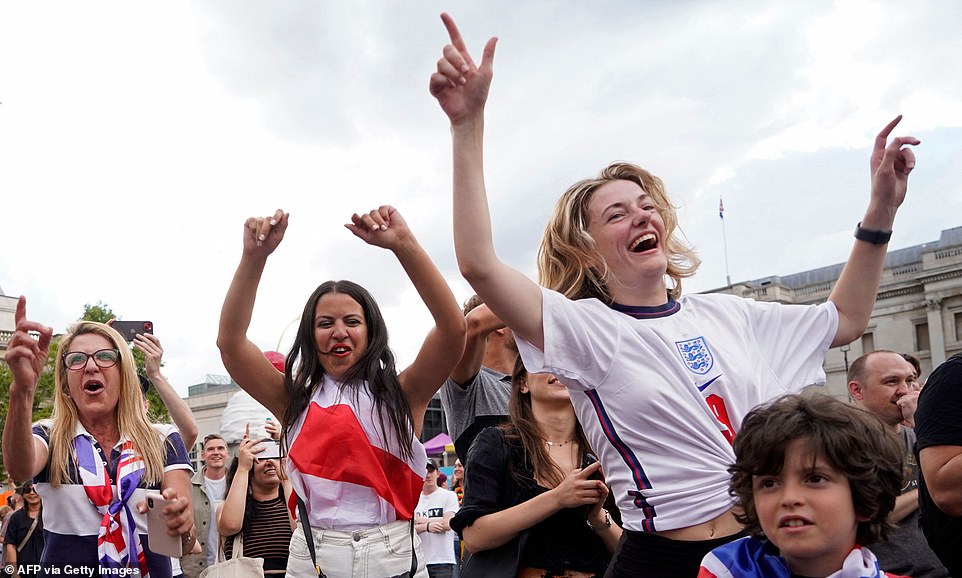 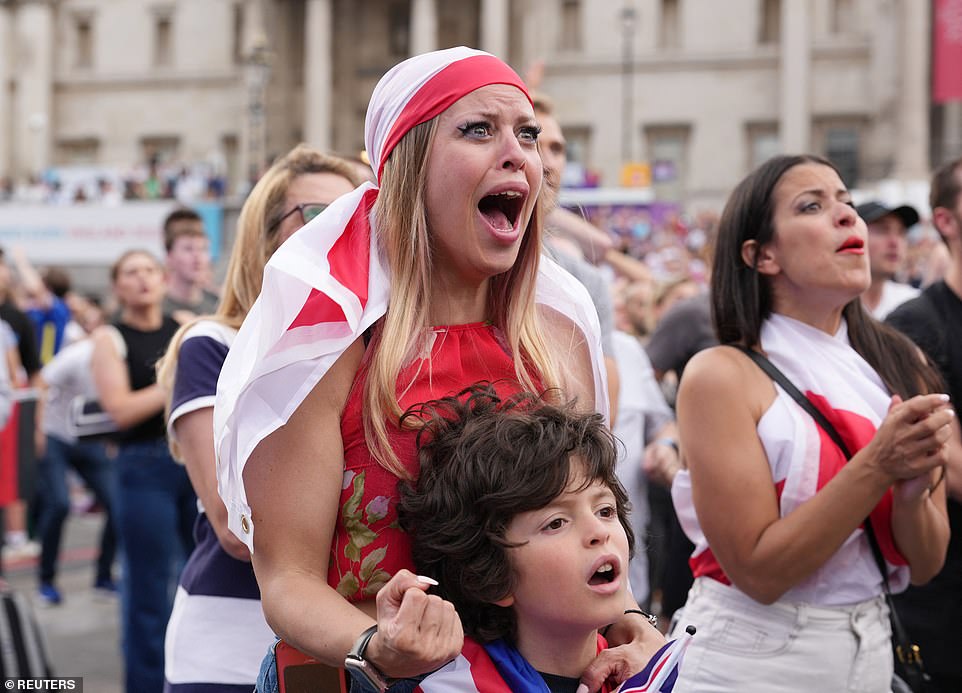 Fans scream and cheer with joy as Toone scored, as spectators in Trafalgar Square going wild 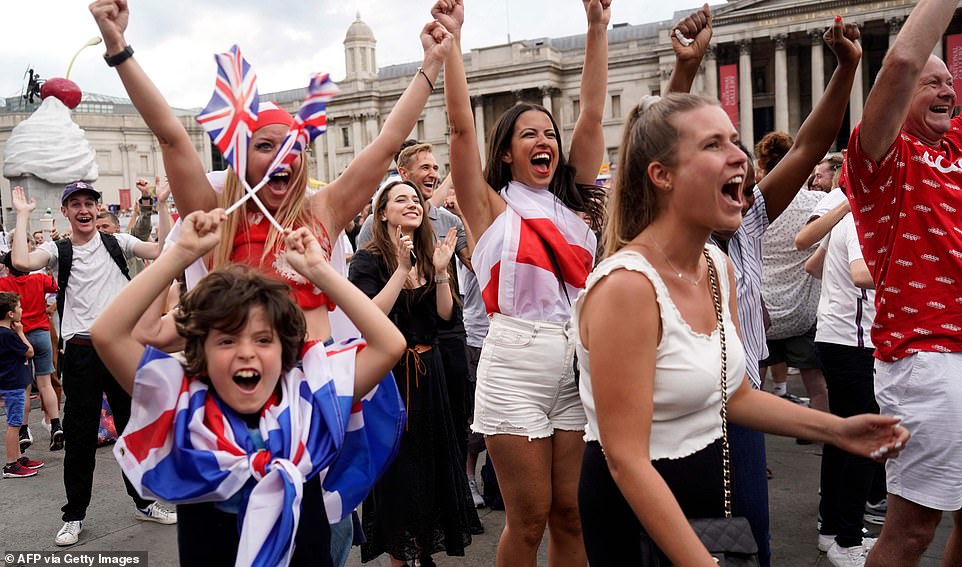 Supporters could be seen screaming with joy and leaping into the air as Toone scored, as spectators in Wembley went wild 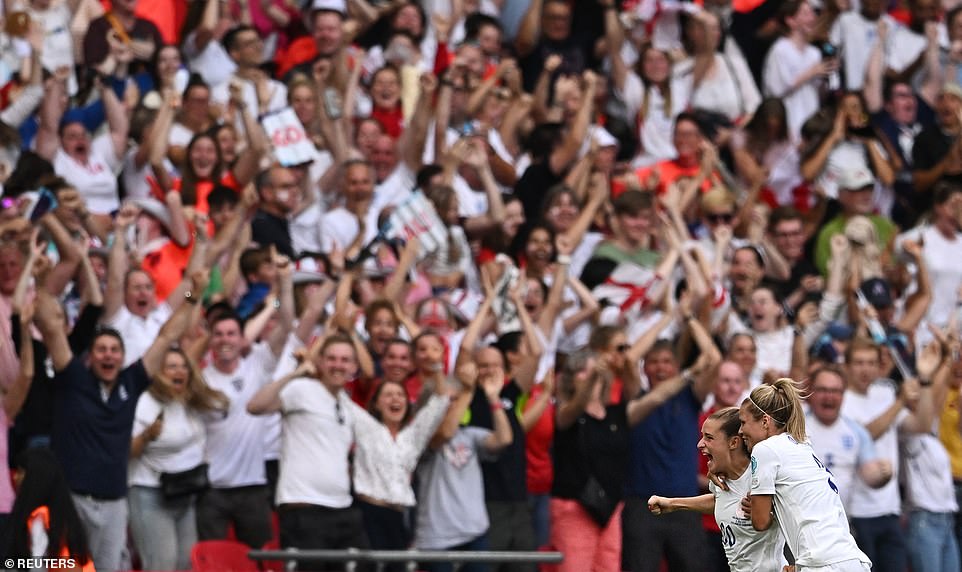 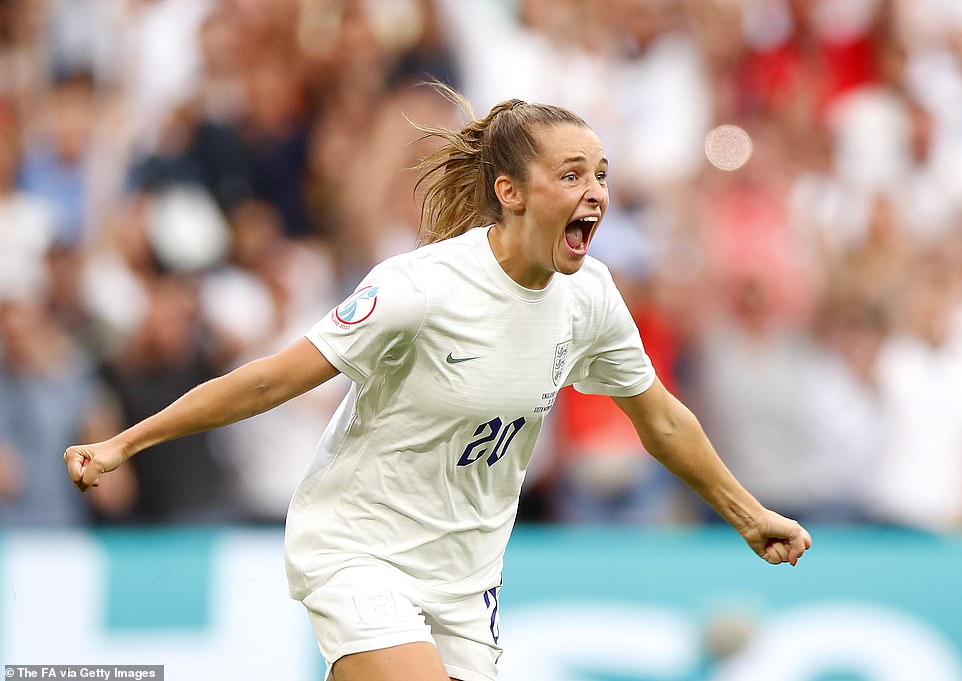 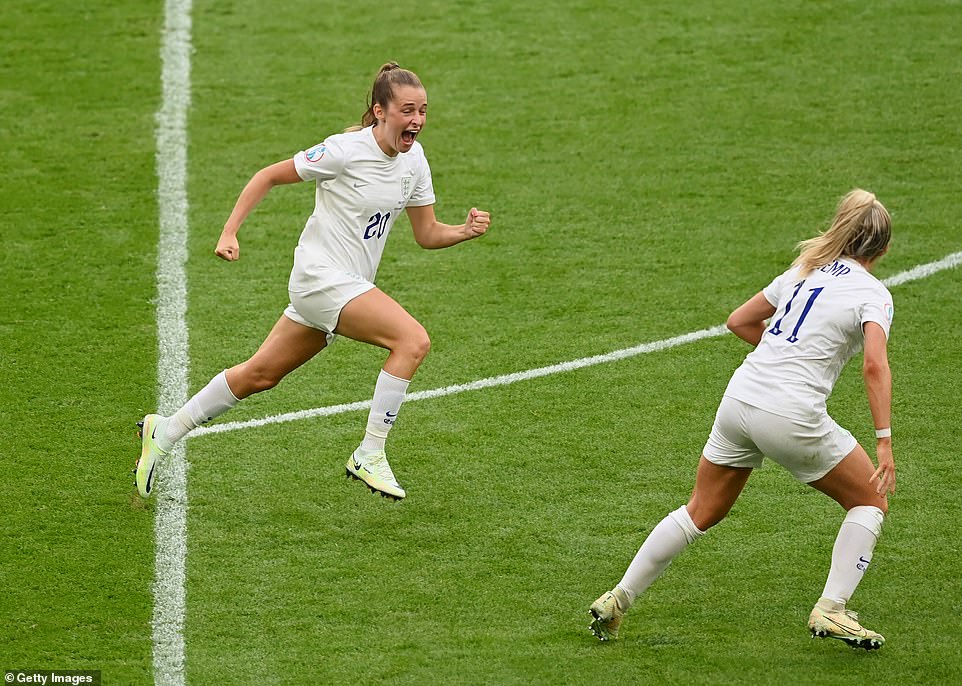 Later England put Germany under extreme pressure in the 18th minute after a series of corners threatened on goal, with Lucy Bronze’s shot nearly squeezing past Frohms.

The Lionesses had peppered her goal with chances throughout the first half and fans may have been forgiven for wondering how they were not at least 2-0 up.

But Germany were not without their own threat, with one effort prompting a desperate goalmouth scramble to deny them a goal.

England’s high-energy performance gave supporters plenty to hope for ahead of the final 45 minutes to come, with the match finely poised. 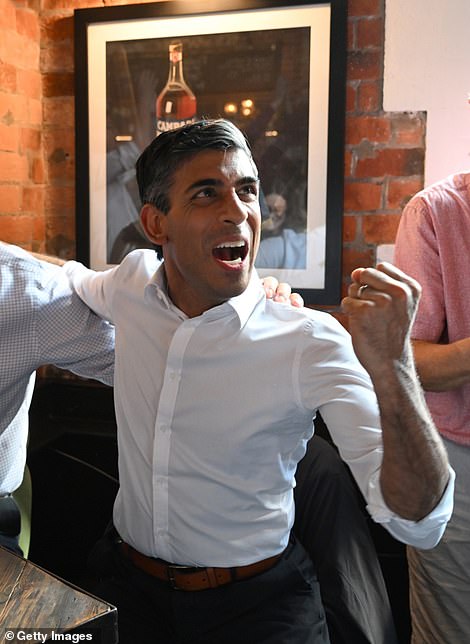 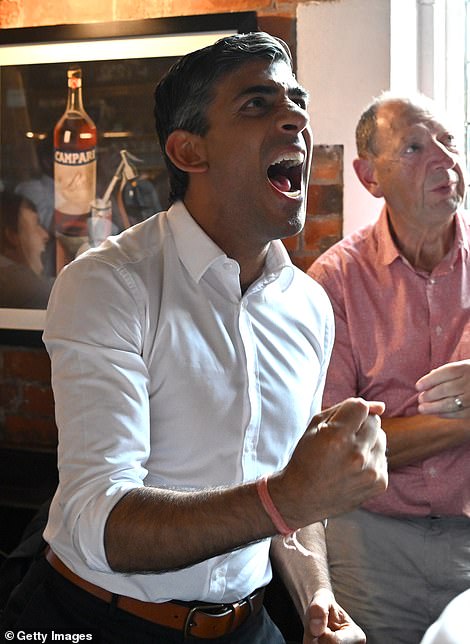 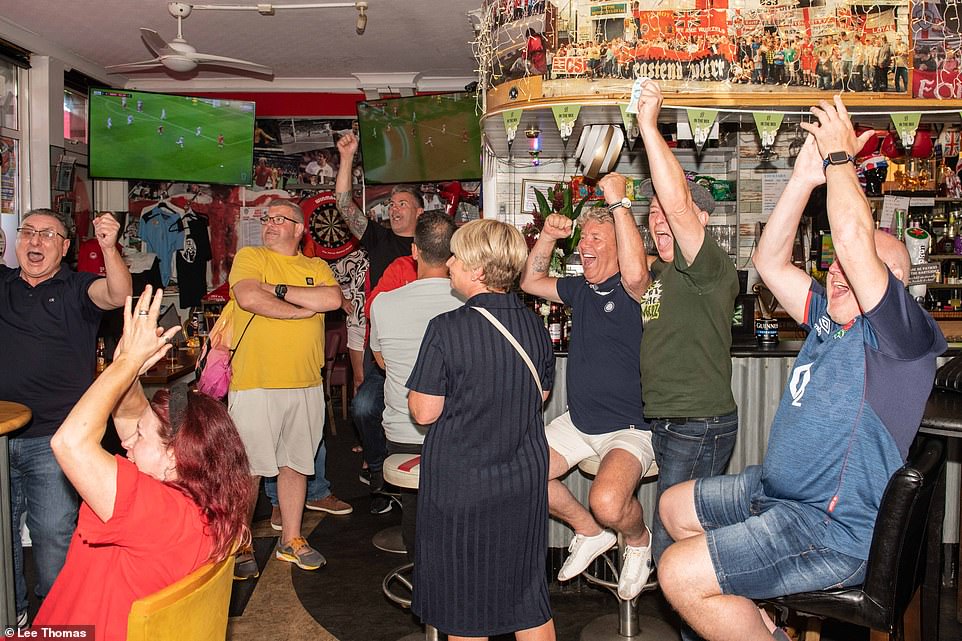 Fans go wild in Bristol’s most patriotic pub, The Three Lions, as the England team score their first goal against Germany 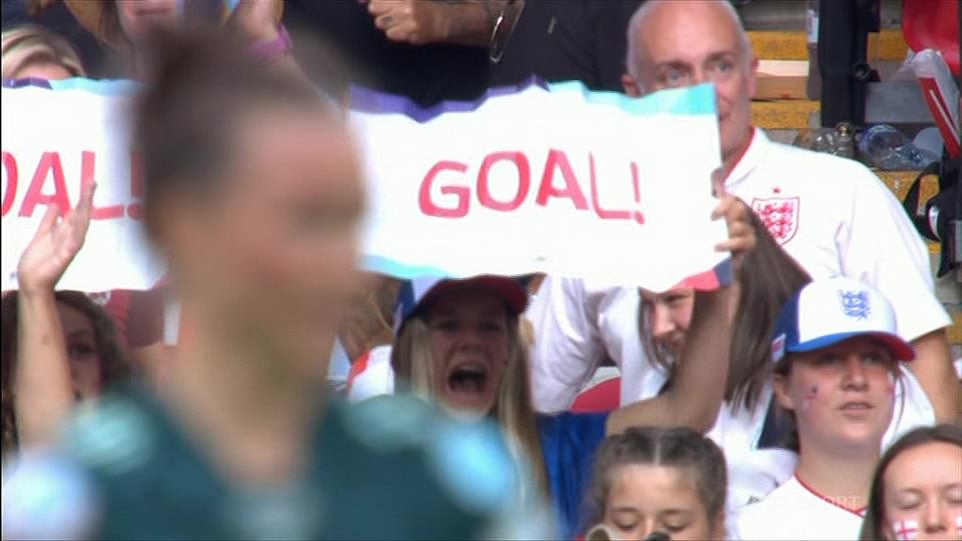 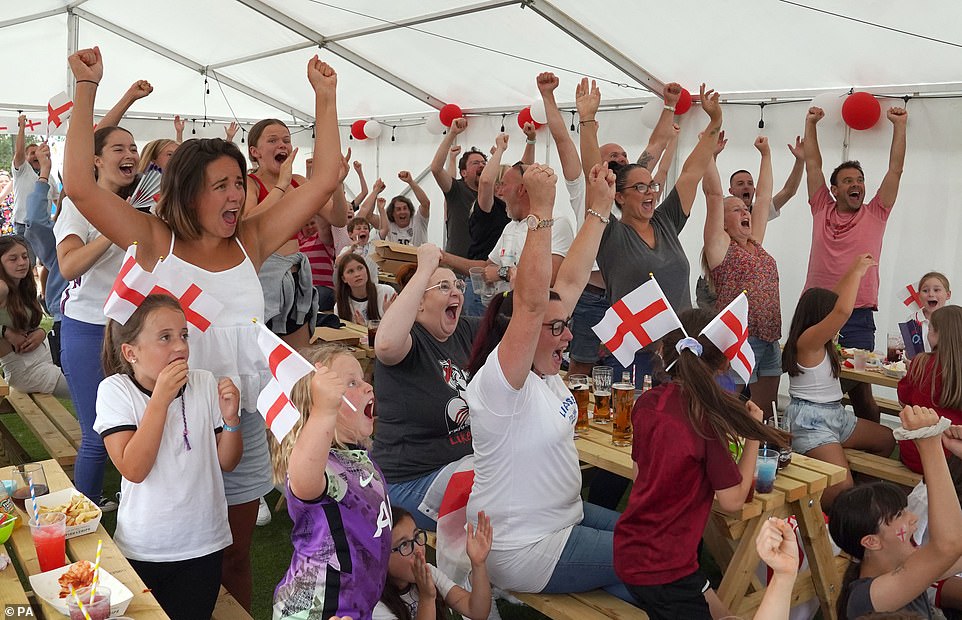 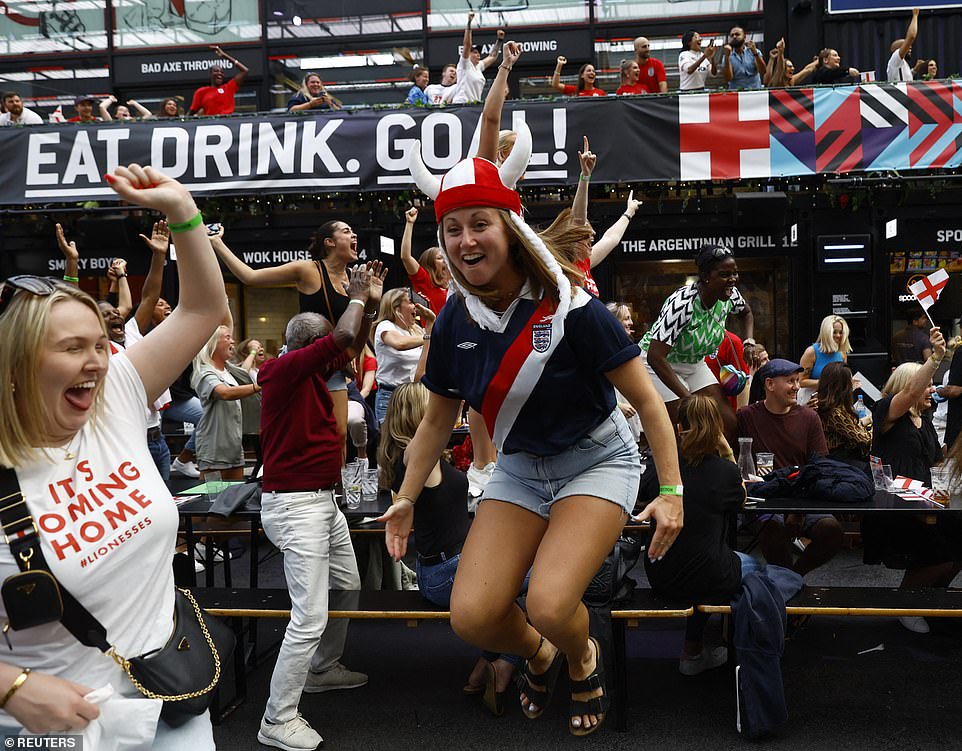 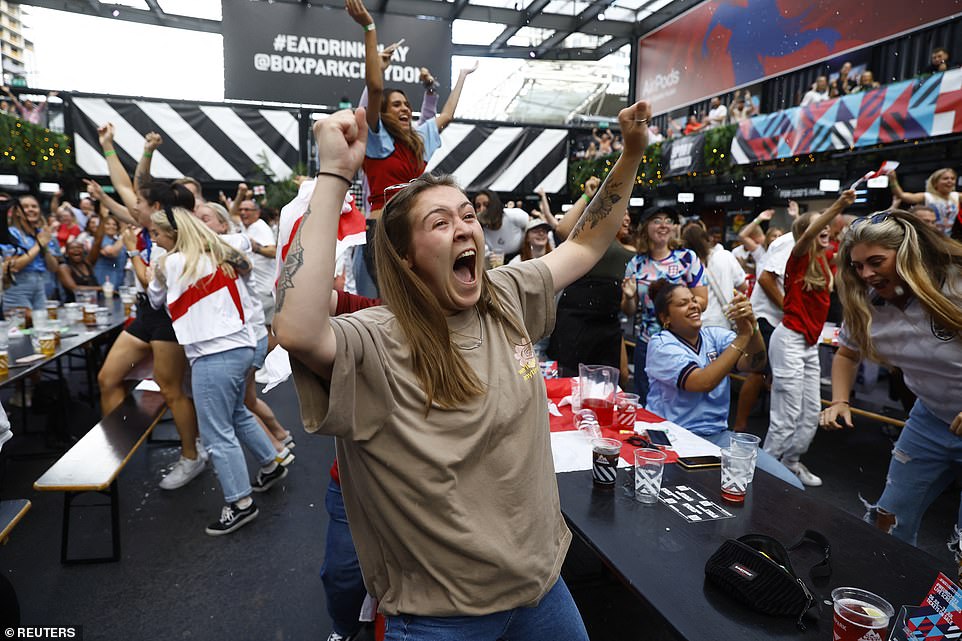 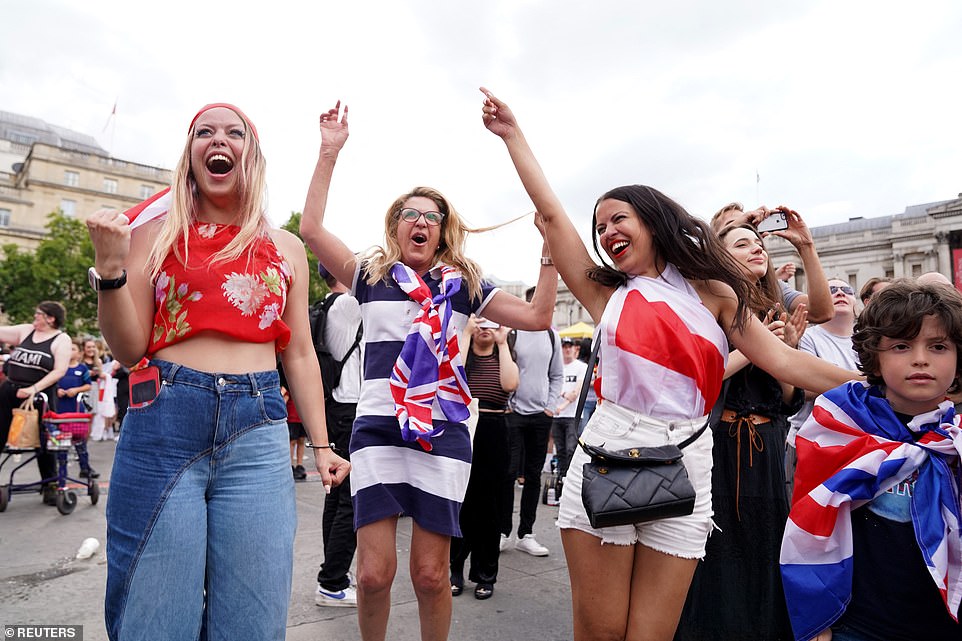 The Lionesses have now been pegged back 1-1 against Germany after Toone’s opener was cancelled out by Lina Magull.

It had been all square at half time but the introduction of Toone, 22, had a near-instant impact as she broke to fizz a shot past helpless German keeper Merle Frohms watched by a record 87,192 in the stadium.

But there was heartbreak minutes later as Magull worked her way into position to equalise, devastating England fans across the country.

With only ten minutes left, the game was left balancing on a knife edge with the ultimate prize at stake.

Dozens of ticketless fans were watching the match on their phones outside Wembley Stadium. 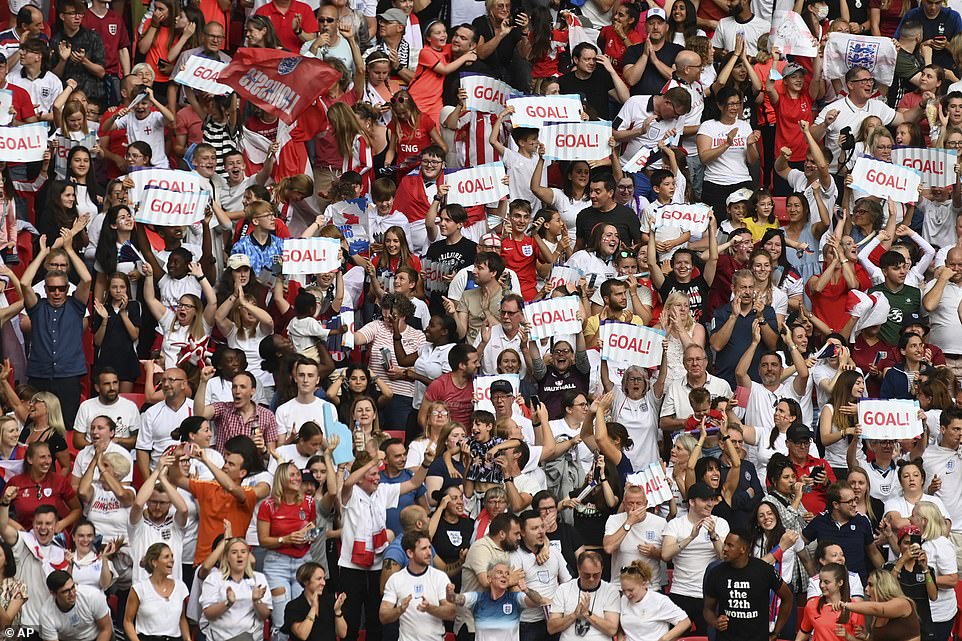 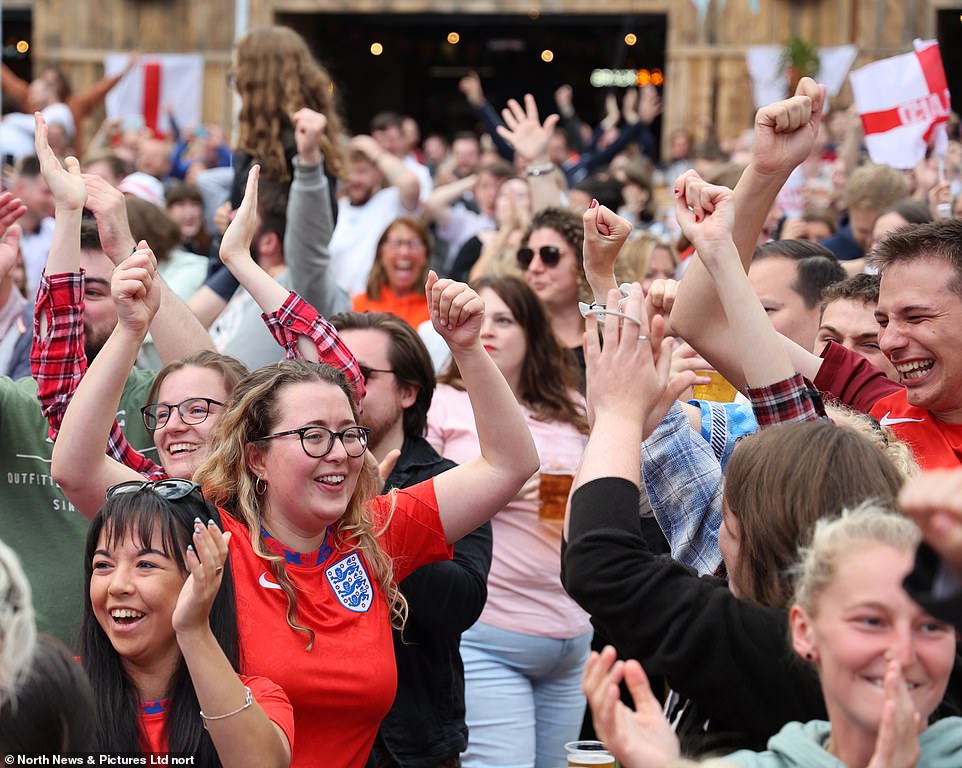 Supporters entering the stadium before 5pm had been largely positive and calm, with very little trouble for police.

However, those without tickets were still in the area after kick-off, opting to watch the match in nearby pubs or on their phones.

Craig Stephens, 58, and his wife Julie, 54, from Twickenham, south-west London, said: ‘We just wanted to be around Wembley while the game was on, it really is historic.

‘We’re really excited and hope England can do well, but we know that Germany has been a dangerous opponent in the past.’

This morning the Lionesses’ two biggest Royal fans had wished them luck and the future king was even there in person to cheer them from the stands.

The Duke of Cambridge posted a video to his official Twitter account this morning in which he and Charlotte shared their support for the Lionesses.

‘We both want to wish the lionesses the best of luck tonight, you’ve done amazingly well in the competition and we’re rooting for you all the way!’ Will exclaimed, before Charlotte chipped in: ‘Good luck, I hope you win. Bye!’

As the game got underway Prime Minister Boris Johnson showed he was tuning in with Romy and Wilfred with a post on Twitter.