Is Putin making another power grab in the Middle East? Moscow denies backing renegade Libyan general who is marching on Tripoli – amid suspicions of a Russian hand in looming civil war

Russia has denied supporting a Libyan general who is currently marching on Tripoli in an apparent attempt to take control of the north African nation.

Militias in the west have vowed to confront the army command’s attempt to seize the capital, sparking fears of a renewed civil war.

This morning, Kremlin spokesman Dmitry Peskov said he hoped the crisis would not lead to ‘renewed bloodshed’, adding that Moscow did not support Haftar. Asked if Russia considered supporting Libya militarily, Peskov said: ‘No, Moscow is not taking part in this in any way.’

The military thrust by Haftar’s LNA marks a dangerous escalation of a power struggle that has dragged on since the overthrow of Colonel Gaddafi in 2011.

UN Secretary-General Antonio Guterres was due to meet Haftar in Benghazi today in a bid to avert war. 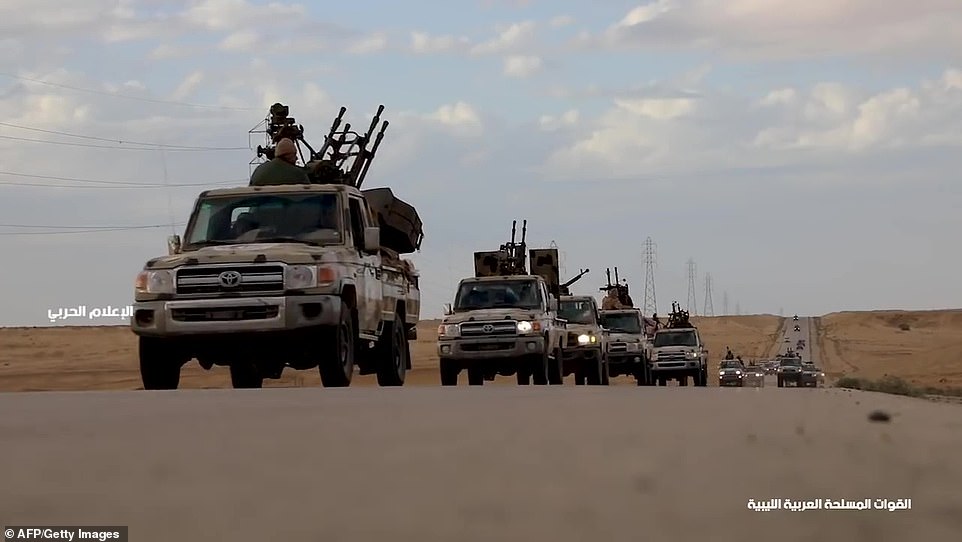 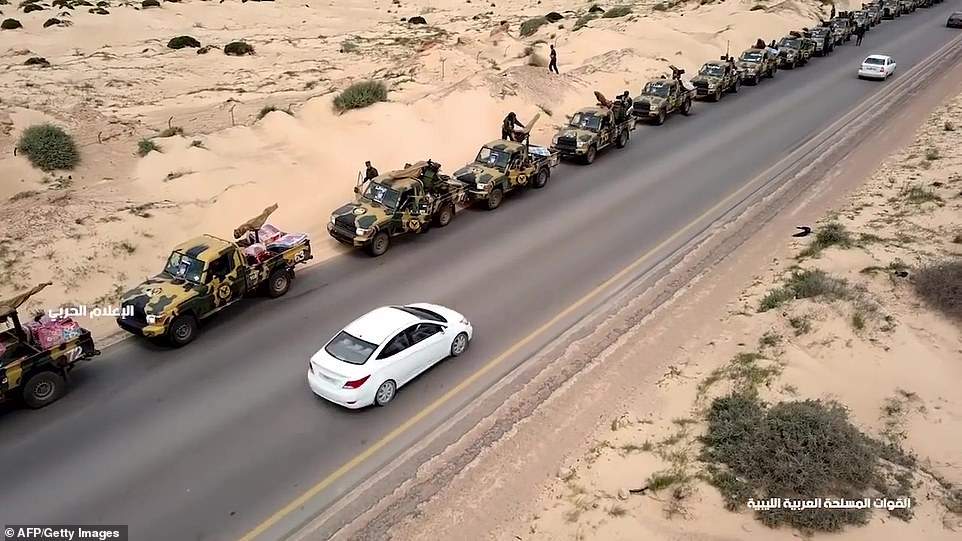 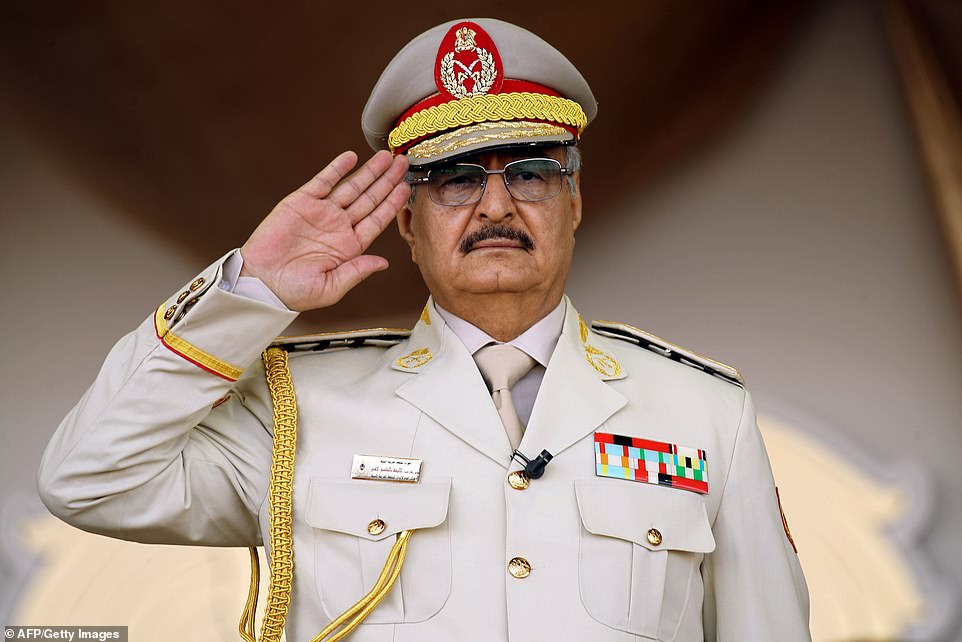 Militia faction leader Khalifa Haftar is moving towards Tripoli from the country’s east along with his army, sparking fears of a civil war 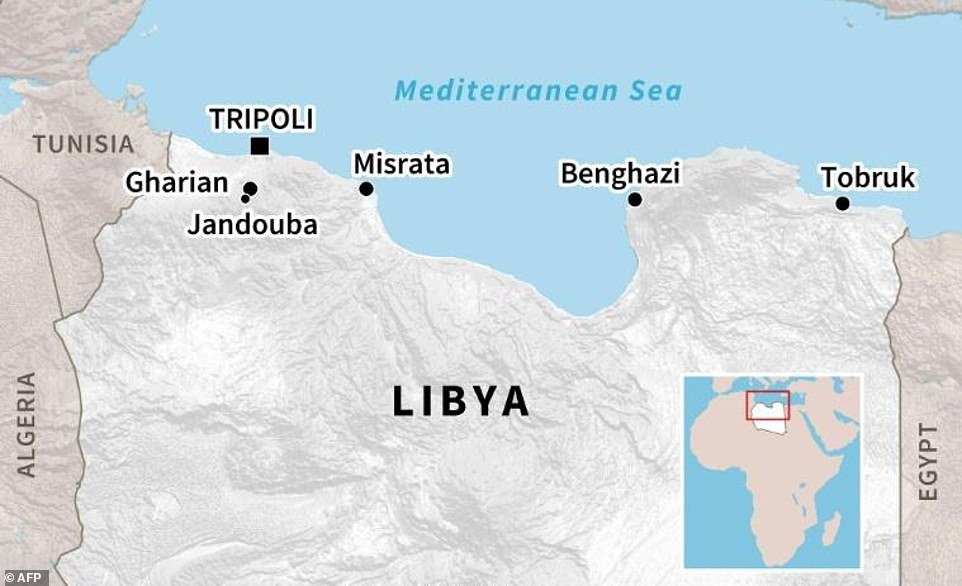 Strongman Haftar, backed by Egypt and the United Arab Emirates, controls some parts of the country, while the capital is the seat of a UN-backed government.

A showdown between Hafter’s army and the militias could plunge Libya into another spasm of violence, possibly the worst since the 2011 civil war.

Hafter then ordered his forces to march on the capital, saying in an audio recording posted online: ‘We are coming Tripoli, we are coming.’

He also urged his forces to enter the city peacefully and only raise their weapons ‘in the face of those who seek injustice and prefer confrontation and fighting.’ 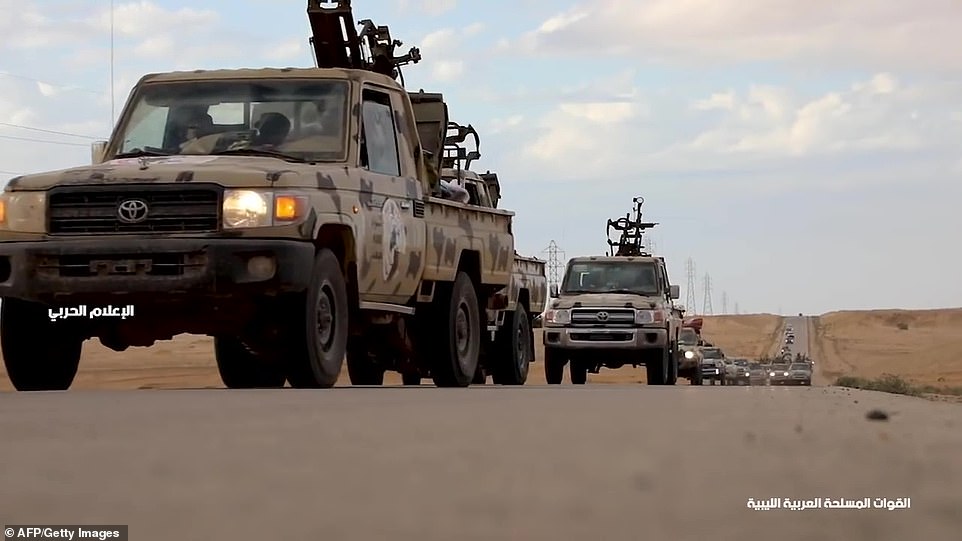 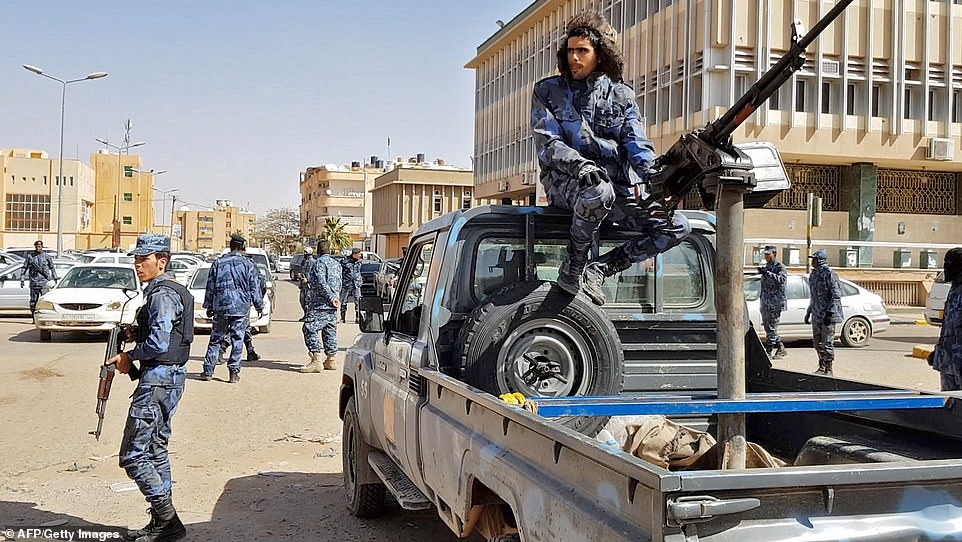 Hafter’s spokesman Ahmed al-Mesmari said later the army’s next stop would be the town of al-Aziziya, considered the gates of Tripoli.

In response, the militias from the western cities of Zawiya and Misarata, which control Tripoli, posted on social media early Friday that they’re mobilising to confront Hifter.

‘We are the revolutionaries and the elders … we declare we are on full mobilization and war,’ they said.

Militias allied to the Tripoli government moved more machinegun-mounted pickups from the coastal city of Misrata to Tripoli to defend it against Haftar’s forces.

The escalation surprised the United Nations, whose Secretary-General Guterres had been in Tripoli this week to help organize a national reconciliation national conference planned for later this month.

Guterres, who spent Thursday night in the heavily fortified U.N. compound in a Tripoli suburb, was flying to Benghazi on Friday to meet Haftar.

He will also go to Tobruk, another eastern city, to meet lawmakers of the House of Representatives, which is also allied to Haftar.

‘My aim remains the same: avoid a military confrontation. I reiterate that there is no military solution for the Libyan crisis, only a political one,’ Guterres said on Twitter. 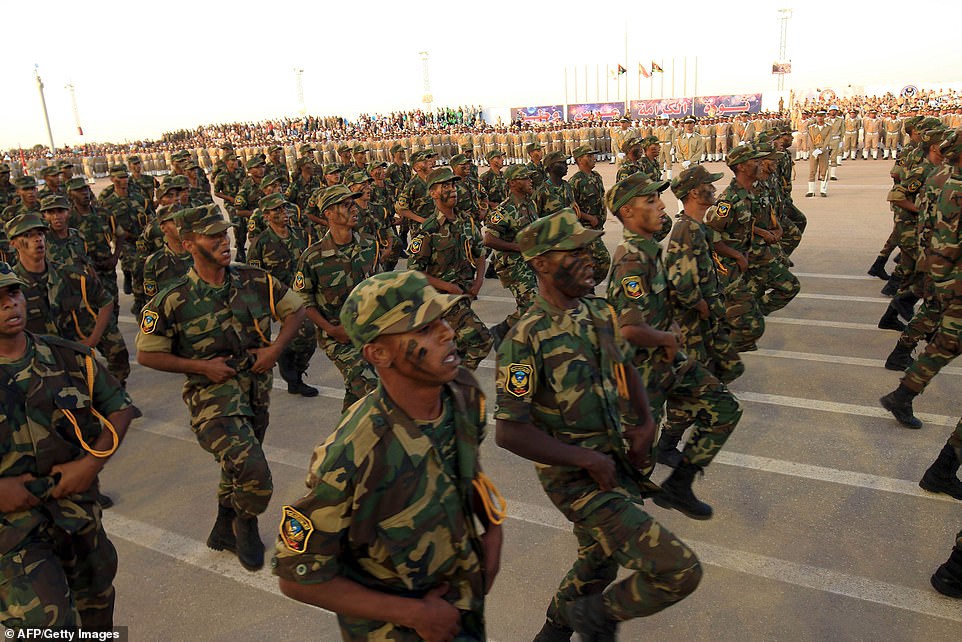 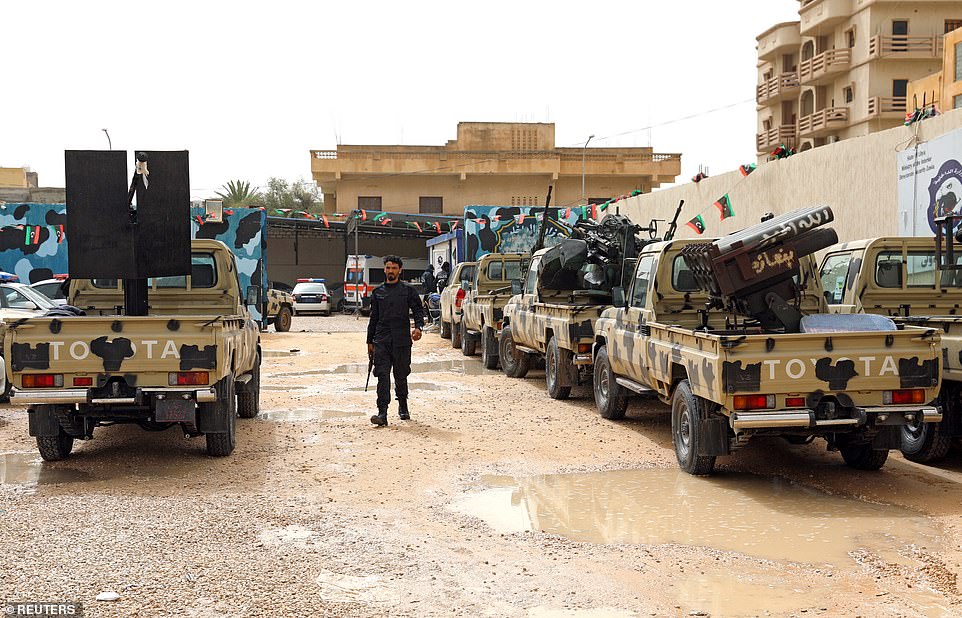 Haftar also enjoys the backing of Egypt and the United Arab Emirates, which see him as bulwark against Islamists and have supported him militarily, according to U.N. reports.

Germany called an emergency meeting of the U.N. Security Council due to the military escalation.

Russia said it was not helping Haftar’s forces and it supported a negotiated political settlement that ruled out any new bloodshed.

Former colonial power Italy, which lies across the Mediterranean from Libya, was very worried by the turn of events, Italian Deputy Prime Minister Matteo Salvini said.

‘We need to throw water on the fire, not petrol on the fire. I hope that people, acting out of economic or business self-interest, is not looking for a military solution, which would be devastating,’ Salvini said.

The United Nations and Western countries have been trying to mediate between Serraj and Haftar, who met in Abu Dhabi last month to discuss a power-sharing deal.

The conference the United Nations is helping to organize is aimed at forging agreement on a road map for elections to resolve the prolonged instability in Libya, an oil producer and transit point for refugees and migrants trekking across the Sahara with the aim of reaching Europe.