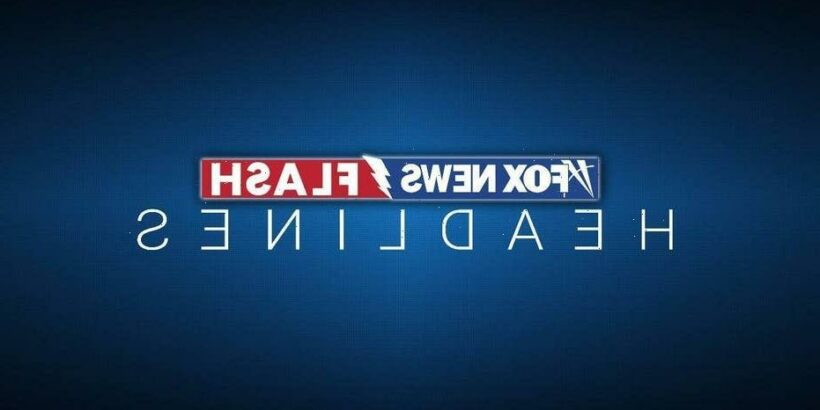 Depending on whom you ask, Maine’s proposed “right to food” constitutional amendment would simply put people in charge of how and what they eat — or would endanger animals and food supplies, and turn urban neighborhoods into cattle pastures.

For supporters, the language is short and to the point, ensuring the right to grow vegetables and raise livestock in an era when corporatization threatens local ownership of the food supply, a constitutional experiment that has never been tried in any state.

For opponents and skeptics, it’s deceptively vague, representing a threat to food safety and animal welfare, and could embolden residents to raise cows in their backyards in cities like Portland and Bangor. 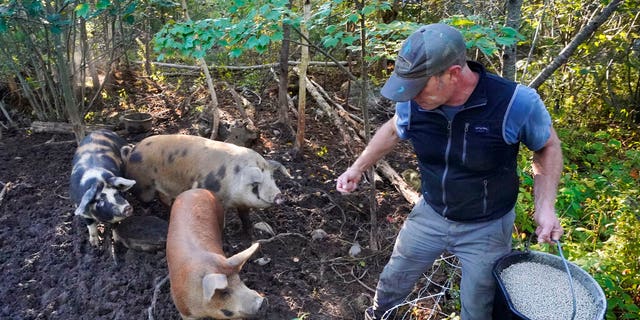 In the Nov. 2 election, voters will be asked if they favor an amendment to the Maine Constitution “to declare that all individuals have a natural, inherent and unalienable right to grow, raise, harvest, produce and consume the food of their own choosing for their own nourishment, sustenance, bodily health and well-being.”

The proposal is essentially “the 2nd Amendment of food,” said Republican Rep. Billy Bob Faulkingham, who proposed the amendment, likening it to the U.S. constitutional amendment that assures the right to bear arms.

He says it’s a common-sense amendment that would make sure the government can’t stop people from doing things like saving and exchanging seeds, as long as they don’t violate public or property rights.

“There’s a lot of disturbing trends in the food category, with the power and control that corporations are taking over our food,” said Faulkingham, who is also a commercial lobster fisherman. “We want to protect people’s ability to grow gardens, grow and raise their own food.” 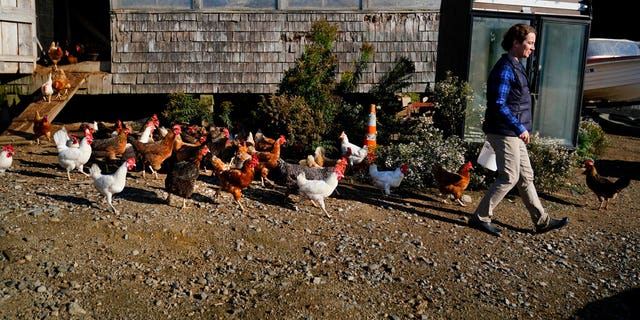 Faulkingham and others said the amendment is a response to growing corporate ownership of the food supply. They see the amendment as a way to wrest control of food from big landowners and giant retailers.

But Julie Ann Smith, executive director of the Maine Farm Bureau, the largest farmers advocacy organization in the state, argued the language of the amendment is so broad that it could make the food supply less safe.

That’s a problem in a state where potatoes, blueberries, maple syrup and dairy products are all key pieces of the economy, she said. The amendment could empower residents to buy and consume food that isn’t subject to inspections, proper refrigeration and other safety checks, Smith worried.

“We think it’s very dangerous to have the words ‘to consume the food of your own choosing.’ That is so broad and dangerous,” Smith said. “It has the potential to cause serious problems in food safety, animal welfare.” 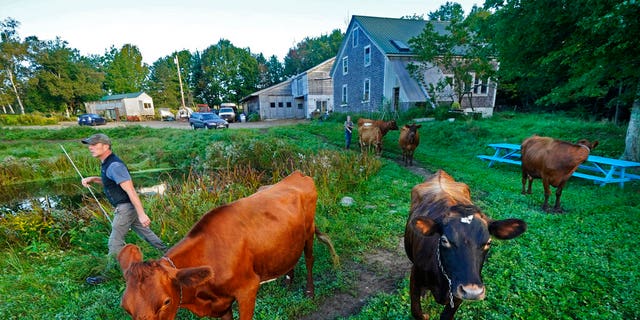 Phil Retberg leads his cows back to the pasture after the morning milking at his family’s farm, Friday, Sept. 17, 2021, in Penobscot, Maine. The Retbergs are proponents of a "right to food" bill that they say would be "an antidote to corporate control of our food supply," and a chance for rural communities to become self sufficient when it comes to what food they grow and eat. (AP Photo/Robert F. Bukaty)
(AP Photo/Robert F. Bukaty)

Smith said the farm bureau is also concerned that the amendment could override local ordinances that prevent residents from raising livestock anywhere they choose.

Supporters of the proposal, including Faulkingham, said that local rules would still be enforced, and that the amendment would not mean you could do things like raise chickens anywhere you want or fish commercially without a license.

The amendment proposal is an outgrowth of the right-to-food movement, sometimes called the food sovereignty movement, which has expanded in recent years in Maine and states around the U.S. and Canada.

The movement comprises a patchwork of small farmers, raw milk enthusiasts, libertarians, back-to-the-land advocates, anti-corporatists and others who want to ensure local control of food systems. 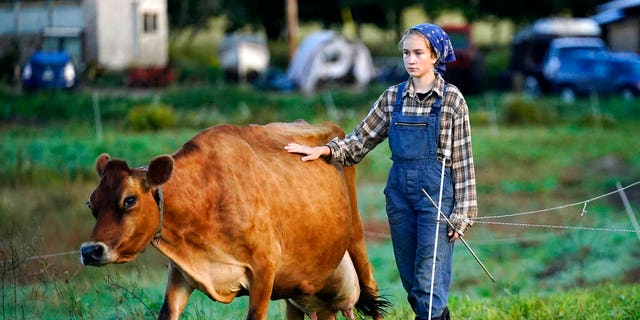 Maine enacted a food sovereignty law, the nation’s first of its kind, in 2017. The law allows local governments to OK small food producers selling directly to customers on site. The law was especially popular with sellers of raw milk, which can be legally sold in Maine but is more restricted in many other states.

The nationwide food sovereignty movement has yielded similar laws in states including Wyoming, Colorado, Montana and North Dakota, and pushes for the same elsewhere.

The amendment is likely to find support among Maine’s self-sufficient, practical Yankee set, said Mark Brewer, a political scientist with the University of Maine.

However, Brewer agreed with criticism that the amendment is so vague that it’s unclear what it would actually do.

“I’d be more interested in how it could play out in the courts,” Brewer said. “If you want to raise cattle within the city limits when city laws say you can’t, but the Constitution says you can. Then what happens?”

For Heather Retberg, a farmer in the small town of Penobscot, the concerns about cows turning up in cities are a silly distraction from the real goal of the proposal.

Retberg, who has a 100-acre farm with cows, pigs, chicken and goats, said the proposal is “an antidote to corporate control of our food supply” and a chance for rural communities to become self-sufficient when it comes to what food they grow and eat.

It’s also a chance to tackle the problem of the state’s “food deserts,” where residents don’t have enough access to healthy food, Retberg said.

“This shifts the power to the individuals in a rights framework, instead of the corporations,” Retberg said. “It gives us more voice in how we want our food systems to be, and how we want our communities to look.”