The merciless death group has called on its supporters to launch attacks at the showpiece football tournament, which kicks off in Russia next month. 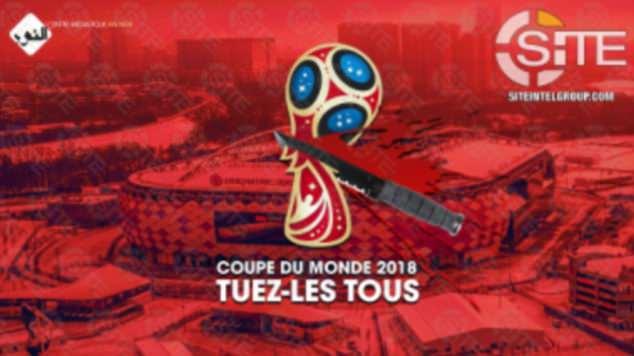 They made their call to arms on a sickening online propaganda poster showing a knife slashing the World Cup logo with a French caption translated as "kill them all". 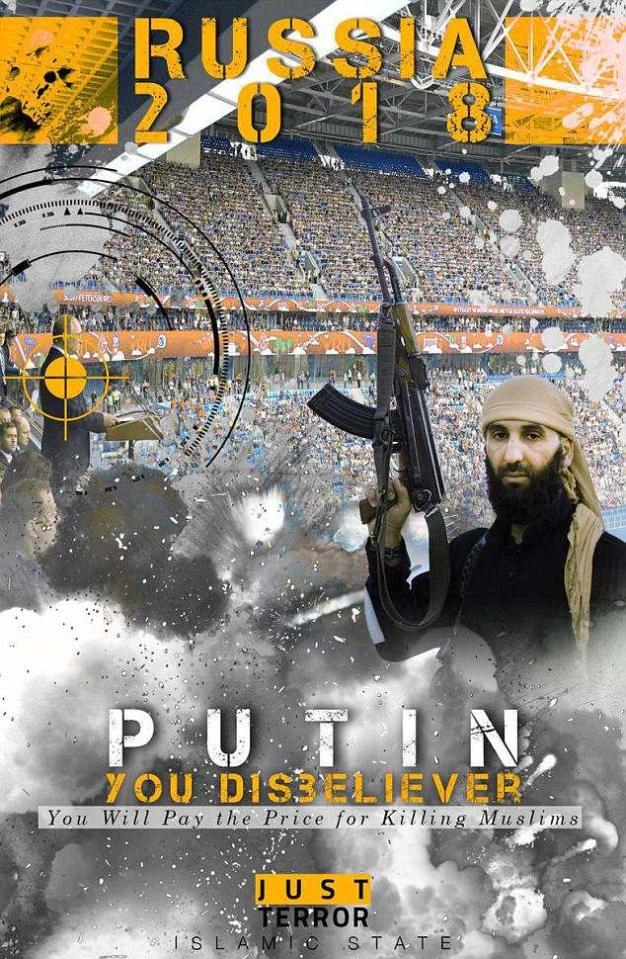 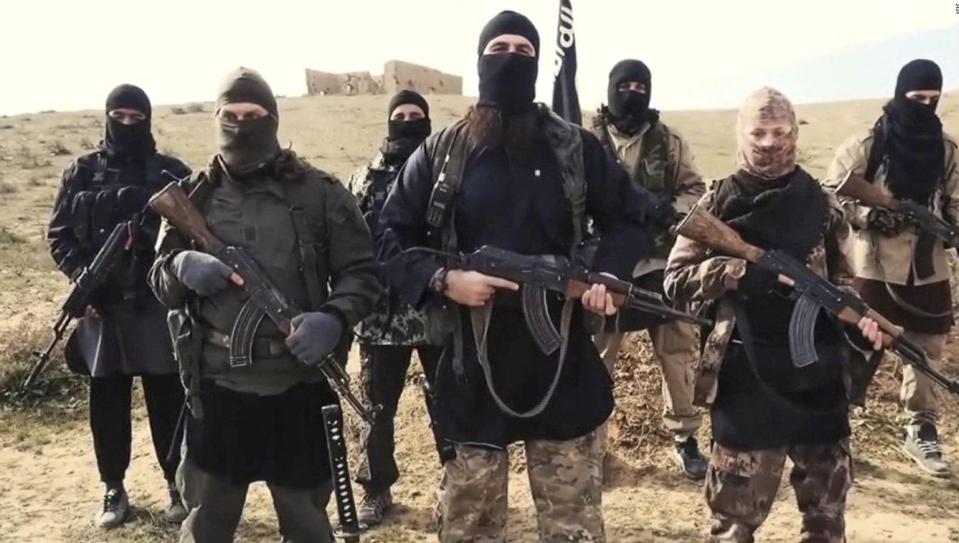 The terror group then released a photograph of an ISIS 'football squad' lining up alongside the team from the host nation. 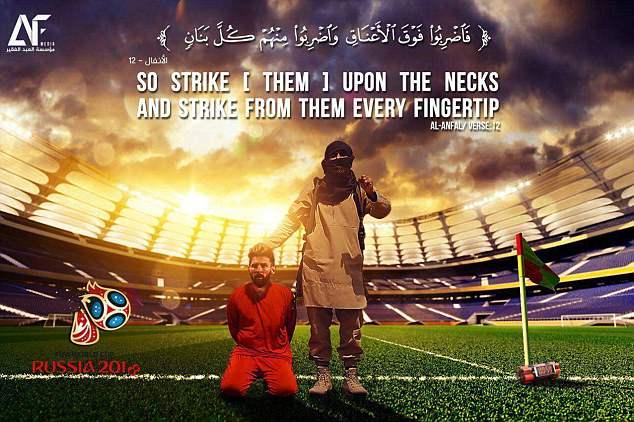 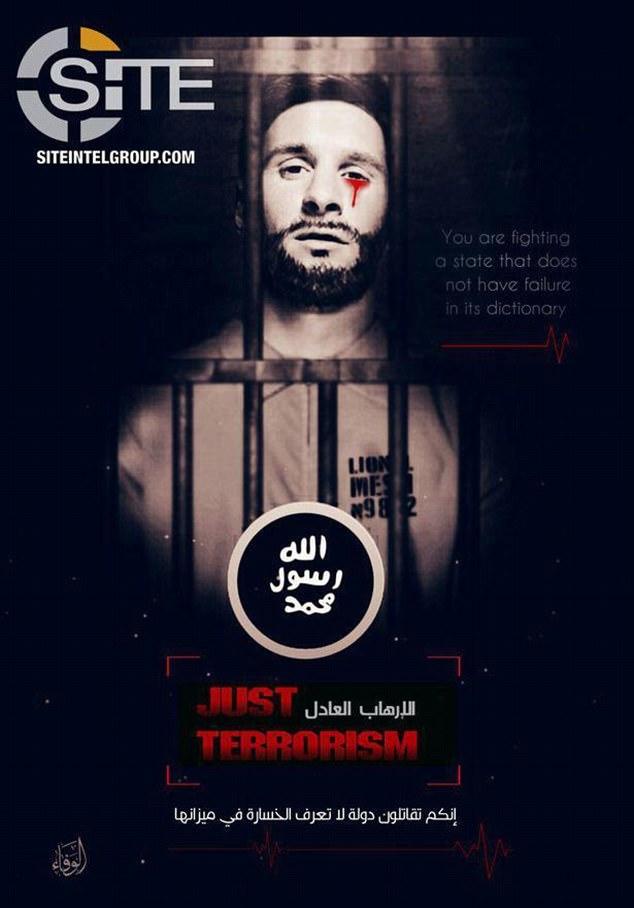 But while the Russian side are in their usual red kit, the armed ISIS 'team' are dressed in combat clothes.

It was one of two threatening propaganda messages released from terror cells in Indonesia.

The poster carried the messages “big match”, “IS vs Russia” and “life or death”.

A second image by supporters of the regime in the Far East showed a person holding a hand grenade on the terraces of a packed stadium.

On the ground’s big scene is an image of a beheaded captive dressed in an orange boiler suit.

The poster has FIFA’s official World Cup logo and the words: “Wait for us.” 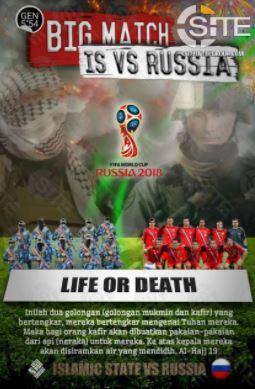 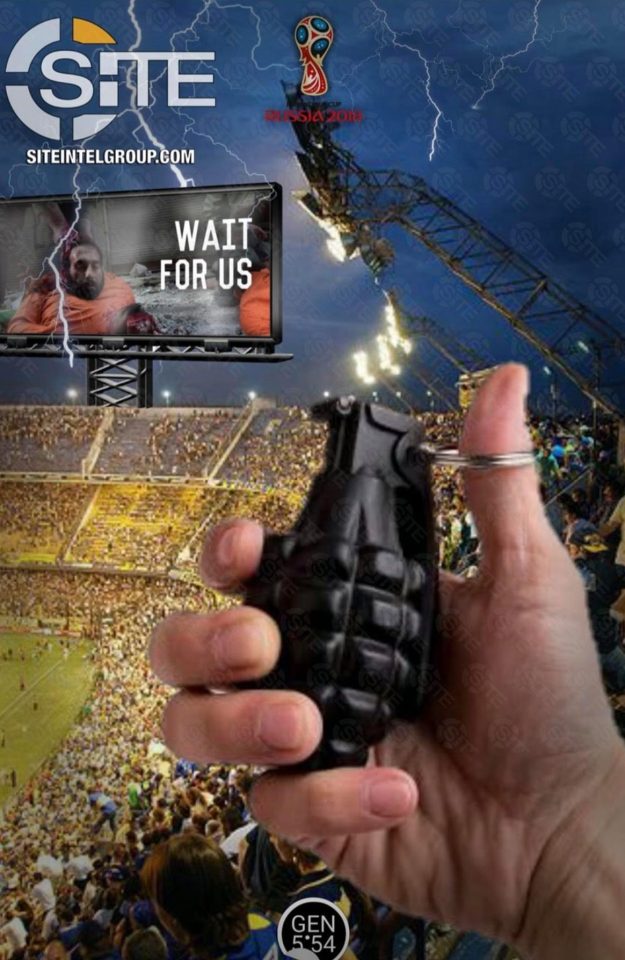 Russian security services are on high alert for an ISIS-inspired attack on the tournament.

Last month Moscow revealed it had killed 11 Jihadists as they try to stamp out extremism ahead of the month-long showpiece.

Video and audio recordings taken by the Russian forces revealed the voices of rebels shouting 'Allahu Akbar' – god is great in Arabic.

The men were also believed to have been waving a jihadist flag.

One operation was in the town of Derbent – 590 miles southeast of Volgograd, where England will play their opening World Cup qualifying group game.

The FSB security service has indicated terrorism is the main threat to the World Cup.

“Guns, bullets, knives and grenades were discovered at the scene,” said a statement from the Russian Investigative Committee, which probes serious crime.orters threaten chilling ‘life-or-death’ match at the Russia World Cup 2018.