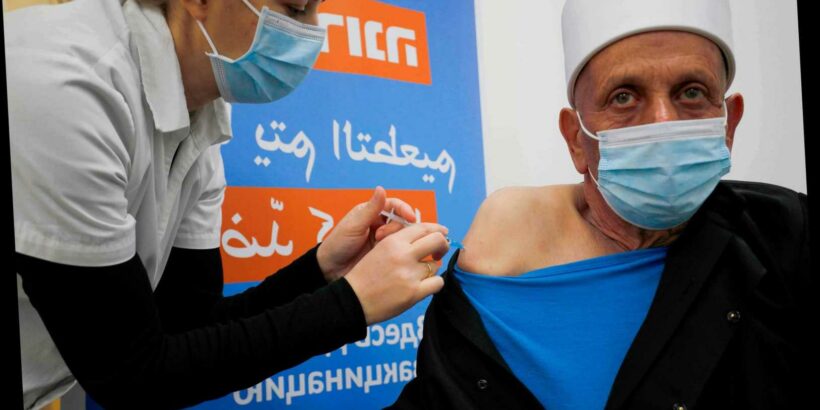 ISRAEL has unveiled initial data from its remarkable Covid vaccine rollout campaign showing Pfizer’s jab cuts infection rates in half two weeks after the first of the twin doses is given.

With 1.9 million Israelis given their first vaccine injection in the past four weeks, there are hopes that skyrocketing Covid rates could be reversed, with an end to the pandemic in sight. 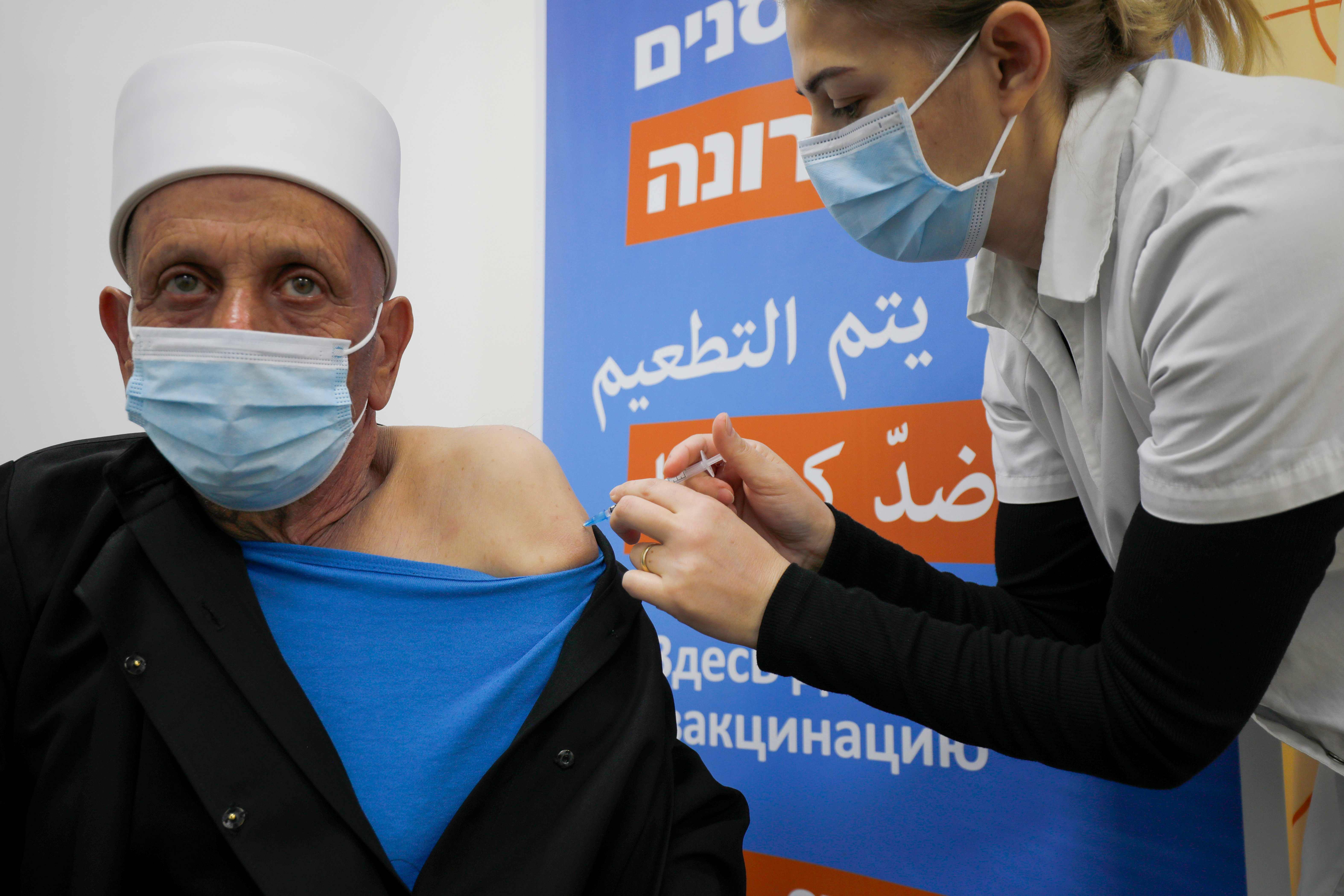 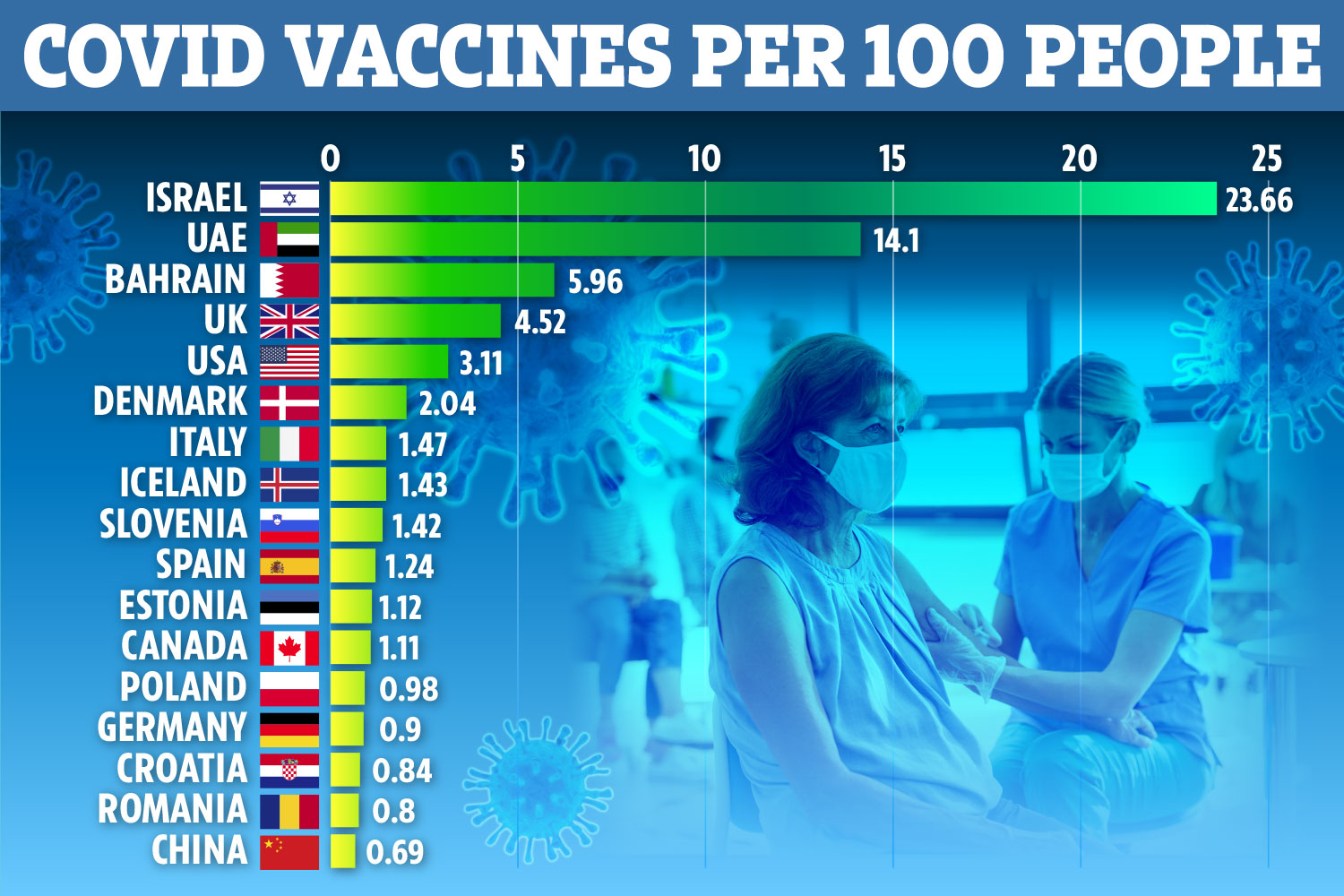 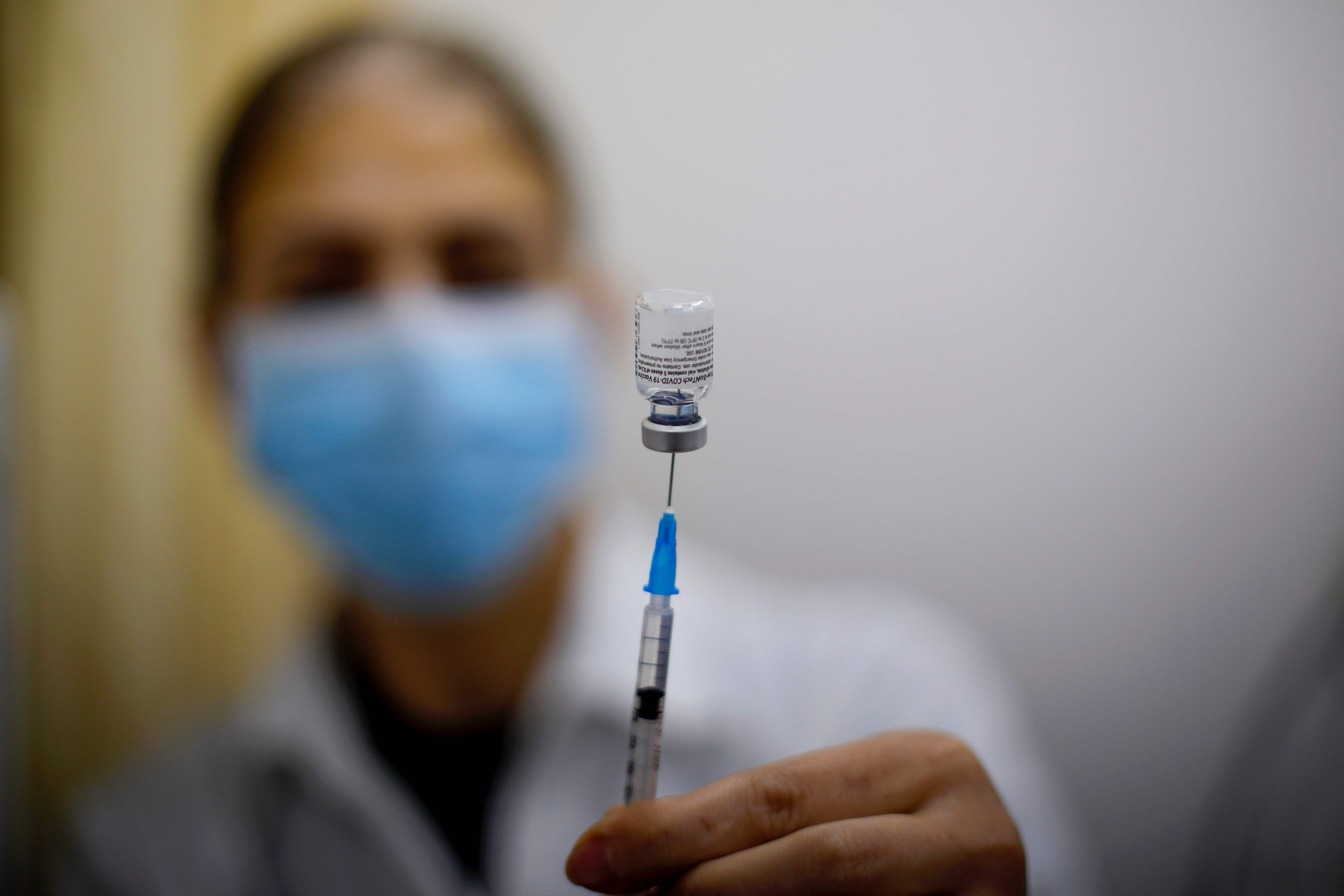 As more than a fifth of Israel’s population has now received the first dose of the vaccine, and more than 104,000 have also had their second jab, the country could be on the brink of a turnaround, reported the Jerusalem Post.

The 24/7 rollout has included military aid and squeezing extra doses from each vial of vaccine to maximise the campaign.

Public health officials have offered a glimmer of hope to the rest of the world, with the reassuring results of its speedy vaccine rollout.

Israel’s head of the health ministry’s public health department Sharon Alroy-Preis said initial findings showed the vaccine might not only stop symptoms but cut the risk of transmission as well.

Trials of the Pfizer/BioNTech jab showed it was 95 per cent effective at stopping people becoming ill with Covid-19 if they get infected, after two doses are given.

But the new data suggests that the vaccine could also stop people becoming infected at all.

Alroy-Preis told Israel’s Channel 12 News the initial data from the country’s vaccination campaign shows Pfizer’s coronavirus vaccine curbs infections by some 50 per cent 14 days after the first of two shots is administered.

However, she cautioned the data was preliminary, warning the vaccine is only expected to reach full protection potential a week after the second dose of the vaccine.

Further results to come out from the country show slightly different, but still encouraging, data about how effective the Pfizer jab is after the first dose.

Two separate large health organisations in Israel have each carried out their own tests on people who have received the vaccine and found a marked dip in the danger of Covid infection after the first jab.

The two health providers have analysed data based on 800,000 people between them – almost ten per cent of Israel’s entire population.

Israel’s largest health provider Clalit found the chance of a person being infected with the coronavirus dropped by a third – 33 per cent – 14 days after they were vaccinated.

Clalit's research institute director Professor Ran Balicer explained: "We are waiting to cross reference the data we are monitoring over time, in order to confirm these findings.

"But the results match in terms of the timeline and the trend that we have seen in the controlled research of the vaccine producers."

Separate figures recorded by the Maccabi health provider and aired by Channel 12 showed the vaccine caused a 60 per cent drop in the rate of infection 14 days after taking the first shot.

It is not yet clear why there is a discrepancy between the two studies, but the results give the first large-scale indication of the effectiveness of the vaccine.

Preliminary results of a much smaller Israeli study, conducted at Sheba Medical Center on 200 people, found that after a week only one per cent of those receiving the first Pfizer dose had enough antibodies to provide immunity.

Given that Pfizer’s Phase 3 trials checked 40,000 people, the extensive data gathered by Israel’s initial analysis is a good indicator of how the vaccine could impact on Covid-19 infections worldwide.

Speaking to The Telegraph, Yuli Edelstein, the country's health minister, warned that there was still a risk of catching the virus within two weeks of being given the jab, saying that Israelis must stay vigilant.

“Those who are getting the first shot should still be very, very cautious about their behaviour, due to the partial resistance to the disease,” Mr Edelstein said.

“In my imagination, it's like the scene from the movie where you nearly escape the danger, and at the very last moment you catch a bullet.”

He added: “It shows what we have already known, which is that the full 95 per cent protection comes after two shots.” 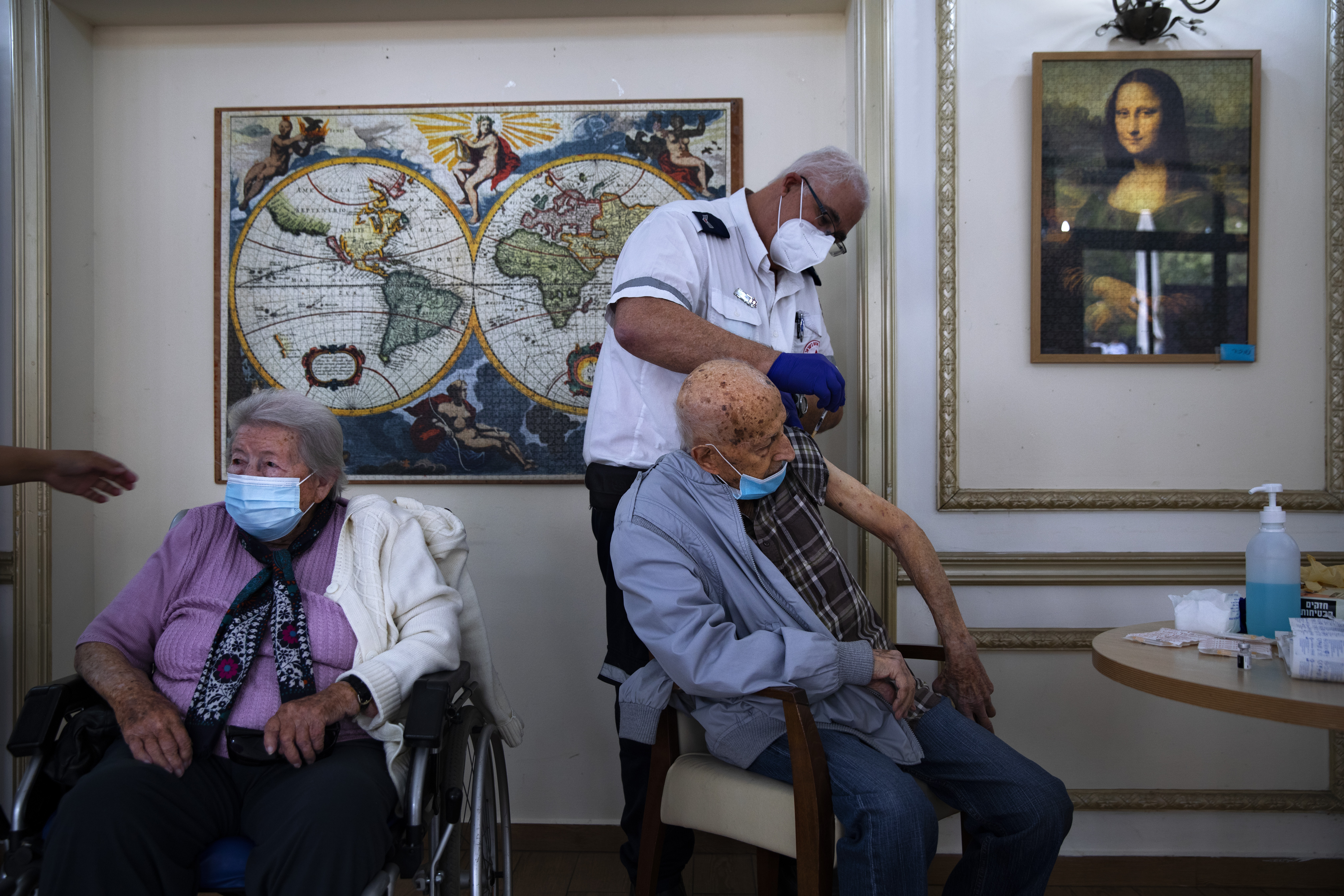 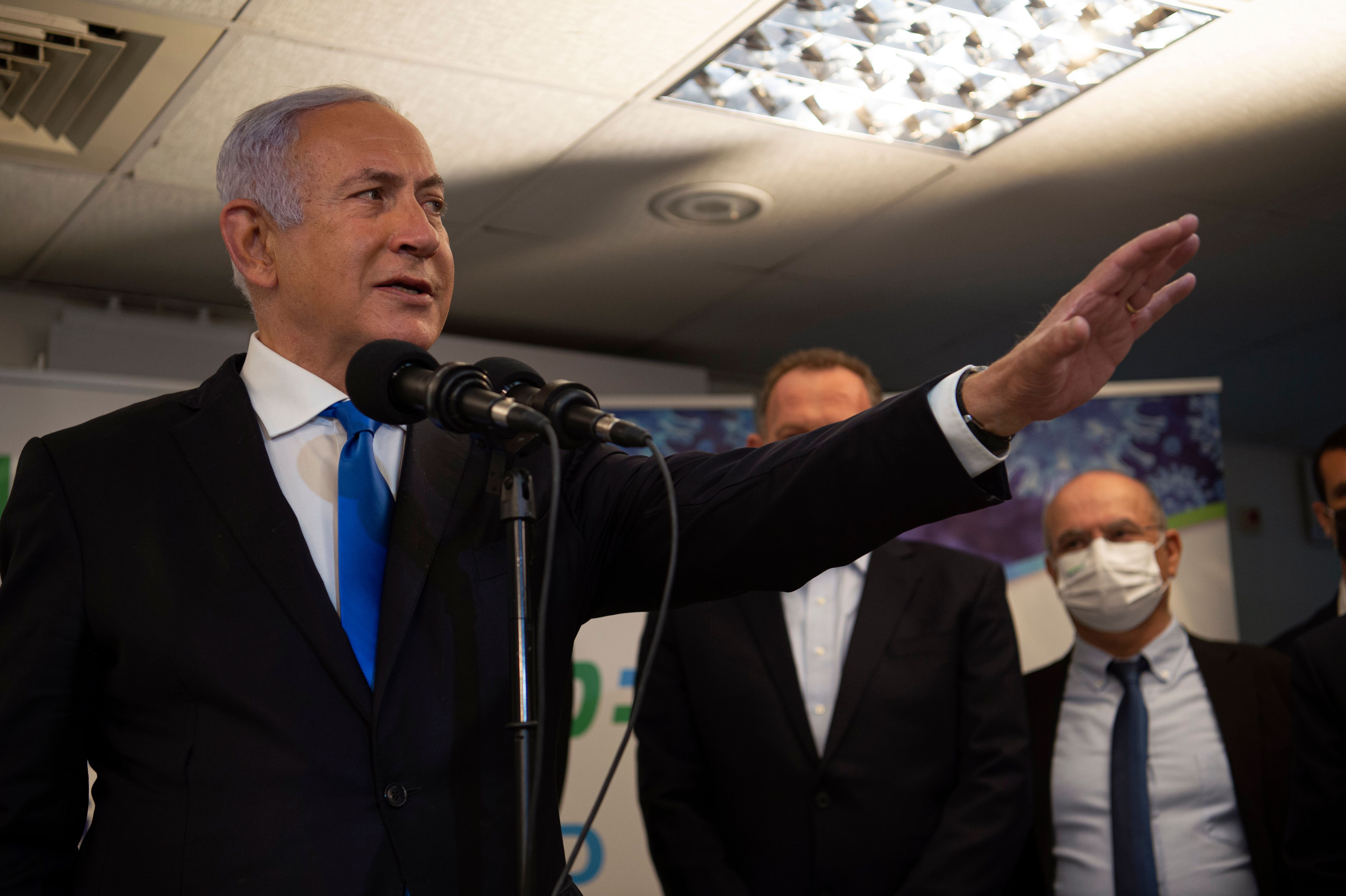 Despite the positive outlook following the vaccine data release, Israel is still facing a tough time in the coming days and weeks as new daily cases are topping 9,000 infections.

Israel’s latest strict lockdown is currently due to continue until January 21, but is likely to be extended, reported the Times of Israel.

However, the country has an ambitious vaccination plan, expecting to immunise at least 5.2 million Israelis by March 20.

The Health Ministry is also planning to introduce vaccination certificates after people have had a second dose in a bid to kickstart the economy.

The certificates which will mean quarantine exemptions for those vaccinated, even after coming in contact with a coronavirus carrier or after returning from a “red country” where virus cases are high.

And while Israel is ploughing on with its Pfizer vaccination programme, the country is also trialling its own experimental Covid-19 jab on around 100 volunteers at the Sheba Medical Center and Hadassah Medical Center clinical research units. 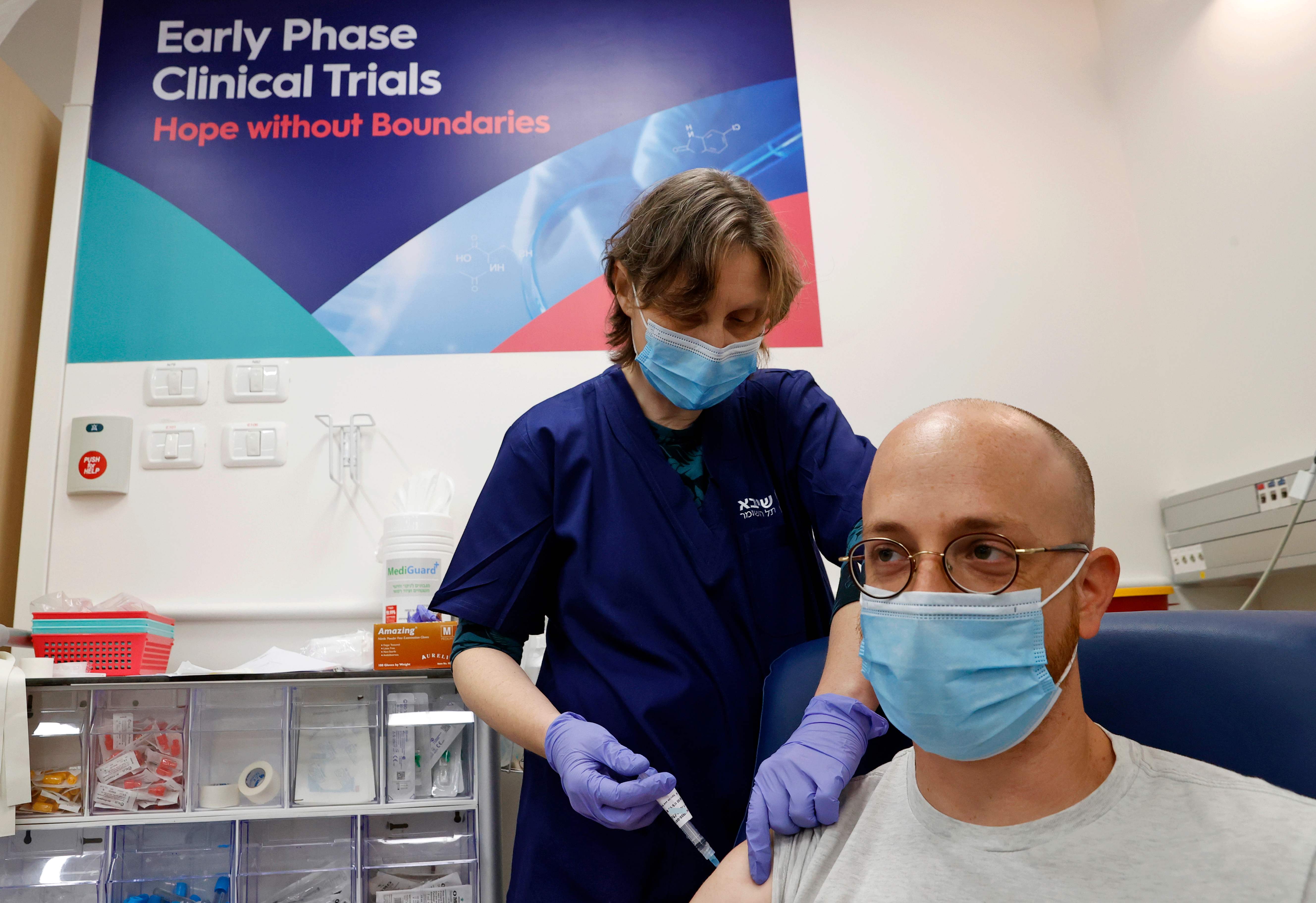 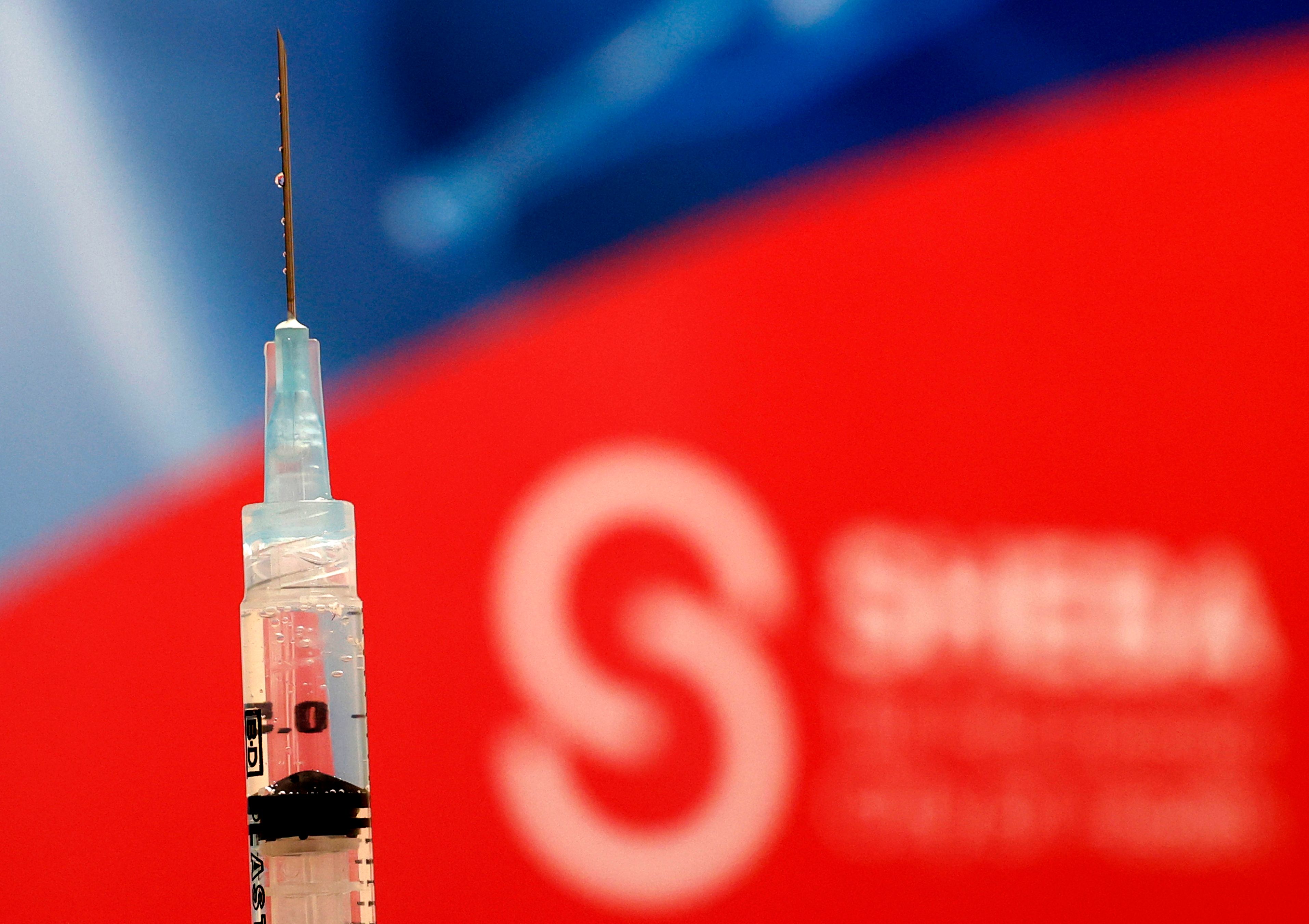