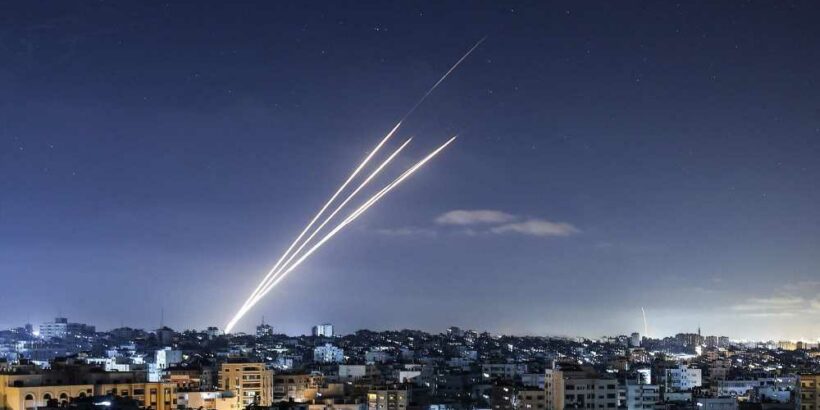 On the most critical issue — vaccines — Biden has failed us

Jen Psaki baselessly and disgracefully racialized the killing in Columbus

Disney's ugly transformation of a US war hero into a villain

In 10 days of war between Israel and Hamas in Gaza, more than 200 Palestinians have been killed, compared to 10 Israelis.

To many, this imbalance can mean only one thing. “War crimes!” thundered noted Geneva Convention specialist John Oliver, the bespectacled HBO anchor who combines Wildean cleverness with the depth of Benny Hill. The New York Times blares, “humanitarian catastrophe.”

Israel began bombing targets in Gaza for one reason only: because Gaza started firing rockets at Israel. Period.

Many events led up to Hamas firing off the rockets. We can argue about those events — about who has title to the area called Sheikh Jarrah, about what motivated the cancellation of the June elections on the West Bank that Hamas thought it might win and about the cause of the showdowns between Israelis and Palestinians on the Temple Mount.

That’s all debatable. None of it justifies the firing of rockets at civilians. And everything the Jewish state has done in response since has been defensive.

The first day of the exchanges, Hamas shot off 750 rockets at Israel. In the days since, another 3,000 have flown. The idea that the act of defending citizens against incoming rocket fire could possibly constitute a war crime is the textbook definition of moral idiocy.

The fact that fewer Israelis have died than Palestinian Gazans is due entirely to the success of Iron Dome, the air-defense system that intercepts and destroys Hamas rockets before they land. Israeli aircraft have also been searching out and bombing the sites from which rockets are fired and the command-and-control locations from which these attacks are planned.

Israel uses Iron Dome to protect its people from Hamas’ indiscriminate efforts to kill whomever it can and destroy whatever it can. This has led some other moral idiots to complain that Hamas doesn’t possess an Iron Dome system to protect it against Israel’s strikes.

Really? Hamas has something far simpler and more cost-effective: It can just not fire rockets. Problem solved.

The Iron Dome doesn’t just save Israeli lives and property. It has likely saved the lives of tens of thousands of Gazan Palestinians just in the past two weeks.

How? Imagine that the system didn’t exist, that Hamas had collected 30,000 rockets, and then began firing them. Israelis would perish by the hundreds or more. The response would, of necessity, be devastating. Israel would be compelled to enter Gaza with overwhelming force and go street by street, tunnel by tunnel, to locate the rocket caches and blow them up.

It is awful that 60,000 Palestinians have had to flee their homes or been rendered homeless. But every single one of them owes their current parlous condition to Hamas’ strategy of interlacing its weaponry in and around Gaza’s citizenry.

That has other consequences, as well. As Jonathan Sacerdoti recently noted in The Spectator, more than 400 Hamas rockets fired from Gaza have landed . . . in Gaza. Hamas simply rolls the casualties from those inadvertent acts of self-destruction into the overall toll it blames on the Jewish state.

The central emotional claim against Israel is that disproportionate death toll. But consider what we are being asked to believe here. According to Hamas’ own numbers, something akin to 20 Palestinians a day have been killed. Every civilian death is a tragedy. But the relatively small figures — compare the Gaza figures to the mass horrors of the Syrian Civil War — are a testament not to Israel’s barbarism, but to its determination to avoid civilian casualties.

Israel gets precious little credit. It does it anyway. History will record Israel as a moral beacon in this regard.

As for those who are lining up with a terrorist group and serving its propagandistic interests? If they’re lucky, history will forget them, and their ignominy will not haunt their descendants.