New York: Facing an uphill struggle in an election next month, Israel has announced it was pulling out of a race for a seat on the UN Security Council.

Israel was in a three-way contest with Germany and Belgium for two seats representing the Western-democratic group of nations on the UN's most powerful body starting in January. 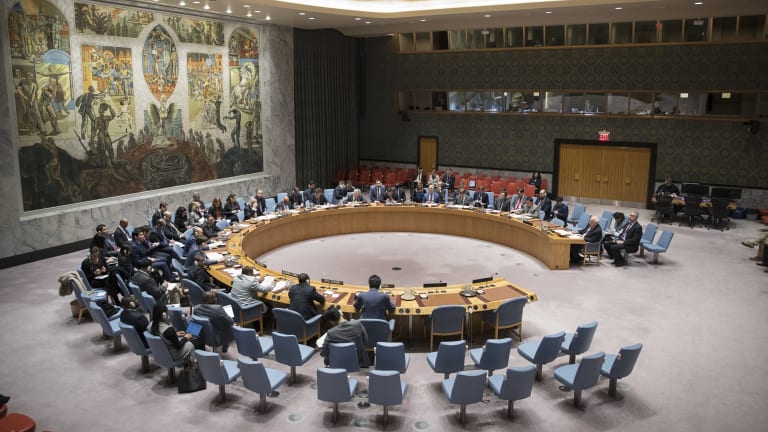 The United Nations Security Council meets on the situation in Gaza, last month.

The Security Council has five permanent members – the United States, Russia, China, Britain and France – and 10 members elected by the 193-member General Assembly for two-year terms.

Israel's UN mission said in a statement on Friday, US time, that "after consulting with our partners, including our good friends, the state of Israel has decided to postpone its candidacy for a seat on the Security Council."

"It was decided that we will continue to act with our allies to allow for Israel to realize its right for full participation and inclusion in decision-making processes at the UN," the statement said. "This includes the Security Council as well as an emphasis on areas related to development and innovation."

Israel's withdrawal virtually guarantees Germany and Belgium victory in the June 8 election and seats on the council.

Israel announced its withdrawal minutes before candidates were scheduled to appear and answer questions from UN member states.

"I'm in favor of having more candidates," Heusgen said, even though "this is tougher" because candidates have to say what they stand for and respond to sometimes tough questions about their country.

"So therefore to a certain degree – this will surprise you – I regret that Israel withdrew from the race," he said.