BEIRUT/JERUSALEM (Reuters) – Israel struck in Syria early on Monday as part of its increasingly open assault on Iran’s presence there, shaking the night sky over Damascus with an hour of loud explosions in a second consecutive night of military action.

Damascus did not say what damage or casualties resulted from the strikes, but a war monitor said 11 were killed and Syria’s ally Russia said four Syrian soldiers died.

The threat of direct confrontation between arch-enemies Israel and Iran has long simmered in Syria, where the Iranian military built a presence early in the civil war to help President Bashar al-Assad fight Sunni Muslim rebels seeking to oust him.

Israel, regarding Iran as its biggest threat, has repeatedly attacked Iranian targets in Syria and those of allied militia, including Lebanon’s Hezbollah without claiming responsibility for the attacks.

But with an election approaching, and with the U.S. vowing more action on Iran, Israel’s government has lifted the lid on strikes that it once preferred to keep quiet, and has also taken a tougher stance towards Hezbollah on the border with Lebanon.

It said a rocket attack on Sunday was Iran’s work.

In Tehran, airforce chief Brigadier General Aziz Nasirzadeh said Iran was “fully ready and impatient to confront the Zionist regime and eliminate it from the earth”, according to the Young Journalist Club, a website supervised by state television.

Assad has said Iranian forces are welcome to stay in Syria after years of military victories that have brought most of the country back under his control, though two large enclaves are still held by other forces.

His other main ally Russia, worried about the consequences of Israeli strikes for the wider pursuit of a war that is now entering its ninth year, has provided Syria with air defense systems.

Israeli Prime Minister Benjamin Netanyahu, who is hoping to win a fifth term in the April 9 election, last week told his cabinet Israel has carried out “hundreds” of attacks over recent years to curtail Iran and Hezbollah.

“We have a permanent policy, to strike at the Iranian entrenchment in Syria and hurt whoever tries to hurt us,” he said on Sunday.

In a highly publicized operation last month, the Israeli military uncovered and destroyed cross-border tunnels from Lebanon that it said were dug by Hezbollah to launch attacks during any future war between them.

U.S. Secretary of State Mike Pompeo has vowed to expel “every last Iranian boot” from Syria and a senior U.S. official in Lebanon last week criticized Hezbollah over the tunnels.

Israel last fought a war with Hezbollah, on Lebanese soil, in 2006. It fears Hezbollah has used its own role fighting alongside Iran and Assad in Syria to bolster its military capabilities, including an arsenal of rockets aimed at Israel. 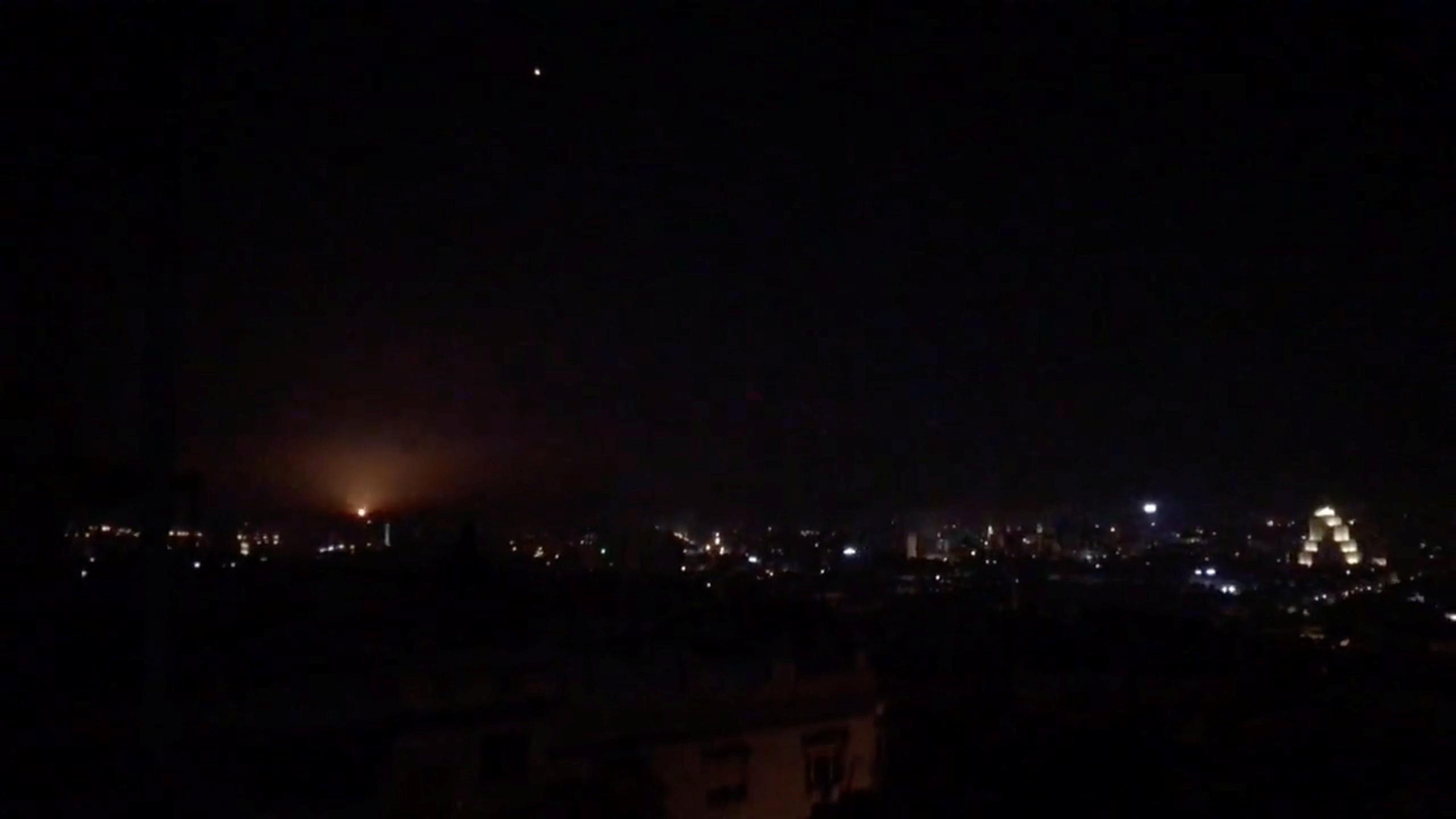 Tensions have also risen with Israel’s construction of a frontier barrier that Lebanon says passes through its territory along the contested border.

The Israeli military said its fighter jets had attacked Iranian targets early on Monday, including munition stores, a position in the Damascus International Airport, an intelligence site and a military training camp.

Its jets then targeted Syrian defense batteries after coming under fire, the Israeli military said, and the Defence Ministry of Russia, Assad’s strongest ally, said four Syrian soldiers were killed and six wounded.

The Syrian Observatory for Human Rights, a Britain-based war monitor, said 11 people had been killed.

Syrian state media, citing a military source, said the country had endured “intense attack through consecutive waves of guided missiles, but had destroyed most “hostile targets”. 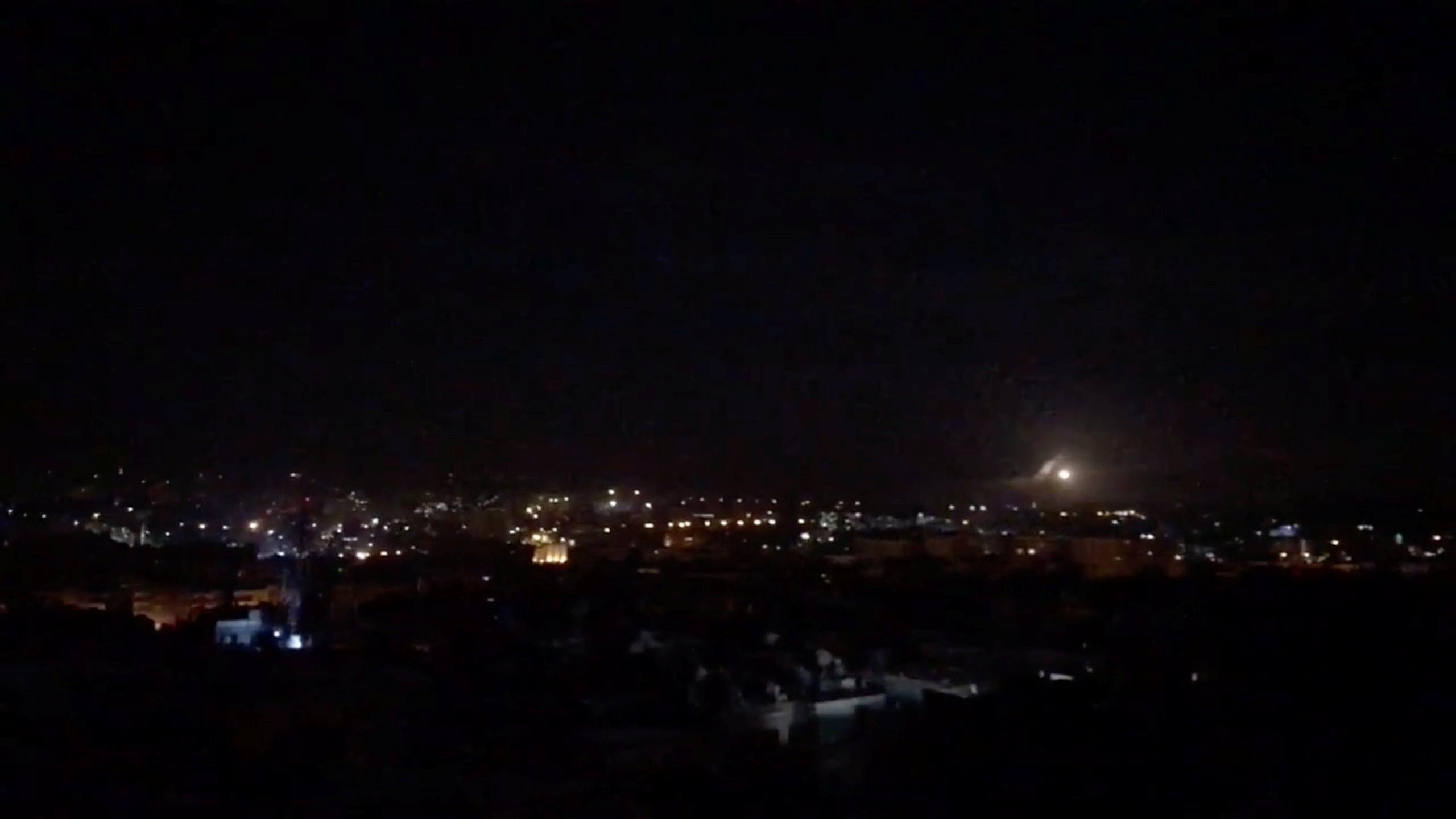 It followed a previous night of cross-border fire, which Israel said began when Iranian troops fired an Iranian-made surface-to-surface missile from an area near Damascus at a packed ski resort in the Israeli-occupied Golan Heights.

Iran has yet to respond to the accusation.

Military spokesman Lieutenant Colonel Jonathan Conricus said the area it was fired from “is an area we were promised the Iranians would not be present in”, in an apparent allusion to Russian reassurances to Israel.

Syria said it was Israel that had attacked, and its own air defenses that had repelled the assault.