No casualties reported after four Israeli raids targeted a Hamas site in Rafah in the southern Gaza Strip. 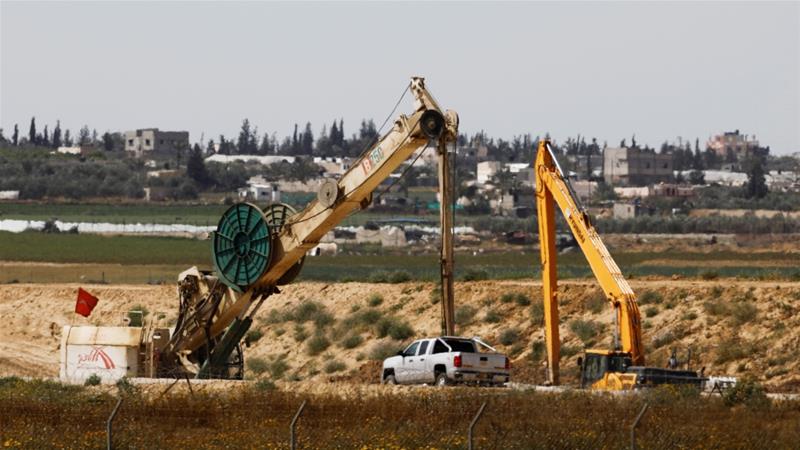 Israeli forces have targeted a Hamas site with four raids early on Sunday in the southern town of Rafah in the Gaza Strip, causing property damages.

No casualties were reported.

In a statement, Hamas spokesperson Fawzi Barhoum said that the air raids reflect the crisis of the Israeli occupation, which are meant to “terrorise civilians”.

Israel said the raids came after an operation in which four Palestinians made it past the border fence east to the besieged coastal enclave on Saturday.

According to local sources, the men attempted to damage Israeli equipment operating the underground barrier, which is being built to stop Palestinians from digging out of the strip through tunnels.

Israeli media reported that the four Palestinians had tried to set fire to a construction crane, before they withdrew back into the strip after an Israeli army unit got close to them.

The concrete ground barrier, which the Israeli government is building on the border with the Gaza Strip, is expected to be completed mid-2019 and cover a distance of 65km.

Motion sensors that are designed to identify any tunnelling work will also be installed.

To Palestinians living in Gaza, tunnels are seen as a lifeline to counteract the air, naval and land blockade that has been in place since 2007.

However, in recent years many of them were destroyed by Israel and Egypt, who claim that the tunnels were being used to smuggle in weapons for Hamas, which has ruled Gaza for the past decade.