Mohammad Zain al-Jabari dies after Israeli forces shoot him in the chest during protests in the city of Hebron. 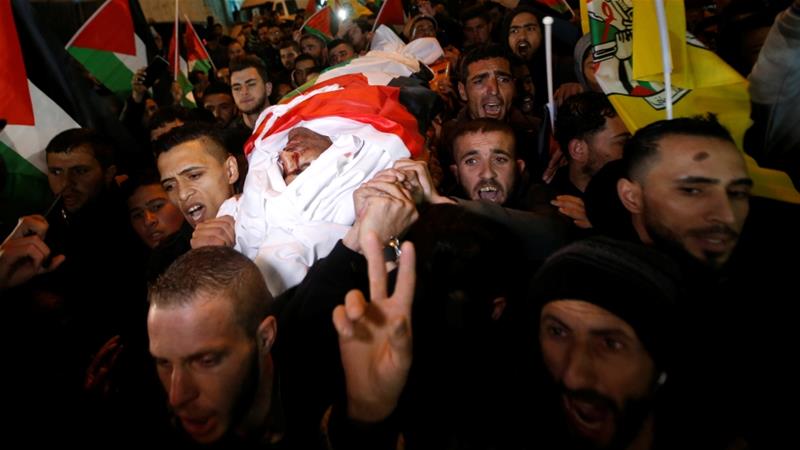 Bethlehem, occupied West Bank – Israeli forces have killed a mentally disabled Palestinian man during clashes in the Bab al-Zawiya area of Hebron city in the occupied West Bank, according to a family member and officials.

The 24-year-old was shot in the chest by Israeli forces earlier in the day during protests against US President Donald Trump’s decision to recognise Jerusalem as the capital of Israel.

According to the ministry, al-Jabari succumbed to bullet wounds after being rushed to the Hebron governmental hospital.

Al-Jabari worked in construction and leaves behind a four-year-old child.

Despite his disabilities, Abu Nasser said al-Jabari would often be the first to arrive at the scene when Israeli forces were spotted in the area.

“Mohammad loved Palestine, and he could never sit by and do nothing when [Israeli] soldiers entered the city,” Abu Nasser said.

“He was a source of pride for our family. His death was a shock and it won’t be easy for us. But this is God’s will, so we cannot be sad.

“His death has shown all of us how valuable his life was.”

A spokesman for the Israeli army told Al Jazeera that troops fired on the main instigator of what it said was “a riot in Hebron in which firebombs were hurled” at Israeli forces.

The man “held a firebomb with the intent to hurl it at troops”, the spokesman said.

He said the incident would be reviewed.

They carried his body through Hebron’s streets and promised to continue their fight for freedom.

Clashes broke out between the city’s grieving residents and Israeli forces after the funeral.

The Palestinian health ministry said Israeli forces injured dozens of other Palestinians during clashes across the West Bank and the besieged Gaza Strip on Friday.

Protests have continued in the occupied Palestinian territories every Friday since Trump’s Jerusalem move.

Palestinians maintain that East Jerusalem must become the capital of a future Palestinian state in any future peace agreement with Israel, while Israel considers the whole of Jerusalem to be part of its territory.

Israel occupied and subsequently annexed East Jerusalem in 1967 in a move that was not recognised by the international community.

At least 27 Palestinians have been killed since Trump’s decision three months ago, most of whom were shot and killed during clashes with Israeli forces.

Palestinians in the occupied territory have lived under Israeli military rule for more than half a century.

In order to enter Jerusalem, Palestinians must apply for Israeli-issued permits.

Many Palestinians, owing to Israel’s security restrictions, are banned from entering Jerusalem.

Trump’s decision is seen as another blow to the dwindling hope among Palestinians for any prospects for an independent state.