JERUSALEM (Reuters) – Israelis began voting in an election on Tuesday that could hand conservative Prime Minister Benjamin Netanyahu a record fifth term or see him dethroned by an ex-general who has pledged clean government and social cohesion. 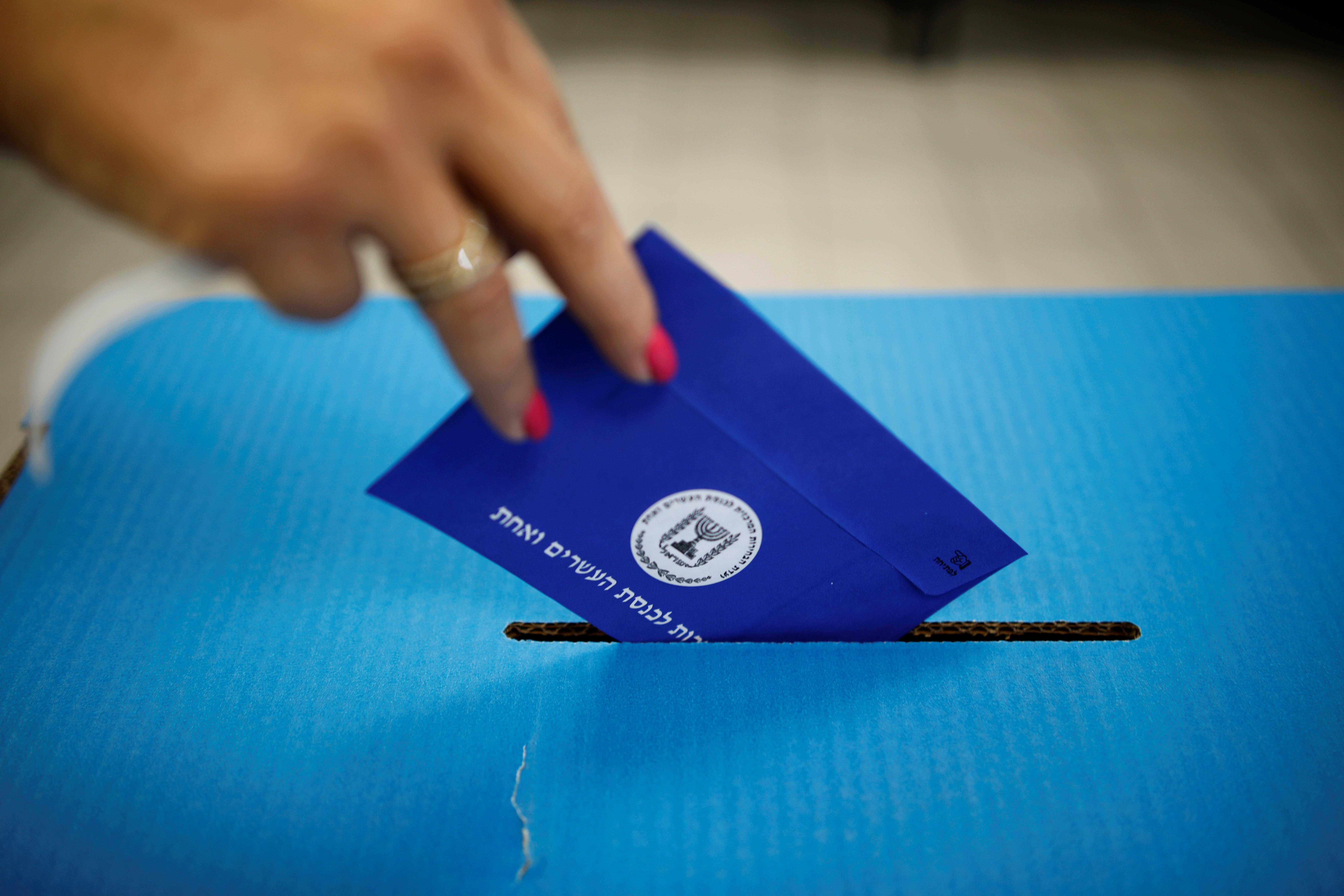 Polling stations opened at 7 a.m. (0400 GMT) across the country and close at 10 p.m. (1900 GMT). But the victor may not be decided immediately. No party has ever won an outright majority in the 120-seat parliament, meaning days or even weeks of coalition negotiations will lie ahead.

Dubbed “King Bibi,” Netanyahu has rallied a rightist camp hardened against the Palestinians and played up Israeli foreign policy boons that are the fruit of his ties with the Trump administration.

But the 69-year-old Likud party leader’s hope of overtaking Israel’s founding father, David Ben-Gurion, as longest-serving premier in July has been dented by a looming graft indictment. He denies any wrongdoing.

Critics warn of “Bibi fatigue” and argue that the parliamentary election should bring fresh faces to high office.

Stalking Netanyahu in the opinion polls has been Benny Gantz, a former chief of the armed forces and centrist political novice. Buttressed by two other former generals at the top of his Blue and White party, Gantz, 59, has sought to push back against Netanyahu’s self-styled image as unrivalled in national security.

After the election Israel’s president, Reuven Rivlin, will consult the leaders of every party represented in the Knesset and select the person he believes has the best chance of forming a government.

“I’m feeling excited because I think we are going into a new era, and we are going to change the government today,” he added.

“He has had enough, he did enough. Now when he feels his earth, the political earth, is shaking, he is destroying everything. This has to be stopped. I am here for my kids and the next generations. There is no one who can’t be replaced.”

Backing Netanyahu was another voter at the same polling station, Avi Gur, 65, a lecturer at Ariel University in a settlement in the Israeli-occupied West Bank.

“Very excited, very excited. I hope that rightism will win,” he said, adding that the Likud leader was “the best prime minister there has ever been” in Israel.

“I voted for them hoping for change, a change in the racism that exists here,” she said. “We live together in a place of peace, why should hate exist between people?”

With little policy daylight between the two main candidates on issues such as Iran and relations with the Palestinians, much of the voting will be guided by judgments on character and personality.

In vitriolic campaigns waged largely over social media rather than in town squares or street corners, they have traded escalating accusations of corruption, of fostering bigotry and even of conspiring with Israel’s adversaries.

Netanyahu casts himself as the victim of media bias and judicial overreach. “This is a choice between a strong right-wing government under Netanyahu or a weak leftist government under Gantz,” his Likud party said in a pre-election statement.

Gantz casts himself as a salve for Israel’s religiously and ethnically riven society and its ties with liberal Jews abroad. “Netanyahu is not the messiah, nor an irreplaceable legend,” Gantz told Reuters in the run-up to the election. “The people of Israel long for something else.”

But the distinctions between the leading parties in Israel were not as vivid as they had been in past decades, said Nabil Shaath, a veteran adviser to Palestinian Authority President Mahmoud Abbas.

“There were times when elections were important, because there was really more than one camp in Israel, there was a left and there was a right,” he said on Monday. 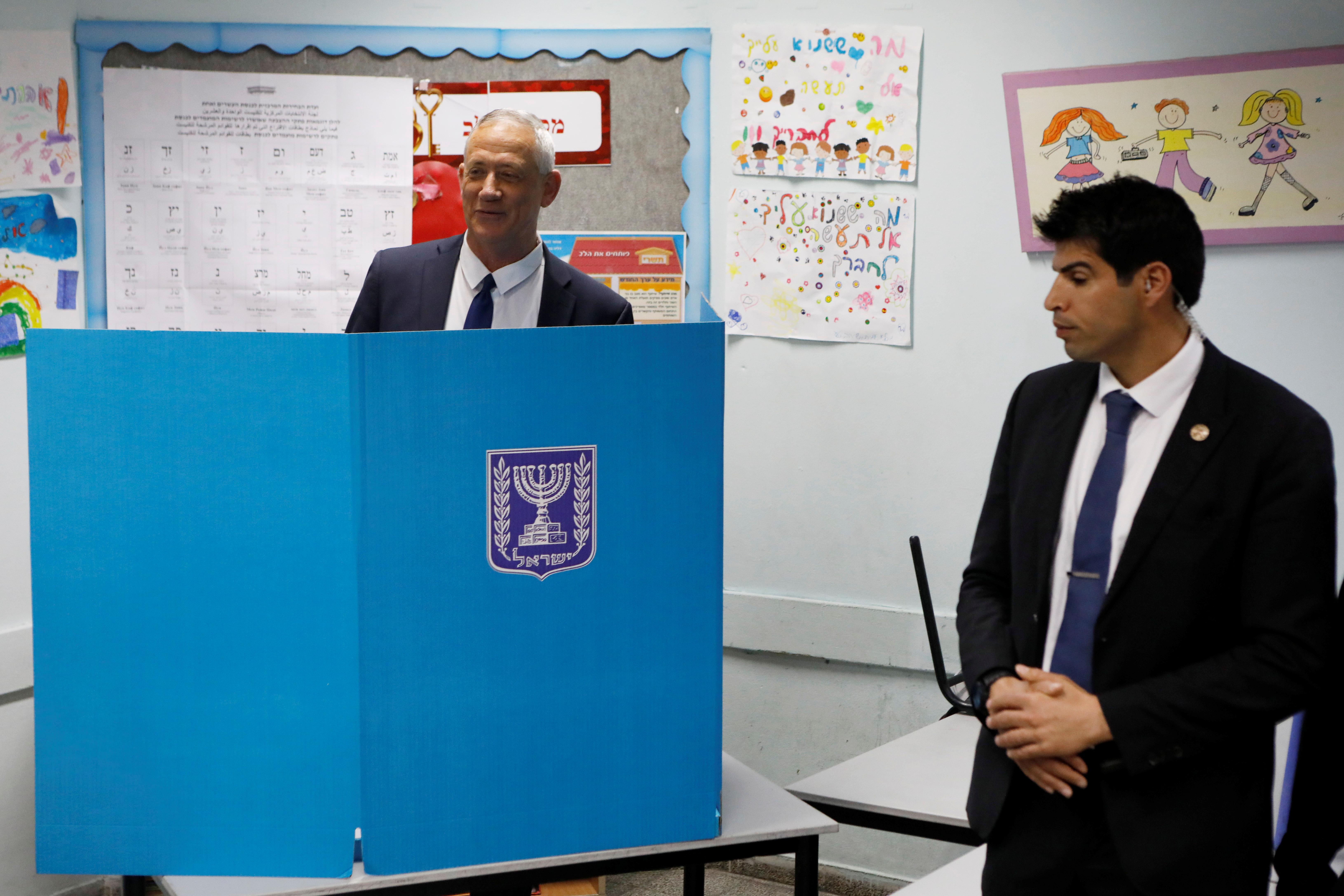 Both Netanyahu and Gantz have publicly ruled out a future alliance in a “national unity” coalition, but some analysts predict a rethink, especially if the candidates agree to tackle together a widely expected U.S. plan for Middle East peace.