German MPs voted for a bill by the Federal Council introducing an additional passage into the criminal code which means defaming the EU flag and anthem will be punishable. Until now, fines or imprisonment could only be imposed if state symbols of the Federal Republic of Germany were disfigured or abused.

Violations of the new regulation can – in line with the existing prohibitions – be punished with a custodial sentence of up to three years or a fine.

The regulation also includes destroying, damaging or defacing the EU flag and attempts to do so.

If other flags are burned, for example during demonstrations, the penalty requirement that Germany maintains mutual relations with the other state and that the Federal Government must have authorized criminal prosecution does not apply. 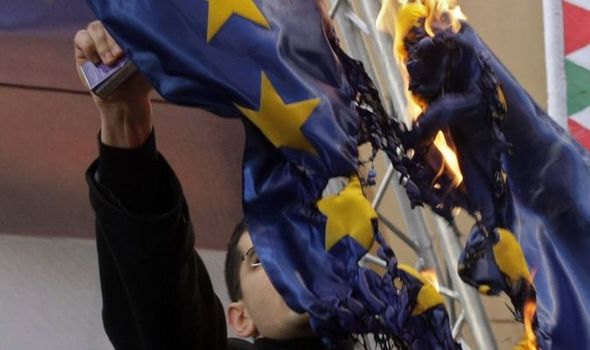 Federal Justice Minister Christine Lambrecht (SPD) said: “The burning of flags in public has nothing to do with peaceful protest.

“It stirs up hate, anger and aggression and hurts the feelings of many people.”

The SPD had spoken out in favour of protecting the Israeli flag after it was set alight at a demonstration in Berlin in 2017. 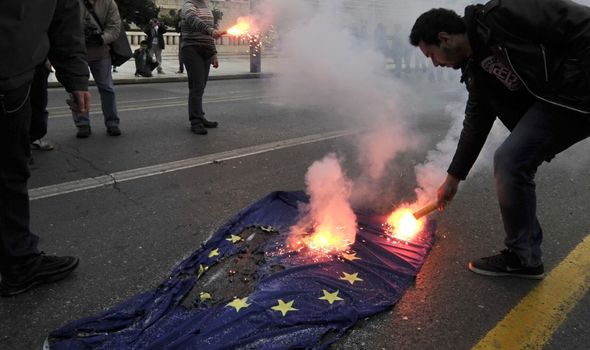 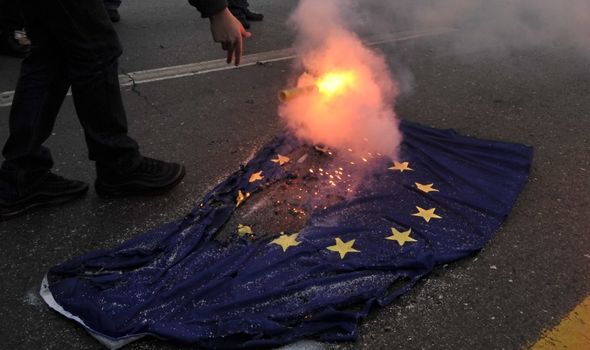 With the decision to extend the law there is now uniform criminal protection for foreign flags and the symbols of the European Union.

In an amendment, which was rejected by a large majority, they spoke of “excessive interference with freedom of expression and art”.

The move comes at a time of heightened tension within the bloc and a marked rise in anti-German sentiment as member states failed to get to grips with a united stance to tackle the coronavirus crisis.

Italy, which still bitterly resents its treatment by Brussels at the height of the Mediterannean migrant crisis, once again felt it was left to deal with an emergency on its own.

Opinion polls in the country showed record levels of dissatisfaction with the EU and even long-standing supporters of Brussels openly questioned its effectiveness in the face of a major international crisis such as the coronavirus pandemic.

Berlin caused further ourtrage thoughout the bloc when it ruled against the European Central Bank on the issue of financial aid for EU member states hardest hit by COVID-19.