‘They sedated me and tied me to a bed’: Student, 19, was forced by her family to have an abortion after being tricked into returning to Pakistan when she got pregnant in Italy

A student who was forced to have an abortion after being taken by her family to Pakistan when she got pregnant by her Italian boyfriend has been returned to Italy.

The 19-year-old, identified as Farah, had been studying in Verona when she became pregnant.

Her family tricked her into going back to Pakistan in February and she was only rescued by Pakistani police in Islamabad last week.

‘They sedated me, tied me to a bed and forced me to have an abortion,’ said Farah in text and audio messages she managed to sneak to her friends in Italy, according to Italian news reports. 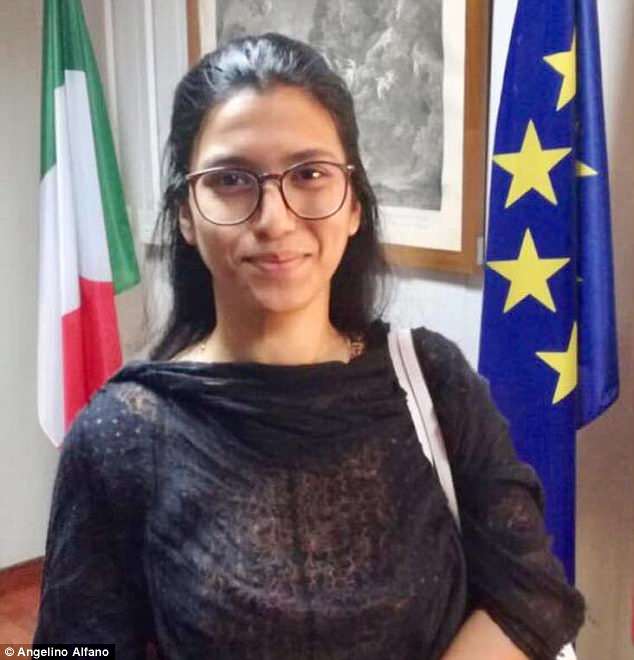 Farah, 19, has returned to Italy after accusing her family in Pakistan of tricking her to come home and forcing her to have an abortion

She said her parents had tricked her into returning to Pakistan for her brother’s wedding and then forced her to abort her child. She wrote of being afraid for her life.

Farah’s case had attracted a lot of interest in Italy following the recent strangulation death in Pakistan of Sana Cheema, an Italian of Pakistani origin who police suspect was killed by her family because she refused an arranged marriage.

Farah didn’t have Italian citizenship, only a residency permit. Nevertheless, the foreign ministry activated Italy’s embassy in Islamabad after Verona authorities heard from Farah’s friends that she had been tricked into going home and was forced to have an abortion.

Foreign Minister Angelino Alfano tweeted Thursday that Farah was safely back in Italy, and he thanked Pakistani authorities who had removed Farah from her family’s Lahore-area home and brought her to the Italian embassy in Islamabad. 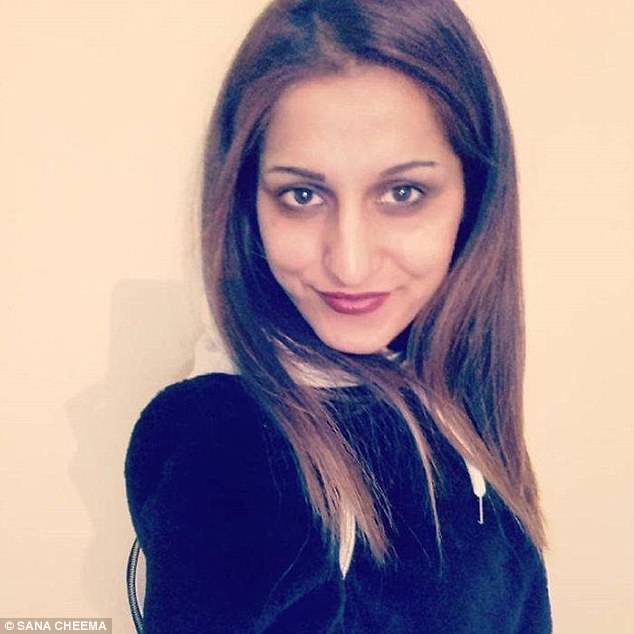 Farah’s case had attracted a lot of interest in Italy following the recent strangulation death in Pakistan of Sana Cheema, an Italian of Pakistani origin who police suspect was killed by her family because she refused an arranged marriage 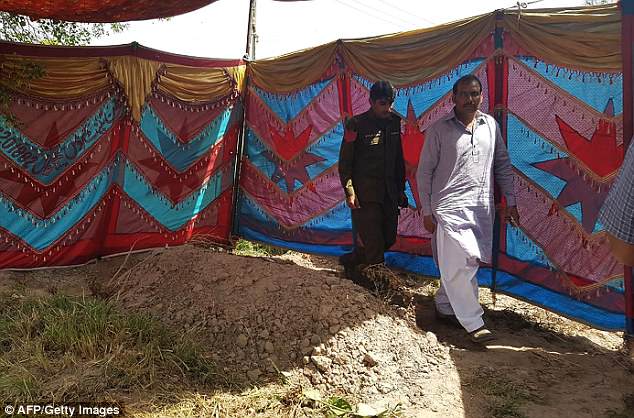 Pakistani policemen walk beside the grave of Italian national of Pakistani origin Sana Cheema, who was allegedly killed by her family members

Alfano had previously said that Italy acted in Farah’s defense as a matter of respecting her human rights and ‘fundamental rights based on the equality of men and women.’

Once in the embassy, Italy arranged for Farah’s Pakistani passport to be renewed – her family had destroyed the one she traveled with – and issued her a visa to return to Italy.

Farah’s case prompted an outpouring of solidarity from Italian politicians from across the political spectrum eager to prevent a repetition of the Cheema case. Verona’s social services office, which had received complaints from Farah previously about her abusive father, guaranteed her needs will be met and safety ensured.

Left-leaning lawmaker Laura Boldrini, the former house speaker, praised Farah for raising her voice and ‘making us understand that when a woman rebels against those who want to oppress her, she will never be left alone.’

Right-wing leader Giorgia Meloni, who has demanded a harsher crackdown on illegal immigrants, went so far as to call for Italy to grant Farah citizenship.