Italy is on the verge of forming a new government that could usher in sweeping economic reforms including a universal income scheme and flat tax rate.

The anti-establishment 5-Star Movement and far-right League parties said on Monday that they are in the final stages of thrashing out an ‘historic’ coalition deal, which could see a government in place by the end of the week.

Top on the list of negotiating points will be 5-Star’s promise to give Italy’s poorest a guaranteed income of £700 per month and League’s pledge to introduce a flat 15 per cent tax rate for both individuals and businesses. 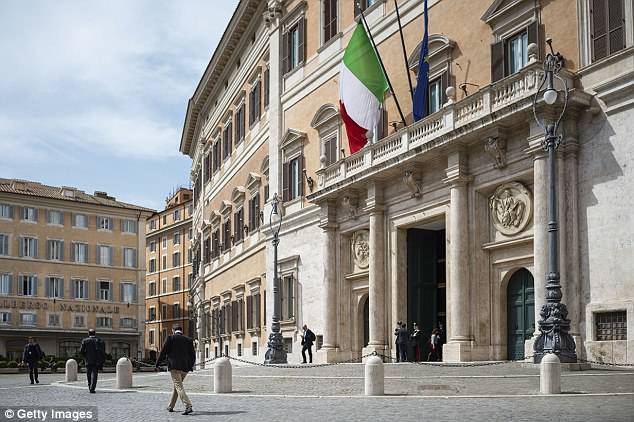 Italy is on the verge of forming a coalition government between the 5-Star Movement and League parties, which have pledged sweeping economic reforms (file) 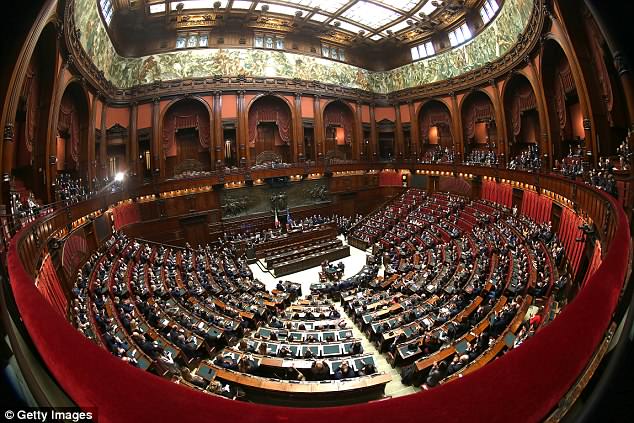 While the terms of their deal are unclear, 5-Star has promised to give the poorest £700 per month in basic income, while League has pledged a flat 15 per cent tax rate

While negotiations are still ongoing and nothing had been announced as of Monday evening, both parties have repeated pledges to introduce the policies post-election.

Standing in the way will likely be EU budget officials who will say that introducing both schemes will raise Italy’s debt, which already stands at 130 per cent of GDP, way above agreed levels.

The basic income scheme is forecast to cost £15billion per year, while the tax reform will reduce government income by £70 billion.

Both parties have also pledged to scrap an unpopular pension reform at a cost of £13billion and cancel a planned sales tax hike, costing £11billion.

Both parties are also deep in negotiations to find a leader who would appease their voters, with Mattarella having a final say.

After another day of negotiations on Monday, 5-Star leader Luigi Di Maio told Mattarella that no decision has been reached. Luigi Di Maio, leader of 5-Star, said on Monday that both parties were still finalising their deal and have asked President Sergio Mattarella for a few more days to complete talks 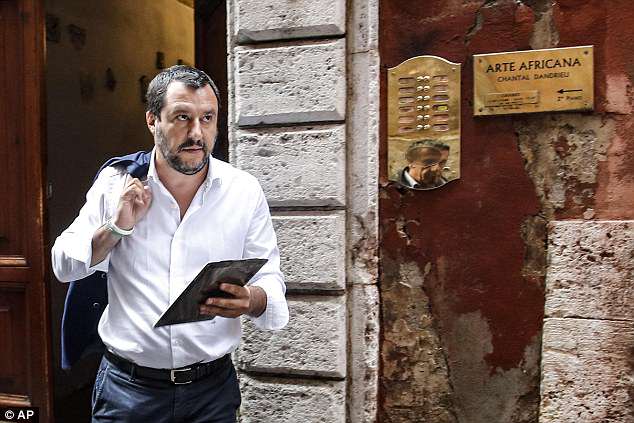 League leader Matteo Salvini spent the weekend in talks with Di Maio in the hopes of thrashing out a coalition deal, but failed to make a breakthrough

‘We told the president we needed a few more days to conclude the discussion on policies and then form a government of change for our country,’ he said.

Di Maio spent the weekend in meetings with League counterpart Matteo Salvini, saying on Sunday that they were close to a deal.

He said on Monday he had spoken to both leaders and would be willing to do the job so long as former centre-right economy minister Domenico Siniscalco took charge of the economy again.

But shortly after Sapelli spoke, a 5-Star source denied that he was their pick for the top office.

Should no agreement be reached, new elections are likely.

The two parties – the largest groups in the legislature who together can muster a majority in both houses – were adversaries before the March 4 national election, which produced a hung parliament.

Five-Star won 32 per cent of the vote and the League 17 per cent.

They have been negotiating since Thursday to try to settle on a ‘contract’ of mutually acceptable policy commitments.