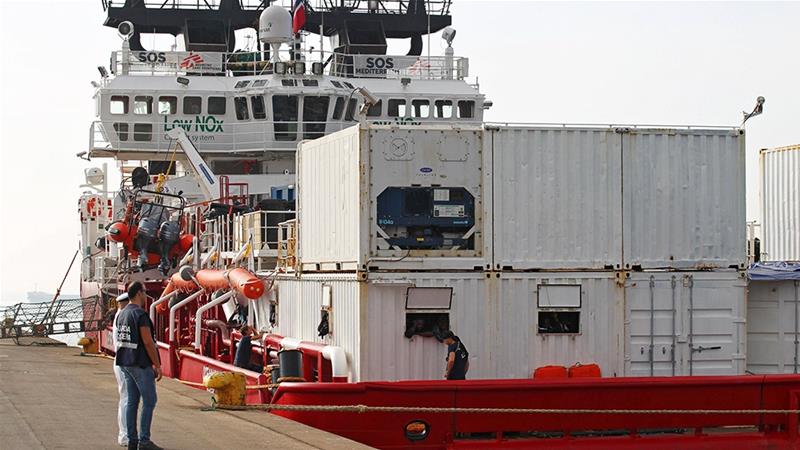 Italy’s government has said it will allow 104 people to disembark from a charity ship that rescued them in the Mediterranean Sea after it spent 11 days at sea waiting for authorisation.

The people on board the Ocean Viking were authorised to dock in the Sicilian port of Pozzallo, the Italian interior ministry said in a statement on Tuesday, adding that France and Germany had agreed to take in 70 of them.

Amongst those on board were 10 women – two of them pregnant – and 41 children under 18.

Doctors Without Borders (MSF) and SOS Mediterranee, the charities operating the rescue vessel, issued an appeal on Monday asking Europe to designate a safe port for the people they had picked up off the Libyan coast on October 18.

According to MSF, an agreement was also reached to let 90 people on board another Mediterranean rescue ship, the Alan Kurdi, disembark. However, there was no immediate confirmation of this from Italy.

“We are relieved, and appreciate that France, Germany, and Italy have finally found a solution for relocation of all 104 survivors on board Ocean Viking, and the 90 people on board Alan Kurdi,” Michael Fark, the MSF head of mission for Libya and the Mediterranean, said on Tuesday.

“After days stranded at sea, and enduring horrific conditions in Libya and along their journey, finally they will be taken to safety.

“It is unacceptable to strand people at sea, waiting days and weeks while European states debate whether and how to fulfil their humanitarian and legal obligations. It’s disappointing that only three states were part of this solution,” he added, calling all European countries to “live up to their principles”.